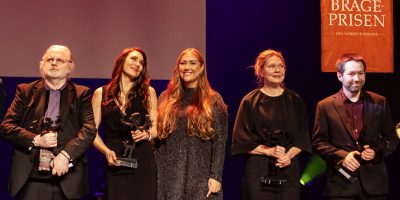 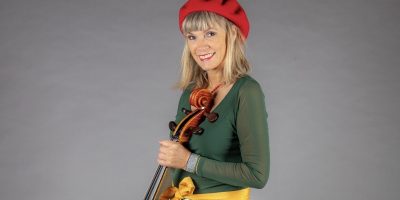 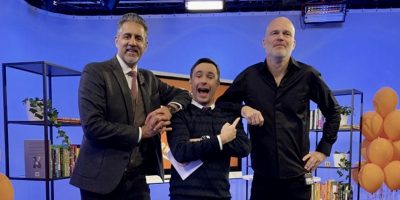 The deadliest year since 1994

At least 81 journalists were killed in 2006 in 21 countries while doing their job or for expressing their opinion, the highest annual toll since 1994, when 103 died (half of them in the Rwanda genocide, about 20 in the Algerian civil war and a dozen in former Yugoslavia). 32 media assistants (fixers, drivers, translators, technicians, security staff) were also killed 2006 (only five in 2005).

Iraq was the world’s most dangerous country for the media for the fourth year running, with 64 journalists and media assistants killed. Since fighting began in 2003, 139 journalists have been killed there, more than twice the number in the 20-year Vietnam War (63 killed between 1955 and 1975). About 90% of the victims were Iraqis. Investigations were very rare and none were completed. Unlike other organisations, Reporters Without Borders includes journalists in its death count only when it is certain that their deaths are linked to their work as journalists. Dozens of other cases have not been included because investigators have not yet determined the motives or because it is clear that they were not related to the issue of press freedom.

The second most dangerous country was Mexico, which also moved ahead of Colombia as Latin America’s deadliest place for the media. Nine journalists were killed there in 2006 because they were investigating drug trafficking or reporting on violent social unrest. US cameraman Brad Will was shot dead in late October in turbulent Oaxaca state, where strikes often degenerated into armed clashes, and other journalists were injured there.

The body of journalist Enrique Pera Quintanilla, editor of the monthly Dos Caras, una verdad, was found by a roadside in the northern state of Chihuahua in August. The paper specialised in reporting on unsolved murders and drug trafficking.

The situation in The Philippines was grim too, with six journalists killed (compared with seven in 2005). Fernando Batul, a commentator with the radio station dyPR, was shot dead in late May as he was going to work on Palawan Island, southwest of Manila. The authorities said he was killed because he had criticised a brutal policeman, who was subsequently arrested and will shortly be tried. The March 2005 killers of anti-corruption columnist Marlene Esperat were jailed for life. But those punished were only triggermen and those who ordered the killings are still walking free. However, in a country where impunity is the rule, the trial and sentences were a good precedent.

Three journalists were killed in Russia, making 21 since President Vladimir Putin came to power in March 2000. The murder in October of reporter Anna Politkovskaya, of the weekly Novaya Gazeta and a Chechnya expert, was a reminder that even the best-known journalists with major international support do not escape such deadly violence. Pressed by democratic countries to find and punish the culprits, the government has assigned a team of 150 detectives to the case.

Press freedom shrank further in neighbouring Turkmenistan, with the crackdown on independent media reaching a peak in September when the family of Radio Free Europe correspondent Ogulsapar Muradova announced she had died in prison, three months after being jailed. Despite repeated demands by the European Union, the authorities did not investigate her death. In Lebanon, a photographer and a TV technician were killed by Israeli bombing during the war with Israel. A dozen journalists were injured or wounded during the fighting in the summer.

Over 1,400 physical attacks or threats were recorded by Reporters Without Borders in 2006, which was another record. Many of them were during election campaigns in various countries.

Attacks on journalists in Bangladesh, already routine, became daily at the end of the year, a few weeks before key parliamentary elections, and were carried out by security forces and political party supporters.

A dozen countries in the Americas held important national elections during the year. Reporters Without Borders had registered more than a dozen physical attacks on journalists and another dozen threats to them in Peru by early March, a month before presidential elections,. In Brazil, a daily paper’s offices were ransacked on election day by supporters of a local politician in the southern town of Marilia.

Supporters of the two main presidential candidates in the Democratic Republic of Congo – outgoing President Joseph Kabila and his rival Jean-Pierre Bemba – regularly attacked journalists they accused of sympathising with the "enemy camp." A visiting foreign reporter was deported in both Uganda and Ethiopia at election time.

Belarus cracked down on journalists and regime opponents a few days after President Alexander Lukashenko’s reelection in March, and a dozen local and foreign reporters were physically attacked, including Olga Ulevich, Russian correspondent of the newspaper Komsomolskaya Pravda, whose nose was broken when plainclothes police beat her up.

Cases of censorship were slightly down – 912 against 1,006 in 2005, when Nepal had the worst record. The ceasefire there in mid-2006 gave the media a break, with the release of imprisoned journalists and many local radio stations able to freely broadcast again.

Thailand recorded the most cases of censorship. After a military coup in September, more than 300 community radio stations were shut down along with several Internet websites. Things returned to normal after a few weeks.

It was impossible to get exact information on censorship in China, Burma and North Korea, countries where blanket measures were taken against the media, affecting dozens and even hundreds of outlets at the same time.

Bloggers and cyber-dissidents in these countries were regularly thrown into prison for expressing their opinions online. Websites were closed down, made inaccessible or filtered and discussion forums had especially critical messages deleted.

About 30 bloggers were arrested during the year and held for several weeks, notably in China, Iran and Syria. Egypt appeared for the first time on the "enemies of the Internet" list for its growing crackdown on bloggers who criticised Islam or President Hosni Mubarak.

At least 871 media workers were detained around the world in 2006, some for just a few hours and others sentenced to many years in prison.

The jailing in China of Zhao Yan (for three years) and Ching Cheong (for five), both of them working for foreign media, drew strong international protests. The appeals against their sentences were not even heard by a court, depriving them of a chance to defend themselves. The death of Turkmenistan’s "President-for-Life" Separmurad Nyazov in December could end the repression of journalists and human rights activists. Two of them, Annakurban Amanklychev and Sapardurdy Khajiev, were given prison sentences of six and seven years in June for helping a foreign journalist doing a report on the country. Burma’s famous journalist and pro-democracy activist, Win Tin, began his 18th year in prison. He was awarded the 2006 Reporters Without Borders – Fondation de France prize for his fight for freedom of expression.

An extra worry: journalists being kidnapped

For the first time, Reporters Without Borders recorded in detail the number of journalists kidnapped around the world.

At least 56 were kidnapped in 2006 in a dozen countries. The two riskiest places were Iraq, where 17 were seized, and the Gaza Strip, where six were kidnapped. All those seized in the Palestinian Territories were freed, but six in Iraq were executed by their captors.

Reporters Without Borders met Iraqi President Jalal Talabani at the end of the year and urged him to put a stop to such incidents. A mission also went to Gaza to ask Palestinian President Mahmoud Abbas and leaders of the main Palestinian factions to see that their supporters and the general population did not interfere with media workers.