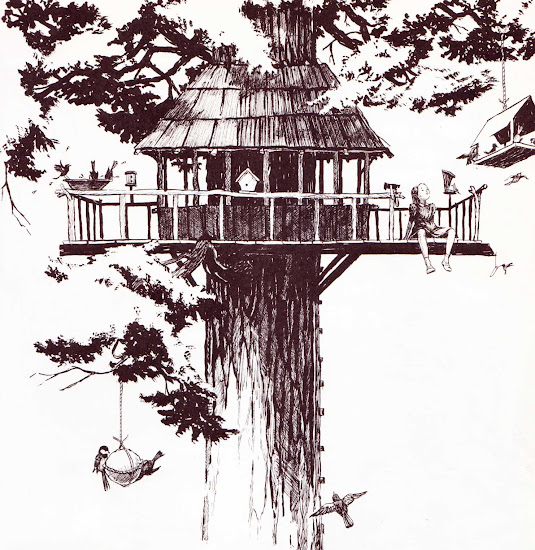 It took me a while to come to this book. I’d seen it a million times and bought it a dozen times, but never once had I opened it, opting to give it away or donate it, instead. (I think I even sold a copy once!) I don’t know why it was a book that I would pick and buy, but it never made it on the reading pile. I suppose something about the cover kept me from being compelled to read it to my son. Then I saw this post by Jill two months ago, and it made me think again. I looked around the house and was surprised to find that I no longer owned a copy, but as is always the way in this line of work, it was only a few weeks later that I spied one at a library sale.

Needless to say, my son has requested it in his nightly reading stack almost every night since.

This is a great book. Perhaps one of the best ever. Now, an all-time favorite. It’s so good that it makes me sad that I passed it over so many times. Scary when that happens. Makes me wonder how many other awesome books I’ve picked up and then failed to open. (I ignored her book Summerfolk, as well, but in the last year, that’s become a favorite, too. Will have to post on that tomorrow.) 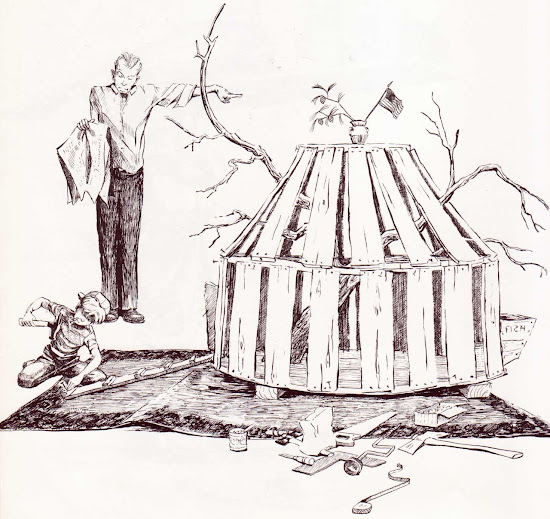 Andrew Henry was in the middle. He was always with himself, yet he didn’t mind.

He had plenty of things to do. 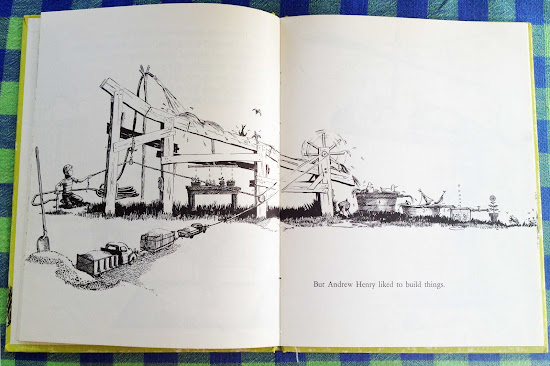 Now, see. I totally just got goosebumps typing those words. That’s how incredibly awesome this book is. The things Andrew has to do is invent and create amazing things. A pint-sized Rube Goldberg, he invents a water machine out of hoses, wheels and wood that is a bird bath, irrigation machine, duck pond, toy boat tub, goldfish bowl and frog waterer, all at the same time. Much to his family’s chagrin, he builds a helicopter in the kitchen, an eagle cage in the living room, a merry-go-round out of his sisters’ sewing machine and a pulley system for his brothers that does pretty much everything. When his siblings insist his inventions are «spoiling all our fun», he decides to build his own house in the meadow where no one will ever bother him again.

And boy, does he build a house…

It isn’t too long before another child arrives, toting her bird cages and sorrowing that her dad doesn’t care for birds. 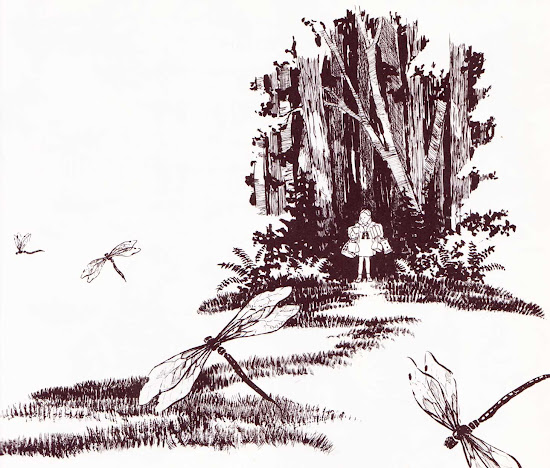 Andrew Henry builds her a tree house to beat all tree houses, and soon half the children in the village show up, all with different housing needs that Andrew Henry brings to life. He creates a docked fishing cabin for George, a dress-up castle with a moat for Jane, an underground dug-out for Joe, and on and on and on, until the meadow looks like a small village of its own. 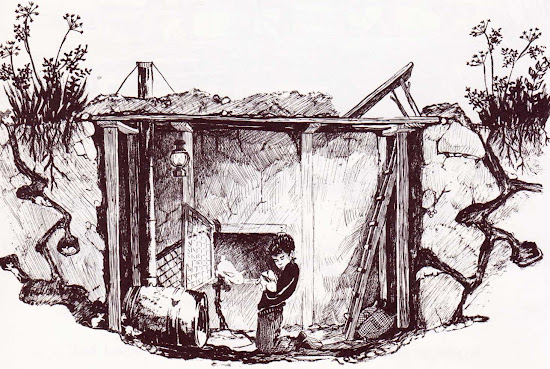 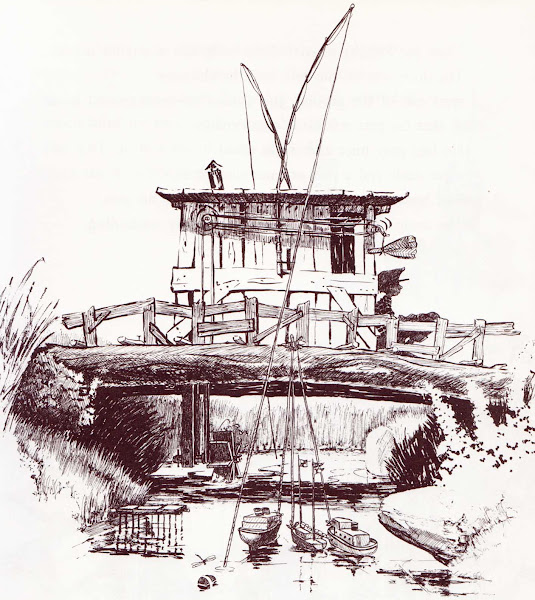 I won’t spoil the fun by telling you what happens when the parents and families get wind, but this book is an absolute must-have for any like-minded person who reads this blog. The drawings are brilliant and inventive and Ms. Burns has such a way with stories that magic is guaranteed. 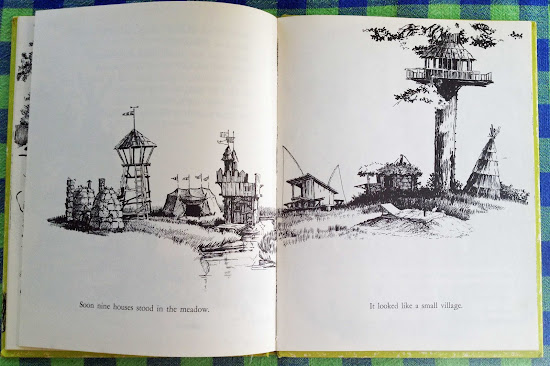 It was reissued in 2005, and Jill also mentioned in her post that Zack Braff is working on putting together a movie version that he’s describing as «if Terry Gilliam had directed The Goonies«.

I know it’s hard to make an honorable movie out of a beloved book, but that description sounds pretty damn awesome to me. 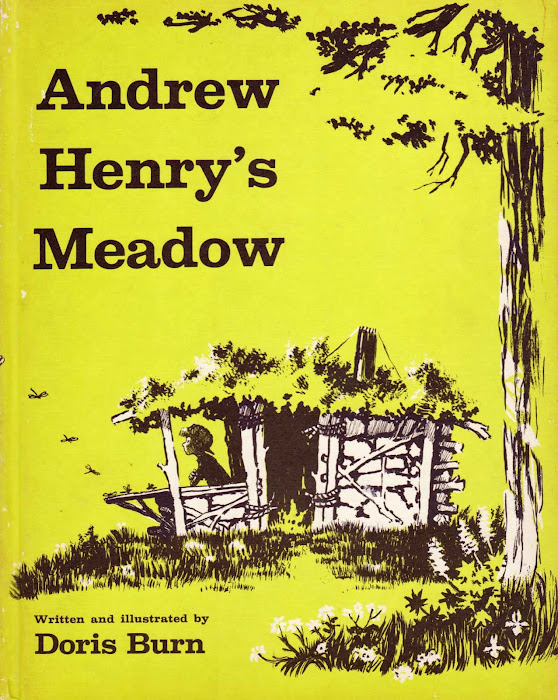 Aldo by:
The Summerfolk