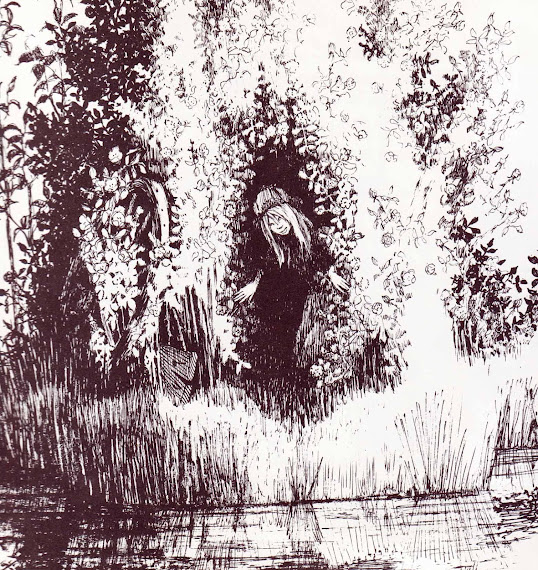 As promised, here’s a look at Doris Burn’s other magical book of mystery. I never knew this story as a child, but if my son’s enthusiasm is any indication, wow, I would have LOVED it.

With so much of immersion first grade, assigned reading and homework absorbing our days now, we honestly only have about an hour to read together for pleasure. In the mornings recently, my husband has spent the breakfast half hour reading Calvin and Hobbes strips to my son. After school, the boy does the assigned class reading in Spanish. Then at night, I usually read him two or three picture books, he reads me a book in Spanish and usually a book in English (but don’t tell his Spanish teacher that because he is not allowed to read in English), then I read him a few chapters from a novel (currently, we are reading Dominic by William Steig), and lastly, I leave him in his room to read whatever he wants for however long he wants by himself which is usually Babymouse, Tintin, Sidekicks or some other graphic novel type story. 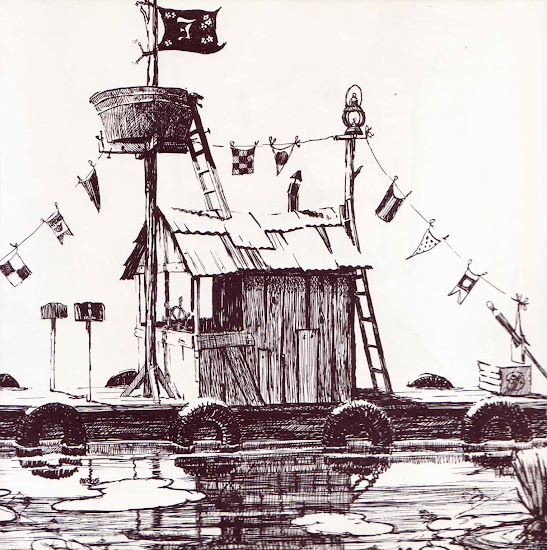 What I love about this configuration is that he gets all sorts of influences from many different sources. At almost seven, he loves picture books more than ever, but will sit and listen (for as long as you’re willing to read) to pretty much anything. And though there’s a part of me that laments our choice to put him in Spanish immersion as he won’t be taught to read in English again until the third grade (when I see the boys and girls in the regular program reading their chapter books, it makes me sigh and remember patience), I love the fact that he is still very much in the world of wanting to be read to.

I hope that never goes away.

Though we came to Summerfolk late in this house, I feel like almost seven is the perfect age to appreciate the story. Now that the realities of life are beginning to open up to him more, it makes stories like this all the more wondrous. 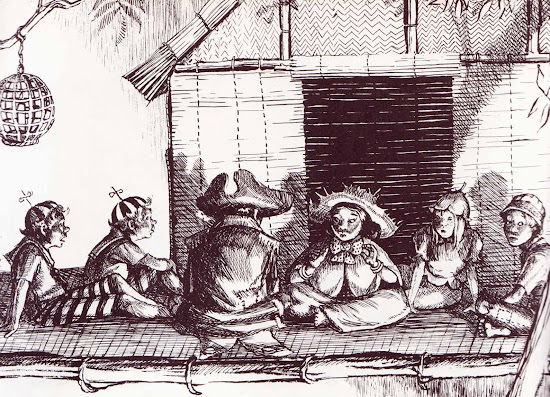 Willy Potts’ house was on a sand dune. In the back of the house was a swamp, but in front the sand led all the way down to the sea. Although the house was little more than a shanty, Willy and his dad, Joe Potts, lived there both winter and summer, for Joe Potts was a fisherman. All winter long, life seemed to go along nice and steady for Willy and Joe Potts.

But all summer long — well, that was another kettle of fish. Every summer, strange people came from the city for a holiday beside the sea. These strangers were called summerfolk. And if there was one thing on which Willy and Joe Potts agreed, it was that they didn’t have any use for summerfolk. 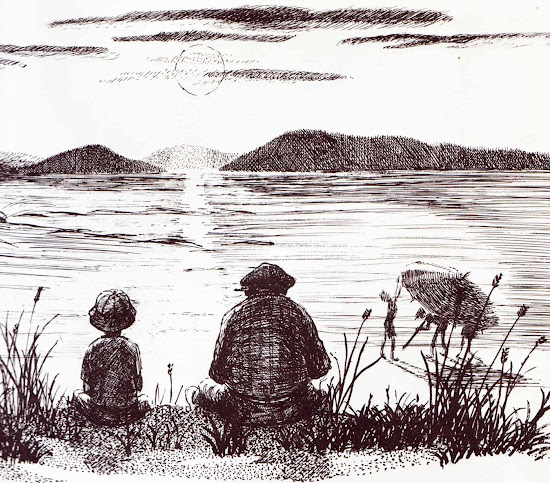 Well, that is until Willy meets a mess of mysterious summerfolk who show him a hidden world in the marsh. Starting with a strange boy in admiral’s garb, the boy finds himself building a floatilla of amazing sea vessels and interesting acquaintances. Exactly the sort of adventure that I fantasized about at that age. Goonies, indeed.

Sadly, Ms. Burn died around this time last year, but the Wiki gives a peek into an amazing life that was lived for the most part on Waldron Island in the San Juan Islands archipelago of Washington.

By the end of the book, Willy and the troop of vagabonds have fully bonded and parted ways, and when his father mutters his delight now that the «sand fleas» have departed, Willy utters the unforgettable line, «I reckon there’s summerfolk and summerfolk.»

Truer words have never been spoken. 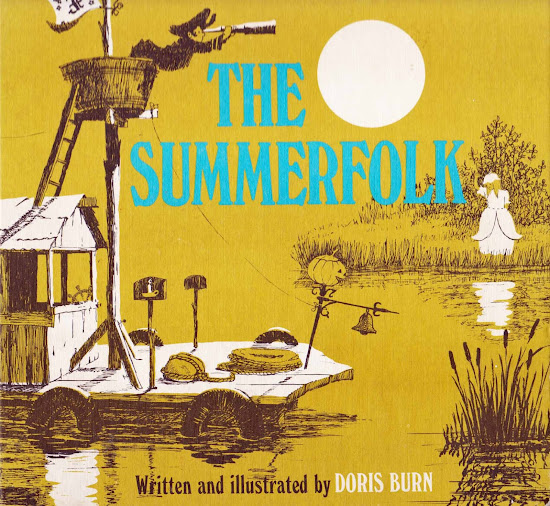