The Story of Edward 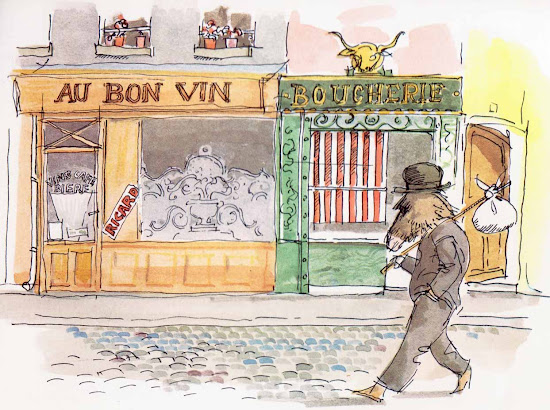 The Story of Edward

Having taken two days off to nurse a sick boy, I’ve managed to steal a few moments for myself to come here and write. Note to parents, do NOT suggest watching the movie version of Bridge to Terabithia to a sick first grader lest you desire to spend the afternoon in bed crying with him. At the end, he wept and demanded another movie that was «safe». I’ll be redeeming myself this evening by reading several extra chapters of The Hobbit, aloud.

That said, I wanted to share with you a marvelous little wonder of a book by the French illustrator and children’s book author, Philippe Dumas, about a waltzing donkey who dreams big and masquerades as a human. 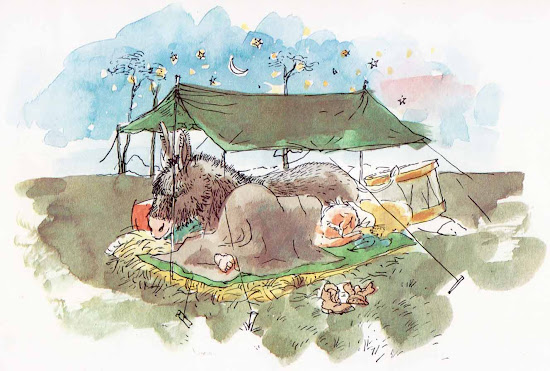 This is a story with a happy ending about a donkey called Edward. Here is Edward dancing a waltz. He has a wonderful talent for waltzing. And here is Edward’s old master, Angelo Dupas, a musician of remarkable skill. It was Angelo Dupas who taught Edward to Waltz. Together they put on a spectacular show.

Quite a team the two make, until his master dies, leaving Edward with the wise and noble advice, «never let any one see your long ears.» 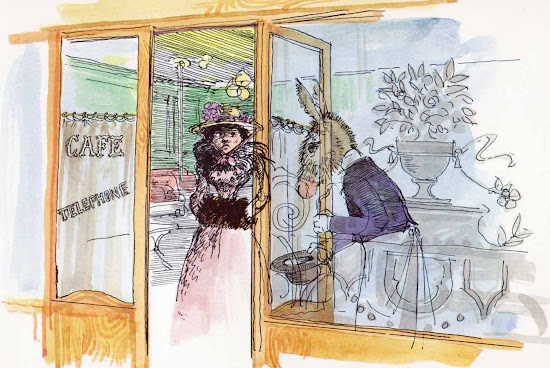 Edward sets out to seek his fortune, becomes a waiter, falls in love with a human cashier who, when he exposes his true identity to her, betrays him. He manages to escape the police, and eventually finds happiness and a true love of his own kind. 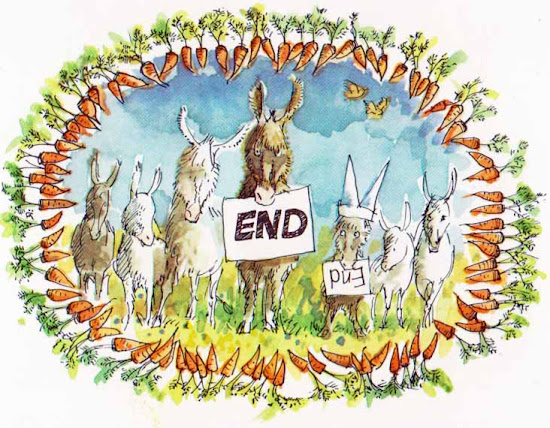 Originally published in France under the title Histoire d’Edouard in 1976, the drawings are so evocative of French culture of a certain era, that it’s hard not to be swept up in the romance of this donkey’s dalliances. Marvelous. 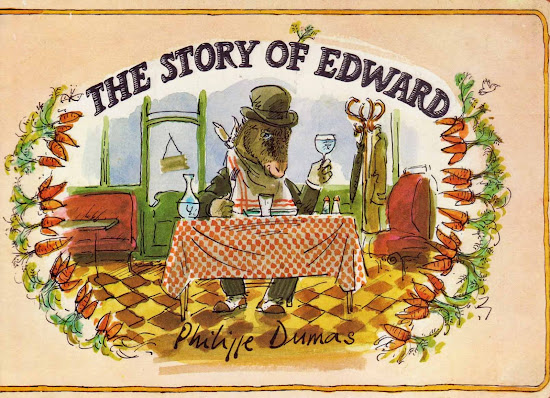