The Griffin and the Minor Canon 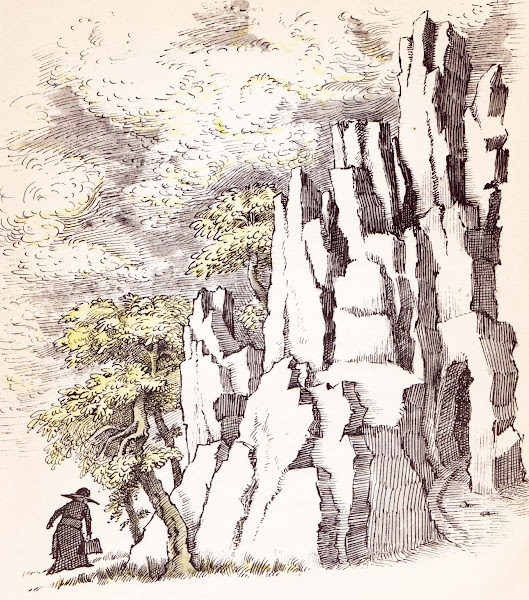 The Griffin and the Minor Canon

The world lost the best today.

Maurice Sendak died after complications from a recent stroke. The worst possible day, so I’ll spend the rest of the week peeking back at some of his works that I still haven’t gotten to. I wanted to highlight this one, a story first published in 1885 about the strange friendship between a priest and a griffin, even though it was written by someone else… mainly for the forward that was written by Sendak himself.

In it, he writes… 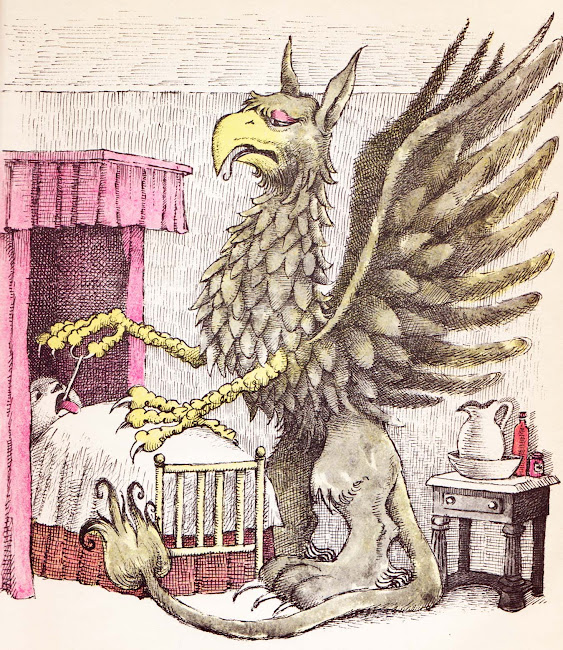 As the artist illustrating Frank Stockton, I had first to discover him as a writer. He had always been, quite honestly «The Lady or the Tiger?» man. I had never read anything else.

Reading «The Griffin and the Minor Canon» was very much like opening a treasure chest. What a goldmine of pictorial possibilities! And it provides a throughly fascinating series of illustrating problems. I wanted at all costs to avoid the serious pitfall of illustrating with pictures what the author had already — so wonderfully — with words. I hoped, rather, to let the story speak for itself, with my pictures as a kind of background music — music in the right style, in the best taste, and always in tune with the words. 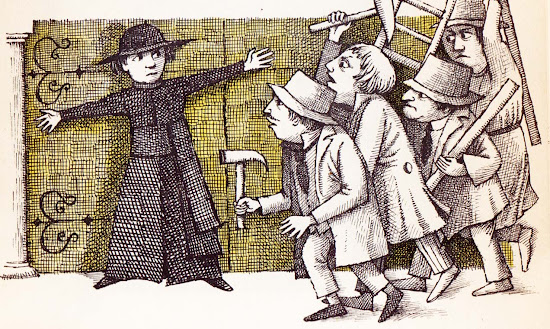 This is who Maurice was. Always uplifting others with talent around him, appreciating beauty when he saw it and passing it along when he could. 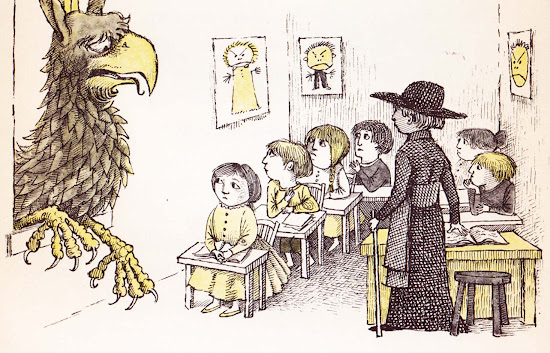 Whether it was sharing his own imaginary worlds or bringing life to the stories of others, no one before or since has quite captured the world for children with such passion and love, encapsulating all its quirks and dysfunctions… all its terrifying and splendid humanity.

I am honored to have had the chance to love him, even if only from afar.

Bravo maestro, wherever you are. 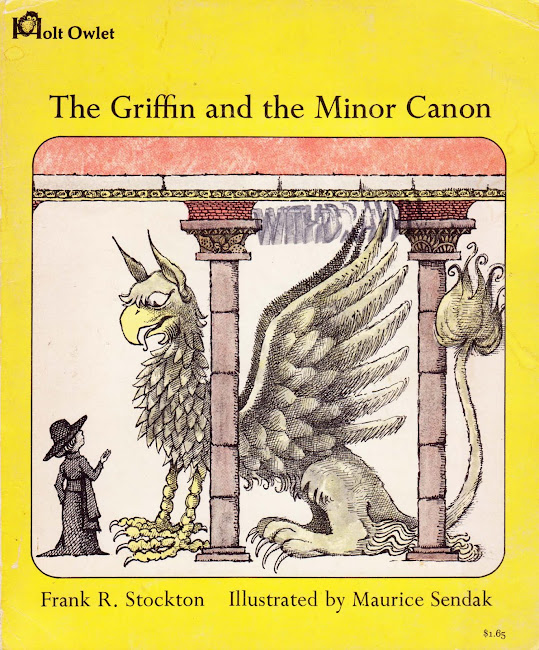 Also by:
A Very Special House
Mr. Rabbit and the Lovely Present
Moon Jumpers
What Do You Say, Dear?
Pierre: A Cautionary Tale
Some Swell Pup
Let’s Be Enemies
Chicken Soup with Rice
Lullabies and Night Songs
Outside Over There
I’ll Be You and You Be Me
The Juniper Tree
Where the Wild Things Are
Seven Little Monsters
Open House For Butterflies
Dear Mili
In the Night Kitchen
The Giant Story