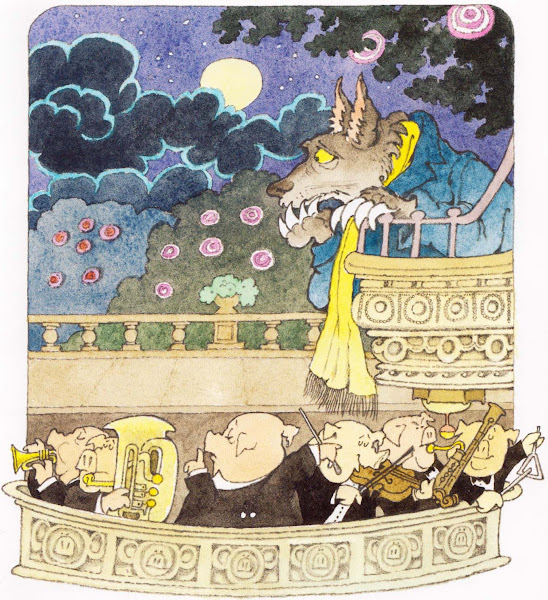 I’m cheating a bit by featuring this book as it has not yet reached the official «vintage» mark of 20 years old, but I couldn’t help myself. It is my son’s favorite Sendak-illustrated book, written by one of Maurice’s best friends and the finest children’s book author to ever be born in Texas. Maurice loved James with all the heart a person could possibly muster for a friend. And that love was particularly evident in the forward Maurice wrote for a George and Martha collection that was published in ’97. It ends… 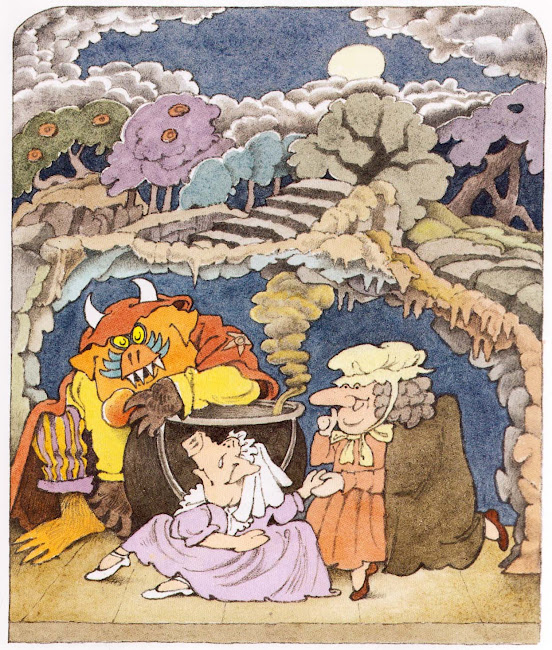 As I write this on a lovely spring afternoon and glimpse out the window the miracle of my old weeping cherry tree cascading pink blossoms, after having spent many happy hours studying and recollecting and missing James, I am reminded of a line, now full of new meaning, from «The Last Story» in «George and Martha Encore.» Out of love for Martha, and to ease her misery over her messy garden, George stuffs store-bought tulips into the ground. Martha catches him, and George is embarrassed. But Martha is moved. «Dear George,» she says. «I would much rather have a friend like you than all the gardens in the world.»

James and Maurice. The two giants always wanted to work together, but sadly, it wasn’t until after James’ premature death at the age 50 that the collaboration finally happened. The result is fabulous.

«Do my eyes deceive me?» gasped the wolf. «Does that say what I think it says?» Stepping across the street, he looked up at the marquee, which spelled out in large letters: 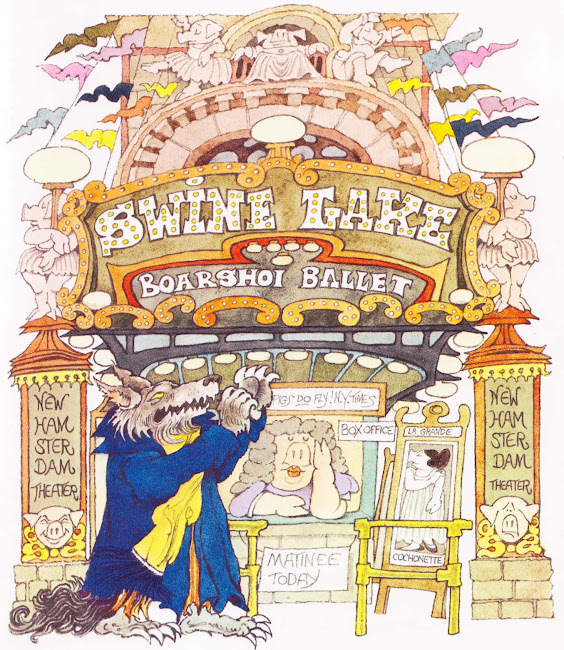 Many photographs of the production were displayed outwise the theater. Really, it was unbelievable! There were pigs in every picture. Leaping, swirling, bowing, juicy pigs. The wolf’s heart was racing, his paws were trembling. «Scrumptious! Scrumptious!» he exclaimed, dabbing drops of saliva from his lips.

… but finds other passions rumbling beyond those in his tummy. Just wonderful! There are little hints of the friendship between Maurice and James’ throughout the book. 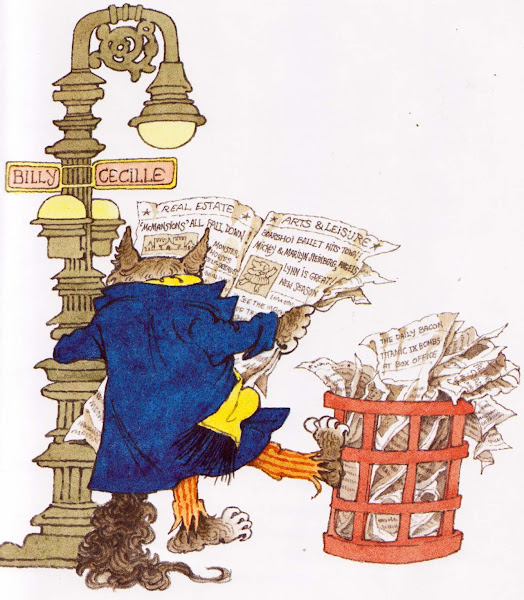 The wolf stands on a street corner named after James’ mother. 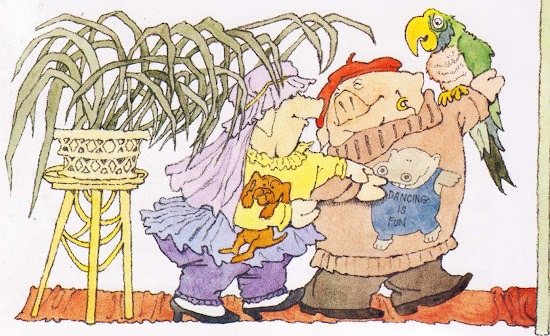 A pig, that might even be James himself, sporting a George sweater.

The Stupids Die, a headline in a passing newspaper. Who knows how many secret nods there are in total, but it’s fun to speculate. Regardless of whether you believe in an afterlife or a place called heaven, it’s nice to think of these two friends, off somewhere, having a laugh together, again. 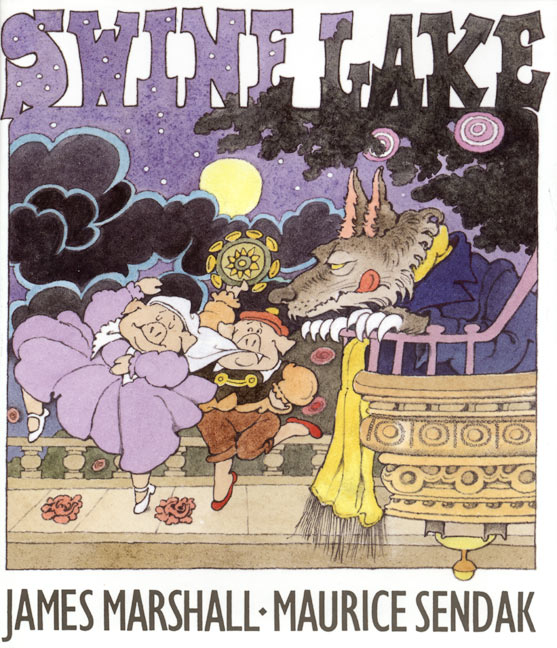 Also by:
A Very Special House
Mr. Rabbit and the Lovely Present
Moon Jumpers
What Do You Say, Dear?
Pierre: A Cautionary Tale
Some Swell Pup
Let’s Be Enemies
Chicken Soup with Rice
Lullabies and Night Songs
Outside Over There
I’ll Be You and You Be Me
The Juniper Tree
Where the Wild Things Are
Seven Little Monsters
Open House For Butterflies
Dear Mili
In the Night Kitchen
The Giant Story
The Griffin and the Minor Canon
Alligators All Around
Yummers
MacGoose’s Grocery