The Essential Calvin and Hobbes

The Essential Calvin and Hobbes

Again, I must apologize for being MIA. Seeing as this was really my first time, I had no idea what sort of funk losing an animal puts you in. Package that with the last few weeks of first grade for my son and you have a whole lotta woe mixed with busy-busy.

However, that intersection can be amazing.

Case in point, a few days ago I was headed into school for the library volunteer thank you breakfast, and ended up on the phone with my husband talking about Sugar. I found myself stuck in the school hallway, crying, looking for a place to hide. I set my iced coffee down on the banister and slipped down a ramp to cry into the wall and talk it over. When I finally pulled it together, I came back up only to find someone had tucked a few tissues beside my cup. It was such a touching gesture, it made me cry even more.

That said, librarians are exactly who you want to be around when you lose a dog. 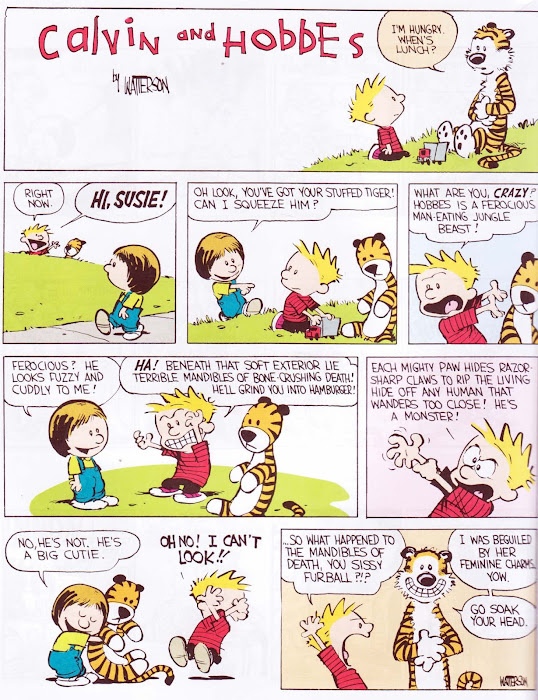 Anywho, I’m back, and will be here through next week when I head off to Book Expo in New York. In celebration of life and the end of first grade, I thought I would talk Calvin and Hobbes today, as it is my son’s new favorite thing in the world and possibly the best comic strip EVER in the history of the entire universe.

The strip ran daily for ten years starting when I was 13 years old. My sister got into them before me, and I remember she came home from boarding school one holiday with the first Calvin and Hobbes book and I was hooked. In a way, the timing of the strip was perfect in my life. I was old enough to understand the cultural nuances of the strip while at the same time, I was still young enough to appreciate «the funnies». And when Calvin and Hobbes signed off in 1995, I was a young woman, growing up and finding my way in New York, so the final strip has become a mantra of mine. (My boyfriend at the time actually kept a copy of it in his wallet.) 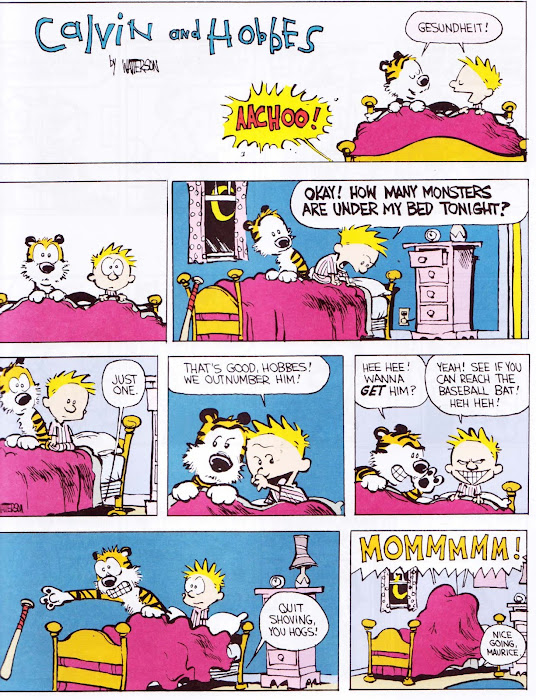 It was hard to have grown up during that time and not have some intense emotional connection to Calvin. Even thinking about it now, I get misty. The character is that vivid and alive and amazing, and so tied into so much wonderful nostalgia of being young. For those who grew up under a rock or are too young to know better, Calvin and Hobbes is the story of a elementary school boy, Calvin, and his stuffed tiger, Hobbes, who is also his imaginary friend. The boy has an incredible imagination and the creative ability to turn his teacher into a slobbering space alien and a simple card board box into a time machine.

What makes Calvin and Hobbes even more wonderful is that despite its immense popularity, its creator, Bill Watterson, has refused to license the characters… with the exception of a few calendars back in the day, some stamps a few years ago and apparently a textbook that is listed online as having one of the most bloated collectible price tags imaginable.

Occasionally, you will be see Calvin’s image on illegal bootleg merchandise, like the infamous bumper stickers of him peeing on various truck logos. But Watterson has stuck by his word to keep the strip pure. Not that I’m faulting Mr. Schulz, who I read somewhere made a million dollars a day off the licensing of the Peanuts characters, but there is something especially extraordinary about a guy who sticks by his guns no matter what the financial gains might be. I heard he stopped even signing books when he realized people were just turning around and selling them for their own financial gains. 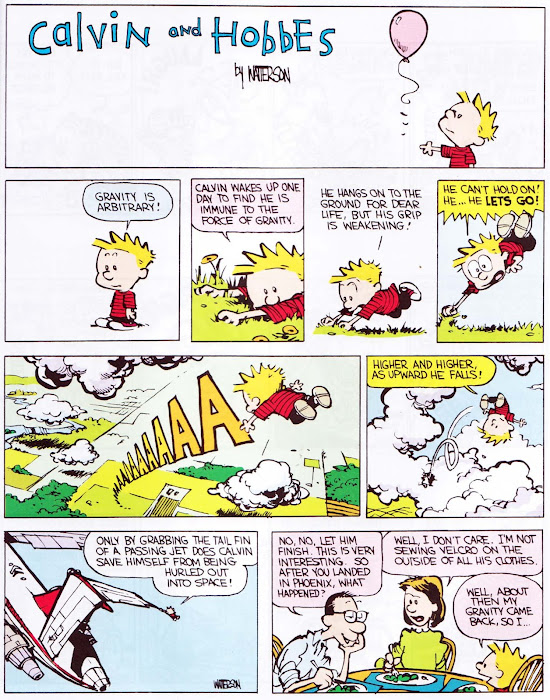 My son has about ten of the 18 or so Calvin and Hobbes books that have been published (this one being the third) and loves the strip not only because it’s funny, but because he relates to the only-childness of Calvin and the fact that they are the same age and do sorta look alike. Plus, the genius humor and human honesty of Calvin is hard not to get mesmerized by.

I weep for my own grandchildren in the future who will be around when Mr. Watterson passes away and inevitably some family member sells Calvin’s image to the masses. I’ll have to stand idly by and watch as the exclusive Walmart line of Calvin underwear goes on sale and the official feature film starring one of Tom Cruise’s grandchildren as Susie Derkins hits theaters. Though, I will admit, one cartoonist did do a nice 26 years later homage a while back.

For now, I’m won’t worry about the distant day when some random marketer (probably in preschool now!) will ruin Calvin and Hobbes for the future children of the world and just focus on being happy that my boy will grow up loving the characters for what they are. 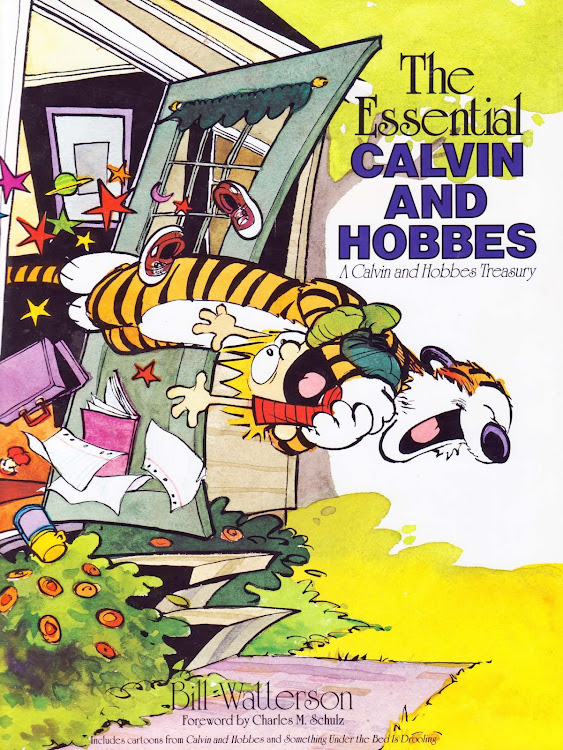