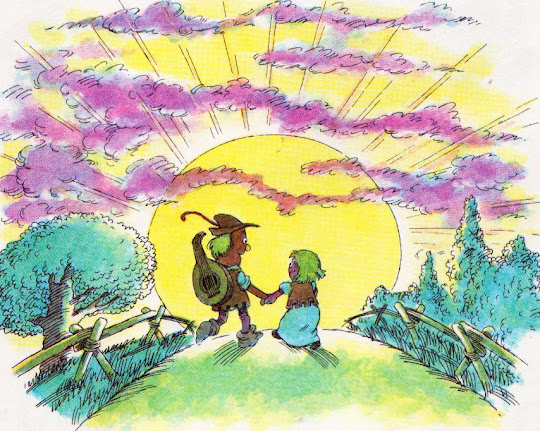 Because I don’t feel like being artsy-fartsy this morning, I’m opting instead for some pure commercial fun. Now, my son will still listen to his Sesame Street records (How to Be a Grouch and The Sesame Street Pet Show, respectively). And if it falls into the realm of «Muppets», he’s cool with it, but for the most part, he’s moved on from all things Sesame Street. That doesn’t mean I’m about to throw out all of the vintage SS loot I’ve collected for him over the years. I was reshuffling the shelves to move some of the younger titles out and came across this old favorite from the Random House years.

Illustrated by the awesomely awesome Joe Mathieu, here we have six classic (and not-so-classic) fairy tales told as only the Muppets can tell. The King’s Nose is about a king (d’uh) who finds himself in the unenviable predicament of having a bright pink rubber ball stuck on his sniffer. 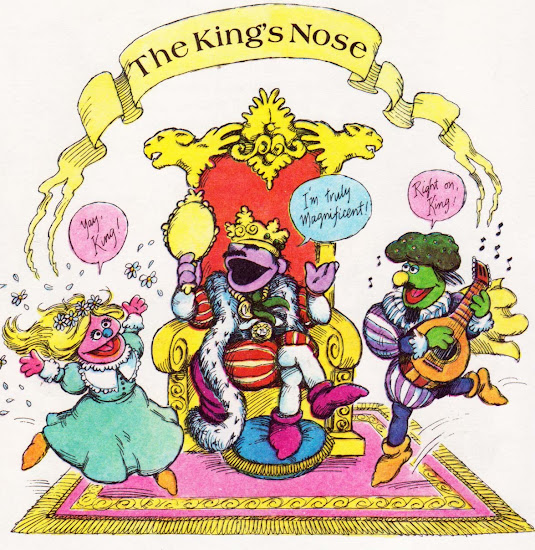 Smash! went the royal window,
and before the King could duck,
The ball bounced off
King Marvin’s throne…
and hit his nose…
and stuck.
«What is this thing?» said Marvin
as he felt the ball and sneered.
But before he could remove it,
his Prime Minister appeared.
«King Marv!» cried the Prime Minister.
«A rubber ball! How cute!
It really is magnificent! I’ll get one for my snoot.»

A twist on The Emperor’s New Clothes, soon all the kingdom is sporting pink rubber balls. The King (as played by Mumford the Magician) is hysterical while Bert and Ernie are perfect players in the story. 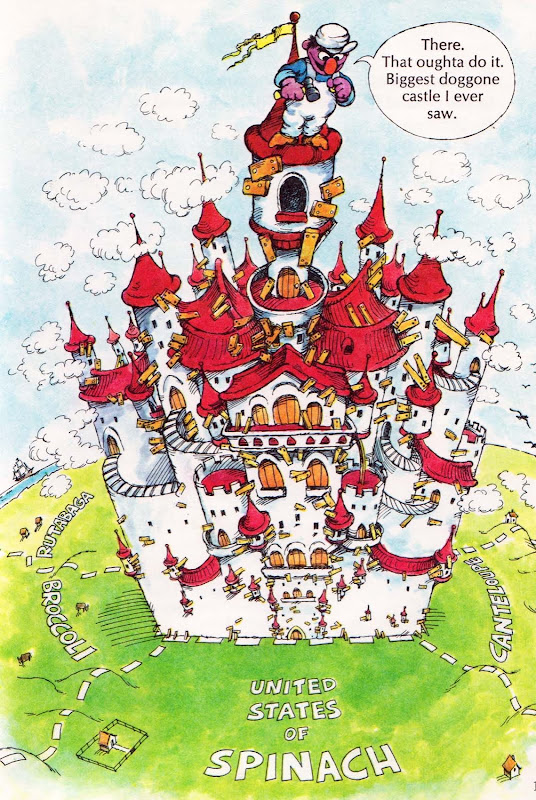 The Legend of Linda the Lonely is the tale of Lord Ludwig of Liverwurst, his niece Linda, and the love she finds with Lloyd of London, Lord Ludwig’s lowliest lackey. The King of Cauliflower’s Castle has the moral that bigger does not always mean better. In between, Big Bird attempts to tell some children the puppet tales of The Three Little Pigs, Goldilocks and the Three Bears and The Three Little Kittens Who Lost Their Mittens, but he keeps getting thwarted by The Count’s uncontrollable urge to tally. 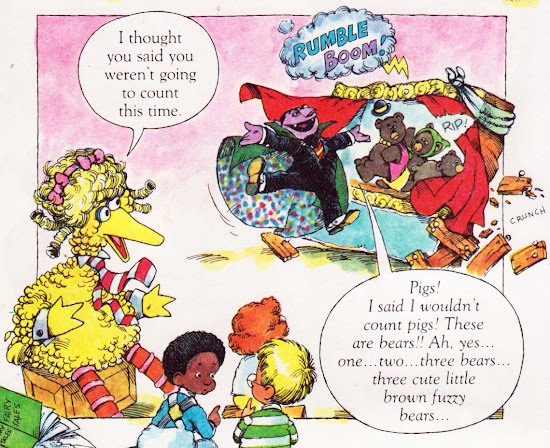 All the Sesame Street books Random House created during this time are so awesome, and are such a higher quality than a lot of the movie and TV tie-ins that get published today. This one, in particular, was published when I was three years old and is a nostalgia overload, for sure. 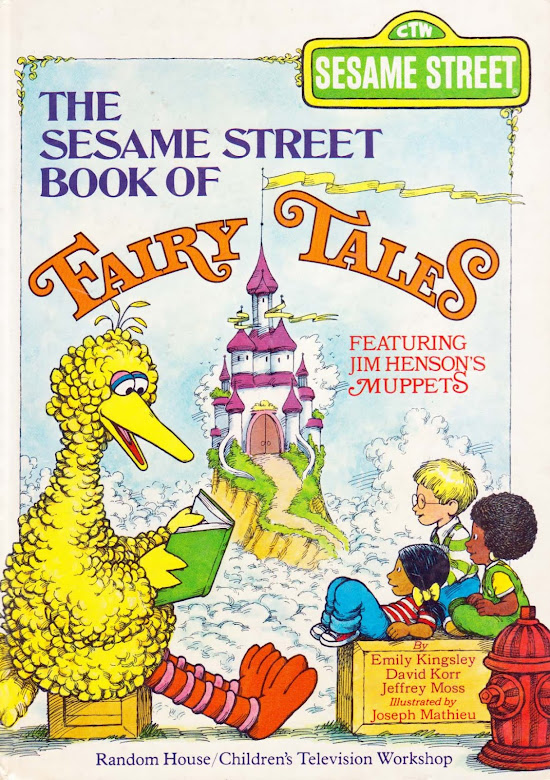 Other Old Sesame Street Titles:
Sherlock Hemlock and the Great Twiddlebug Mystery
Grover and the Everything in the Whole Wide World Museum
The In and Out and All About Sesame Street Coloring Book
The Together Book
The Many Faces of Ernie
The Great Cookie Thief
Sesame Street 1,2,3 Story Book
The Amazing Mumford and His Amazing Subtracting Trick
The Sesame Street Bedtime Storybook
The Pecan Tree
The Sesame Street Decorate a Tree Book
I’m a Mommy, I’m a Daddy