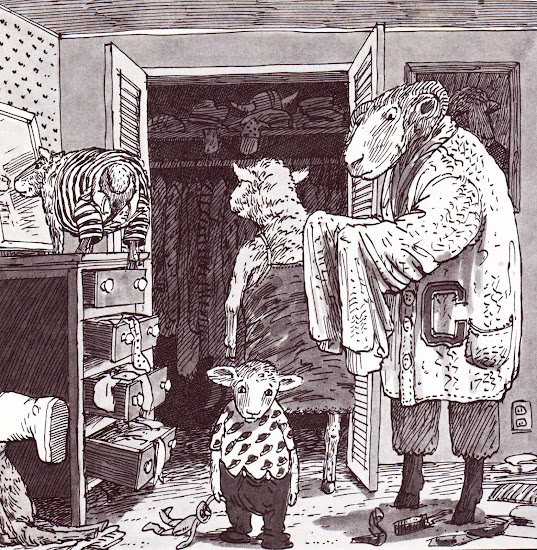 Today, a return to the awesome 80s. I can remember when The Way Things Work came out… being blown away by the detail of the drawings and the explanations that made the most complex machines understandable and the most simple theories, extraordinary.

Later, when I was a children’s bookseller, that book (along with D’Aulaire’s Book of Greek Myths) made the art of the hand-sell a snap. Macaulay’s first book, Cathedral — published in 1977, was a revelation, depicting a Gothic cathedral with so much care and precision, it made the soul ache. He followed that up with titles like City, Pyramid and Castle, and even won a Caldecott Medal in 1990 for his work Black and White. Somewhere in the middle of all this genius, he published a perfect little picture book aptly entitled BAAA (with three As). Which is basically the story of the end of humankind as we know it, and how the sheep we left behind handled it. 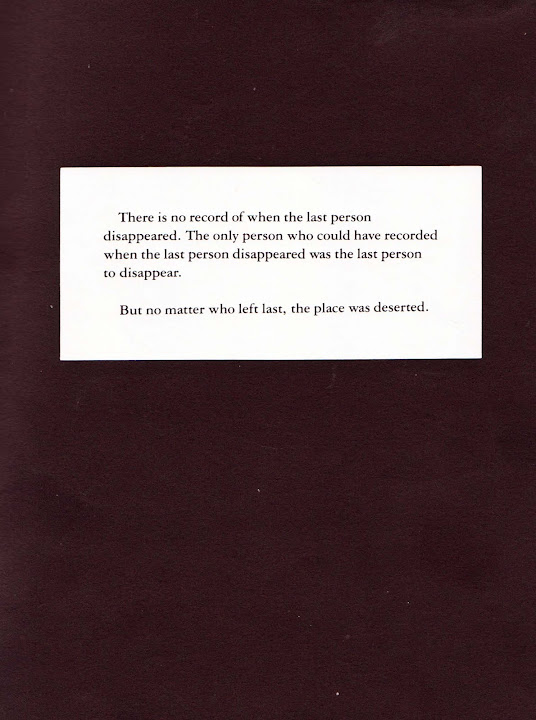 Excellent way to begin a children’s book, no? 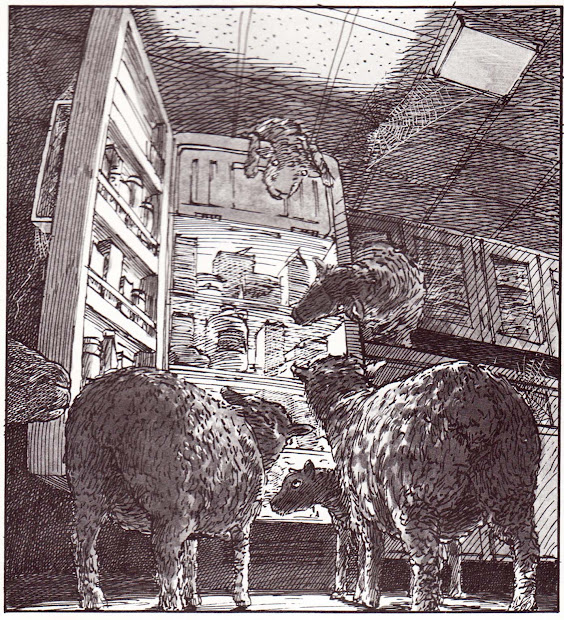 One day a flock of sheep in a remote pasture ran out of food. Their search for nourishment took them to an abandoned town, where they ate the lawns, flower beds and potted plants. Tired of traveling yet still hungry, they wandered into a house where a refrigerator hummed. Its food was cold and hard, but the sheep found it quite tasty. For the next few days, the sheep did nothing but eat, drink, and sleep. When they ran out of food in one house, they shuffled into another.

Soon they discover grocery stores and the warm glow of a TV full of static… then movies and clothes… Schools were established and bank accounts opened… leaders were born and a substitute food product was invented, Baaa. But as with the fall on mankind, sheep eventually fall victim to their own gluttony and humanity. With no sheep left to rule the earth… 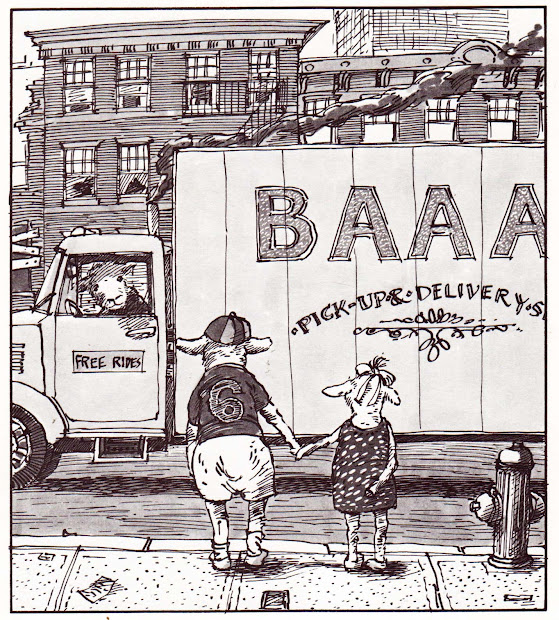 Much later, a fish cautiously swam toward the beach, It stared at the land for a long time and then turned and swam in the opposite direction. The next day, it came back and this time swam a little closer to the beach before turning around. It came back several times that week. On the eighth day, it swam almost to the very edge of the water, intending to crawl onto dry land. But, at the last moment, it turned again and disappeared into the depths of the ocean. 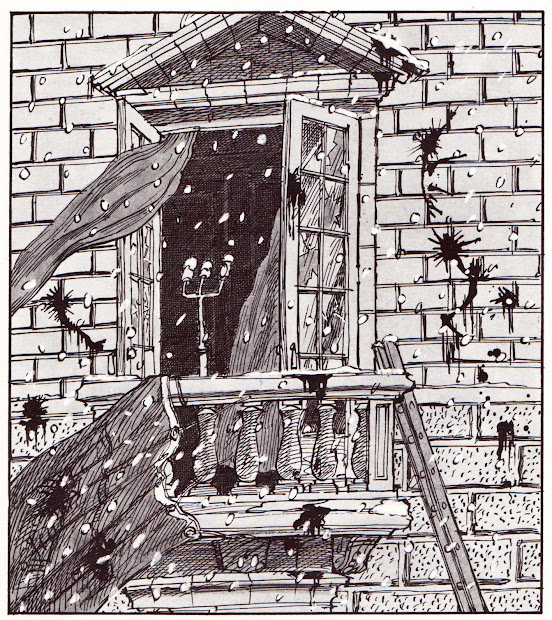 So brilliant… and a perfect opening for all sorts of existentialist conversations with your child. My son finds the theme somewhat jarring and vaguely spooky, but he reads it again and again, all the same. Two hooves up! 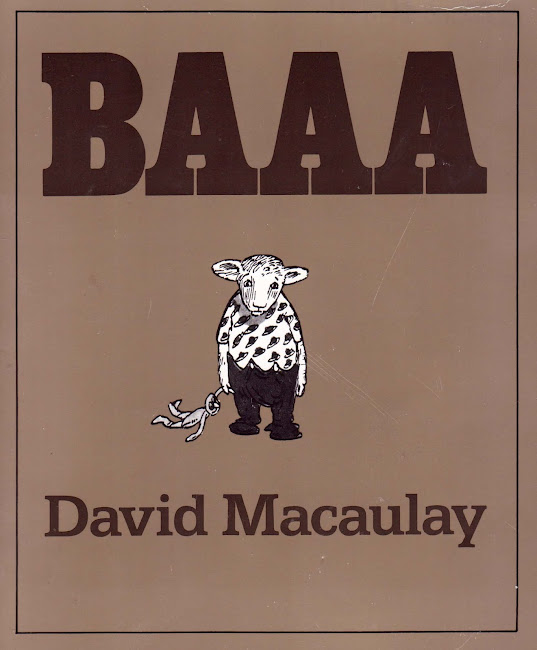