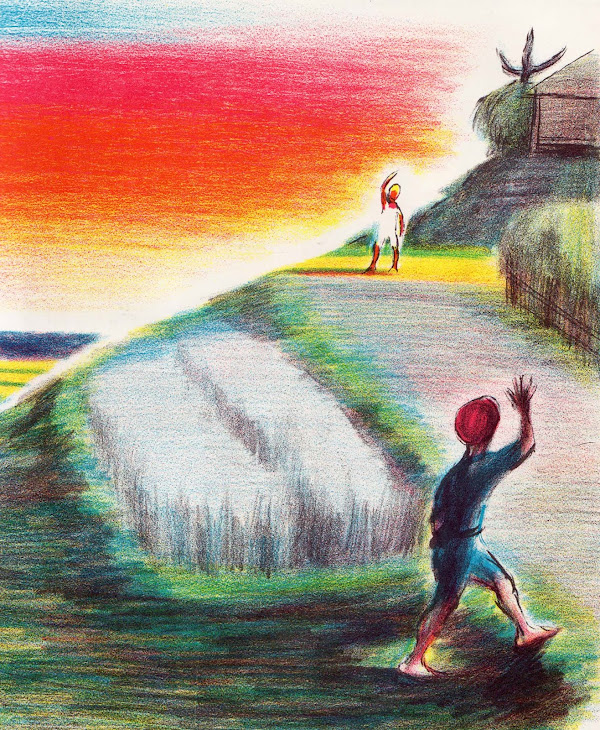 There is beautiful rain in this part of Texas now, with so many things to so in house. So, I’ll make this one short but sweet and full of the colors of summer. 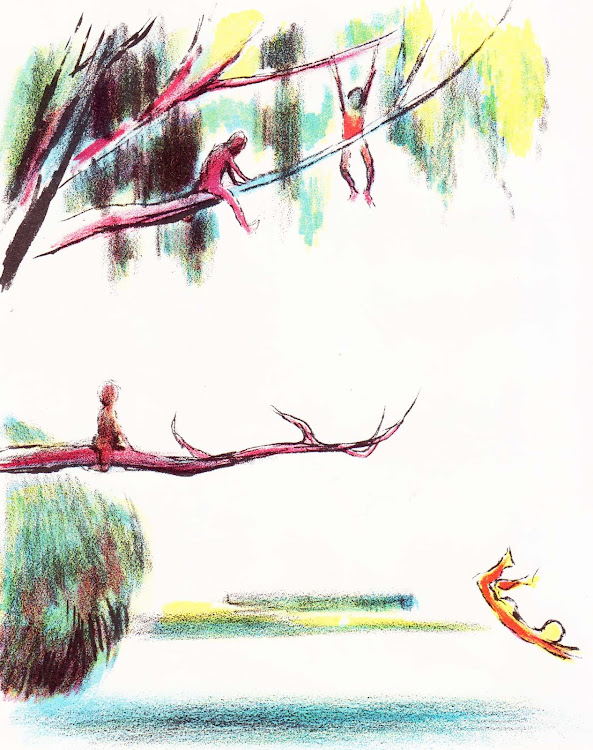 The village where I grew up was on an island far to the south. A river with plenty of water flowed through the middle of the village, and a huge tree stood on its bank. As soon as the summer came, new green leaves came too and began to cover the village, and the river began to float alively. Early every morning cicadas began to chorus all together on the tree and we children could not stay still at home. 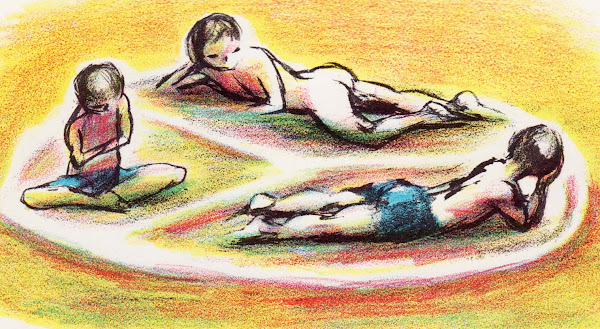 The tree serves as the focal point to a rollicking summer of splashing, swimming, fishing, collecting, jumping, tumbling, diving, wrestling, beetle racing… and any number of idyllic memories to write a book about. 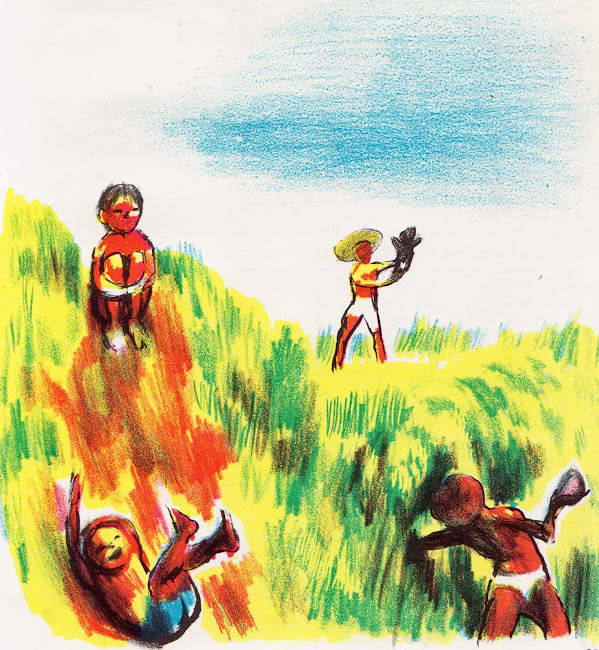 If you don’t know much about the author, I urge you to take a few minutes to read this article in the Japan Times. Taro was an incredible artist and an extraordinary human being. A pacifist, a soldier and an activist, a patriot to both the U.S. and Japan, the father to not one – but two well-known Japanese actors, and the star of his own documentary about the place where he grew up in Japan; a place many readers might recognize from this very story. 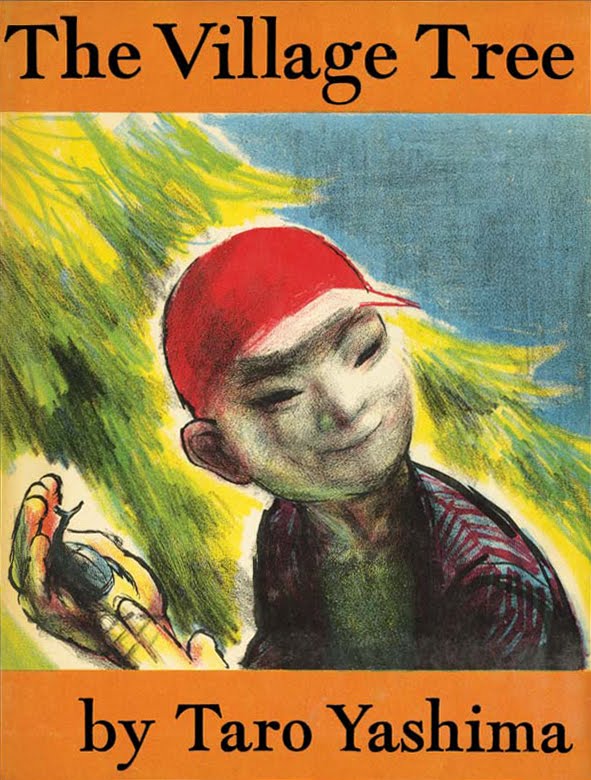