A Child’s Book of Natural History 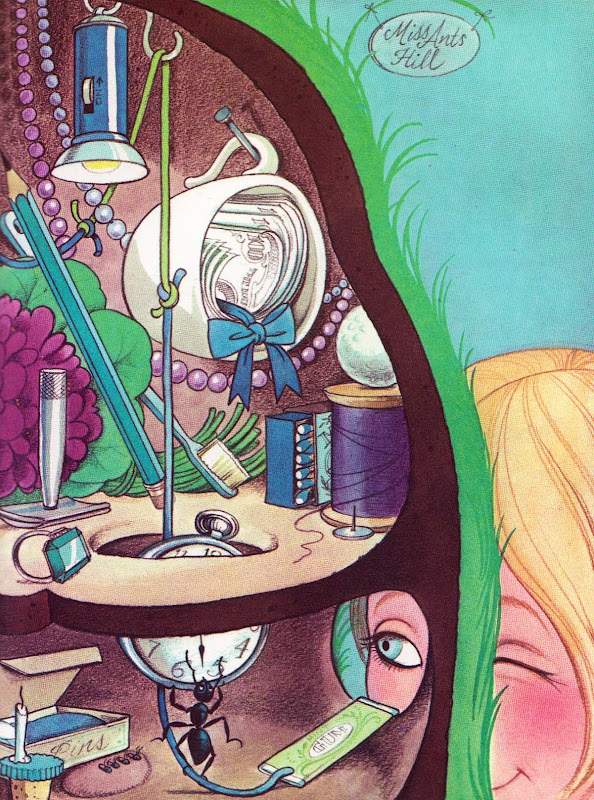 A Child’s Book of Natural History

Great to be home! Between crafting obits and walking down memory lane, there wasn’t much time for thrifting on my trip back east. But we did manage to visit a few of my favorite vintage book haunts along the way. One of the loveliest books we’ve discovered in a long while, my son and I found this in an antique shop near Yorktown, Virginia. Every time I stumble across another forgotten Hillary Knight classic, I’m guaranteed a thrill on first read. 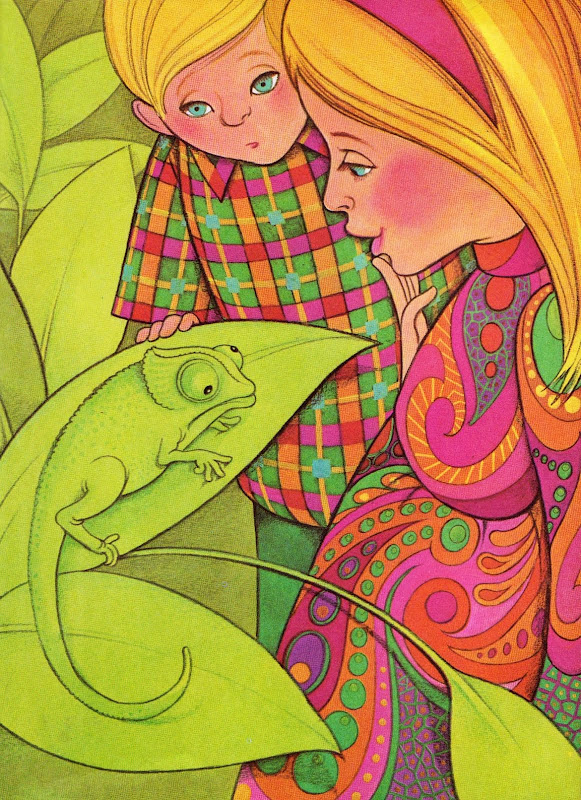 The color in this one is simply astounding, bubbling off each page in magenta, sea foam green and chocolate pudding. His pictures are magic, and when you sprinkle in a bit of the animal kingdom, that just seals the deal for the boy and me. The poems are from the children’s classic A Child’s Primer of Natural History by Victorian-era writer Oliver Herford, tightened up a bit for the times by the poet Margaret Fishback. 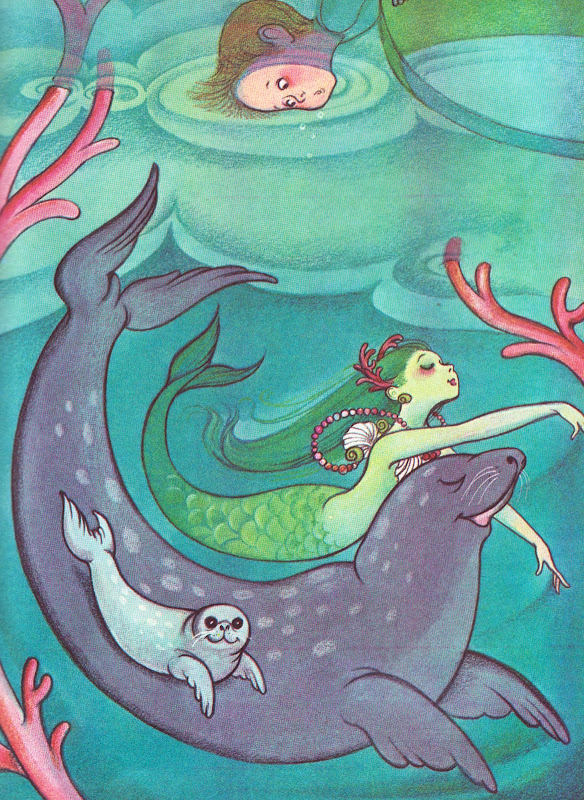 The Seal can swim. The Seal can Dive.
He think’s it’s great to be alive.
He likes to catnap in the sun,
Then cruise some more for fish and fun.
With relatives, he loves to race.
He has a pleased, seraphic face.
I watch him, lolling on a reef,
And trust he’ll never come to grief.
His fur is soft and warm and sleek —
The kind that grasping hunters seek.
But he would rather bob and float.
Than be some lady’s winter coat. 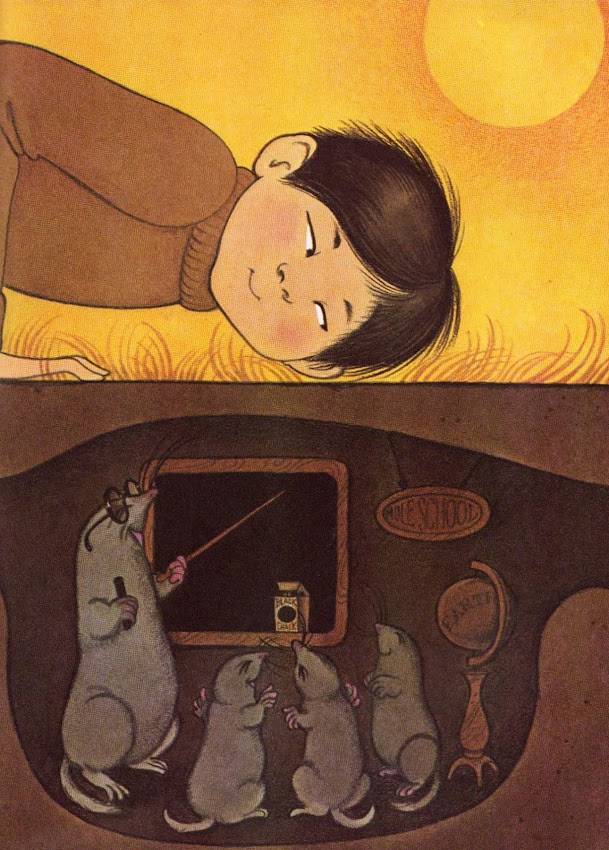 21 poems for 21 animals: dog, cat, mongoose, platypus, rhino, leopard, fly… Remarkable! It’s easy to fall in love with Eloise‘s cousins when they are this vibrant and full of life. 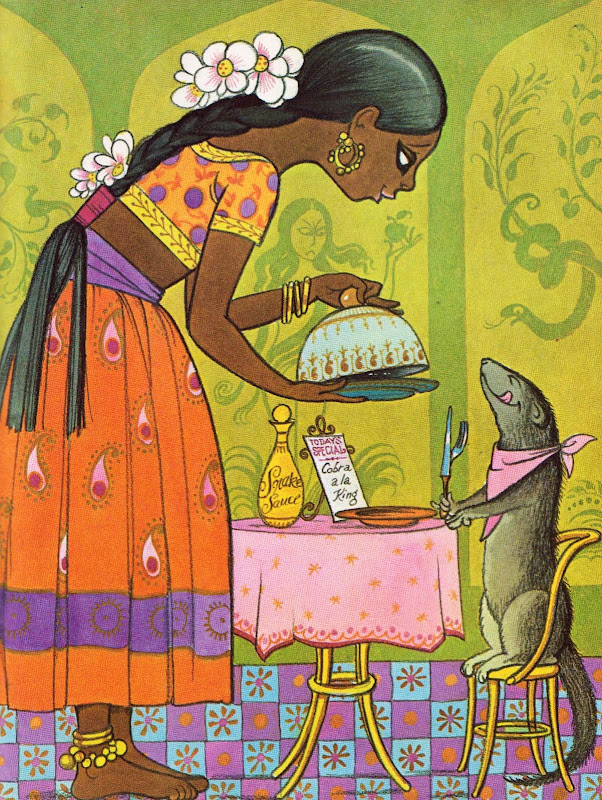 Finding a book like this tucked in a basket among old, rotting coloring books is like gold in my hands. 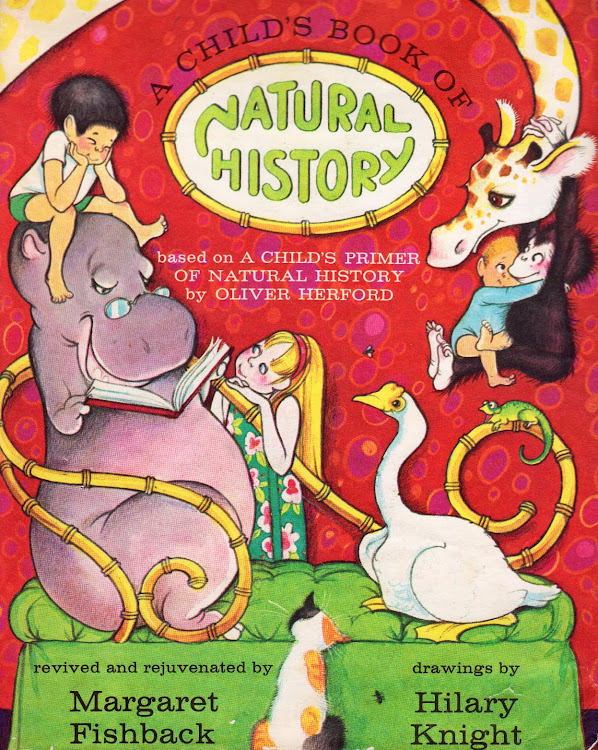 Also by:
The Circus is Coming
Where’s Wallace
Sunday Morning
Eloise
When I Have a Little Girl