The Birth of Sunset’s Kittens 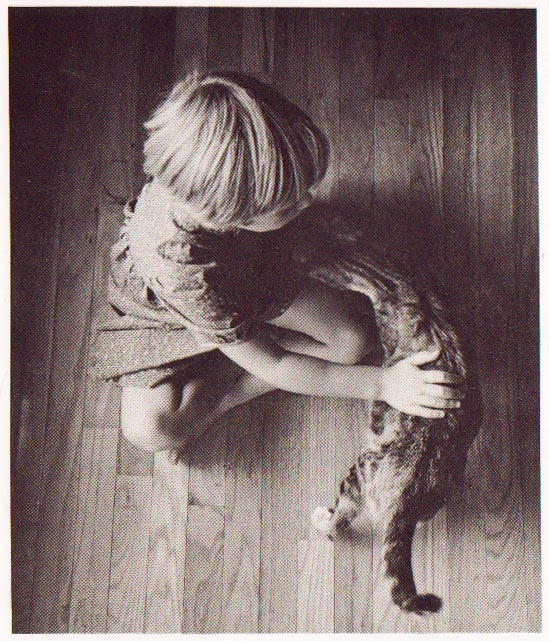 The Birth of Sunset’s Kittens

Because you really can never have enough books about childbirth and animals… and I, personally, never tire of vintage children’s books that feature photography in lieu of illustrations. My mother is a big animal lover, and on the property where I grew up, we were never short on cats. We originally started with three Maine Coon cats purchased when I was five, and between those and the various cats — stray and otherwise — that accumulated, we topped out at a certain point at around 50 cats at once. Sometimes when spring had sprung, we’d have as many as six new born litters going at once. A little girl’s heaven. There is nothing quite as exciting as watching the circle of life played out in such a snugly and adorable way. My son is definitely on born when it comes to the cuteness of certain things — newborn, small and furry. 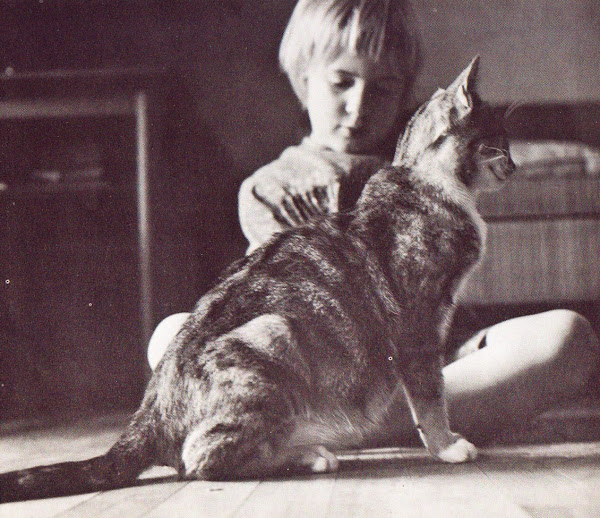 Sunset is our cat. She is one year old. Of course you were only a baby when you were one year old, but a cat is grown up at that age. Even though Sunset was a kitten not so long ago, she is old enough to be a mother, and very soon she is going to have kittens of her own. 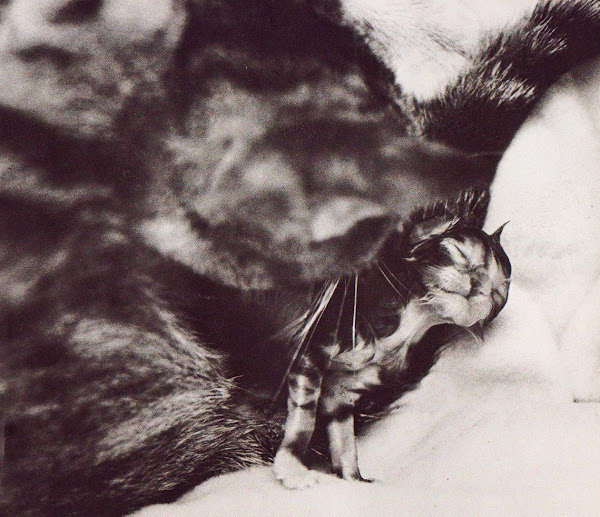 For those who’ve never experienced the thrill of seeing a kitty appear from between a beloved pet’s legs, you are in for a treat. For those who feel lucky they haven’t, better skip the wondrous gore of the ninth spread. (To see the dog version, click HERE.) 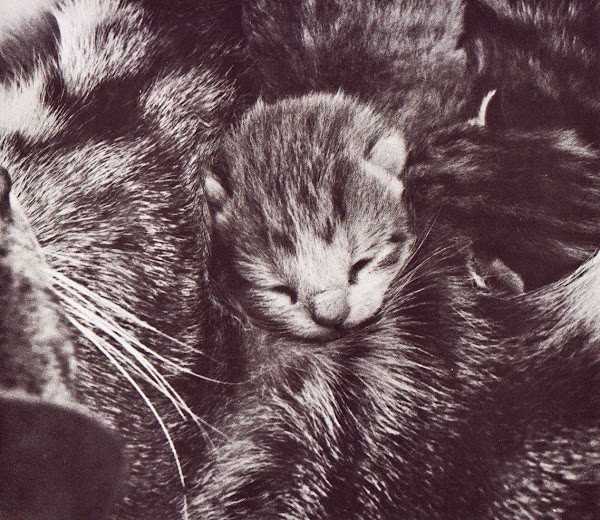 The authors were a husband and wife team (she, the former Chairman of the elite Dalton School in New York City, and he, a journalist), and the jacket states that Sunset is the family pet… which leads me to believe the little girl featured was one of their four children. I’ve said it before, but I love these little snapshots into everyday life of old. Vintage children’s books with photos really act as a time capsule of a forgotten moment in time. 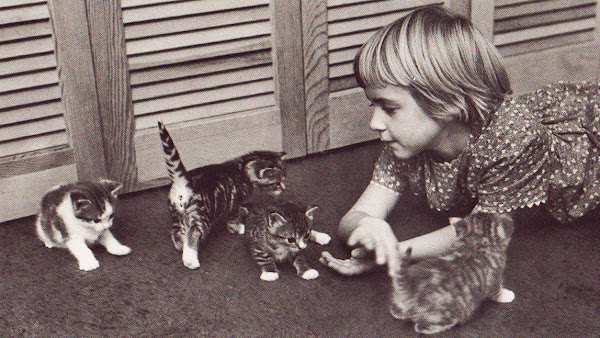 The little girl’s long hair and flowered dress, playing on the hardwood floor with a litter of lovelies. So cool to see and remember that feeling… 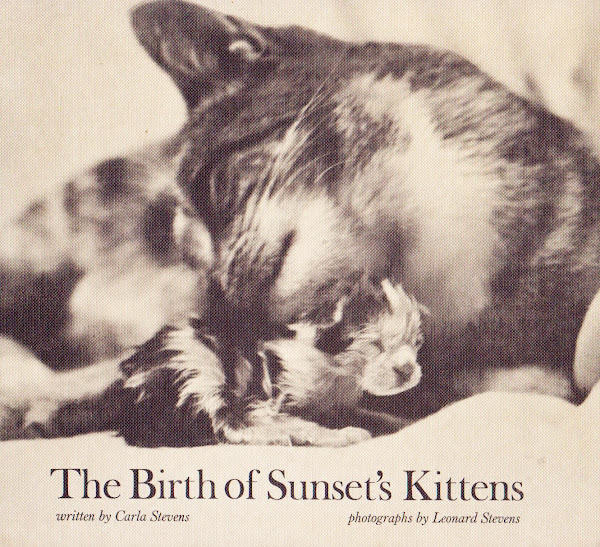