The Cat in the Hat Song Book 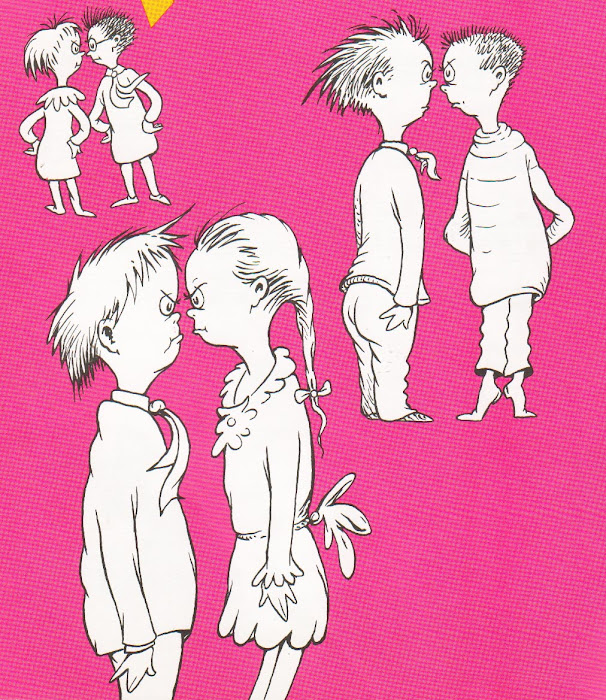 The Cat in the Hat Songbook 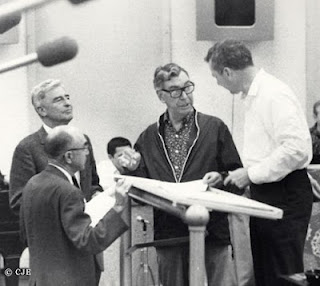 My son recently added guitar to his legion of after-school lessons. Though his teacher is the guitarist for a local hard rock quartet and the boy’s current favorite band is The Clash, I still think he has a little room for the Dokkulous Doctor in his musical lexicon. Not out-of-print by any stretch of the word, our copy of the classic song book that’s subtitled «19 Seuss-Songs for Beginning Singers» dates back to the 60s. It features a mess of medleys penned by the doctor himself and scored by the man who wrote the music for various Chuck Jones/Seuss collaborations like the original animated How the Grinch Stole Christmas television special from 1966. Fawho fores dawho dores!

Picture of Suess, Thurl Ravenscroft – who (though uncredited) sang the song «You’re a Mean One, Mr. Grinch» (Boris Karloff played the Grinch otherwise) – and Eugene in white via the Chuck Jones blog. 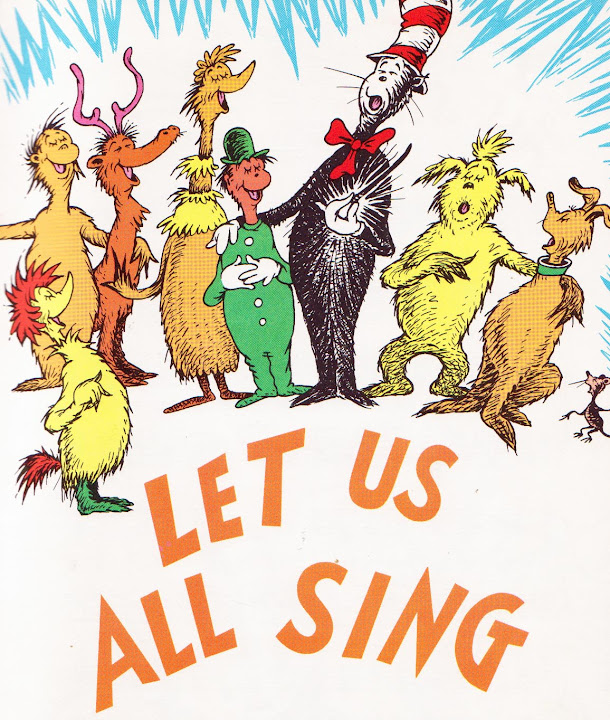 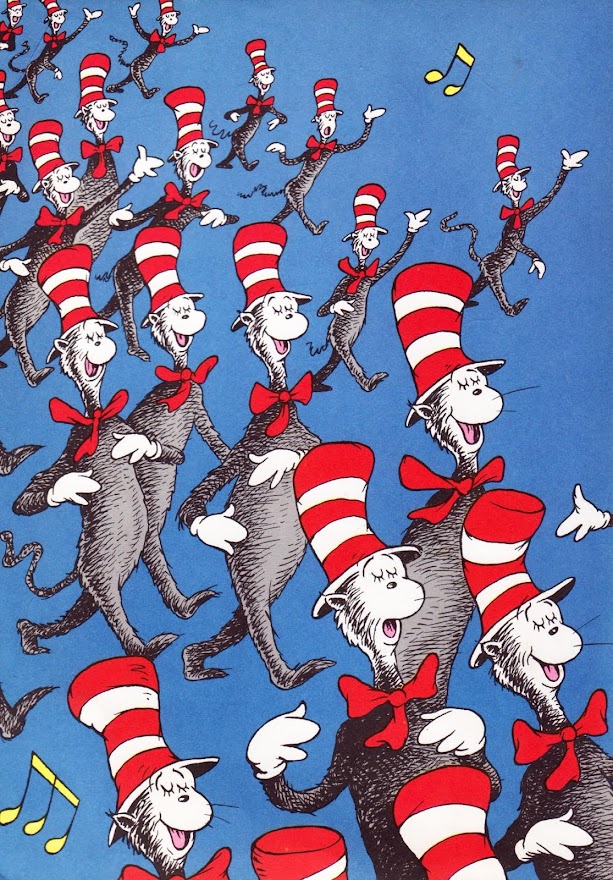 Man, the songs in this book are big fun. New found faves like «The Super-Supper March»; «My Uncle Terwilliger Waltzes with Bears»; «The No Laugh Race»; «Somebody Stole My Hoo-To Foo-To Boo-To Bah»; «Rainy Day in Utica, NY»; «Happy Birthday To Little Sally Spingel Spungel Sporn»; and the unforgettable «Left-Sock Thievers». 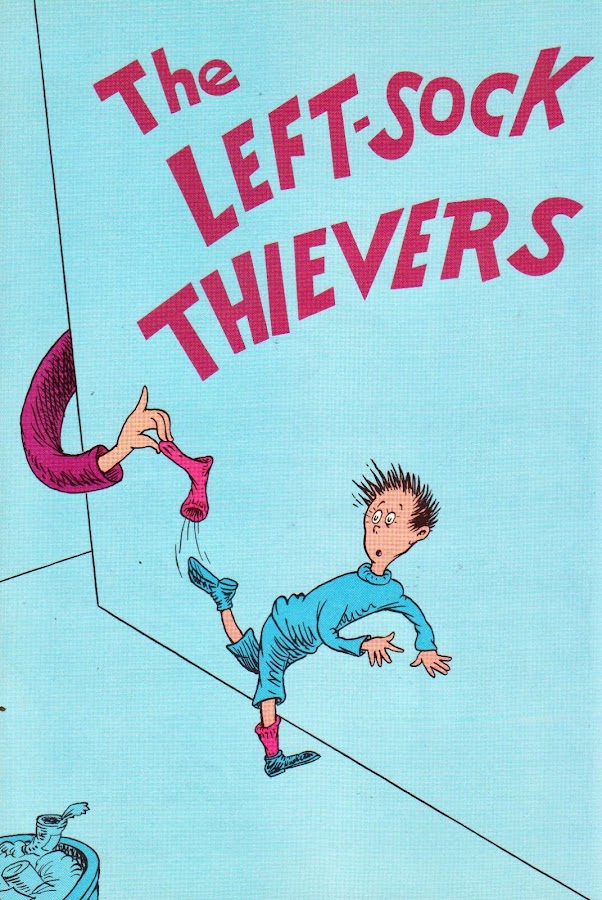 The left sock thievers have been sneaking into town.
So don’t you ever let them catch you with your left sock down.
They reach around dark corners, when you stroll about at night.
Then, woosh!
There goes your left sock.
And you’re left there with your right! 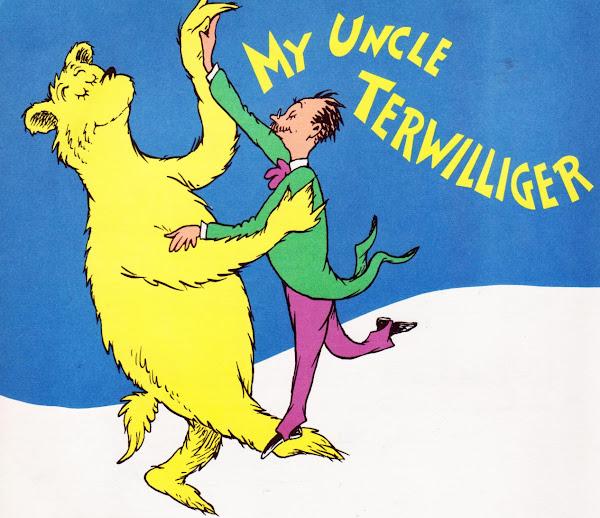 These songs are the stuff childhood is made of. Crazy rhymes and silly sayings, arranged perfectly to tune in Mr. Geisel’s bouncy gait.

If your child has a piano, a guitar, or simply a set of really good pipes, this book was meant for you. 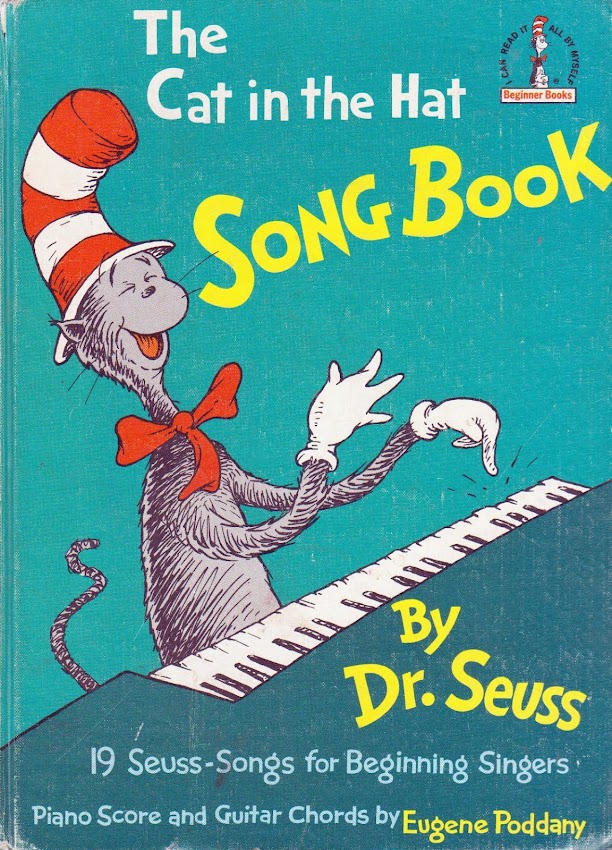 Also by:
Did I Ever Tell You How Lucky You Are?
The Lorax
Come Over to My House
Bartholomew and the Oobleck
The Sneetches
I Can Write! A Book By Me Myself!
Hooper Humperdink?… Not Him!
McElligot’s Pool