There Was An Old Woman 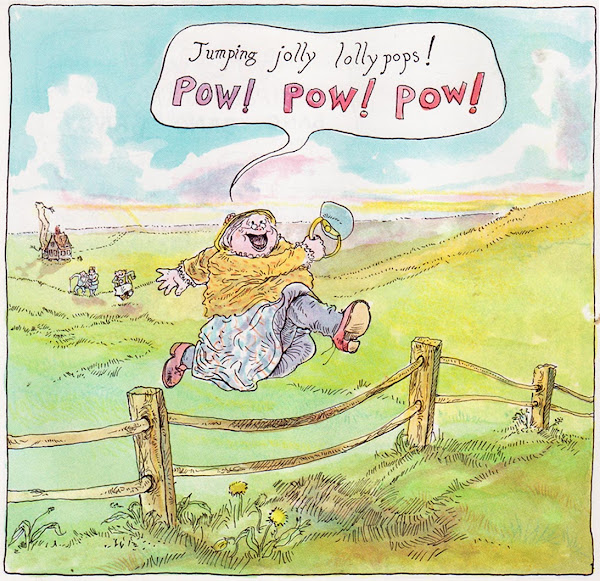 There Was an Old Woman

One of my son’s favorite Kellogg books, it’s a new take on an old favorite taking the hilarity to its northern-most extreme. The famous story of There Was an Old Woman Who Swallowed a Fly, imagining the proportion size of a woman who could eat a dog, a horse and a cow and what that would mean to her waist size and ego. 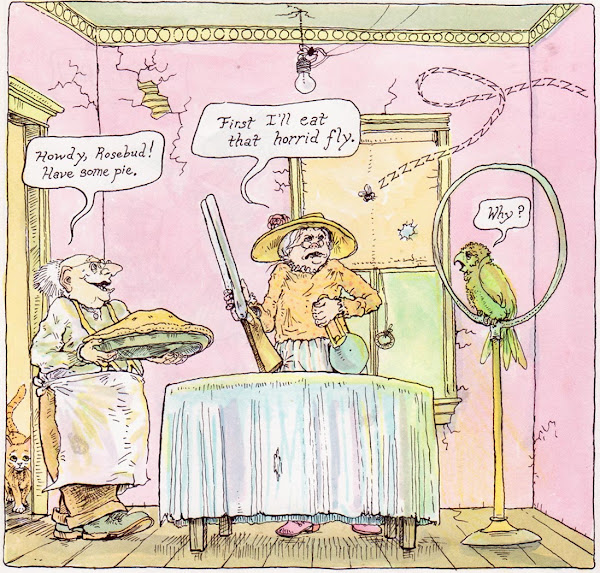 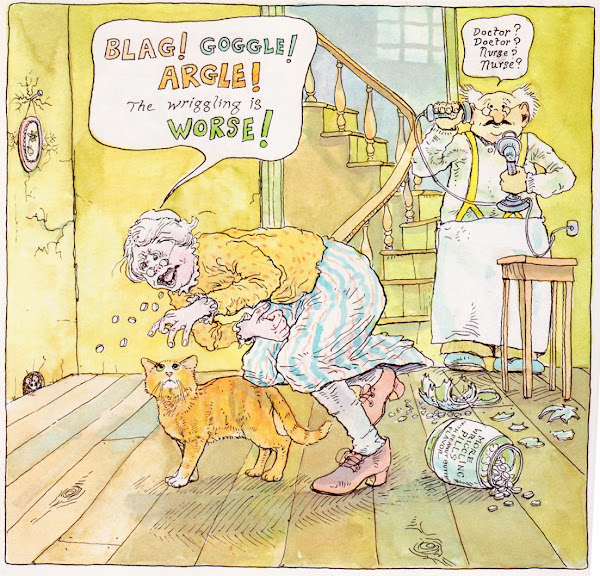 Whereas you usually feel bad for the heroine of this story, Kellogg draws her so wretchedly despicable that it’s a gas to laugh along as she spirals down a road of horrid narcissism and gluttony. With every animal she eats, she grows larger and larger, overshadowing her distressed husband and eventually ballooning into a circus freak. 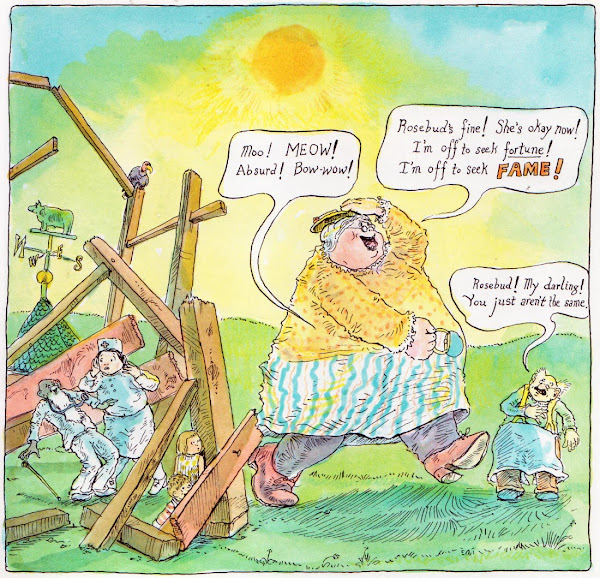 Stick with us, Rosebud, you’ll rocket to fame!
By tomorrow the world will be screaming your name! 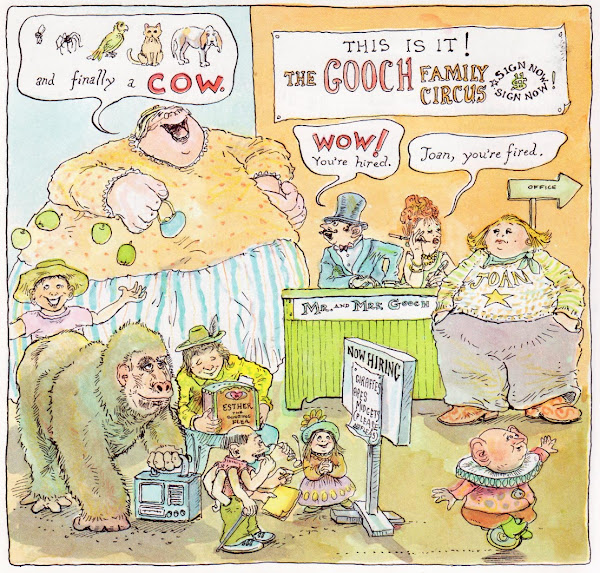 Have any of you ever seen the movie Monster House? Though the animation seems archaic by today’s standards, it’s a movie which my seven-year-old son loved, about just that, an evil house, and if you’ve seen this movie, you’d understand why I’m mentioning it now. I feel like the filmmakers must have snitched a bit of the story from this book… or at least the visual story that runs through behind the actual text. The woman in the movie is named Constance and the one in Kellogg’s book is named Rosebud, but the relationships they have with their respective husbands are similar. Both sideshow freaks gone bad. 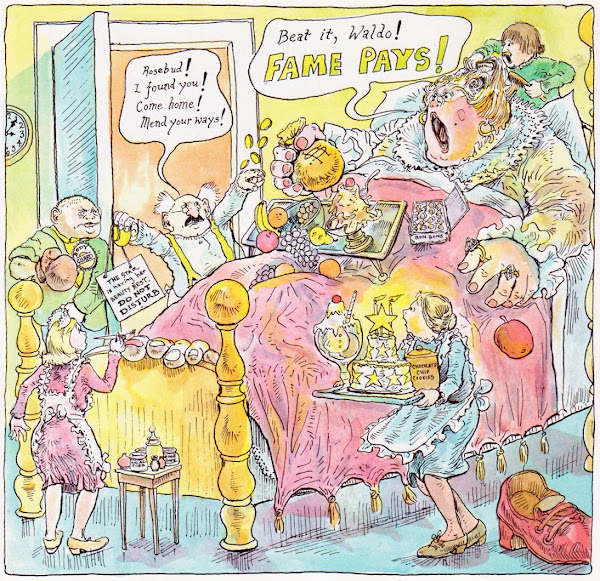 If the story sounds a bit misogynist, it might be, but I tend to see it as nothing more than a kids’ book with a social message towards the horrors of living a life of self-service. Disguised in pictures so lovingly, gross-out funny that even its tasteless lack of tact can be forgiven. 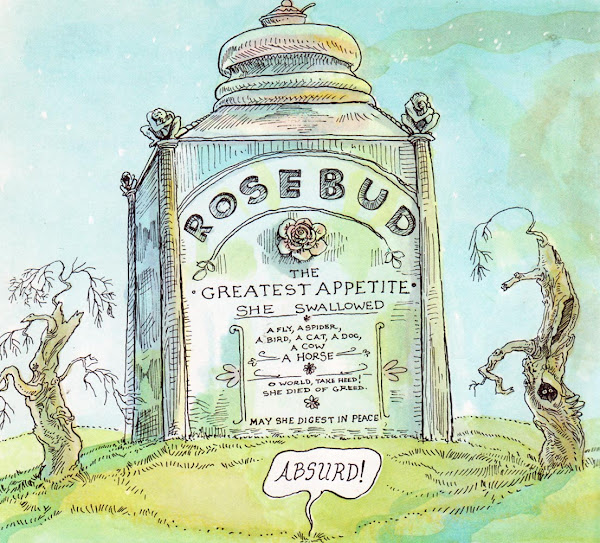 Though Kellogg’s aesthetic sense and I don’t always get along, my son laps him up, always begging one more read and laughing as he goes. 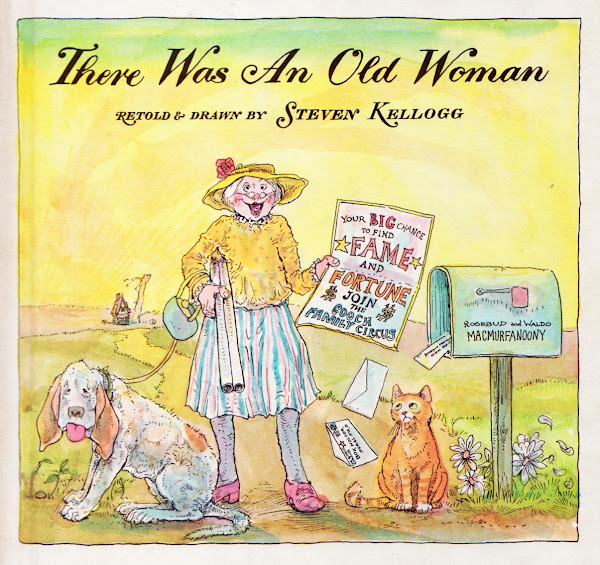 Also by:
Mysterious Tadpole
You Ought To See Herbert’s House