Hector Protector and As I Went Over the Water 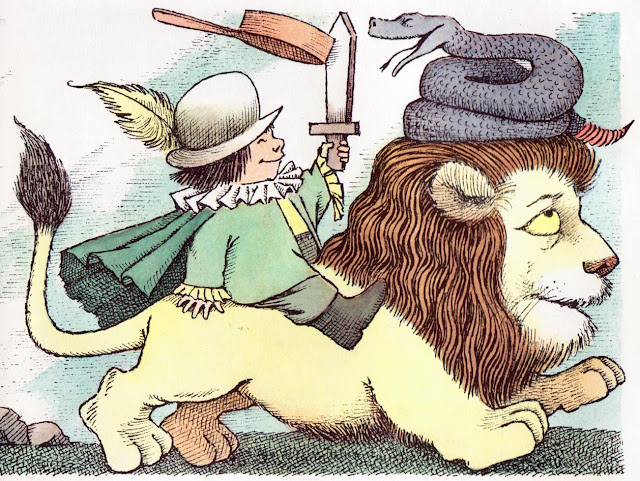 Hector Protector and As I Went Over the Water: Two Nursery Rhymes

Feels like a Maurice Monday, no? A pure Sendak take on two old Mother Goose nursery rhymes, I love what the jacket copy of our first edition, withdrawn library book says about his take…

There is little in these verses to suggest the settings, the characterizations, the unforeseen twists and turns of Mr. Sendak’s fantastical picture-stories.

And it’s true. The text is sparse and silly, but the true joy in the book is found in the always-awesome imagination of Sendak himself. First, let’s take the ballad of Hector… 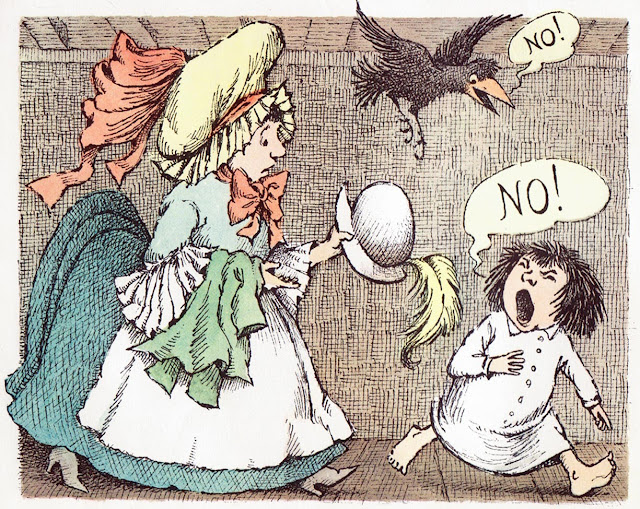 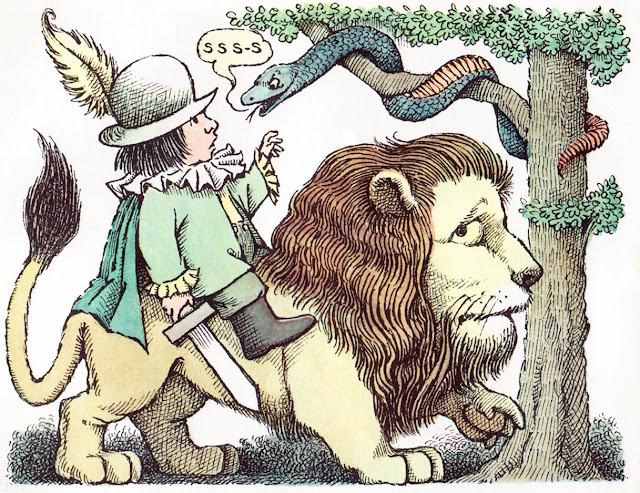 That’s the full text, and these few words manage to span 25 pages of picture perfection about a mother who sends her boy with a cake for the queen. Between home and the castle, he encounters a lion and snake and, together, they join forces to sass the monarchy… much to the dismay of his mamma. 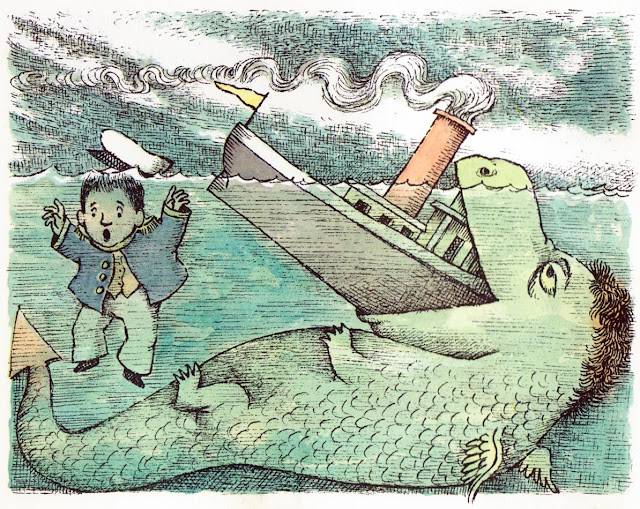 Next up is Victor, the sailor boy who manages to get his ship swallowed by a sea monster. 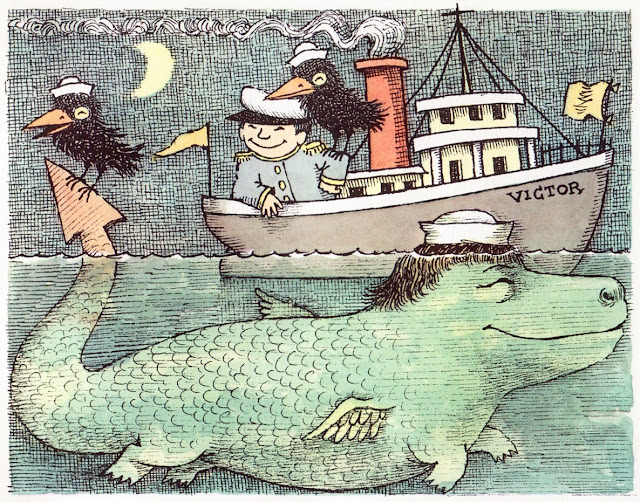 I particularly like the sea dragon’s wee little wings. I can just imagine him lifting that mammoth body up on those tiny things. Fear not, the monster regurgitates the vessel, and all is well again.

Never a dull moment in the Sendak world. 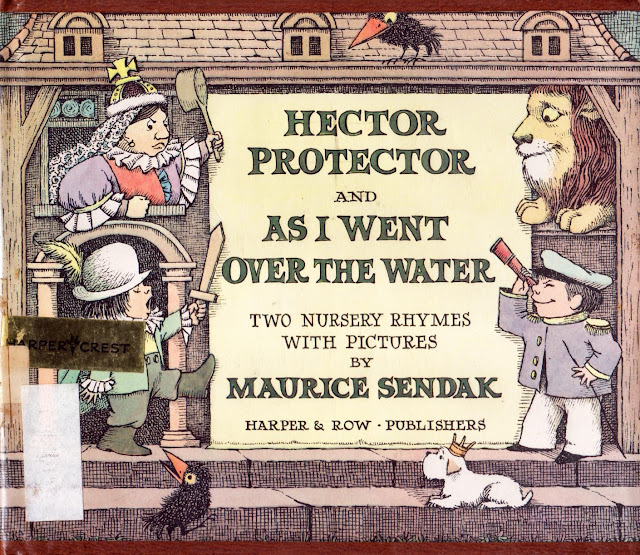 Also by:
A Very Special House
Mr. Rabbit and the Lovely Present
Moon Jumpers
What Do You Say, Dear?
Pierre: A Cautionary Tale
Some Swell Pup
Let’s Be Enemies
Chicken Soup with Rice
Lullabies and Night Songs
Outside Over There
I’ll Be You and You Be Me
The Juniper Tree
Where the Wild Things Are
Seven Little Monsters
Open House For Butterflies
Dear Mili
In the Night Kitchen
The Giant Story
Griffin and the Minor Cannon