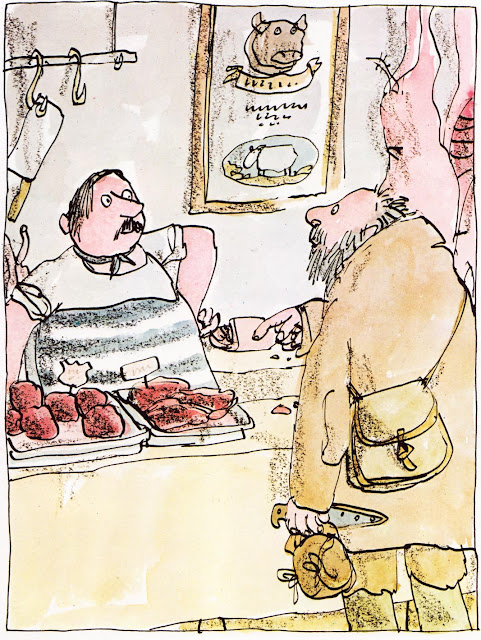 Gotta love any book that begins…

I guess you think you know this story.
You don’t. The real one’s much more gory. 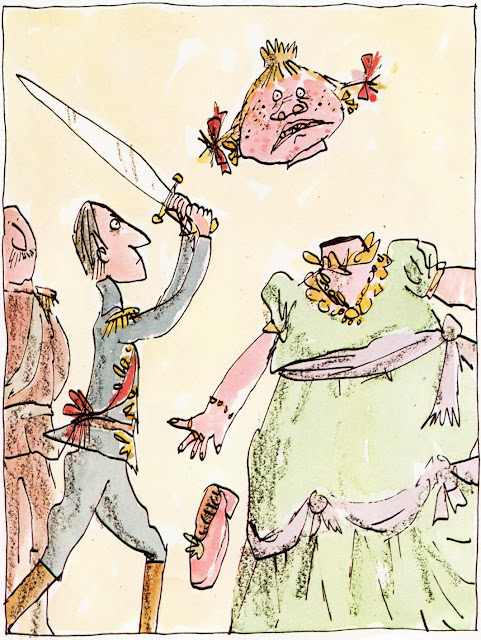 And so starts the fractured fairy tale of Dahl’s Cinderella, the first in six silly stories that make up a world of demonic, devilish fun. In Cinderella, we see our heroine become so disgusted when the prince lops off the heads of her sisters that she decides to shun the monarchy and instead settles down with a simple jam-maker. And lives happily ever after, I might add. 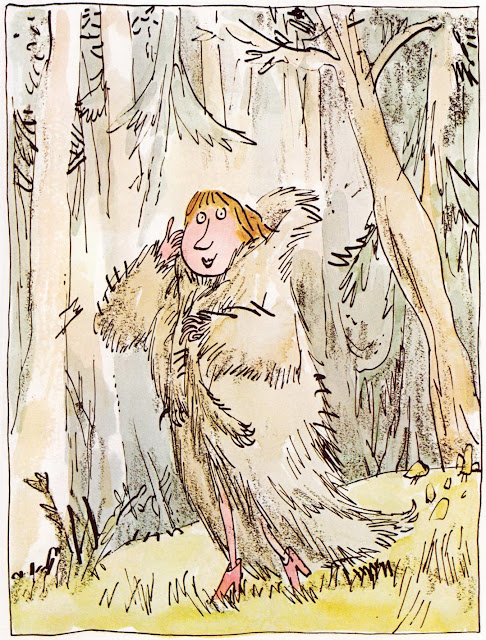 Next up, we peek in to see the giant at the top of the beanstalk eat Jack’s mother; the seven dwarves as ex horse race jockeys with a betting streak; Baby Bear getting a taste of predigested porridge (still inside Goldilocks, wink wink); Little Red Riding Hood in a cloak of self-skinned wolf-coat, and finally, Little Red appearing again, crashing the story of The Three Little Pigs as a paid hit-man, slaying the wolf and ending with a twist… 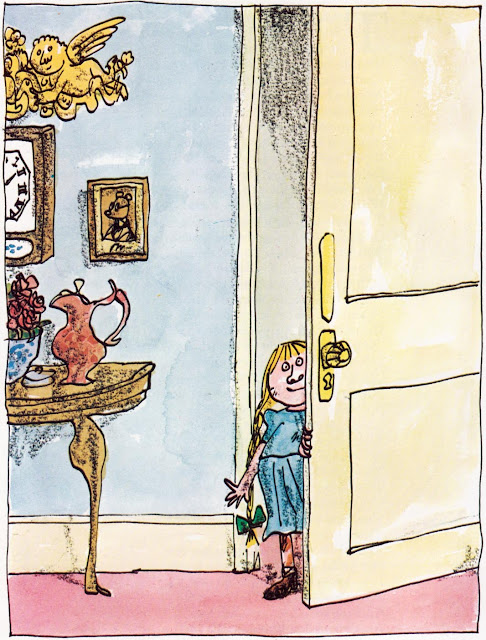 Ah, Piglet, you must never trust
Young ladies from the upper crust.
For now, Miss Riding Hood, one notes,
Not only has two wolfskin coats,
But when she goes from place to place,
She has a PIGSKIN TRAVELING CASE.

This one (along with its companion piece, Dirty Beasts) is so full of ridiculously raunchy fun, that it makes a great short-form introduction into the darker parts of Dahl. I love the juxtaposition below of the front and back covers. Simply sinister! 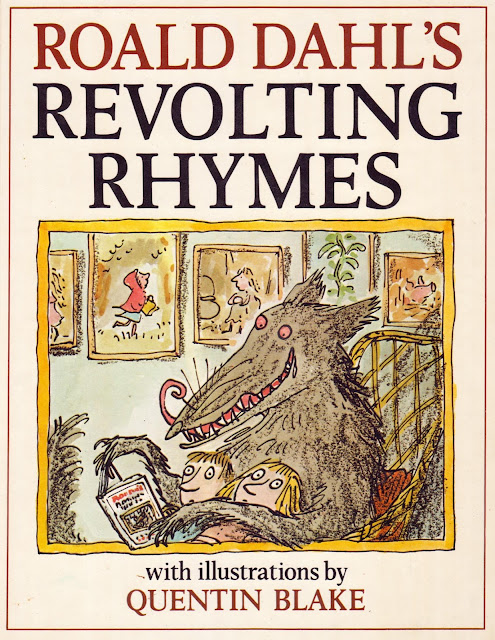 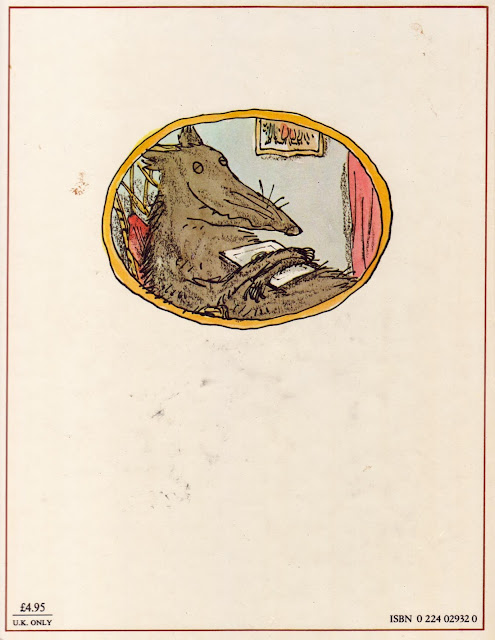