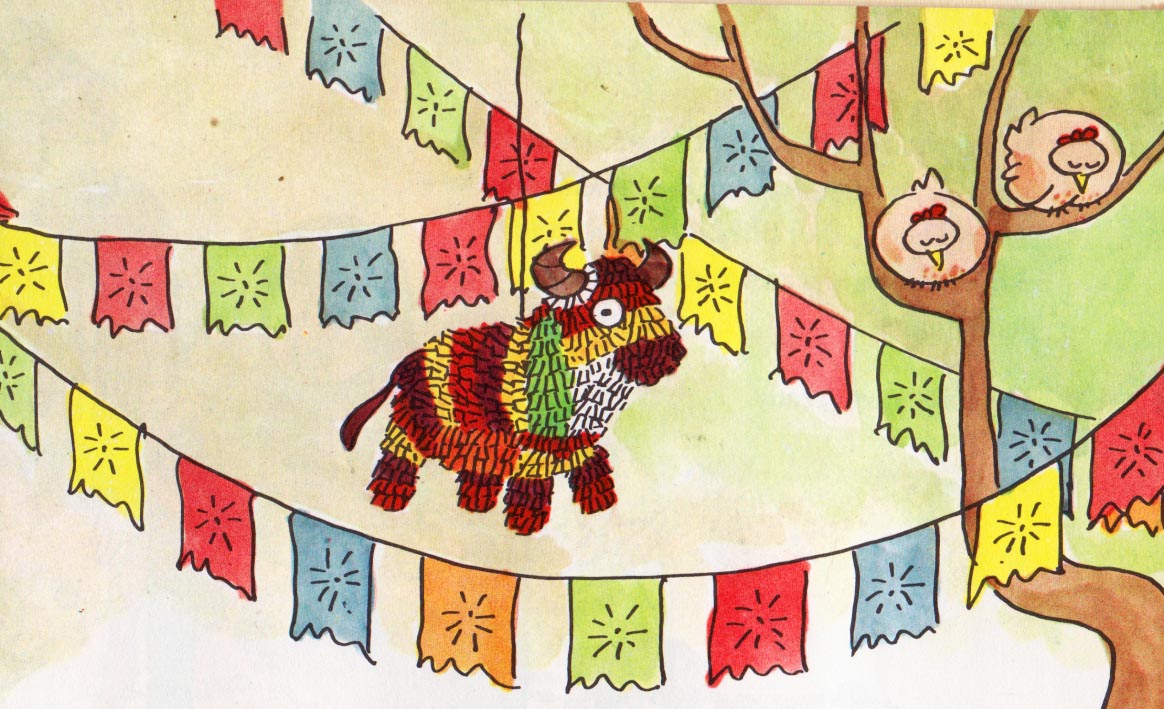 Hey kids! Welcome to the first day of Christmas!

You all know I am the biggest Jack Kent fan of all time, right? And Christmas is my favorite season of the year. And living in San Antonio is as close as you can get to Mexico without actually being there.

All three of those things rolled into a perfect ball of awesome?

Well, it doesn’t get any better than that. Introducing the saddest clay pot of all time with the happiest ever after, all in the name of las posadas. 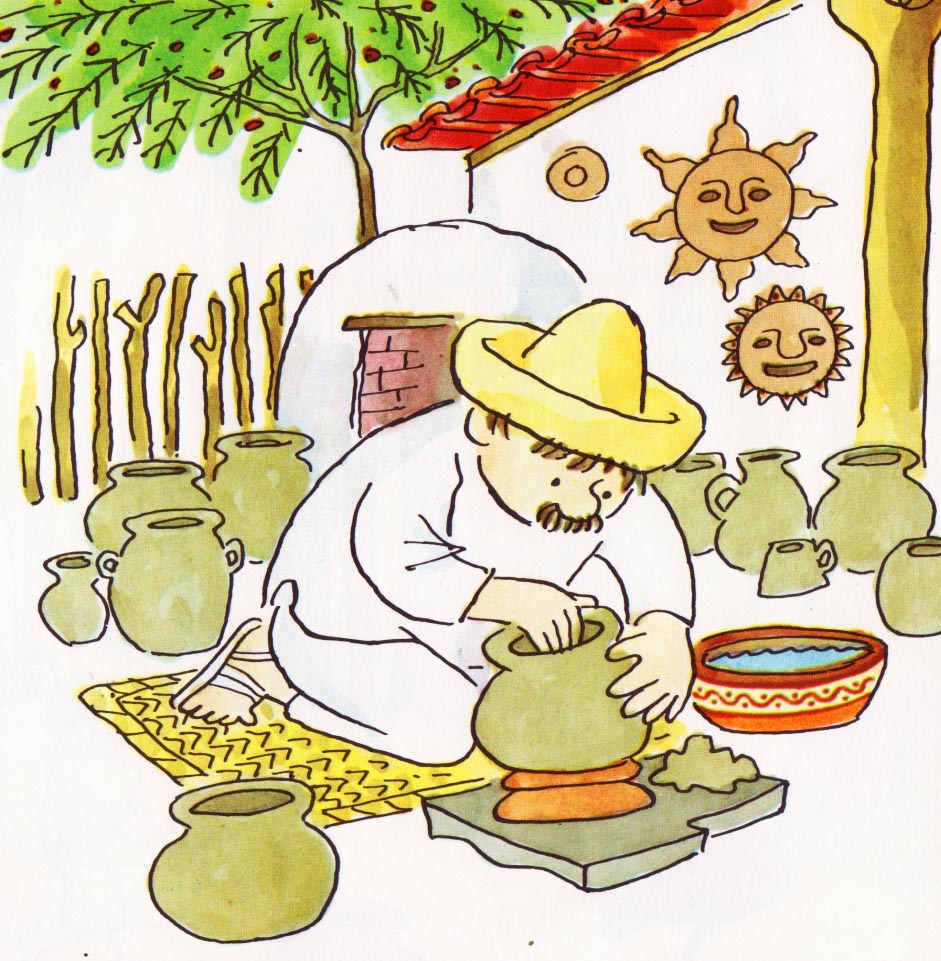 «In Mexico, the Christmas holidays begin unofficially with the saint’s day of Our Lady of Guadalupe. But can decorations appear anytime after the Day of the Dead on November 2. The festivities are in full swing with the beginning of the posadas — celebrated each evening from December 16 to 24. They are, in fact, a novenario — nine days of religious observance based on the nine months that Maria carried Jesus in her womb.
The posadas re-enact Mary and Joseph’s cold and difficult journey from Nazareth to Bethlehem in search of shelter; in Spanish, the word means «lodging.» Traditionally, a party is held each night in a neighborhood home. At dusk, guests gather outside the house with children dressed as shepherds, angels and sometimes, Mary and Joseph. An angel leads the procession, followed by Mary and Joseph or by guests carrying their images. The adults follow, carrying lighted candles.
The «pilgrims» sing a song asking for shelter, and the hosts sing a reply, finally opening the doors to the guests and offering hot ponche, fried rosette cookies known as buñuelos, steaming hot tamales and other festive foods. The party ends with a piñata in the shape of the Christmas star.
The last posada, held on December 24, is followed by midnight mass, a tradition that lives on in countless Mexican towns and cities.» (from Mexconnect).
If you didn’t get through that description, be sure to watch the las posadas segment (designed by Mary Blair)  from my son’s all time favorite movie, The Three Caballeros.

Anywho, on to the book.

Juan Gomez is a potter who makes handsome clay pots. He and his son take care to make the prettiest pots around, but that doesn’t mean they don’t crack one every now and again. One such cracked pot gets its heart broken when it sees how grand the other fancy, painted pots are. That is until it is selected by the man’s wife and daughter for the highest honor of all, to become a piñata for las posadas. 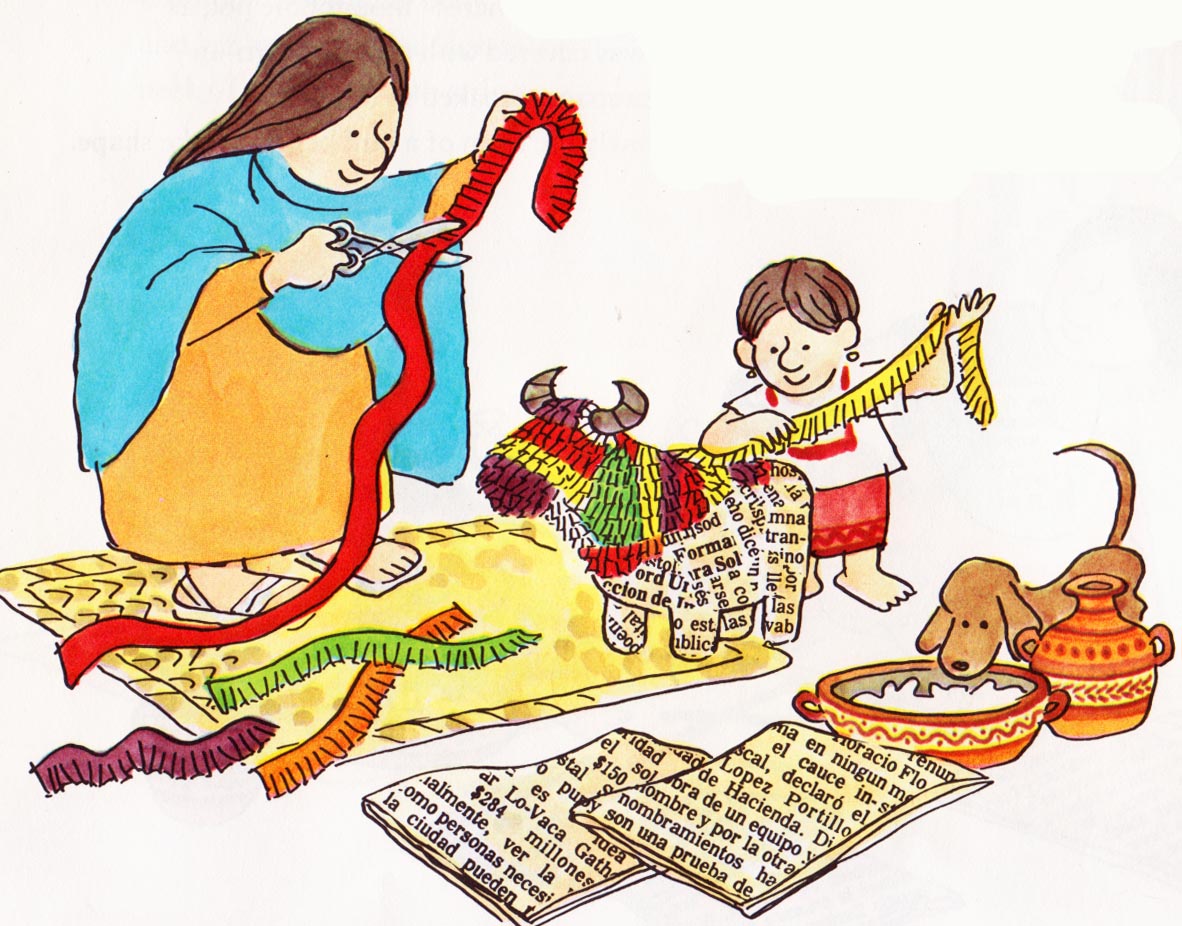 Using a pot for the body, Maria and her mother added legs and a neck of sticks tied with string. «It’s dark in here!» thought the pot, as it was covered with a skin of torn-up newspapers soaked in flour paste. Slowly the form of a bull began to take shape. Then it was covered with fringed strips of colored tissue paper.

«I’m beautiful!» the proud pot said happily to itself. 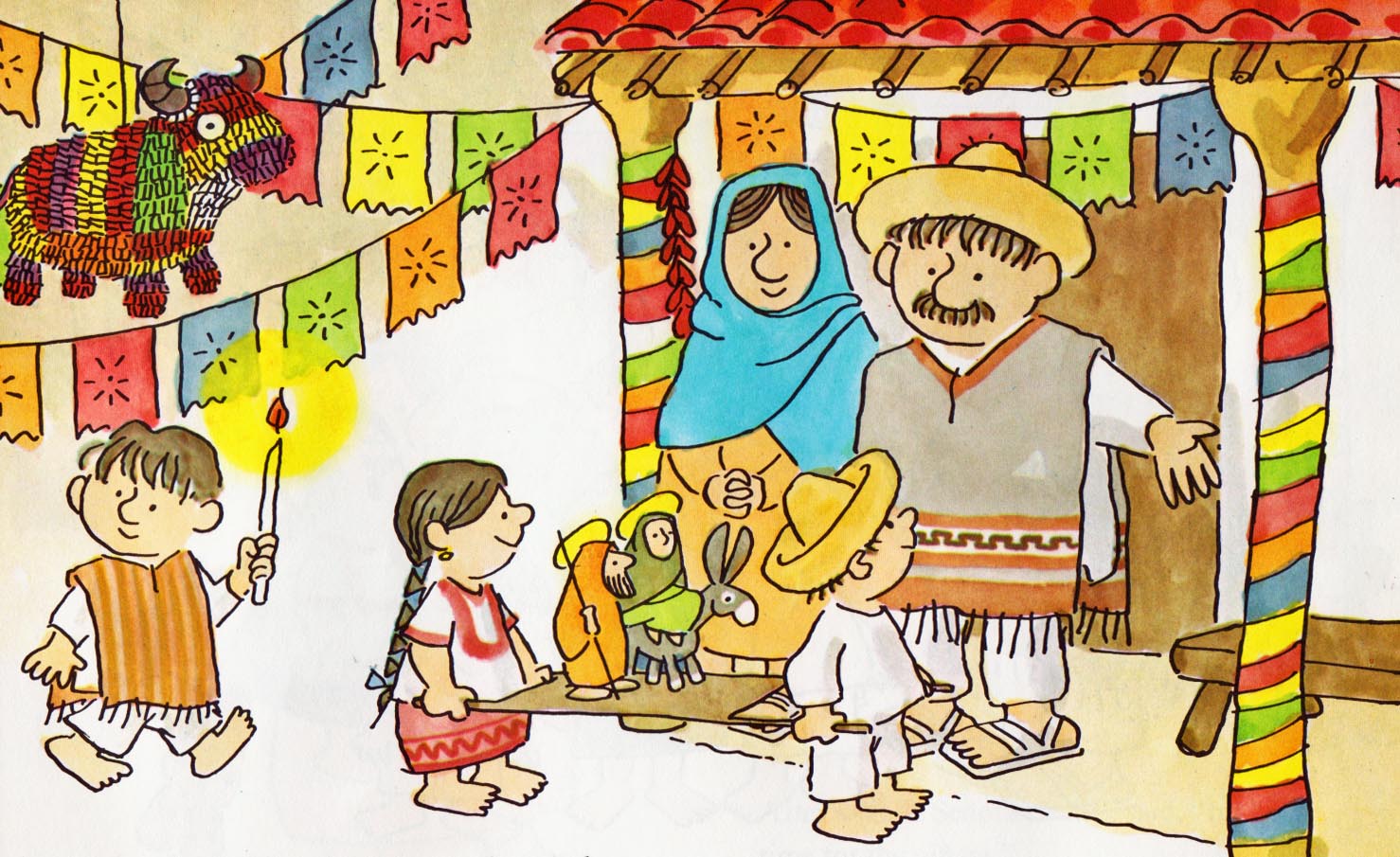 The pot becomes the centerpiece of a wonderful celebration, but is ultimately shattered in joy. In what is possibly the best morality ending to a children’s book ever, we see the pot, shattered on a heap with the other beautiful pots he’d once felt envy toward, now all cast aside. 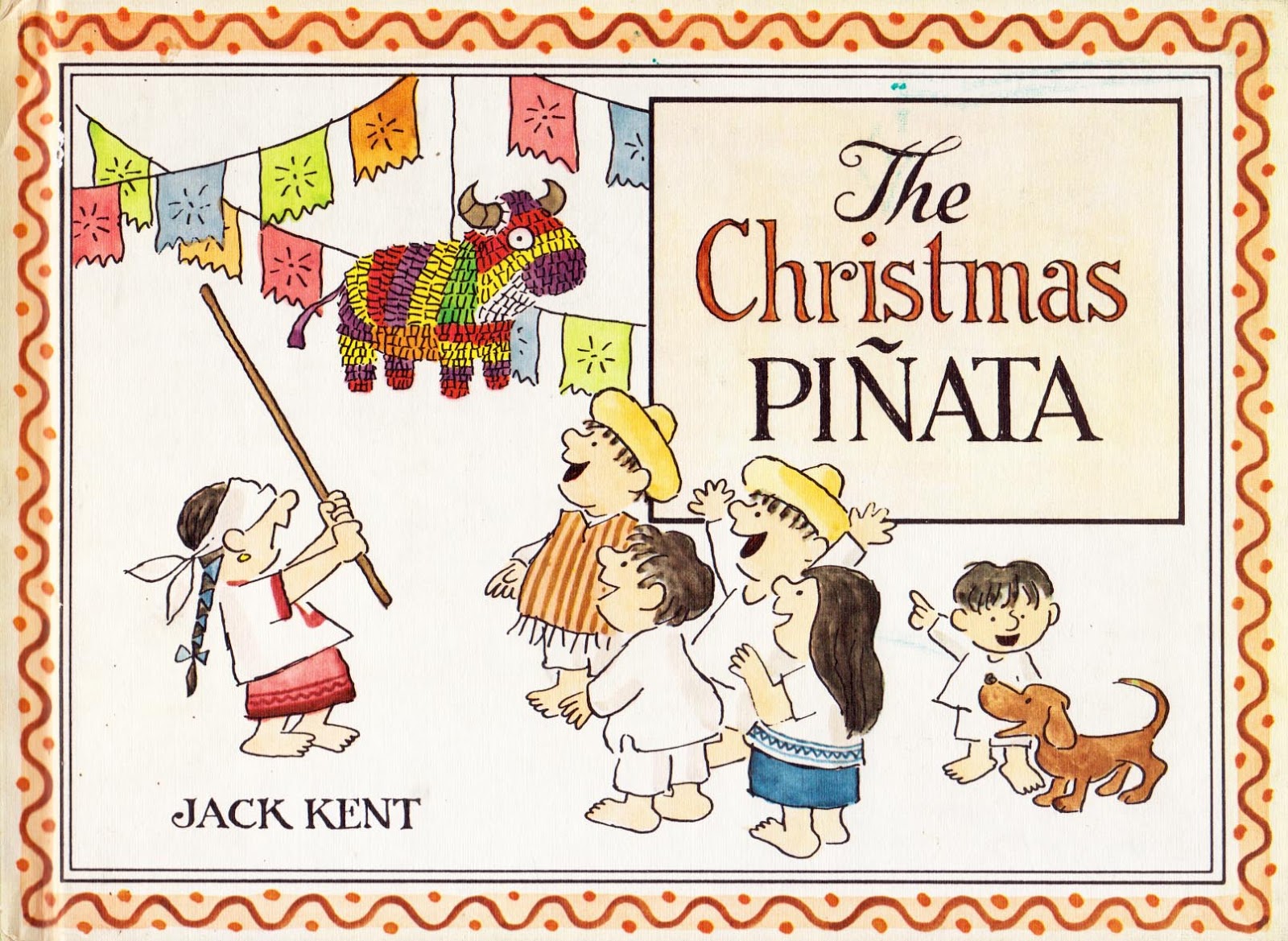 Also by:
Jack Kent’s Twelve Days of Christmas
I Was Walking Down the Road
The Grown-Up Day
The Fox and the Crow
The Biggest Shadow in the Zoo
The Animobile Book
Jack Kent’s Book of Nursery Tales
Dooly and the Snortsnoot
Mr. Meebles
Cindy Lou and the Witch’s Dog
Clotilda
The Blah
Jack Kent’s Valentine Sticker Book
The Bremen-town Musicians
Round Robin
Just Only John
Fly Away Home
Fat Cat
Piggy Bank Gonzales
Socks for Supper
The Simple Prince