Simon in the Land of Chalk Drawings 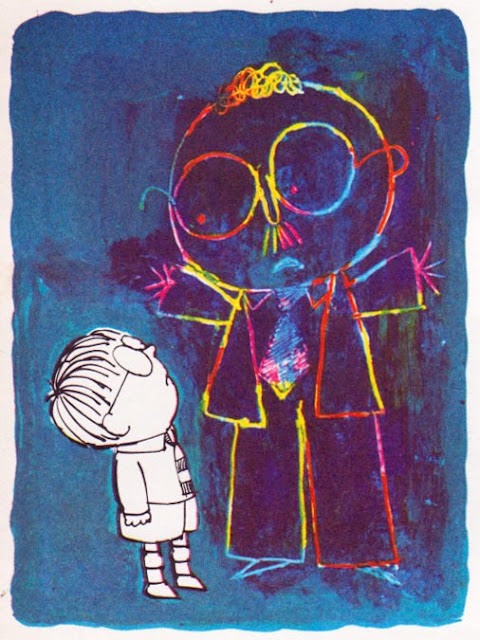 Simon in the Land of Chalk Drawings
Edward McLachlan ~ Follett, 1969

If you are a child of the 70s, you’ll surely remember this little ditty…

Well, you know my name is Simon, and the things I draw come true…

Yes, many a morning spent watching Captain Kangaroo embedded that particular line of verse into my subconscious forever and ever. It was a cartoon short they used to play on the show that has stuck with me all these years, and resurfaces every now and again.

Only this time, I did a bit more digging… according to the Wiki: 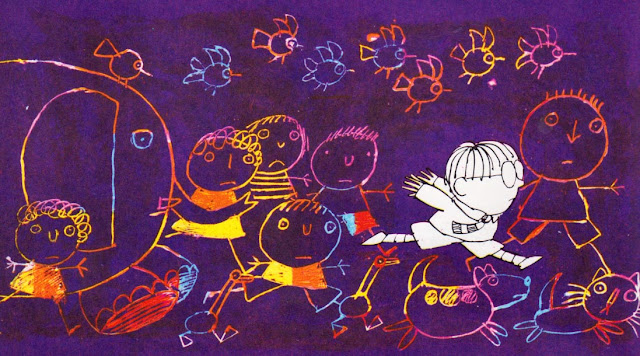 The program is based upon the writings of Edward McLachlan. It was produced in the early by FilmFair Productions in London for Thames Television, and was originally a 5 minute program, broadcast around tea time in Britain. The program also became familiar to American audiences in the mid 1970s when it was featured on Captain Kangaroo (where it was narrated by Bob Keeshan instead of Bernard Cribbins). 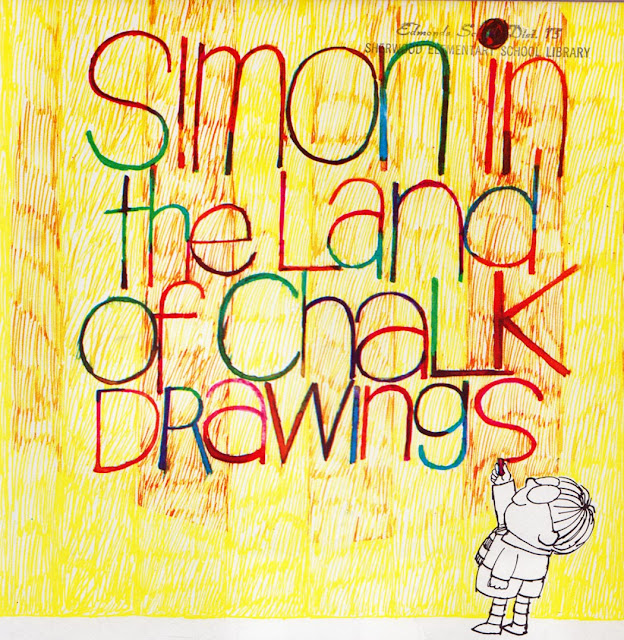 The line that intrigued me was this…
The programme is based upon the writings of Edward McLachlan.
A few more Google searches and $40 later, I am holding this little angel in my hand. Apparently, the cartoon series was based on a book.


Simon loved to draw. He would have liked to draw all the time, and occasionally he would even draw on the fence on his way to school. But he never finished anything he did. One morning on his way to school he found a strange figure waiting for him beside the fence.
«Why, you’re the drawing I did yesterday,» said Simon.
«Yes,» replied the drawing, «and if you will be so kind as to complete me, I would like to take you somewhere.»
Simon took a piece of chalk out of his pocket and gave the figure another ear, and eye, and arm.
«Thank you,» said the drawing and beckoned Simon to follow his.
This is so much fun, thought Simon. Much better than school. 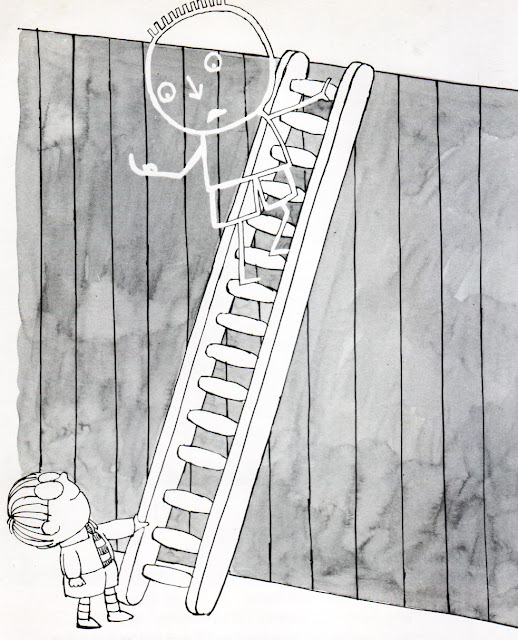 So Simon finds himself up and over the fence and into the Land of Chalk Drawings. A place where everyone is miserable because Simon only half drew everything. Upon finding a train with no track, he draws more. A mess of animals missing tails and whiskers and ears and feet, he quickly makes them whole. 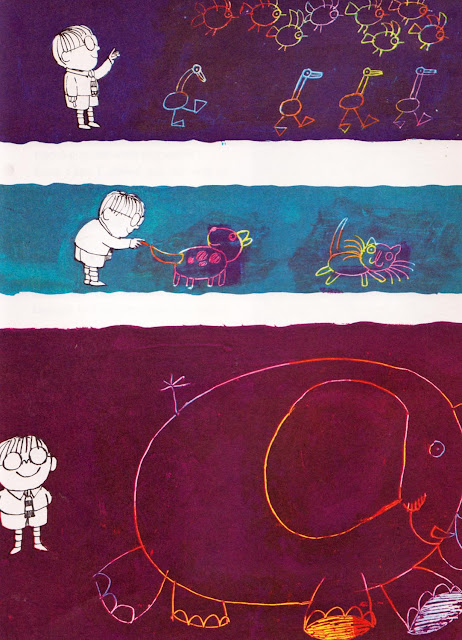 A teacher without any books, though when he makes that situation right and the teacher begins a lesson, he immediately wishes he hadn’t. 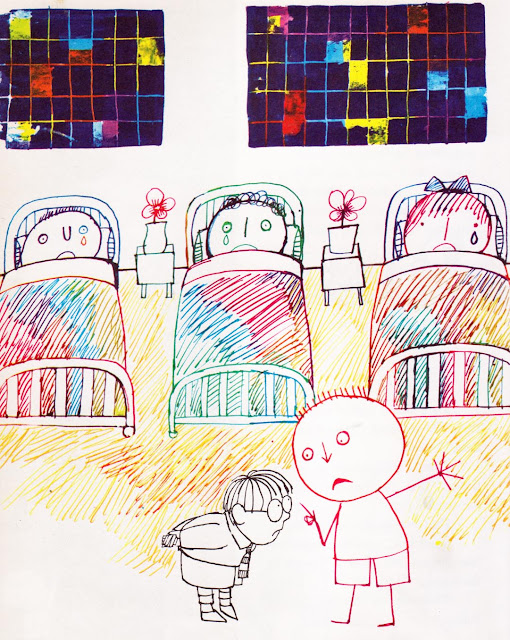 Eventually, Simon sets right all he had half finished, and worried that he’ll be late to school, climbs back over the fence and promises to come back again.
And apparently he did. Fourteen episodic times. 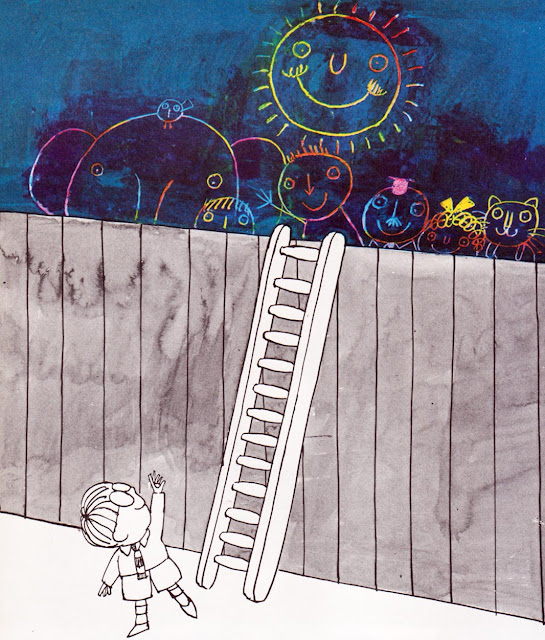 He even showed up as a Mike Myers spoof decades later on Saturday Night Live, and now apparently has a new version that is showing on some channel or another. I won’t dare have a look for fear that it sully my childhood memories of awesome. Good times friends. Good times. 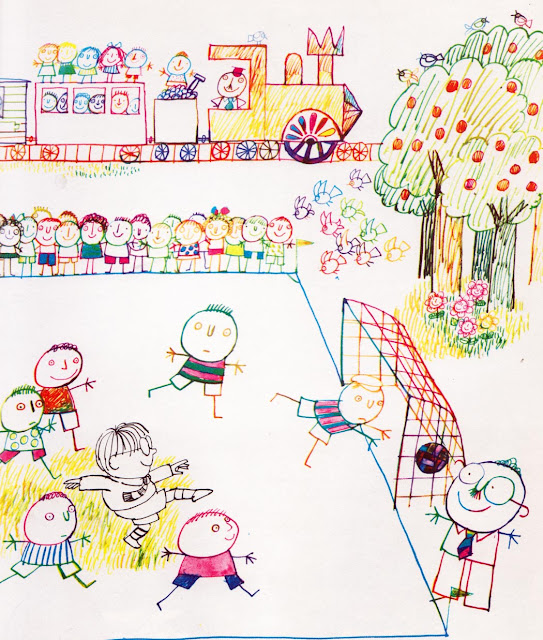 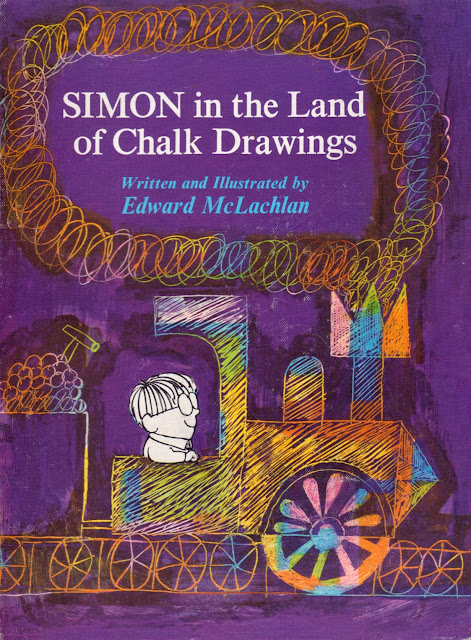