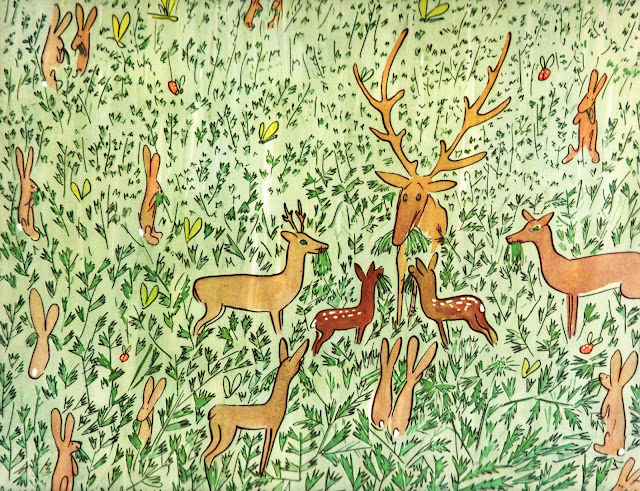 To my surprise, I sat down tonight to write this post only to discover that one of my favorite blogs was having a like-minded moment. I’m not going to say this book has an anti-gun message, but… for sure it has an anti-gun message. Take that with whatever grain of salt you want and know that it has been one of the crappiest weekends of all time for parents and anyone else with a heartbeat. If the idea that a magical sort of tree can save us all from harm brings you any solace… well then, you are a dear dear soul. 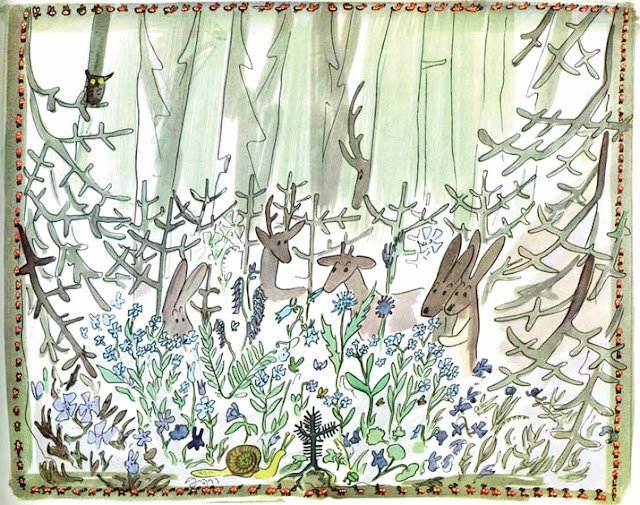 Originally published in Woman’s Day in ’53 as a sort of poem called «The Old Stag and the Tree», it is the story shared between two unlikely friends.

At the edge of a deep, a deep green forest
stands an old, lone pine tree looking out
over the valley below.
It had started life there, emerald green and hopeful,
and for a while stretched its little arms
unworried to the sky,
but then it discovered that it stood
at the edge of an abyss,
and that the wind blew at it
day and night,
and that the snow tried to smother it.
It knew that if it wanted to stay
it had to fight,
and so it held onto the rocks
with a will, and thoroughly rooted.
It got old, so old
that several generations of trees
that stood in the protected forest
and grew up, easily and straight,
fell to the ax, and became
parts of houses, furniture, and ships
in the world below.
Nobody wanted the crooked pine.
It was useless to men. It had grown so big
that its twisted boughs
spread like a green tarpaulin, low over the ground,
and in this safe shelter,
secure from hunters’ eyes,
in a home of molded leaves and mosses,
a stag raised his young,
and the tree and the stag were grateful
to each other. And both got very, very old.
The stag was a grandfather many times,
and his antlers were the biggest in the forest.
He wore whiskers,
and he came daily to the tree,
not to sleep there any more,
for his old friend had become barren
and no longer could offer him cover.
He came there out of friendship,
and to look out over the valley below
so that he could warn his grandchildren,
who played in the deep forest, of danger approaching.
And when the old tree and the old stag
were together, weather-beaten the one, and gray the other,
it was difficult to tell which were the antlers and
which the barren boughs.
One day, a hunter below, looking through his
powerful binoculars,
saw the stag, in the first morning blush,
but the stag did not see him, for his eyesight was failing.
The young deer played while danger approached,
and the old deer wandered off to feed at the edge
of the forest,
while the hunter carefully climbed
and came up over the edge of the abyss.
The stag stood just right
three hundred yards away. 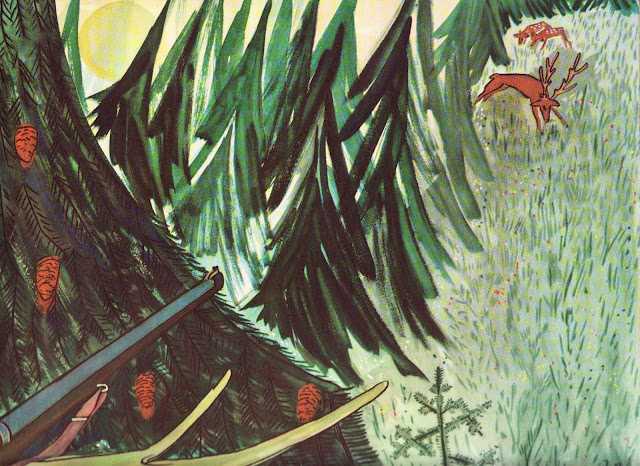 The hunter leaned against the tree to steady himself,

but suddenly, just as he was about
to squeeze the trigger,
the tree whispered his warning.
From betwixt two clouds that were as puffed cheeks
there came a burst of wind,
and the tree twisted and knocked against the hunter,
and one of the roots tripped him,
and he fell and fell, followed by stones,
until he lay, far below, to hunt no more.
The gun was lost in a ravine,
but swinging back and forth quietly
on one of the crooked arms of the pine
hung the sharp binoculars,
which the tree
had lifted off the hunter’s shoulders
as he fell.
And now all the old stag has to do
is to stand there and look down into the valley
through the binoculars
for other hunters,
and if he doesn’t die of old age,
he and his family
will live happily forever after. 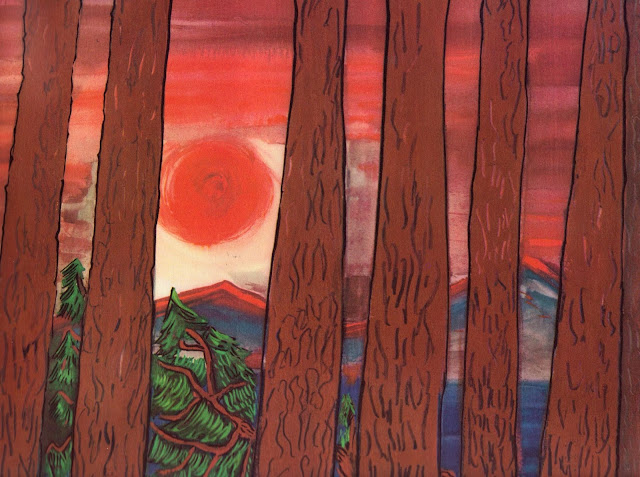 One last thought. A dear friend of mine posted this on Facebook over the weekend and it seemed apropos.

«When I was a boy and I would see scary things in the news, my mother would say to me, «Look for the helpers. You will always find people who are helping.» To this day, especially in times of «disaster,» I remember my mother’s words and I am always comforted by realizing that there are still so many helpers – so many caring people in this world.»Fred McFeely Rogers (March 20, 1928 – February 27, 2003) 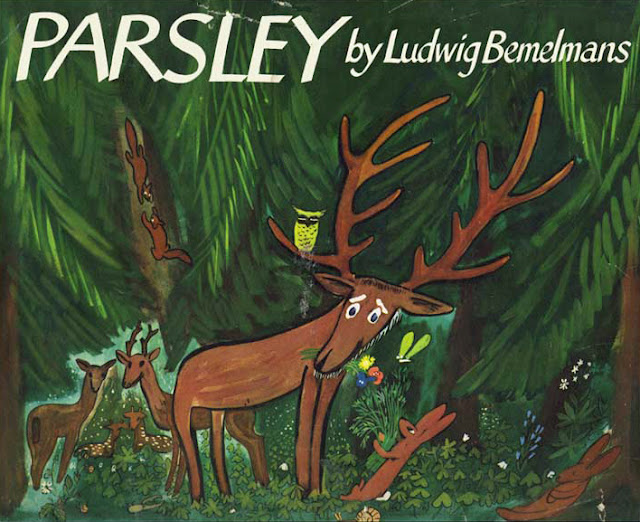 Also by:
Madeleine and the Gypsies