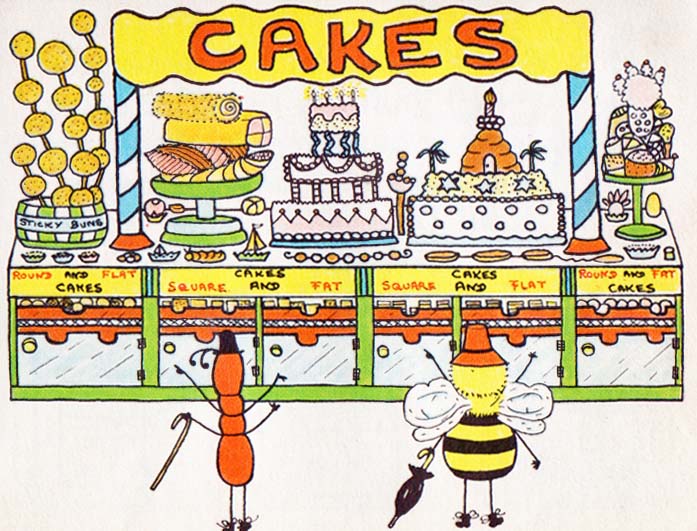 Angela Banner ~ Kaye & Ward, 1972
UPDATE*** A reader just pointed out that Egmont is going to be rereleasing these books starting in February 2013. Yay!!!!

I never had any Ant and Bee books when I was little. I vaguely remember having seen them on and off throughout my youth though I can not recall where. When I mention to people that I collect old children’s books, on occasion an Ant and Bee will materialize out of someone’s purse brought as a special treat to share. Everyone I know who has one covets them like a secret treasure to be handled gently and awed over and then tucked away in a protective sleeve. The Aunt and Bee ownership stories are special, wrapped in cozy memories and often told in something akin to a whisper. «It was my mother’s. Isn’t it dear?» «My grandmother used to keep them in her guest room and read them to me when I was little.» «My aunt gave this to me as a child. It’s my most cherished possession.»

For those not in the know, the Ant and Bee stories were «a collection of small format hardback books produced in the United Kingdom in the 1960s and 1970s. They were reprinted by Trafalgar Square in the late 1980s and early 1990s. They were designed to teach pre-school children about the alphabet, shapes and colours. The principal characters were Ant (the naughtier and more adventurous half of the duo) and Bee (more sensible and better behaved).

On occasions they were joined by the Kind Dog and/or the zoo man. The primary lure of these books is that simple three and four-letter words are texted in red so children can associate the print with the pictures.» (Thanks again Wiki, you endless source of awesome.) 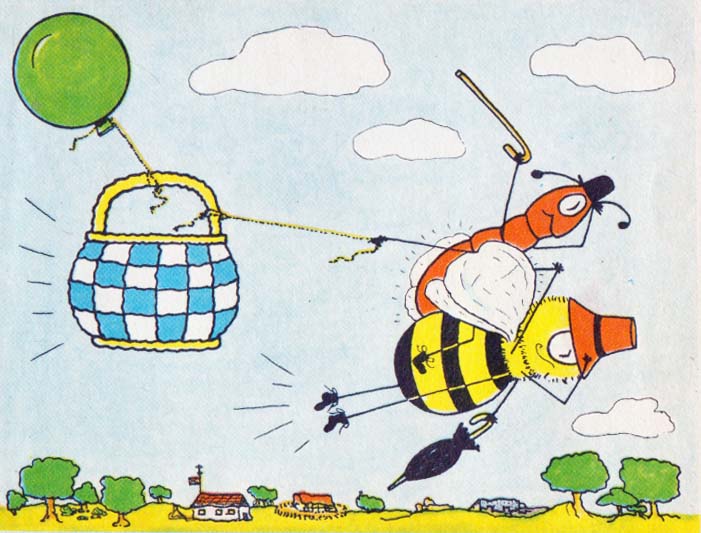 I don’t own any now because the wee little tomes run between $40 and $500 depending on the edition and rarity. But having had the chance to peruse a few, it’s easy to see why these books are so loved. The first thing to die for is the size. At 4 X 5 inches and around 100 pages long, they are tiny, but still packed with pages.

The bold and busy illustrations make a huge impression with solid color and lots to look at. Add the fact that Ant and Bee themselves are drawn pretty hysterically and you have a world of fun that fits snugly into a child’s tiny hand. 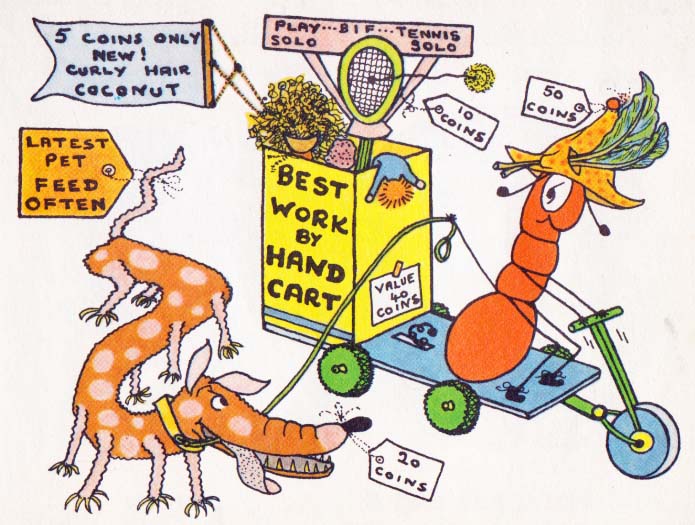 This particular book was borrowed from my boss. There were thirteen books in all; this one being the 12th in the series published in 1972 about the day Ant and Bee invite Kind Dog to dinner and have to shop and focus on things round, fat and flat. Super cute. (See a full scan of Ant and Bee Go Shopping, here.)

If you come across one of these books in your thrift store travels, grab it and never let it go.

Lest you be sorry… 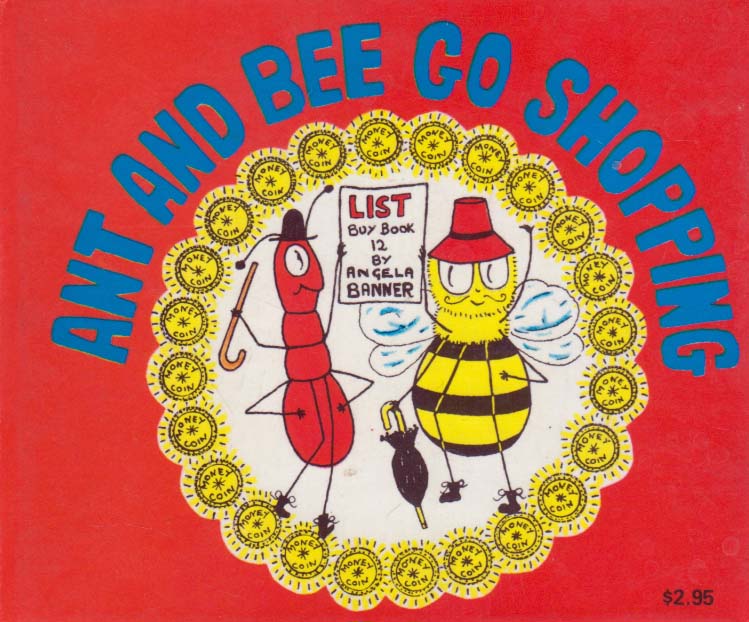