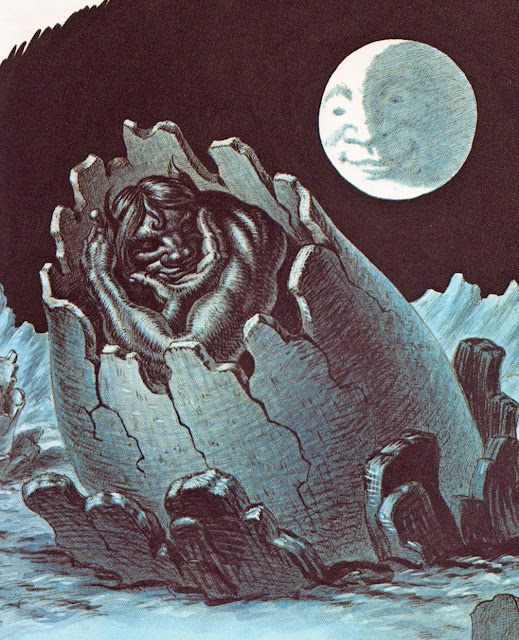 Michael Berenstain ~ Random House, 1980
This post is going to involve a number of my favorite things. First, I love getting e-mails that include the words, «I WAS WONDERING IF YOU REMEMBER A BOOK…» Often, I don’t know the book the reader is after (sometimes I do, YAY), and I send them to whatsthatbook.com. The best part is, they usually write me back to tell me what it was when they find it.
Well, the other day I was emptying out my inbox and came across an unopened e-mail from a year ago.
It read… 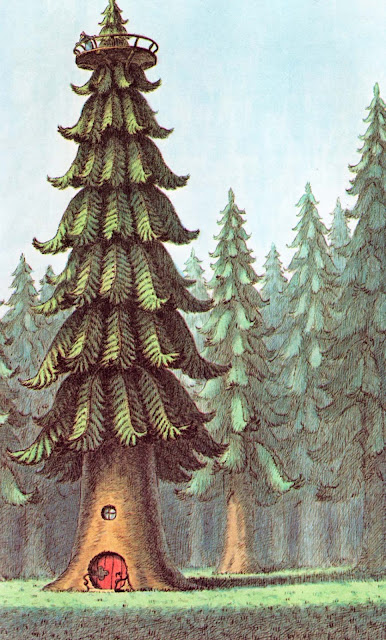 «I love your blog for children’s books. I came across it while looking for a book I used to read when I was little and now I want to get it for my daughter. From what I remember it had either goblins or trolls that lived underground or inside trees. It looks like it might have been made in the early 80s or late 70s. The drawings were of a tree cut in half and inside lived the creatures. I used to love the fact that it was very intricately drawn. I’ve been looking for it for years.» 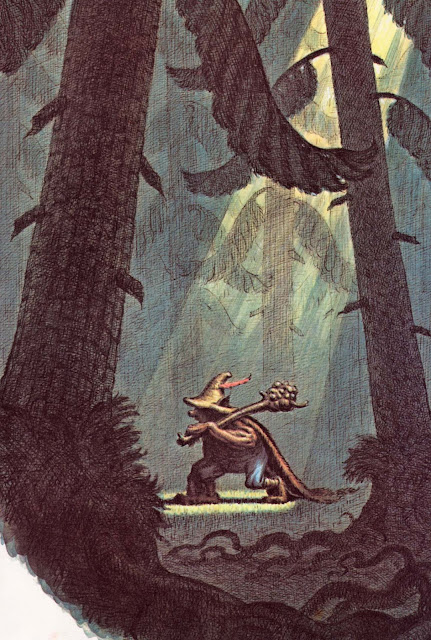 Feeling like crap that an e-mail had gone unanswered for so long, I immediately wrote him back saying I did not recognize the book, and within a few hours, I received a reply back that it was quite alright because he had tracked down the book in question. 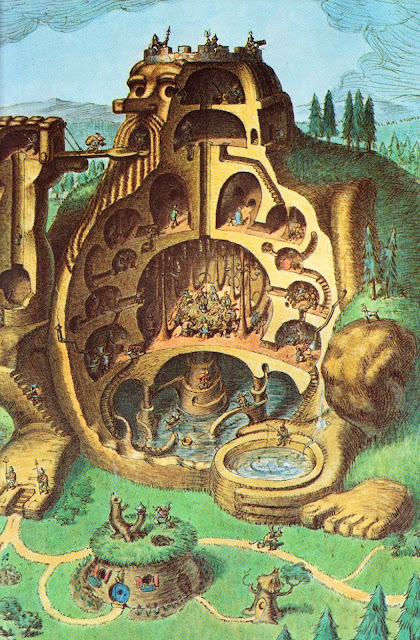 The second thing about this post that I love is anything old school Berenstain Bears or related to Bear Country really gets me excited, particularly when it’s something I’ve never seen before. I’m a fan of the Berenstain’s youngest son Michael, in that he draws in the same style as his parents but always gives it a wee bit more of an edge. When my son was younger, he loved Michael’s «I Heart Dinosaurs» series: Day of the Dinosaur, The Horned Dinosaur, The Spike-Tailed Dinosaur, Flying Dinosaurs and The Biggest Dinosaurs. There’s even more to love like Peat Moss and Ivy, The Ship Book, The Castle Book and the one I’m dying to see but have never gotten my hands on… The Creature Catalog.

As big a fan as I am, I’d never even heard of The Troll Book! I immediately looked online and the least expensive copy available was $50. Damn it!

Which leads me to the third favorite thing about this post. The fact that I now work in an office that’s housed in a library. Three minutes after remembering that fact, I had this book in my hand. The Troll Book.

Which, is just that. A book about trolls. 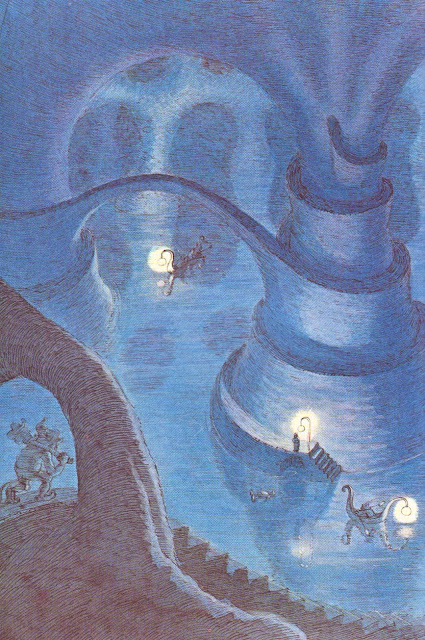 Deep in the forests of Scandinavia, where the dark pines loom and pale lichens spot the rocks, there dwell a strange and little known folk. No one knows how long they have been there, nor how first they came into the world. But it is clear that they are an ancient race–so ancient, in fact, that the pines, the lichens, even the rocks feel young when they pass by.

They are the trolls. 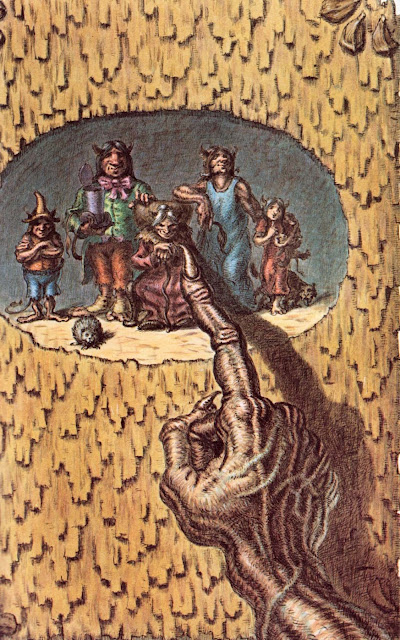 In the pages that follow, we learn loads of interesting facts about trolls and their brethren. Like, did you know trolls, «with their big, furry ears…can hear a wolf’s heartbeat at fifty paces»? Or that they live in hollowed-out tree trunks. That «troll magic is not an art or craft. It is an ability as natural as seeing or breathing»? That a «night troll» can turn a human into a troll by «rubbing them with magic troll ointment, stretching their arms, and howling in their ears»?

So many wonderful mysteries unfold, all in the signature hatching style. I love the Berenstain style when Stan and Jan were at their peak and Michael’s older work certainly reflects that penwork. 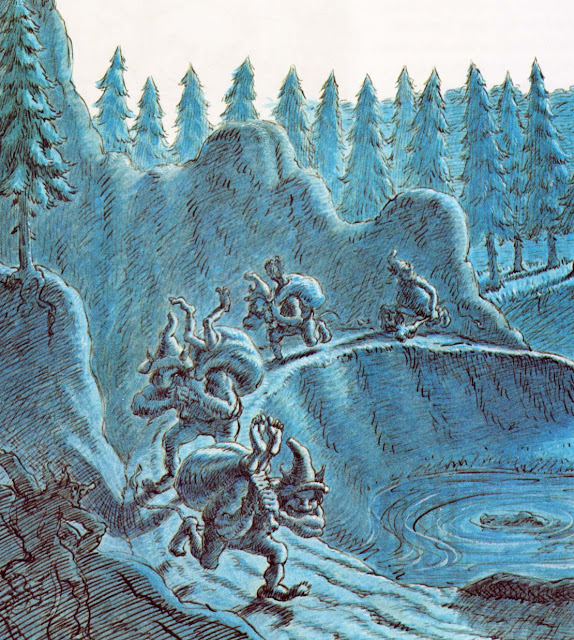 Currently, Michael spends his time keeping the family flame alive by illustrating new Berenstain Bear adventures, often giving them religious undertones, but man, oh, man would I like to see more troll and monster books from him in the future. 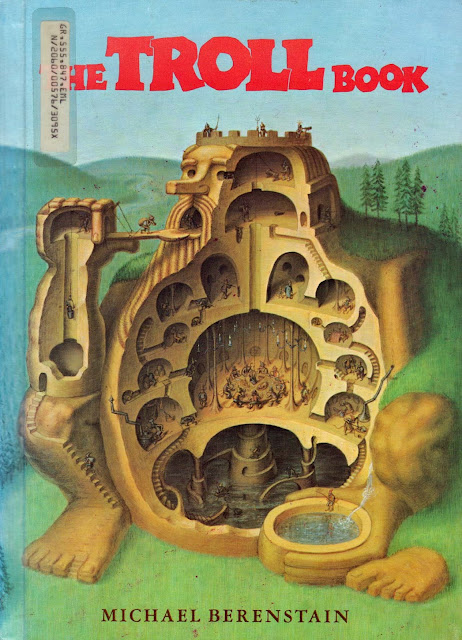