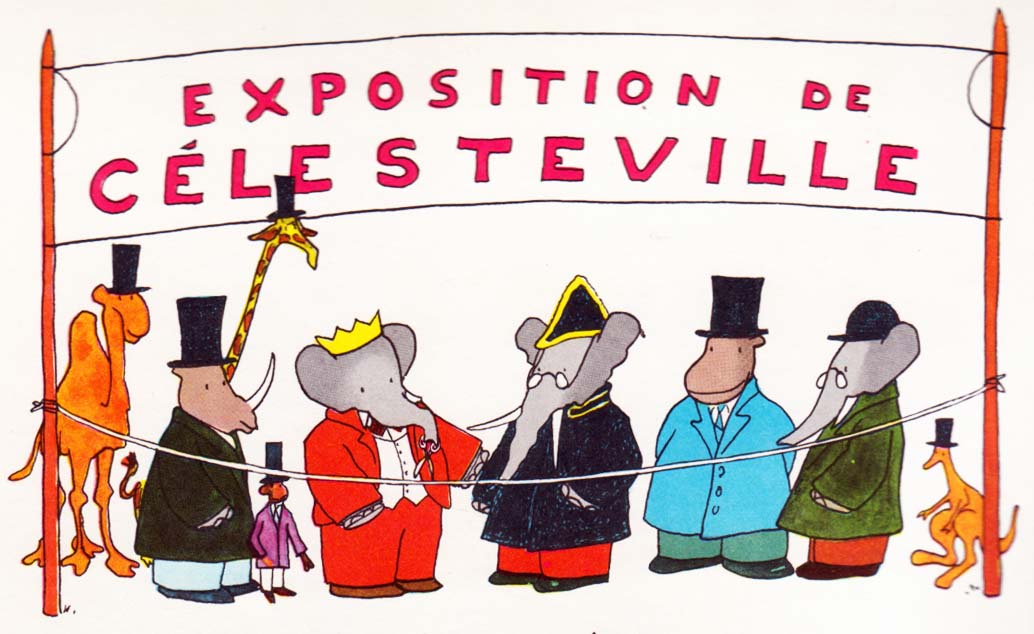 Laurent de Brunhoff ~ Random House, 1954
And speaking of children continuing the legacy of their artistic parents… I recently found another in the Babar series that I’d never seen before authored by the second generation of de Brunhoff. Published in 1954 and only his fourth attempt at following in his father’s footsteps, the drawing style sticks very closely to the original Babar books. Unlike Laurent’s later Babar books, you can hardly tell the difference between his work and the real thing. 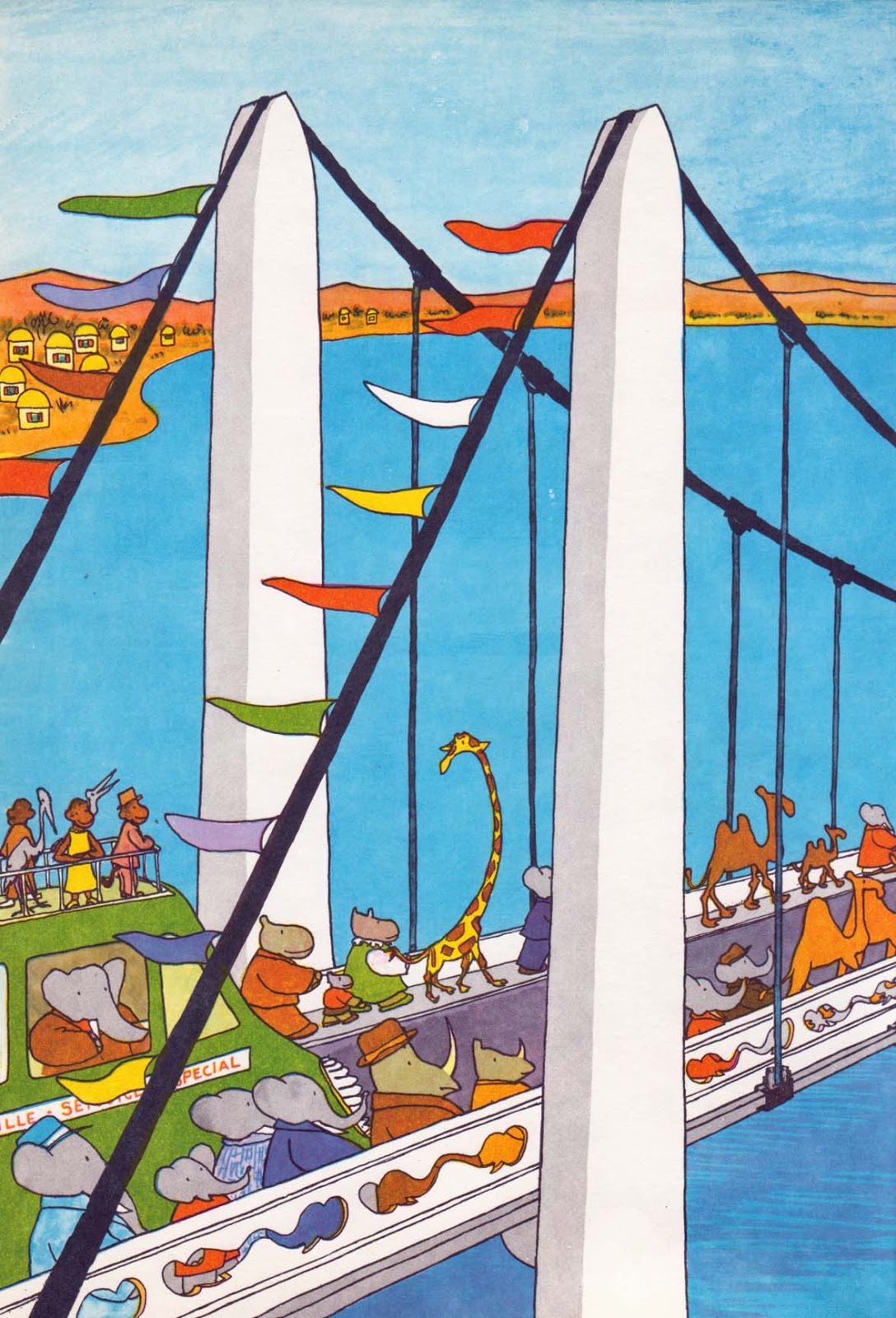 In Babar’s Fair, Babar and his closest colleagues decide to stage a fair in Celesteville to celebrate the city’s anniversary. One that will attract foreign dignitaries and tourists and highlight all the worldly and wonderful things the elephant city has to offer. 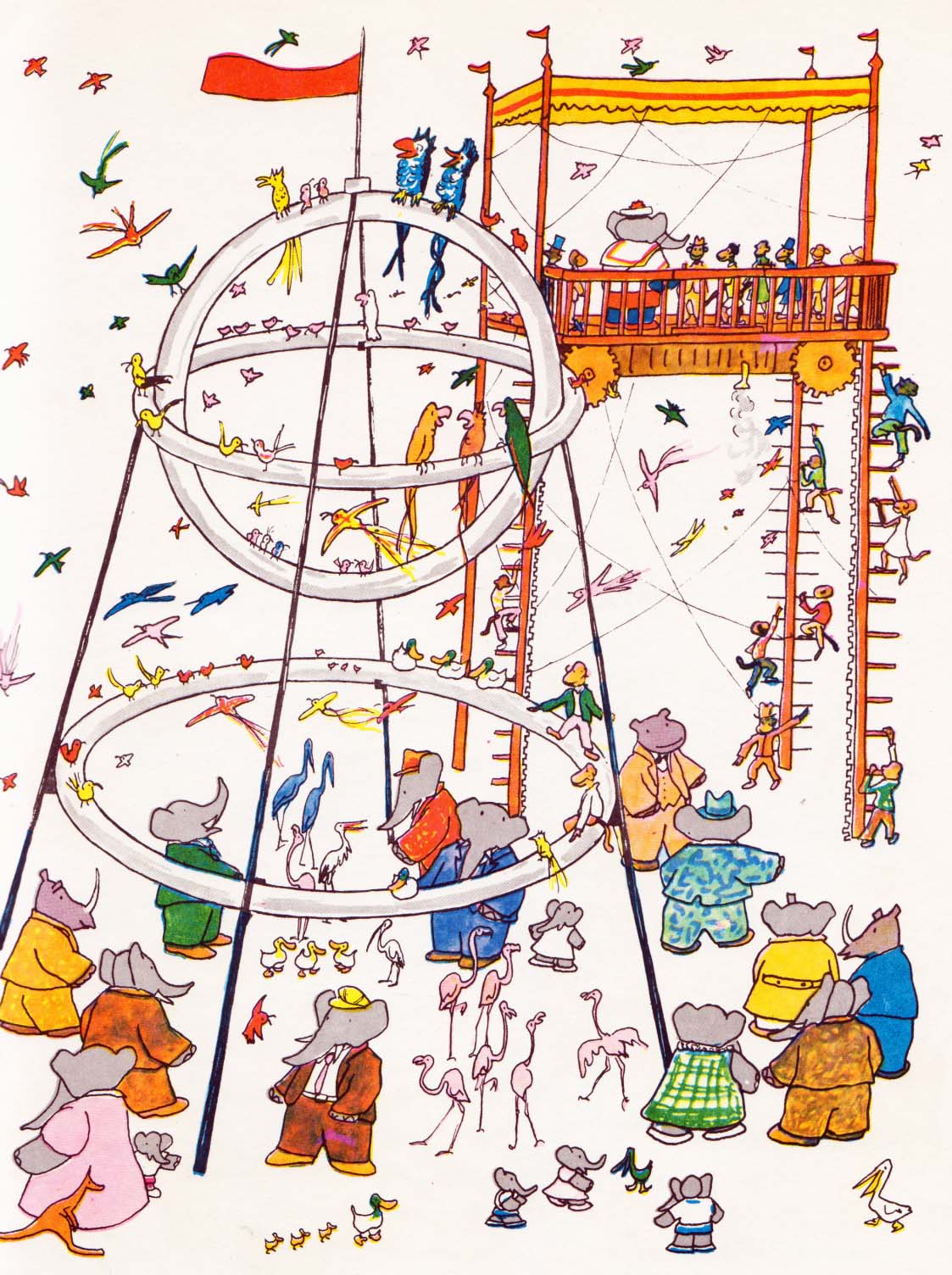 «My dear guests, my dear friends, it is with great emotion that I now open this exposition. This is the first time in our history that we are holding such a festival. We have never before had do many people in Celesteville. May we all get to know and like each other. My friends, I wish you all a wonderful time!»

A thunder of applause follows his speech. Then Cornelius hands Babar a pair of scissors. There is complete silence. Babar cuts the ribbon. The fair is open. 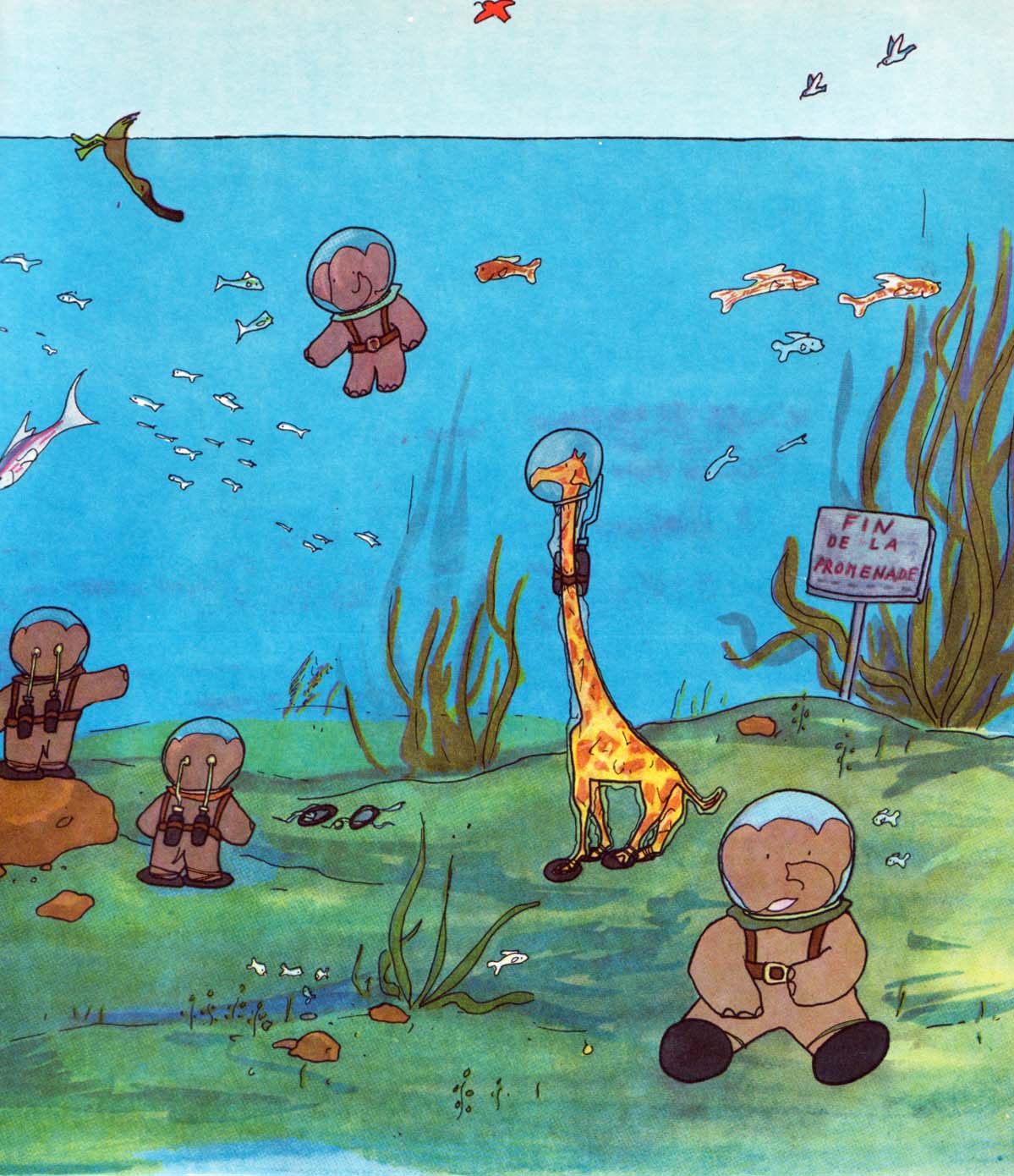 Imagine a fair with pyramid displays sponsored by kangaroos. Giraffe castles with tiny windows «to keep the house cool». Underwater diving exhibits where all the animals don scuba equipment. Puppet shows and sailing trips and sculptures crafted by lions. 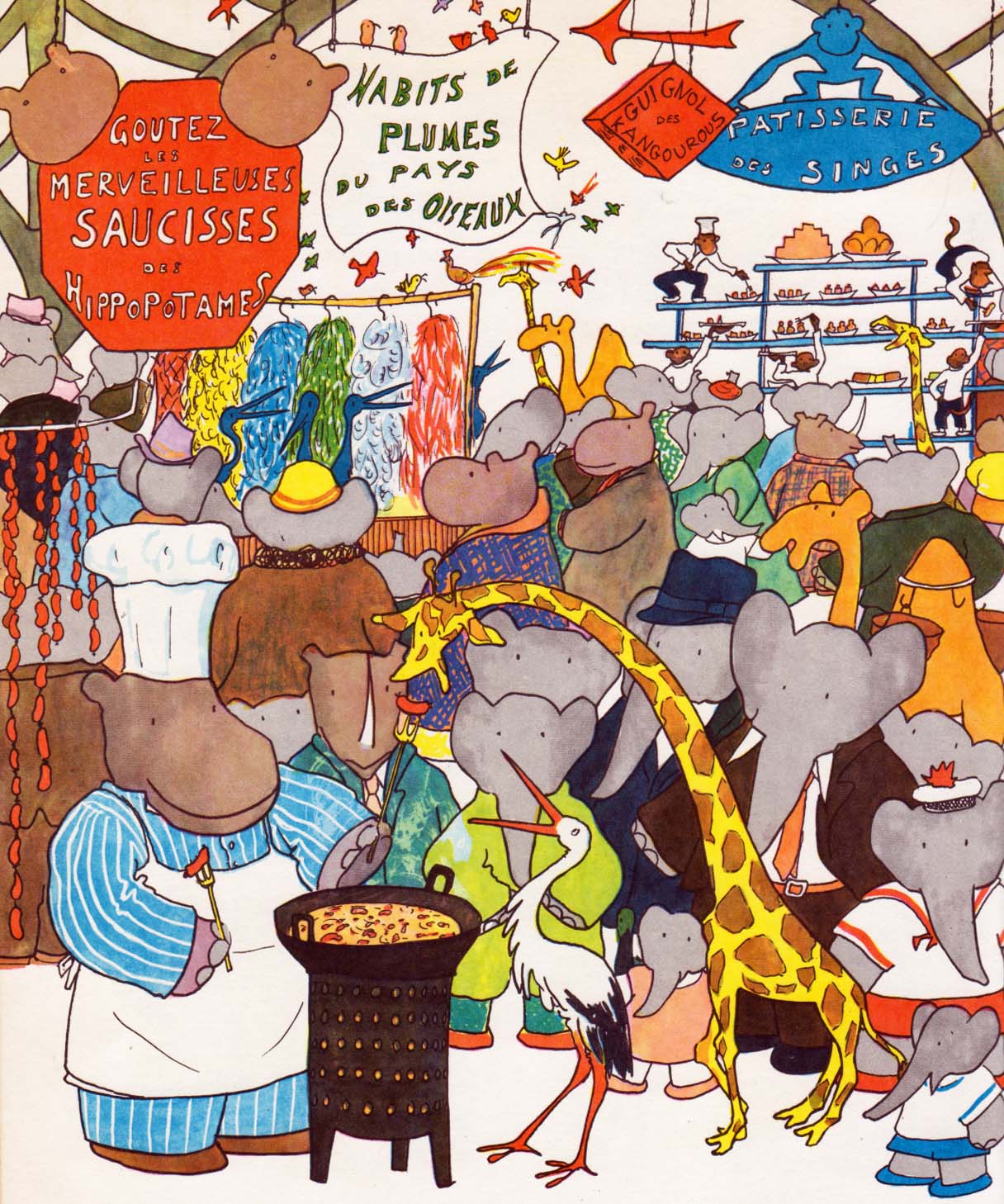 It’s a magical time in Celesteville and Pom, Flora, Alexander and Arthur befriend a green duck and make the absolute best of it. 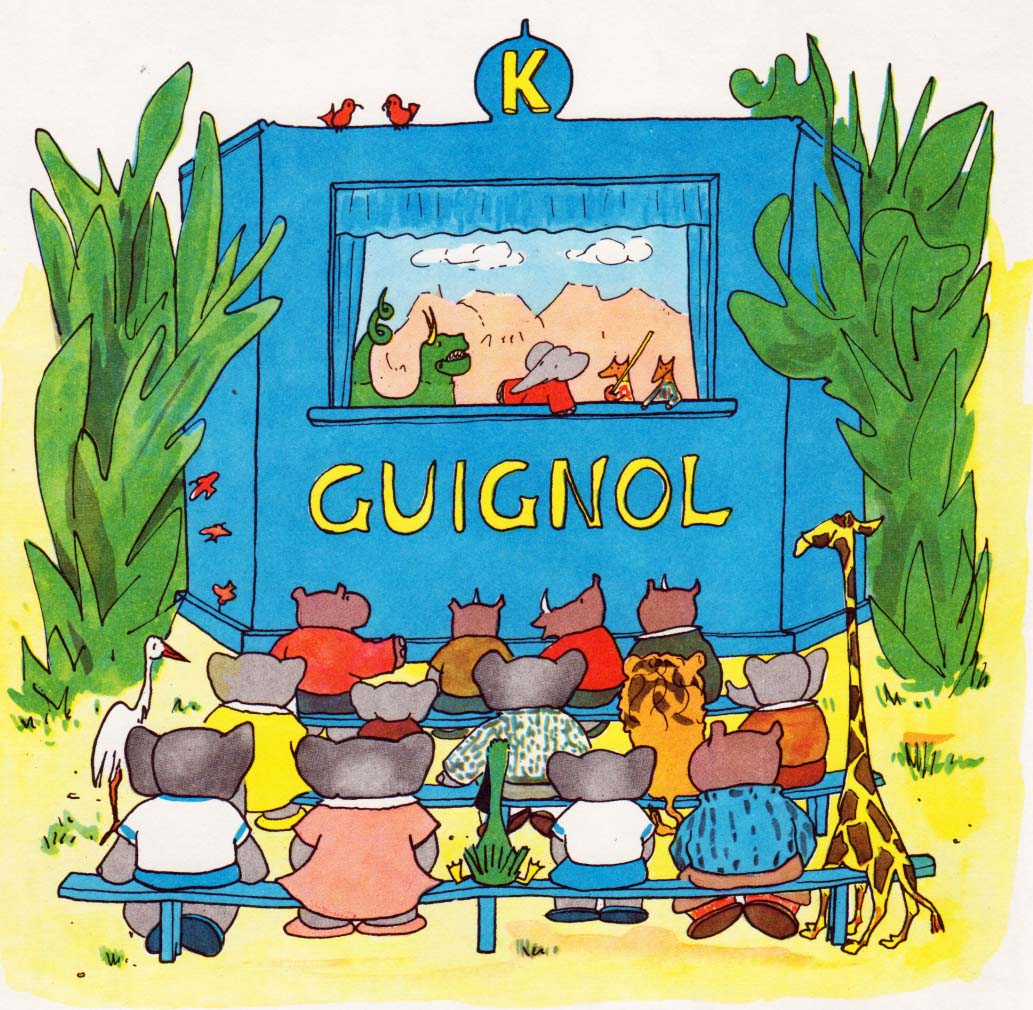 My son and I read this in bed last night and it warms my heart that at almost eight years old, my boy still loves a story like this and whines when it’s over. I do like the fact that Laurent has kept his father’s voice alive, but in my opinion, nothing can compete with Laurent’s own The One Pig With Horns. Genius. 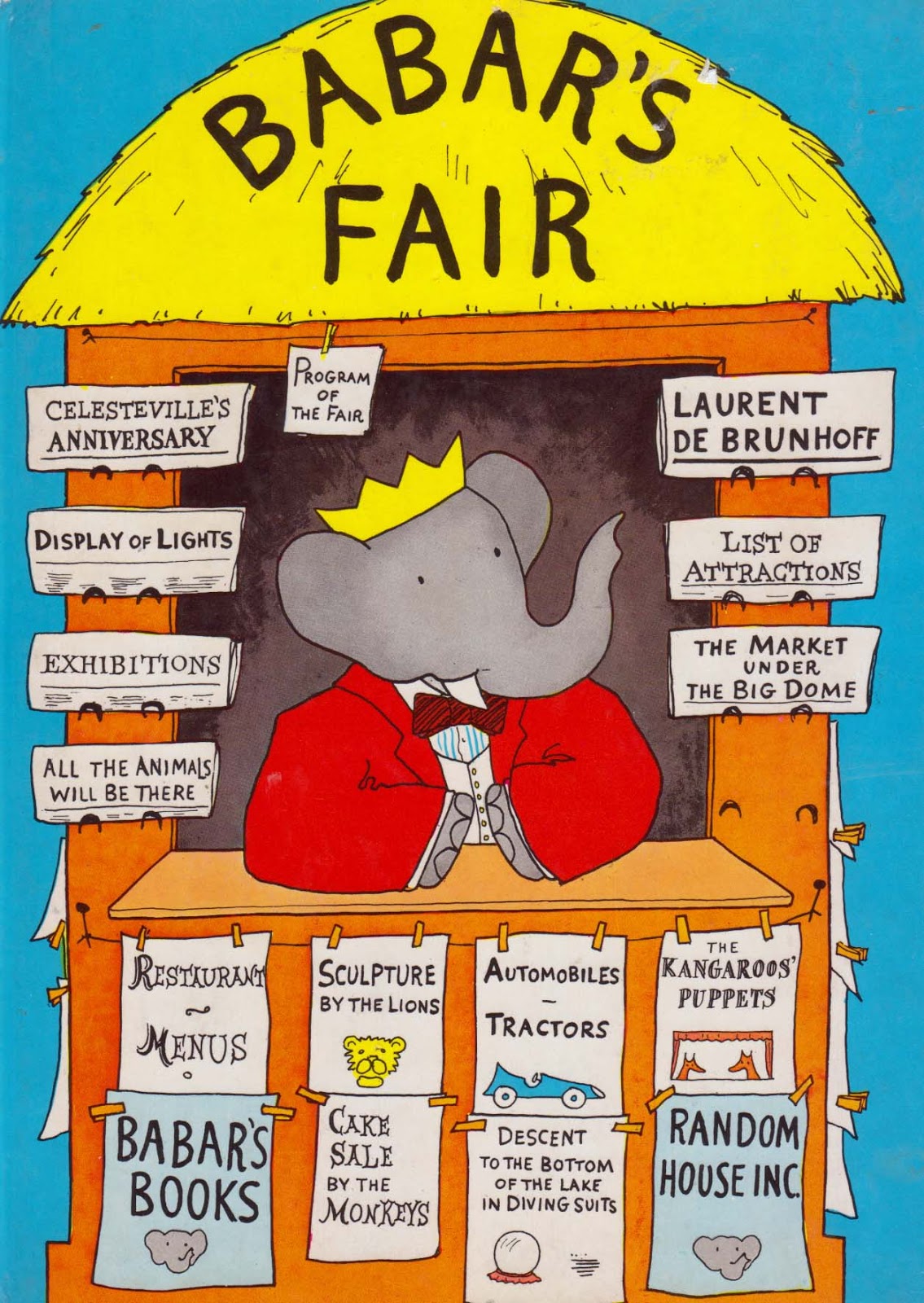 Also by Laurent:
Babar Visits Another Planet
The One Pig With Horns

By Jean:
Travels of Babar
Babar and Zephir
Babar and Father Christmas