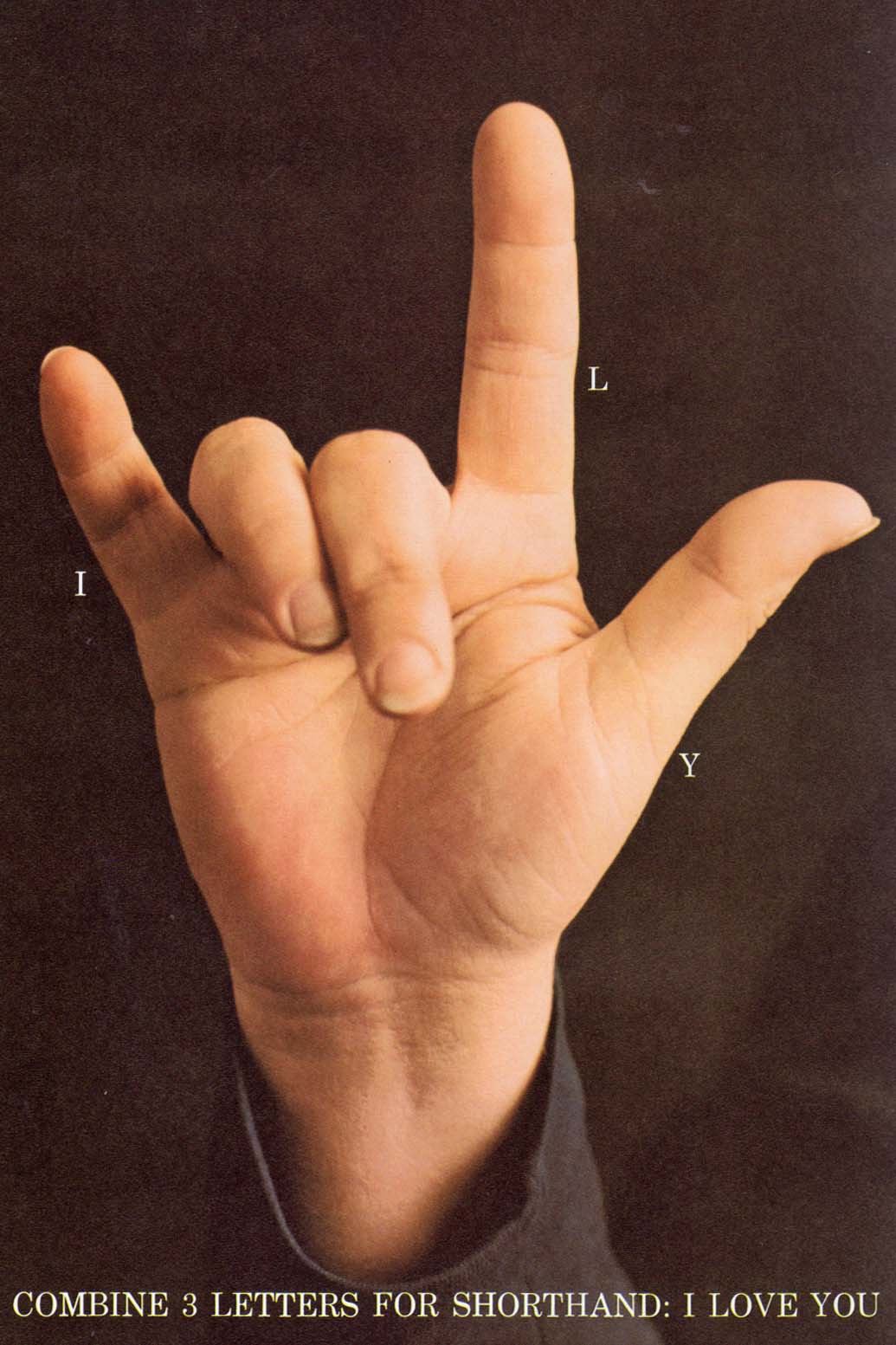 Remy Charlip, dancer/artist/children’s book author, passed away last August, so I’ve slowly been sifting through our collection to get reacquainted with the titles of his we have on hand. I’d almost forgotten about this charming book of sign language. 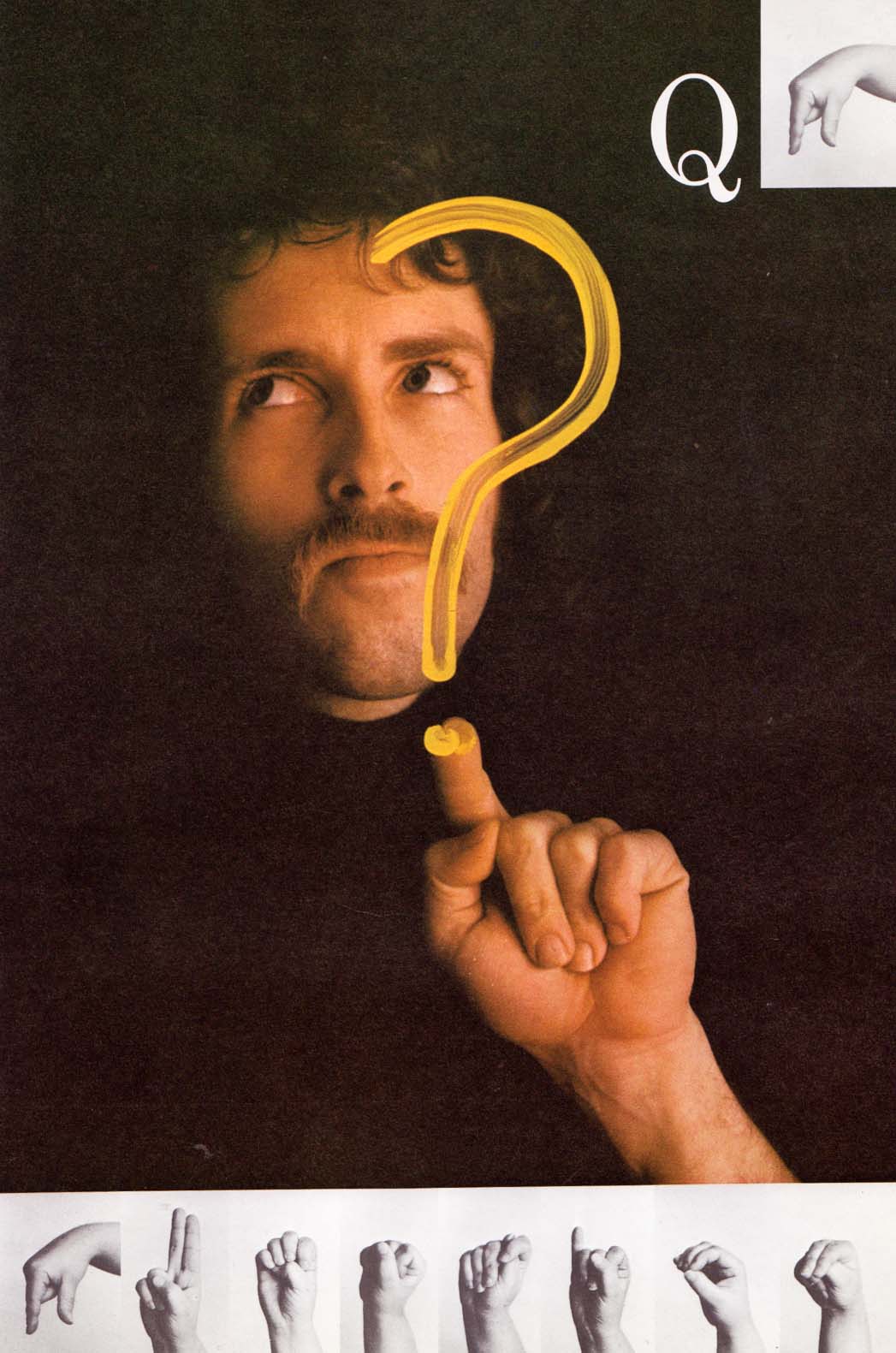 You don’t have to use your voice to talk. You can talk with your eyes, your face, your hands, your body…This is the first book of its kind for young people on two ways that deaf people talk: FINGER SPELLING, forming words letter by letter with the fingers of one hand, and SIGNING, making a picture or sign with one or two hands for each word or idea. 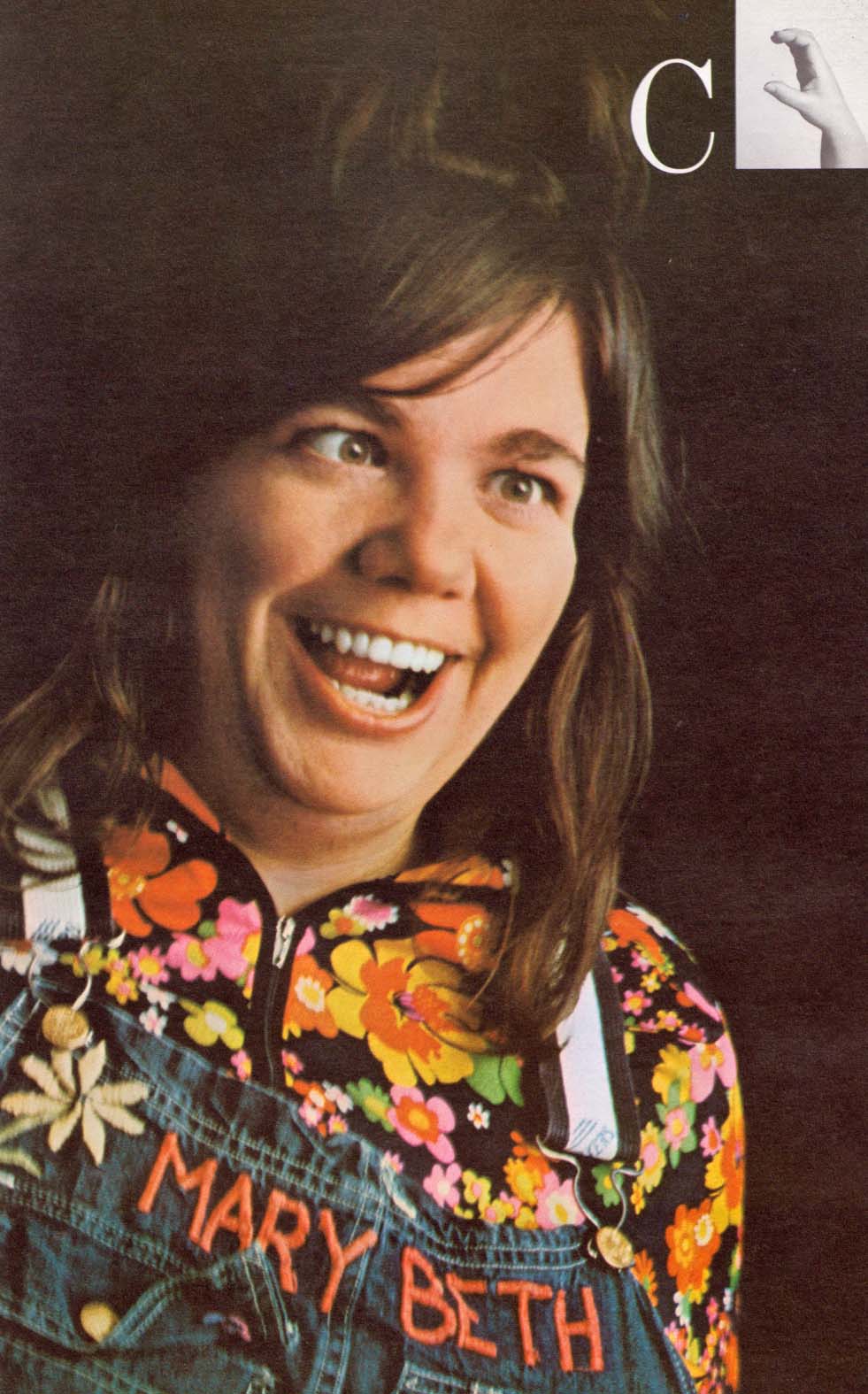 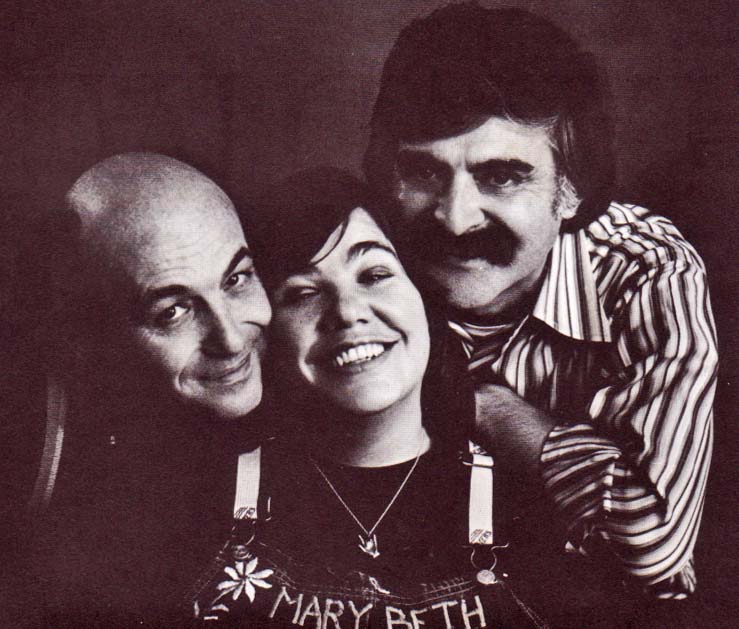 It’s a super cool book with fabulously-retro pictures or people and hands signing. The wonderful, crazy-faced woman above is Mary Beth Miller, an actress, writer, and teacher and an original member of the National Theatre of the Deaf. (I especially like the rad name-stitching on her overalls. Classically awesome.)

Ms. Miller worked with Remy and George Ancona (the photographer on this and dozens of other kids’ books) to pose for a good deal of the pictures and help choose the signs. Her sense of humor and cheerful spirit simply shine through the pictures. Such a cool collaboration and a clever mix of design meeting form meeting theater meeting function.

Remy often directed pieces for the National Theatre of the Deaf, and later designed another book of signs called Handtalk Birthday: A Number and Story Book in Sign Language from Four Winds Press in 1987. Mr. Ancona and Ms. Miller went on to make other books together in the series like Handtalk Zoo and Handtalk School. 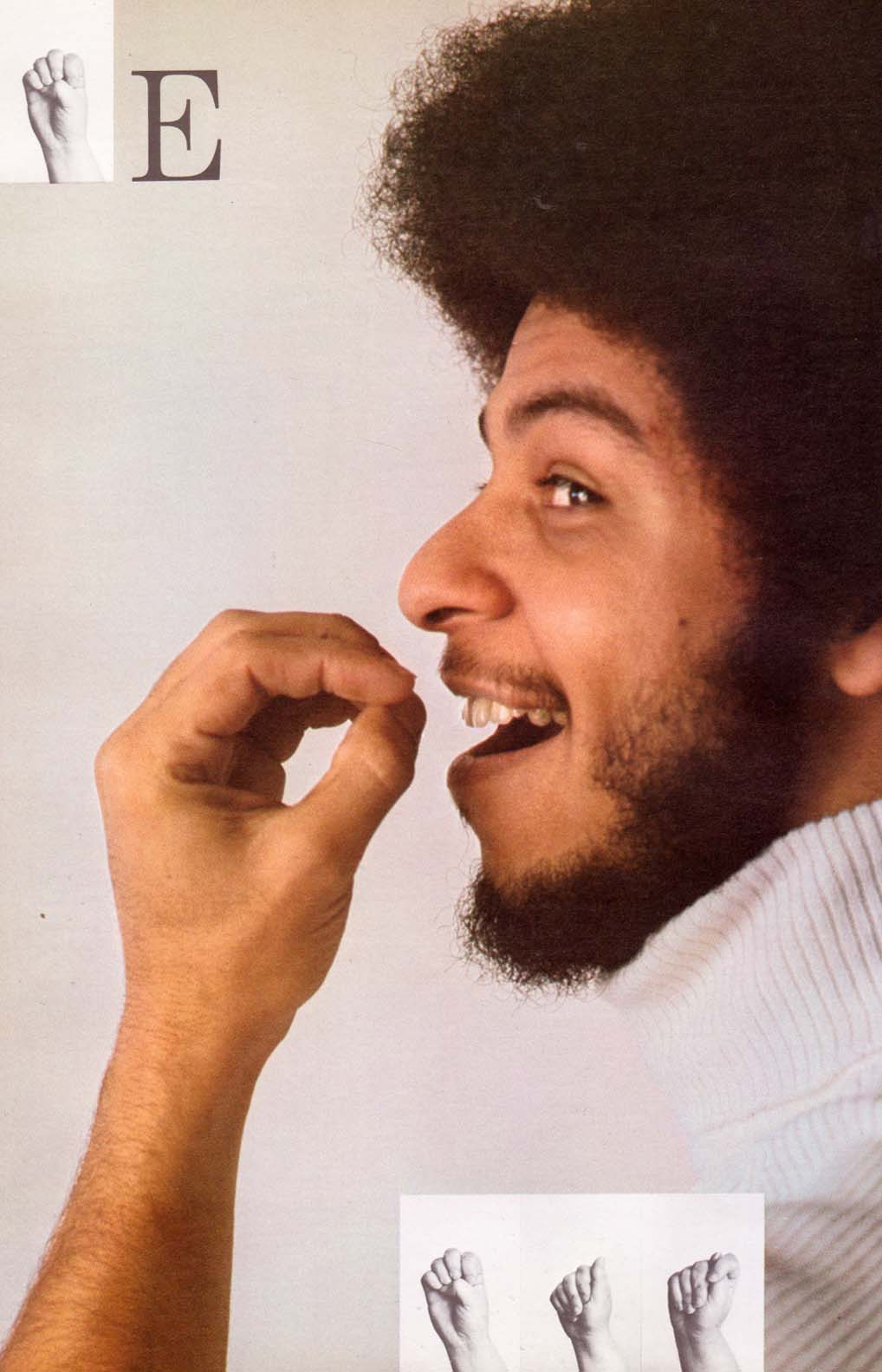 On a side note, I was on Brian Selnick’s site the other day and saw this amazing little memorial, where he writes about using Remy as a model for the Georges Méliès character in The Invention of Hugo Cabret and how he honored Remy when he Hugo received the Caldecott. Have a look if you are up for a good cry. 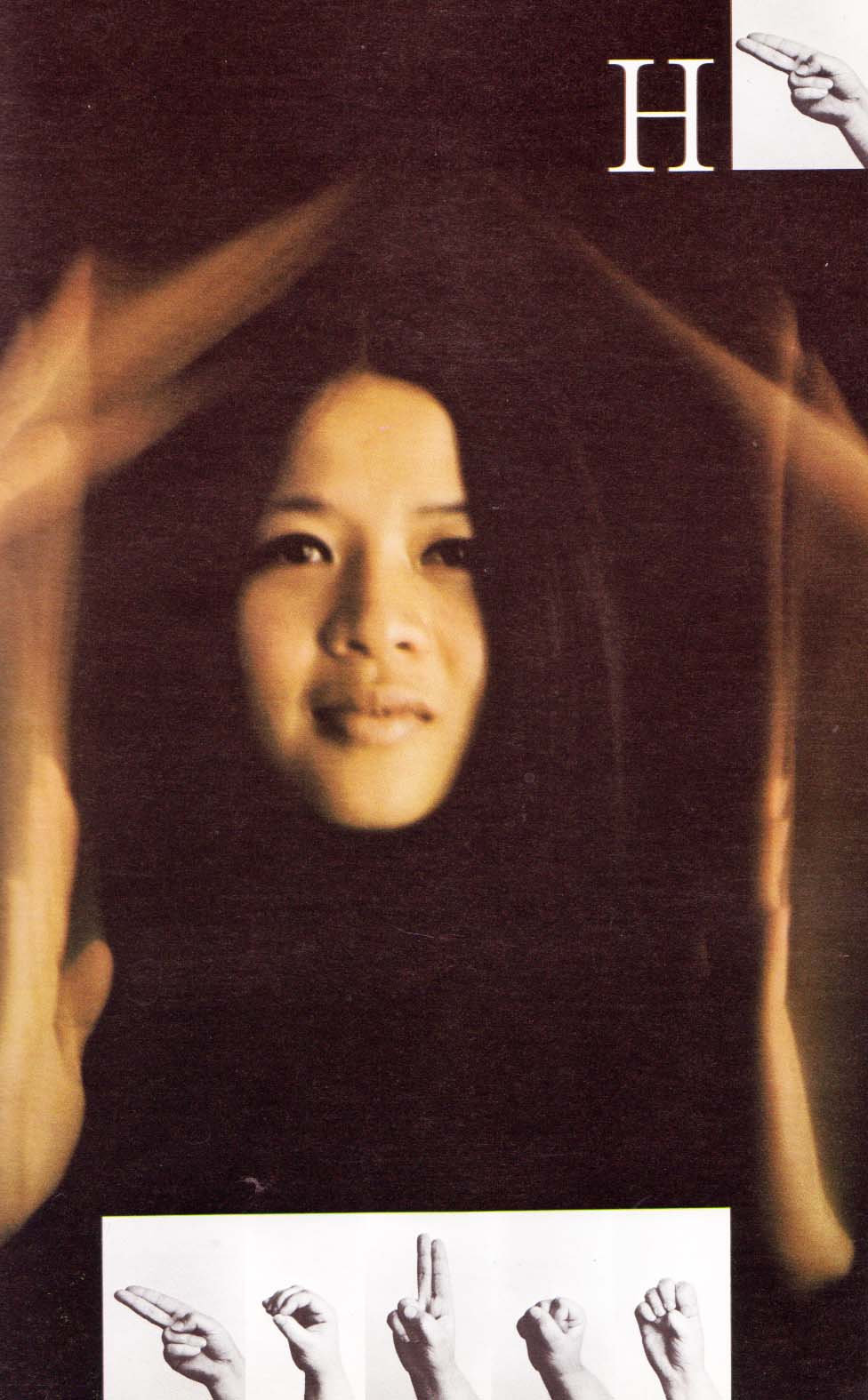 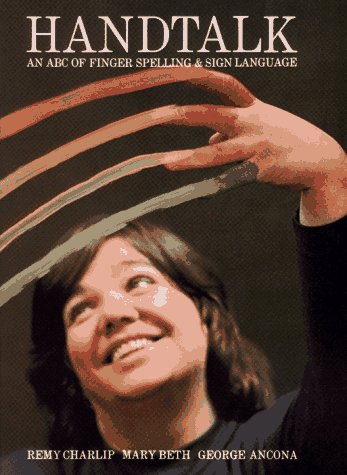