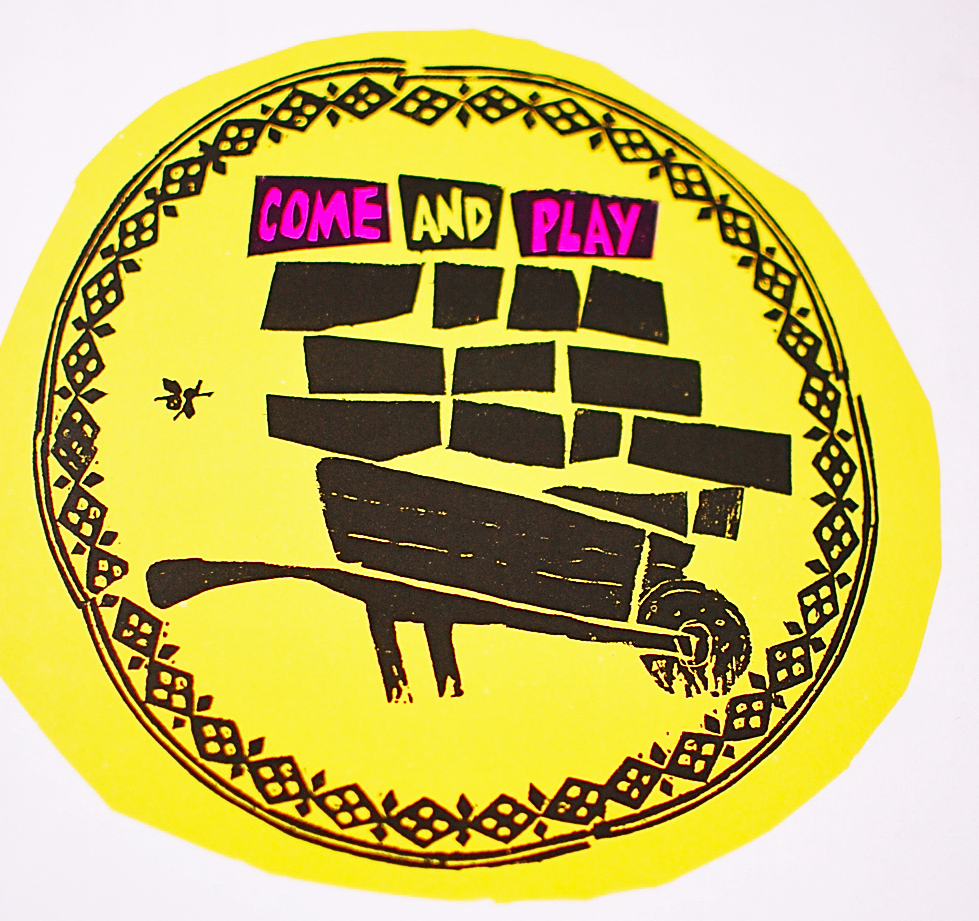 My good buddy Thingummery is going to be taking over the blog this week, highlighting a few choice picks she had sitting around the house. She’s awesome BTW, if you haven’t figured that out already. Her blog is all about a life spent collecting and estate saling and thrifting, and her Etsy shop has all kinds of cool books for young and old like (young) The Adventures of K’ton Ton and (old) The Altogether in the Altogether Unbelievable Streaker’s Handbook. So, welcome her…. 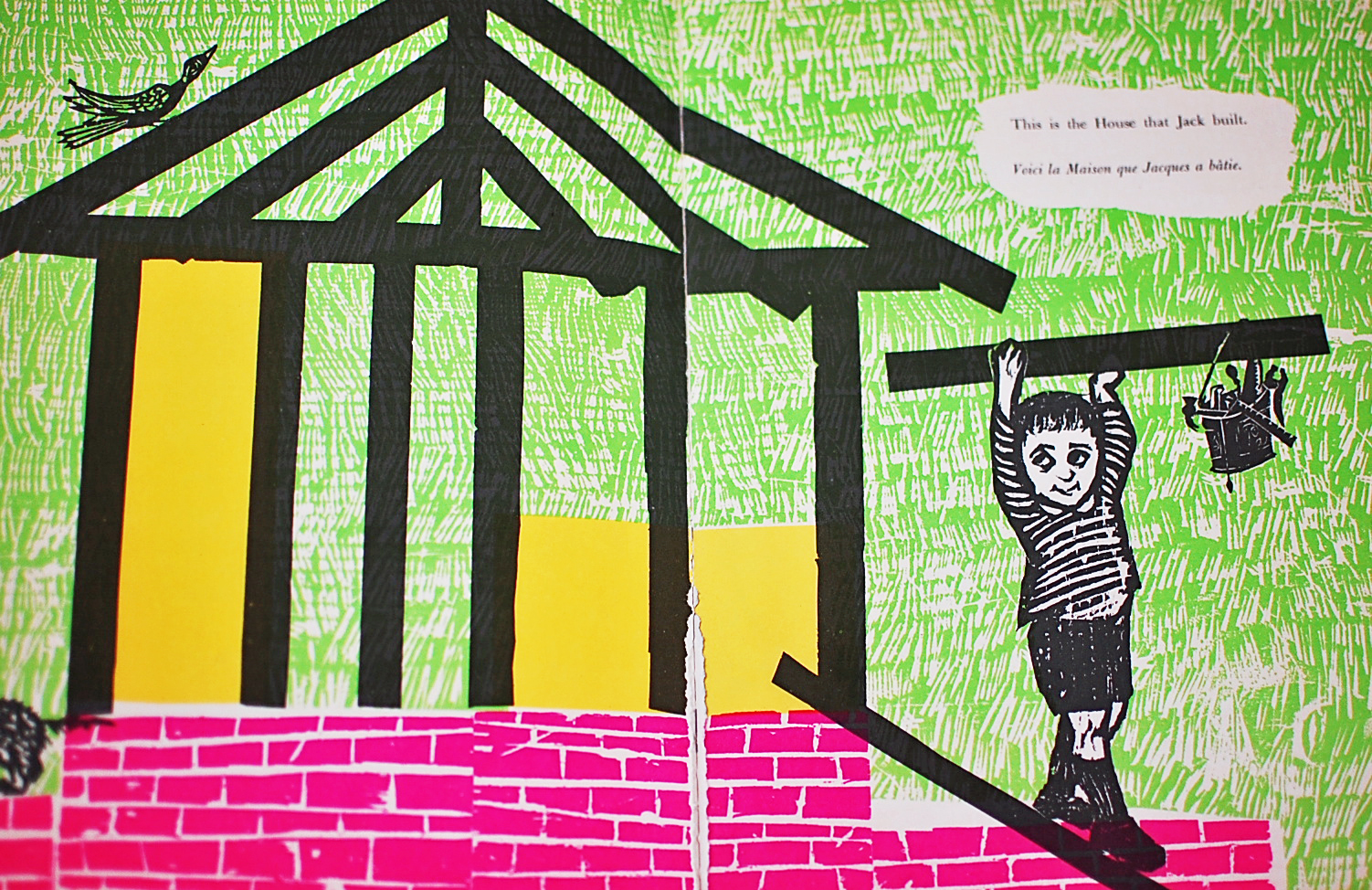 Antonio Frasconi ~ Harcourt, Brace and Company, 1958
Everyone is familiar with the circular, repetitive nursery rhyme «The House that Jack Built,» but perhaps not with this dual-language version illustrated by the woodcut artist Antonio Frasconi, who died last month at the age of 93. You can read all about his remarkable life in the New York Times obituary here. But to sum up quickly: Frasconi was born in Argentina to Italian parents in 1919, but he grew up in Uruguay, where he went into the printer’s trade at the age of 12 after dropping out of art school. Before long, he was creating political cartoons and making posters mocking Hitler and Franco. 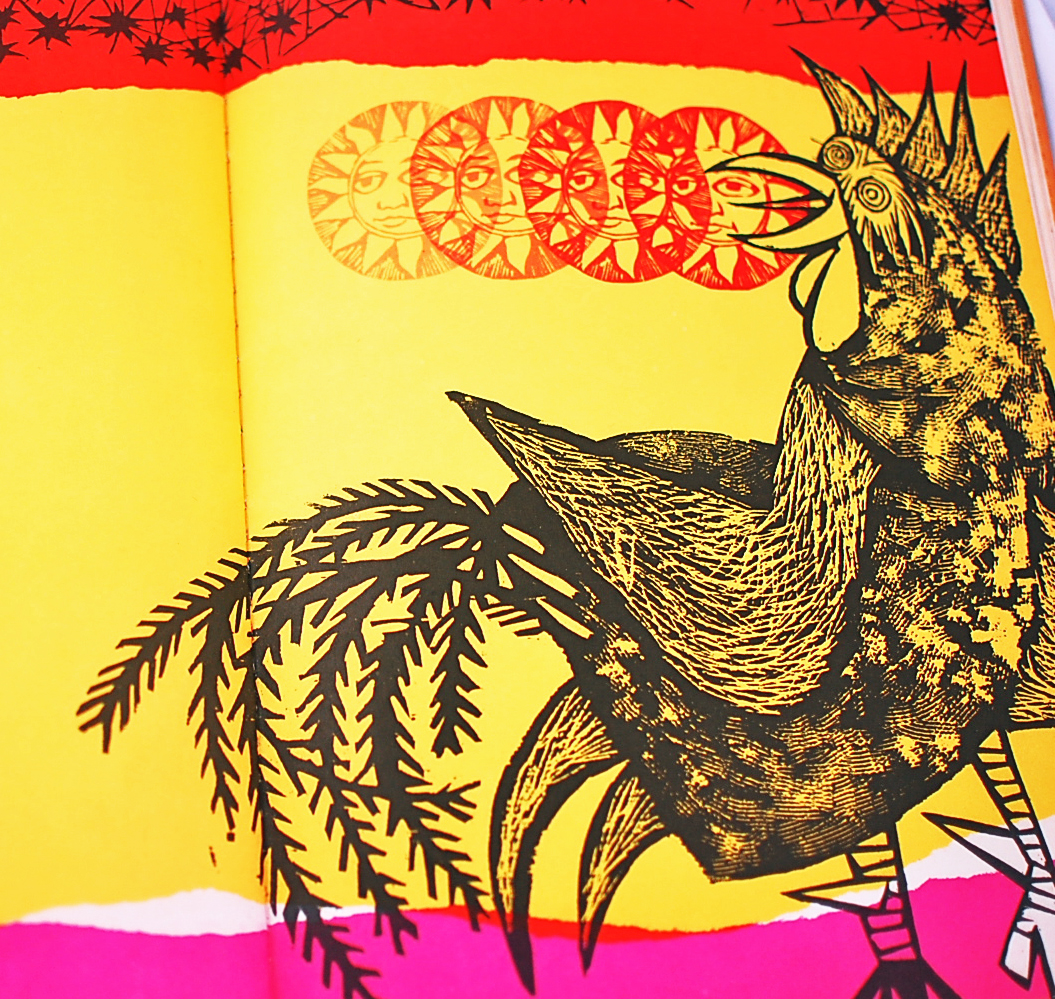 Frasconi moved to the States in 1945 on a scholarship from the Art Students League, and had an exhibition up at the Brooklyn Museum within the year. He went on to illustrate more than a hundred books—including this one, which was shortlisted for the Caldecott in 1958—as well as album covers, greeting cards, etc. 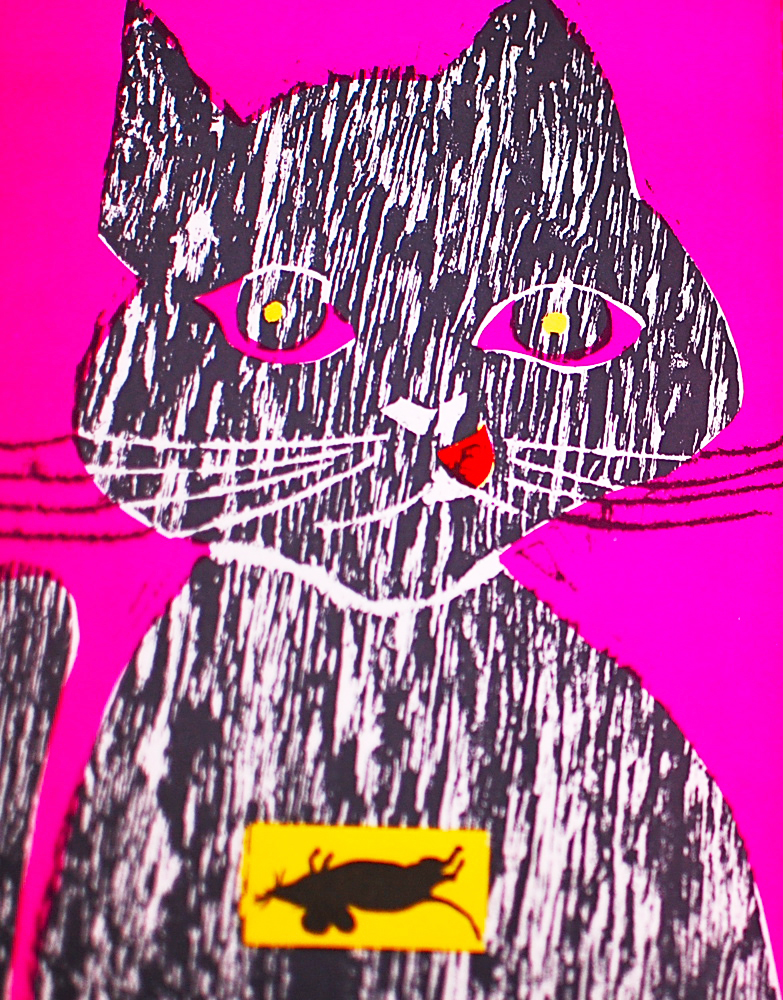 But his most celebrated work, which can be found in museums from the Met to the Smithsonian, was political. Subjects included the war in Vietnam, the shootings at Kent State. His best-known piece, The Disappeared, was ten years in the making—a series of wood-cut portraits of people who were tortured and killed under the dictatorship in Uruguay during the 1970s and ’80s. 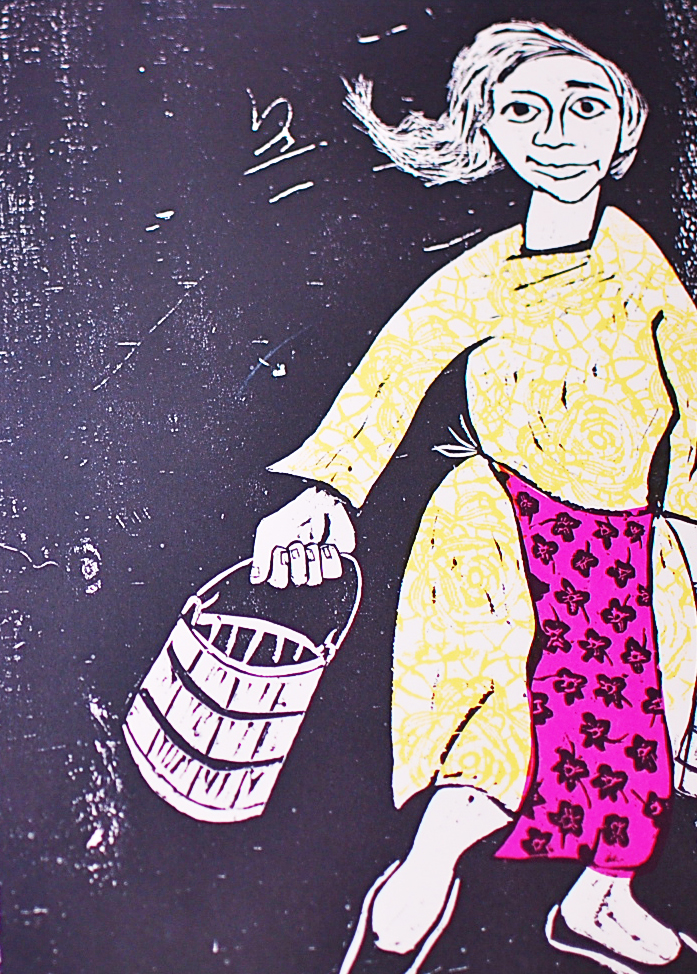 The House that Jack Built doesn’t tackle any of those weighty themes, but it’s as bright and graphic and wonderful an example of midcentury illustration and the painstaking art of the woodcut as one could hope to find. Believe me, I’m constantly on the lookout for more, but not very optimistic that I will be successful. 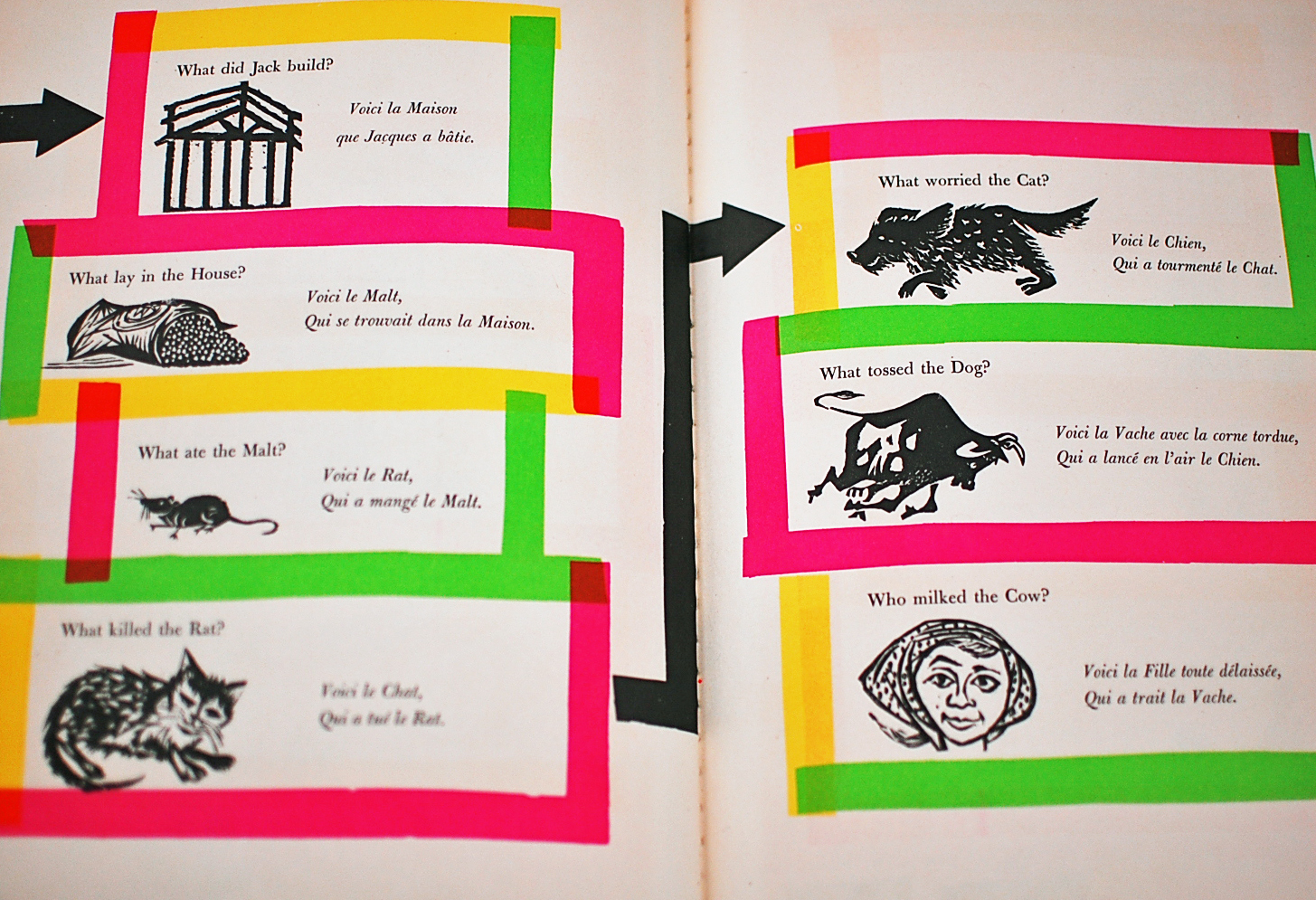 Google the Frasconi Kaleidoscope in Woodcuts, an exceedingly rare accordion book published in 1968. It is to die for, the vintage-kid-book score of a lifetime, for sure. 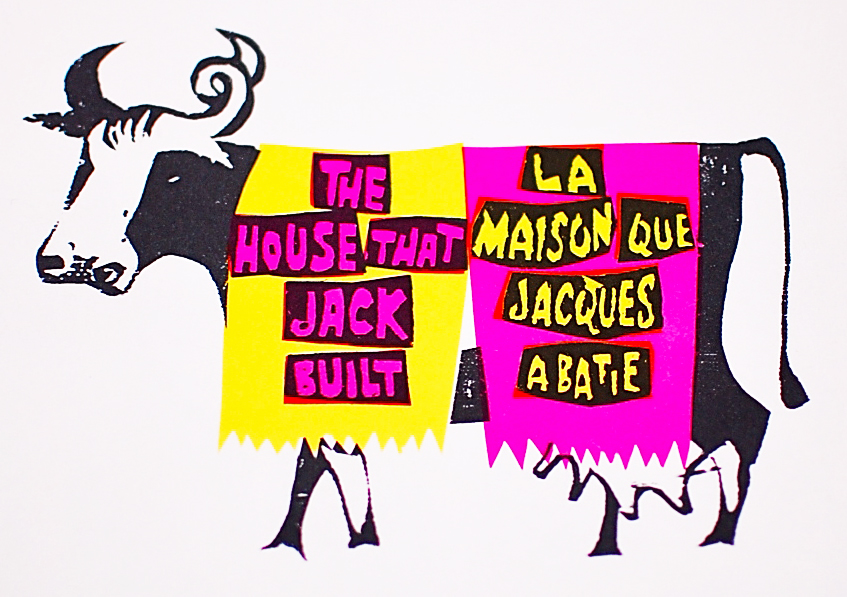 Also by:
Overhead the Sun