Thingummery is back again. Read her blog. Shop her Etsy shop. Yeehaw! 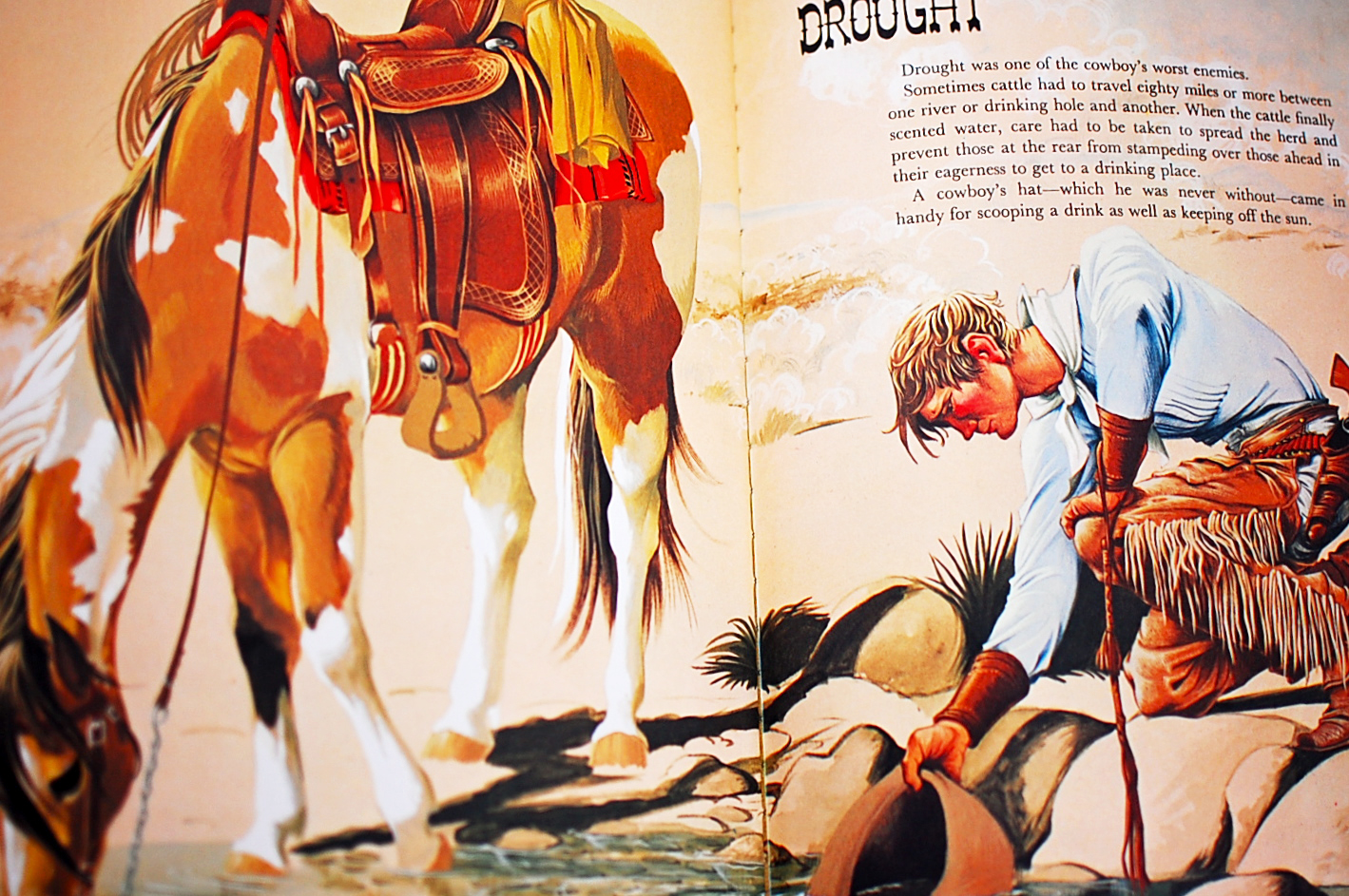 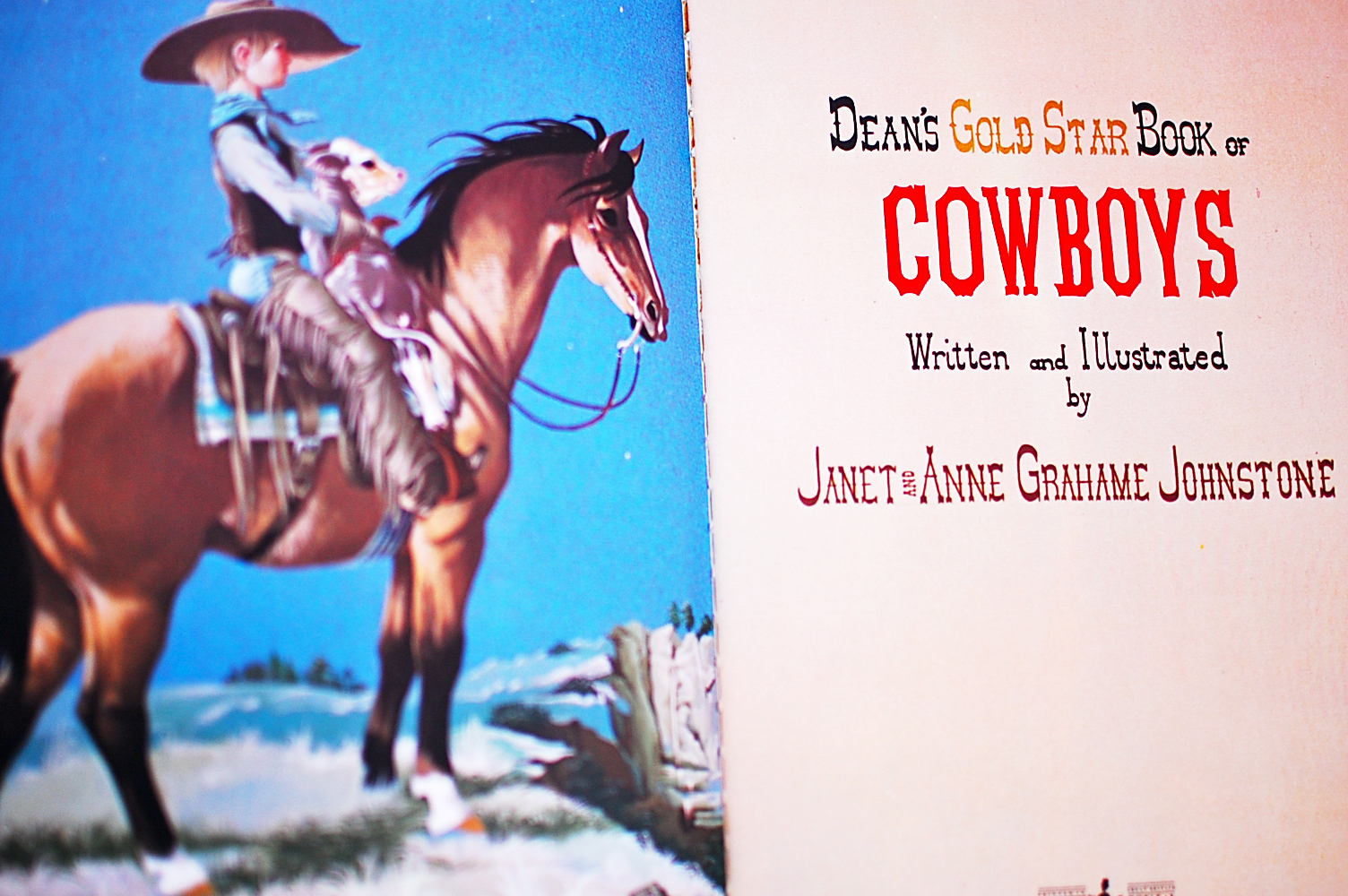 I snapped this up at a library sale at our local Jewish Center several years ago, and I haven’t laid eyes on another copy since. It appears to be pretty rare, though maybe not so rare in the UK, where it was published. Whenever I think of Brits and cowboys, I think of some dear friends who hail from County Durham. Back in the ’70s, they ran a country-western bar in as bucolic and picture-perfect a Northern English village as you could possibly imagine—which always seemed a crazy combination: cowboys and English folk? But not really when you think about it, I guess—the appeal of the cowboy is universal. Cowboys (and cowgirls, of course) are one of the reasons I live in Texas! One of the reasons I named my daughter Dale! One of the reasons I’m looking forward to watching the XTreme Bulls finals from a suite at the Stock Show & Rodeo next week. 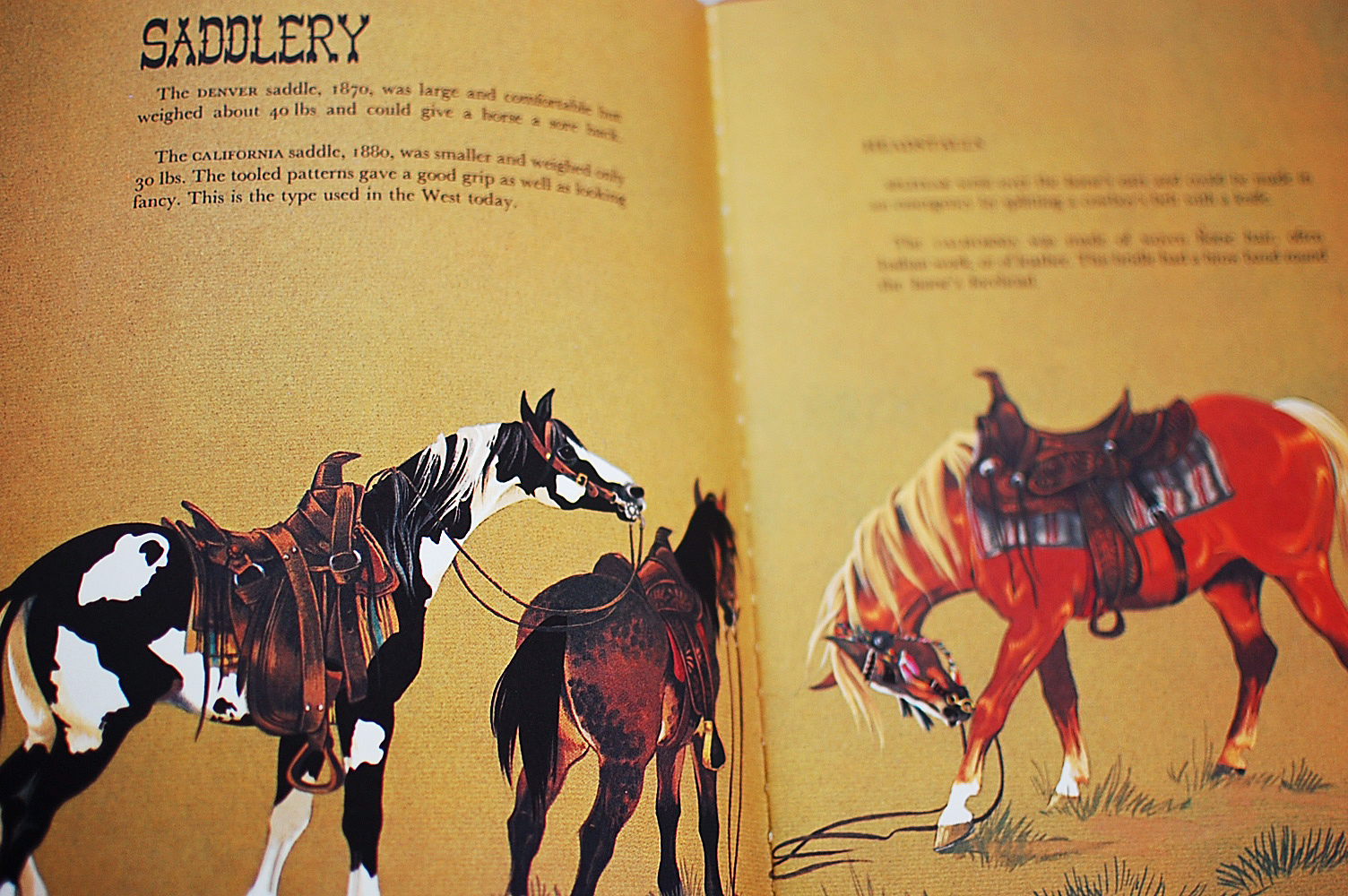 So this book reaffirmed my love for cowboys but more important introduced me to the Johnstones, twin sisters who became renowned children’s book illustrators, best known for illustrating Dodie Smith’s 101Dalmatians (scroll to the end of the post for a shot of my Book Club Edition published by Viking in 1957—the pink dust jacket alone is fabulous!).
Courtesy of Wikipedia, here’s the nutshell biography: Born in 1928 to a mother who was a successful costume designer and portrait painter, the twins studied art at home and in school. Anne focused on period costumes; Janet on animals. They never married and lived with their mother all of their lives, collaborating on more than a hundred books, including some stunning classic fairy tale collections—and a Greek myth collection I will forever be pursuing—for the London publishing house Dean & Son. In 1979, just three years after this cowboy book was published by Dean, Janet died in a kitchen fire. Anne was devastated but managed to continue working, for the first time illustrating books on her own, until her own death in 1998. 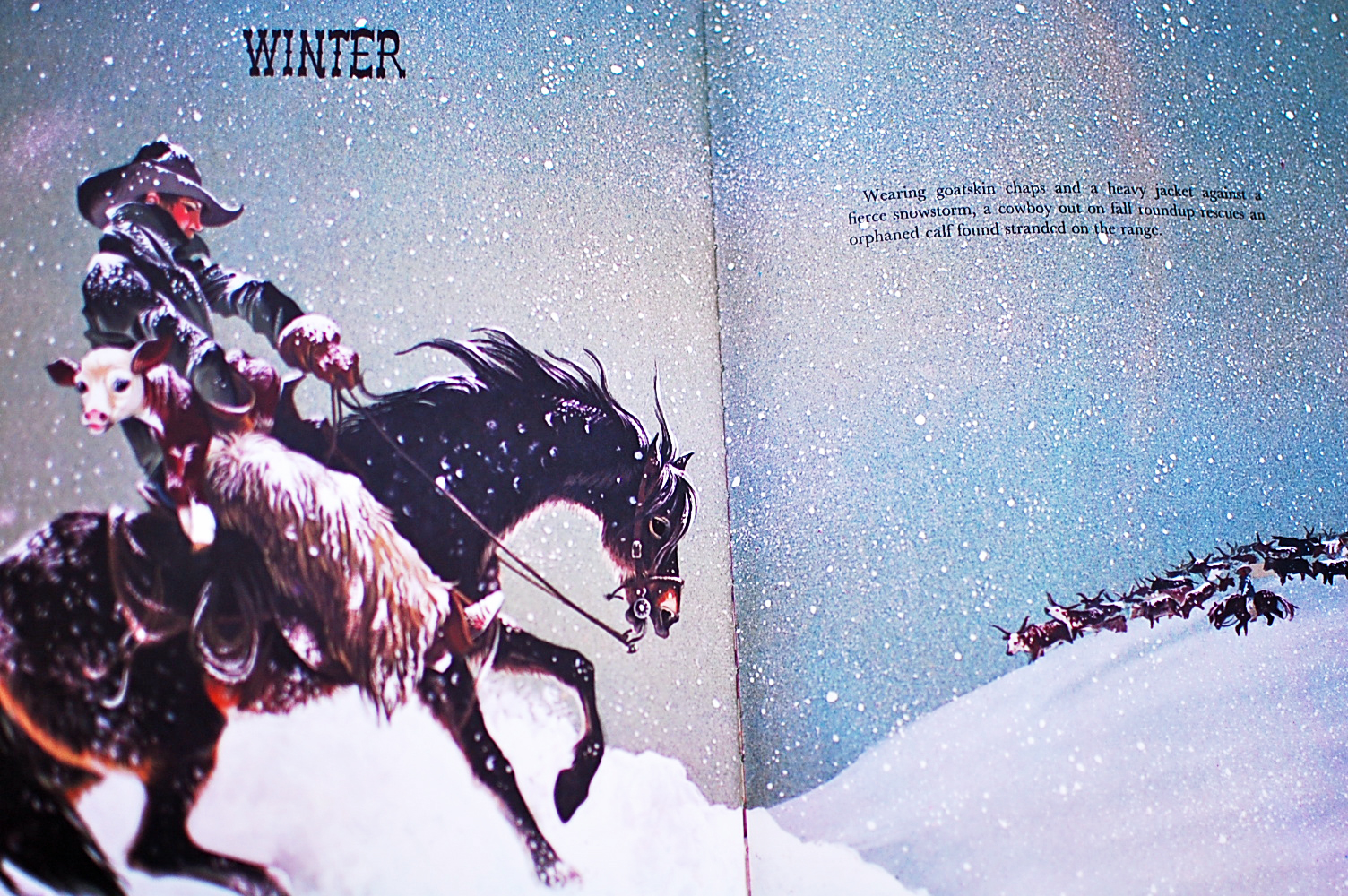 What a legacy they’ve left us vintage children’s book lovers (seriously, if you’re not familiar with their work, Google around because it is so purdy). The text in Cowboys isn’t anything special; the publisher didn’t even bother crediting it. This book is all about the art—even if you’re not a Western art buff, you’ve got to appreciate these illustrations. 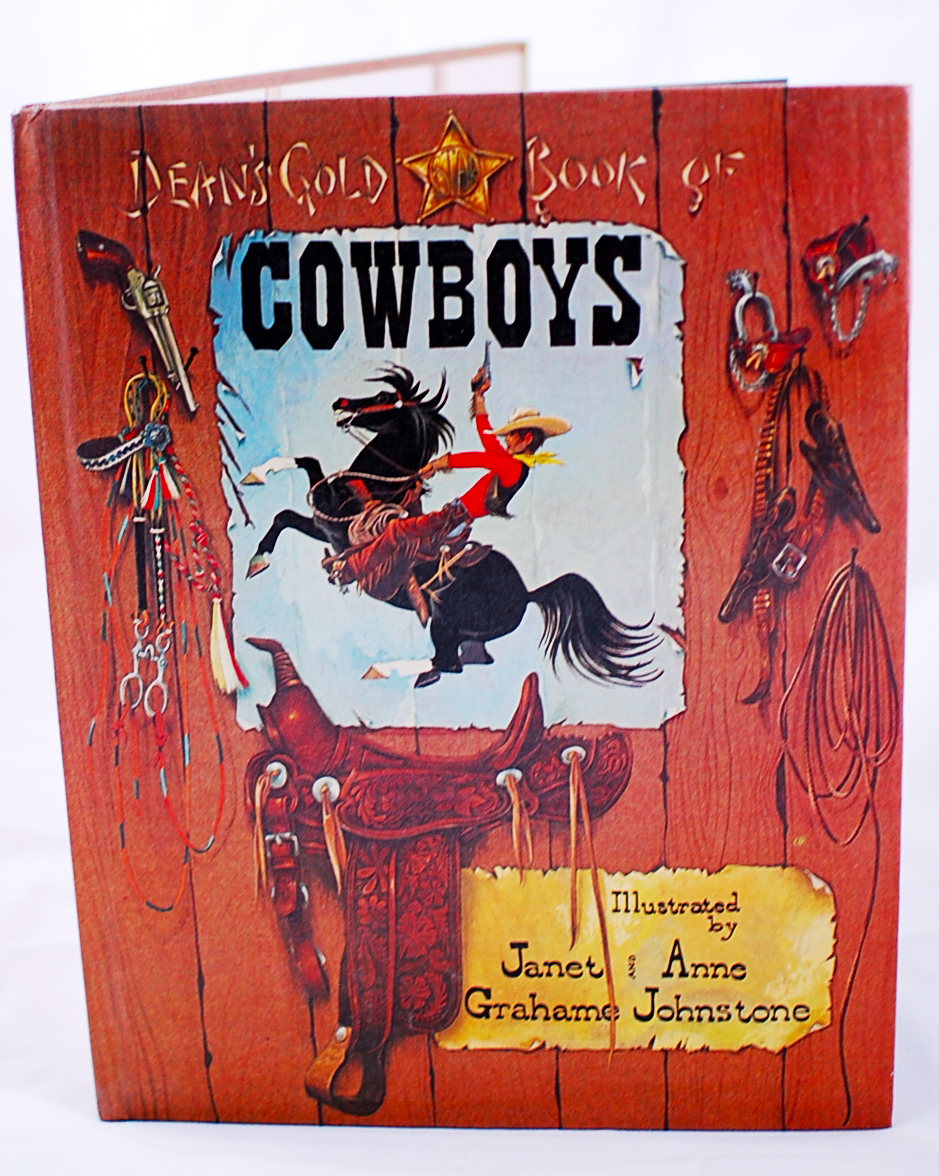 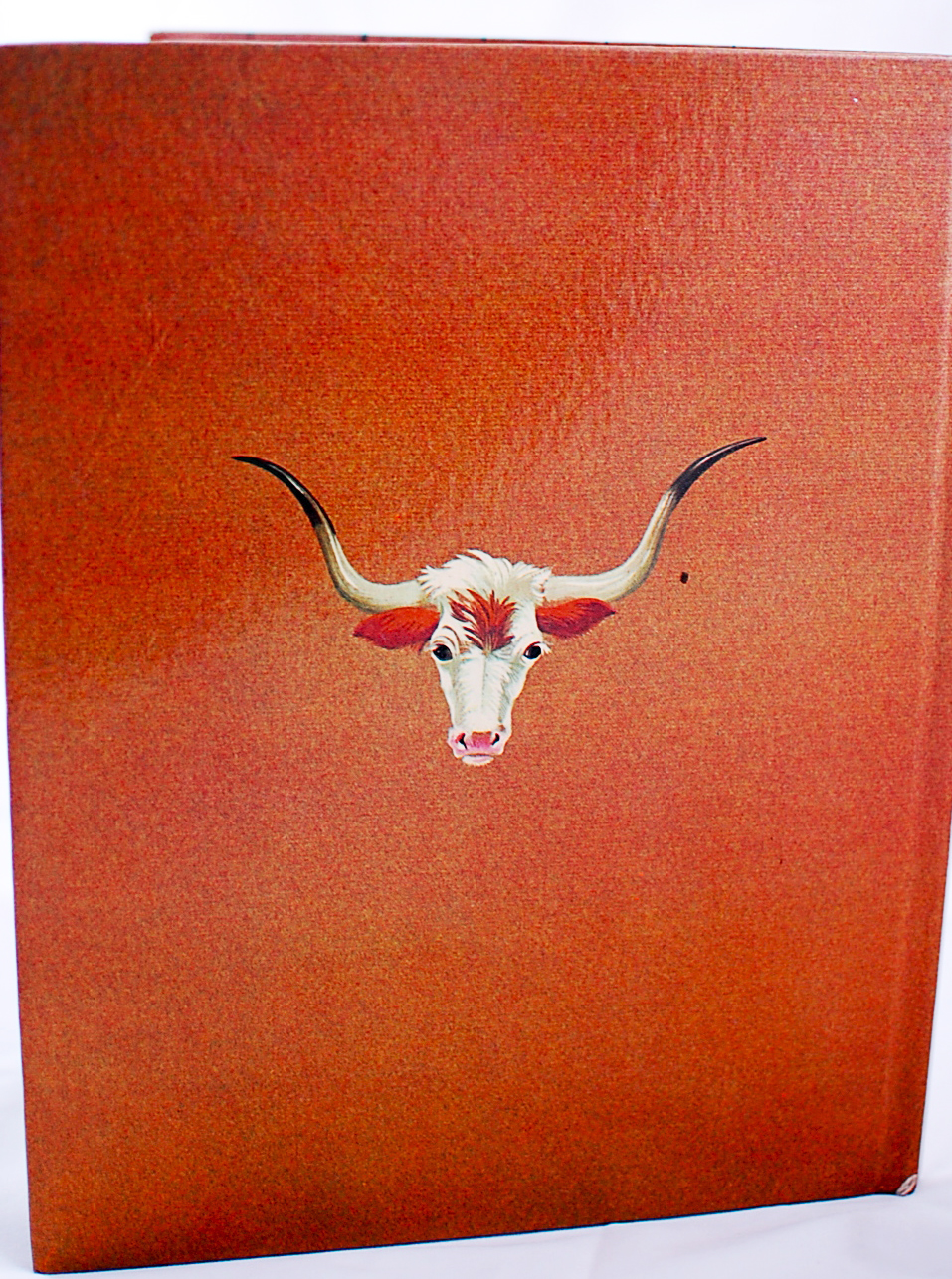 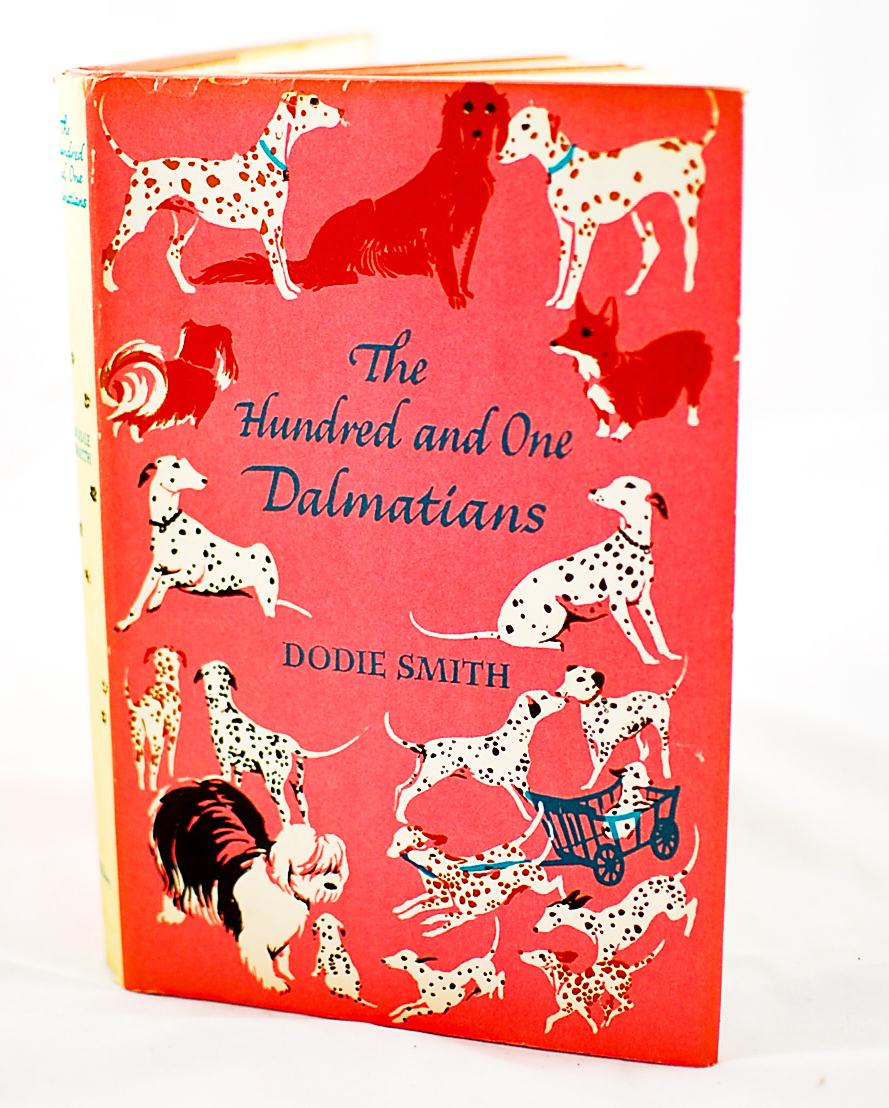 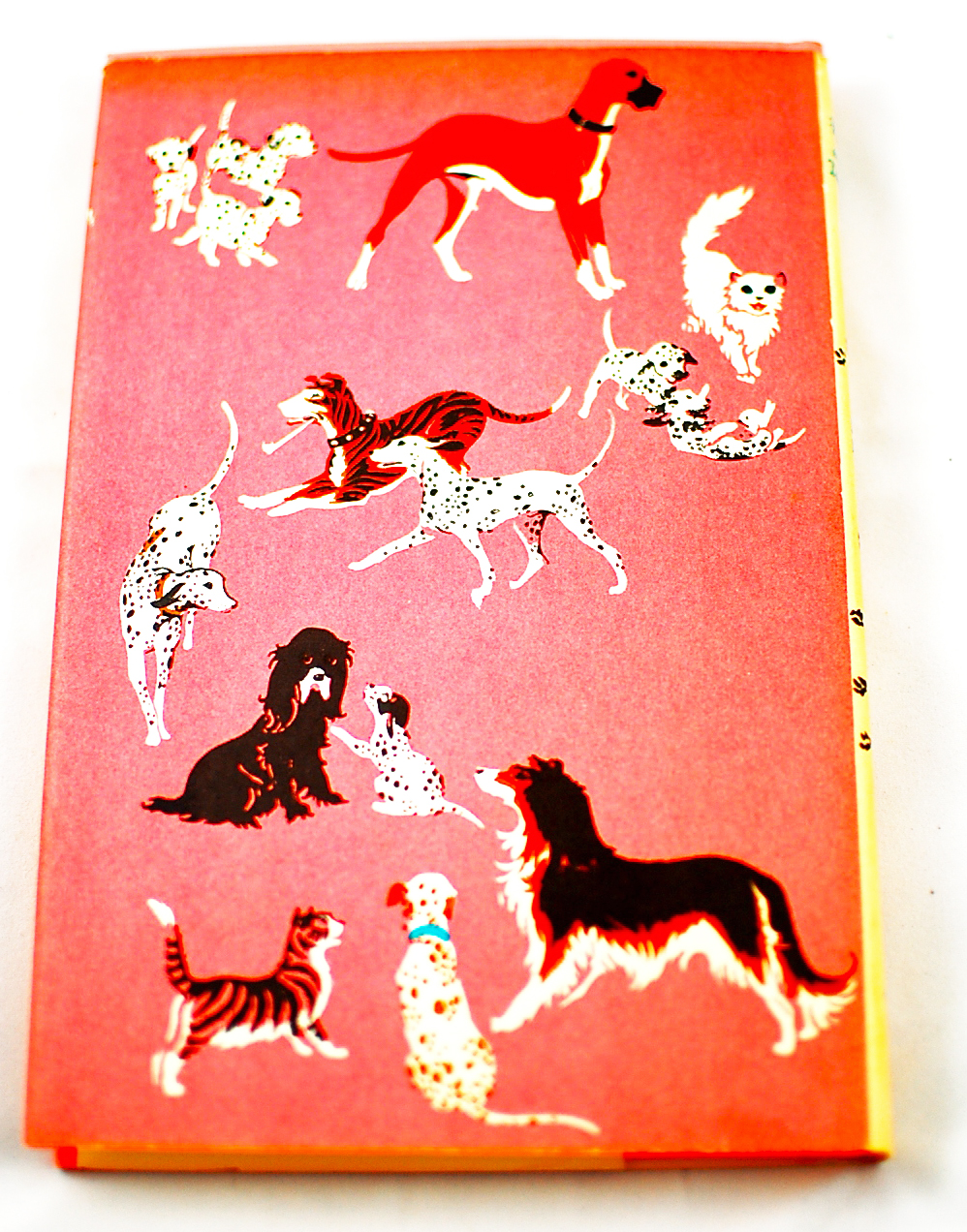