Great-Grandfather in the Honey Tree 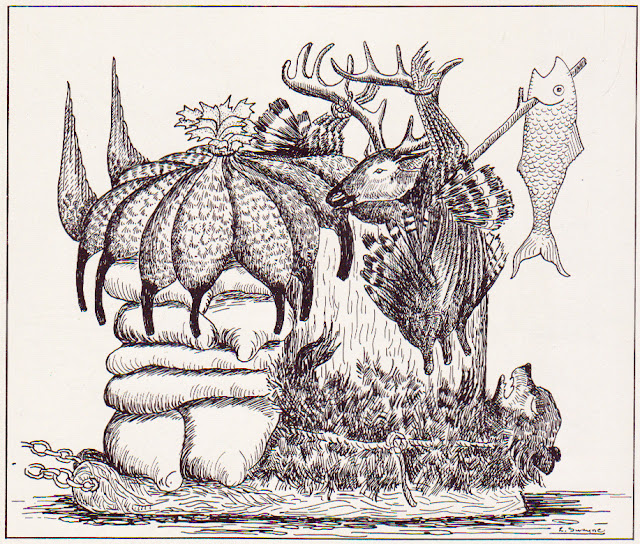 Great-Grandfather in the Honey Tree
Sam and Zoa Swayne ~ Viking, 1949

I know nothing about this book except that I bought it at a book sale and read it to my son shortly thereafter, and he’s asked to read it again every night since. Which is pretty impressive considering the book was written in 1949 and includes language like «Thee lay off thine incessant chopping tomorrow and go hunting» and «I know thee needs a new hominy barrel». 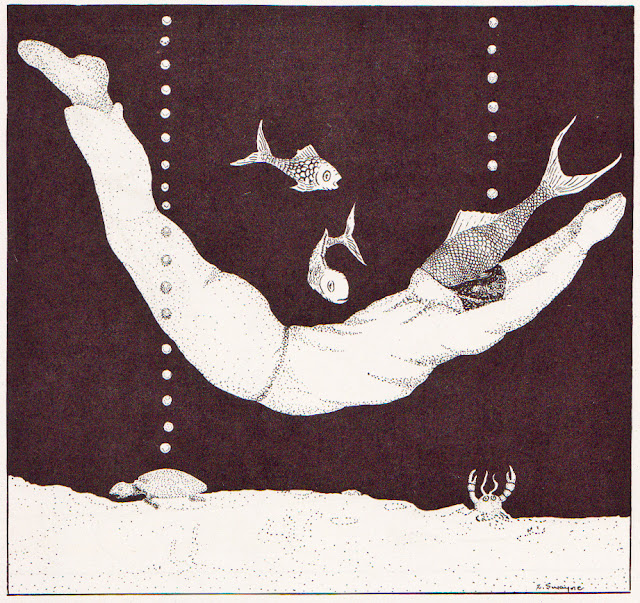 I originally picked up the book because the cover was so bright and bold, but probably never would have read to my son had it not just happened to have been the closest book available that night. His passion for it now is great, and when you search the title online, with the price it fetches, I imagine it has other fans as well. 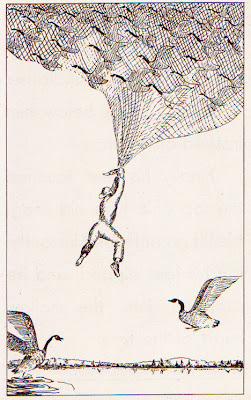 The dust jacket says the author’s grandfather used to tell him a load of tale tales, this one included. At some point, family members convinced him to get this story, in particularly, on paper with his wife doing the illustrations and the rest is history. The jacket also calls it «a story that’s as American as apple pie» and says that «families will chuckle over it round the evening fire». Seriously? Got bless an era where the marketing copy includes the fact that it can be enjoying «while round the evening fire.»

That said, the theme is not for the faint of heart or the vegan animal lover. The story follows a man and his wife, and an episode where one night she complains that they have not eaten meat in three days. So bright and early the next day, the man sets out with a horse, a stoneboat (which is basically a plank of wood that gets pulled behind the horse), a net and a gun with only one bullet. The odds of him catching much are slim… at least until he nets a flock of geese, falls into a honey tree, slaughters a bear just by shoving it, snares a fish with his shirt and a partridge with his button, fells a dear with a tree and a mess of wild turkeys with that aforementioned one bullet.

A veritable Rube Goldberg of slaughter, when he returns with his haul in tow, his wife squeals with delight then gets to work… 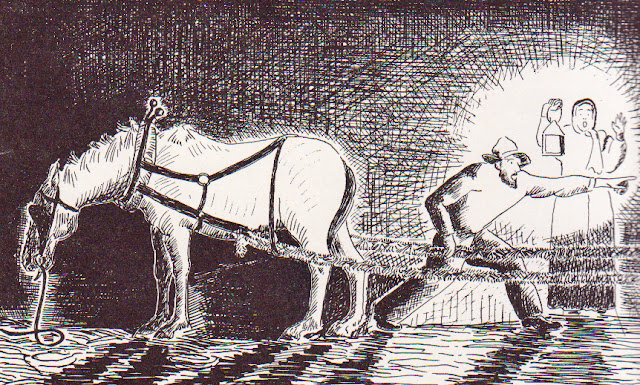 She cooled the partridge for their Sunday dinner. She dried the deer meat and smoked the bear’s hams. She salted down the fish and preserved all the turkeys and wild geese, half cooked, in bear grease. She made feather dusters from the turkeys’ tails. She made feather beds out of the goose feathers so that years afterward all her nine children slept on feather beds. 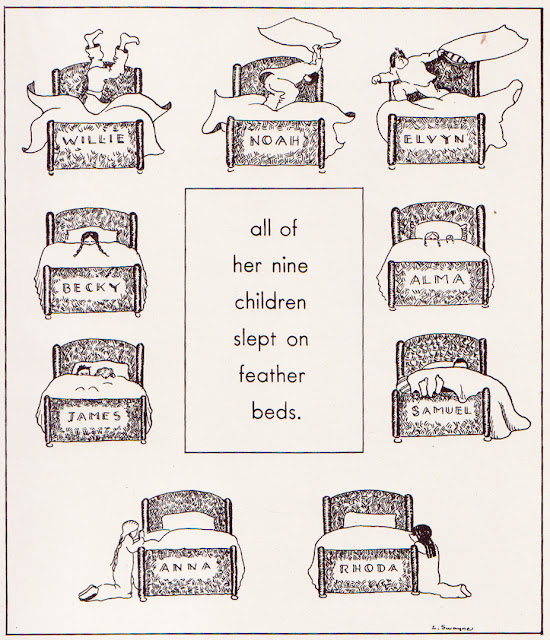 Whew. That’s even exhausting to read, but a delight to share despite the animal body count. Not sure what draws you in, but this book has something that translates even to a seven-year-old boy of today. 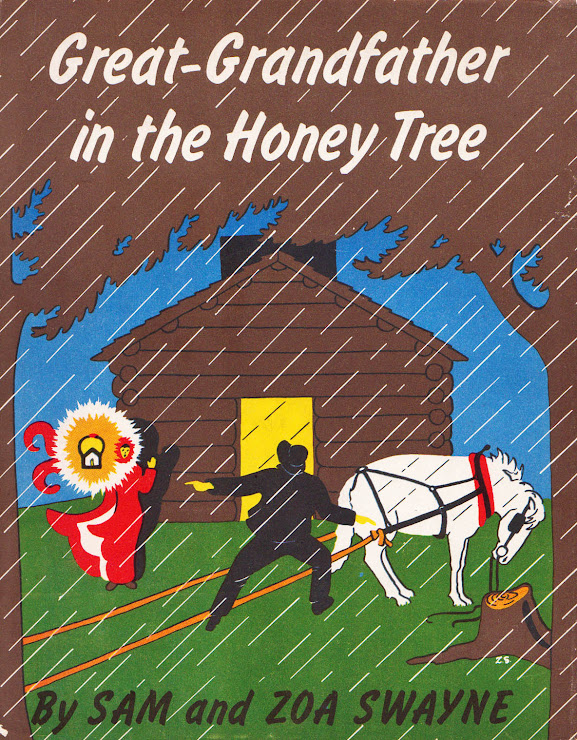