Encounters with the Invisible World 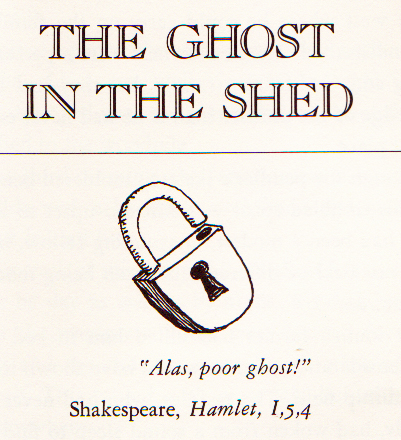 Encounters With the Invisible World:
Being Ten Tales of Ghosts, Witches, and the Devil Himself in New England

Having been at this since ’07, there aren’t very many unfound mysteries for me anymore when it comes to children’s books. Every once in a while I come across something I haven’t seen before or am reunited with a book I forgot I even knew. But as far as having books from my childhood that I remember but can’t remember the name of, those days of tracking down leads and recalling small details are over. Only one mystery has eluded me and kept me up at night, and it was only vaguely a book memory. It was the memory of a book I never actually read. All I remembered was that when I was little I’d see something on TV, like an after-school special or a Saturday morning-type program. The show was about a little girl getting locked in a library overnight and meeting storybook characters that came to life. I also remembered it having to do something with an animated bookworm. There were a handful of books and each had its only little animated featurette that went along with it. The story in particular that stuck with me was about a family that gets haunted by a ghost in a shed in the back of their house. 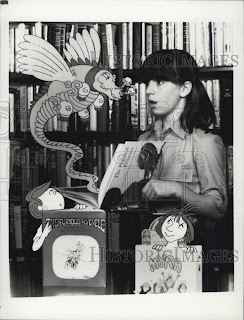 I’ve long Googled keywords trying to find out the name of the book, to no avail. I assumed our reunion was simply not meant to be. Fortunately, the internet grows more and more robust by the day, and about a month ago my random Googling paid off.

Ends up what I’d remembered was an episode of the Saturday morning show CBS Library that featured animated or live-action versions of storybooks. The episode in question was called The Incredible Book Escape. A little girl, played by Quinn Cummings, does indeed get locked in a library and one of the characters she meets is a ghost voiced by the late actor, George Cobel, a character actor who at one point had his own TV show, but I remember mainly as a guest star on random game shows during the 70s and 80s. I had misremembered the book worm, though he did appear on another episode of CBS Library starring 80s icon, Keith Coogan.

More Googling reunited me with the actual animated video clip.

Moments like these are when I am able to fully appreciate the awesomeness of the internet.

The story is actually from a book entitled Encounters with the Invisible World: Being Ten Tales of Ghosts, Witches, & the Devil Himself in New England written and illustrated by apparent Salem witch scholar, Marilynne K. Roach. One more quick trip to the internet and three days later, the book is in my hand and I feel as if my literary life has, at last, come full circle. 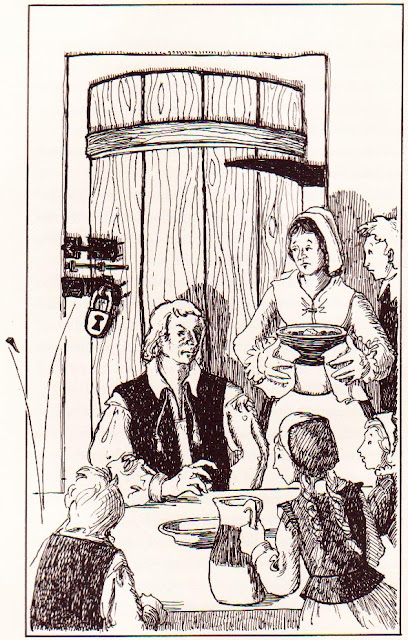 There was once a peddler who arrived with his pack of goods at a remote farmhouse in the Green Mountains of Vermont just as dusk was falling. He asked if he might pass the night there since it was a six-hour walk to the nearest inn. The farmer and his sons agreed and acted very glad to have him. In fact they were so glad that before the sun came up again, they had murdered the peddler, robbed him, and buried the body under the dirt floor of the shed behind the kitchen.

They got away with it too.

How awesome a beginning is that!?! The story goes on that years later, a new family moves into the house and is haunted by the ghost of the peddler who meddles them endlessly until they finally discover his remains and give him a proper Christian burial. The rest of the stories in the book are pretty rad, too, like «The Orchard Murder», «The Temporary Death of Molly Swett» and «The Hooks of Heaven». Many a recent night has been spent reading these stories aloud and scaring the crap out of my son.

Goodness, how I love reconnecting with childhood willies. Apparently, I’m not the only one who remembers this bit so fondly… 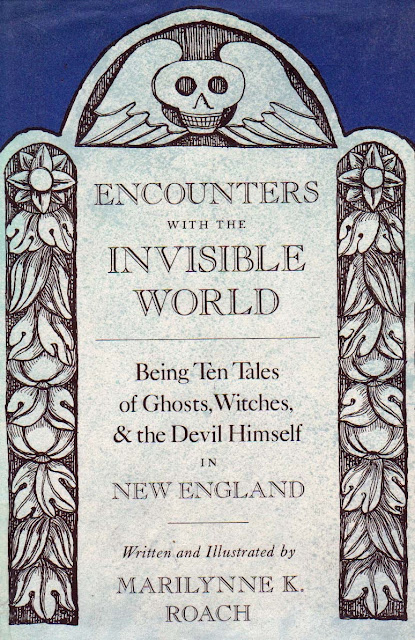