Help me in welcoming my good friend, fellow old book collector, and Etsy purveyor of all things vintage modern and awesome, Thingummery. 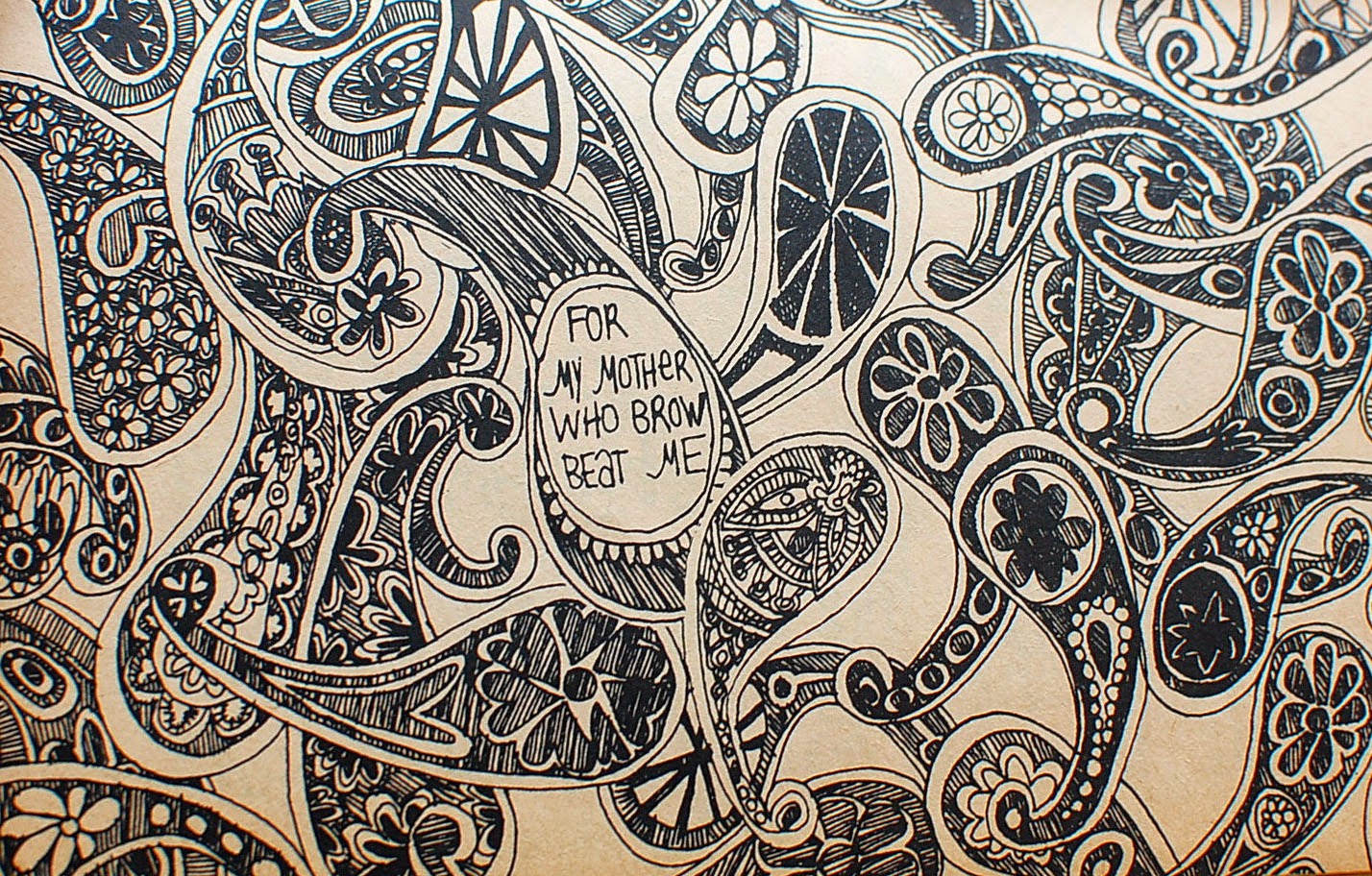 How to Be a Nonconformist

Elissa Jane Karg ~ Silvermine Publishers, 1967 ~ Scholastic Book Services, 1968
reprint available (I think) from Onzo Media
Once upon a time in the 1960s, a teenage girl from Connecticut would take the train to NYC and hang out in Greenwich Village. You might envision several different outcomes to this scenario—she becomes a groupie or a folk singer or a folk singer’s groupie or maybe a style icon or a statistic—but probably not the one that actually transpired: Elissa Jane Karg, a self-described “cynical & skeptical junior at Brien McMahon High School in Norwalk, Connecticut” and “an angry & amused observer of my cool contemporaries” instead chronicled her experiences in a comic strip for her school newspaper, which was shortly thereafter published as a book by Scholastic. 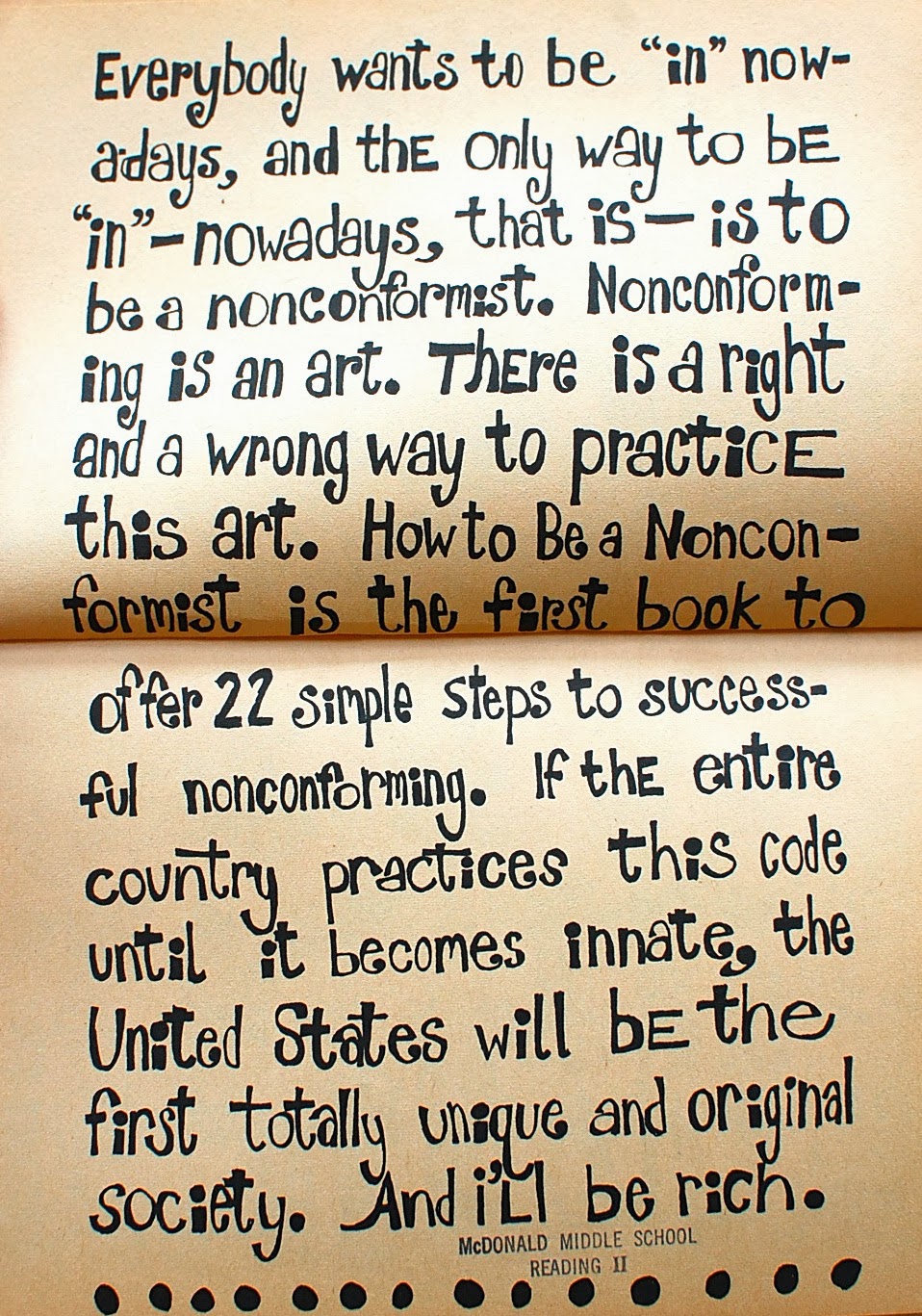 Wow. Does that fuel fantasies for kid comic artists (and their doting parents) all across the land, or what?
Well, Karg’s real-life narrative didn’t exactly continue on the trajectory you might expect from a kid artist prodigy. She didn’t go to RISD and end up a successful illustrator in NYC; she went to Oberlin and ended up in Detroit. She apparently fell in love and never looked back. She became an ardent Socialist, a union organizer, an auto worker, a mother and a nurse. As far as I can tell, she never published another book, except for co-authoring Stopping Sexual Harassment: a Handbook for Union and Workplace Activists in 1980, which I’m guessing did not feature her finely-wrought, Edward Gorey–esque pen-and-ink drawings. She died in 2008, when she was in a bicycle accident on her way home from a Socialist meeting. From the little I’ve read about her, she sounds like a remarkable lady—a passionate activist and champion of women’s rights who was beloved by a lot of folks—which most definitely is what you’d expect of the singular sort of person who could create a book like this while still a mere chit of a girl. 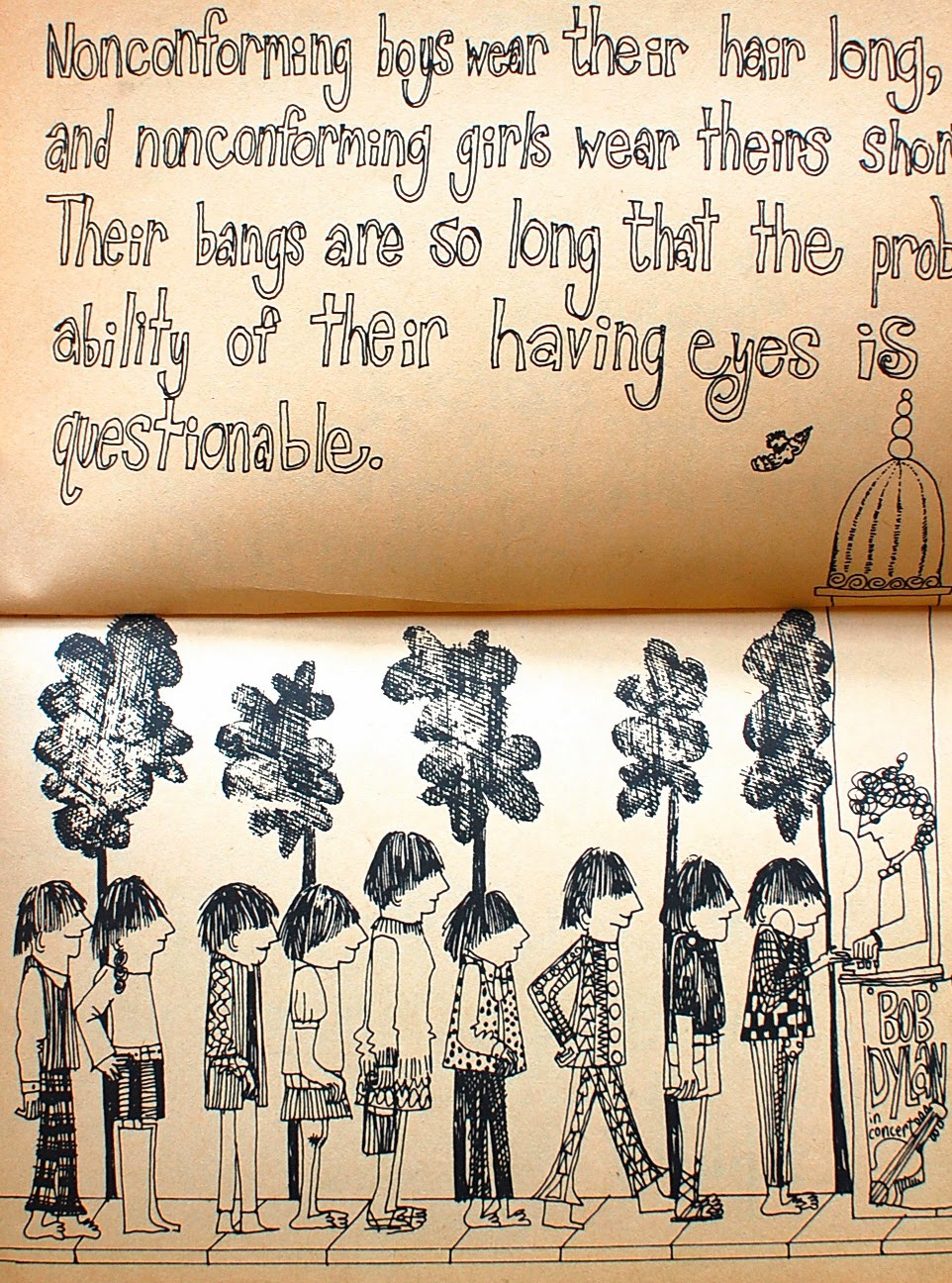 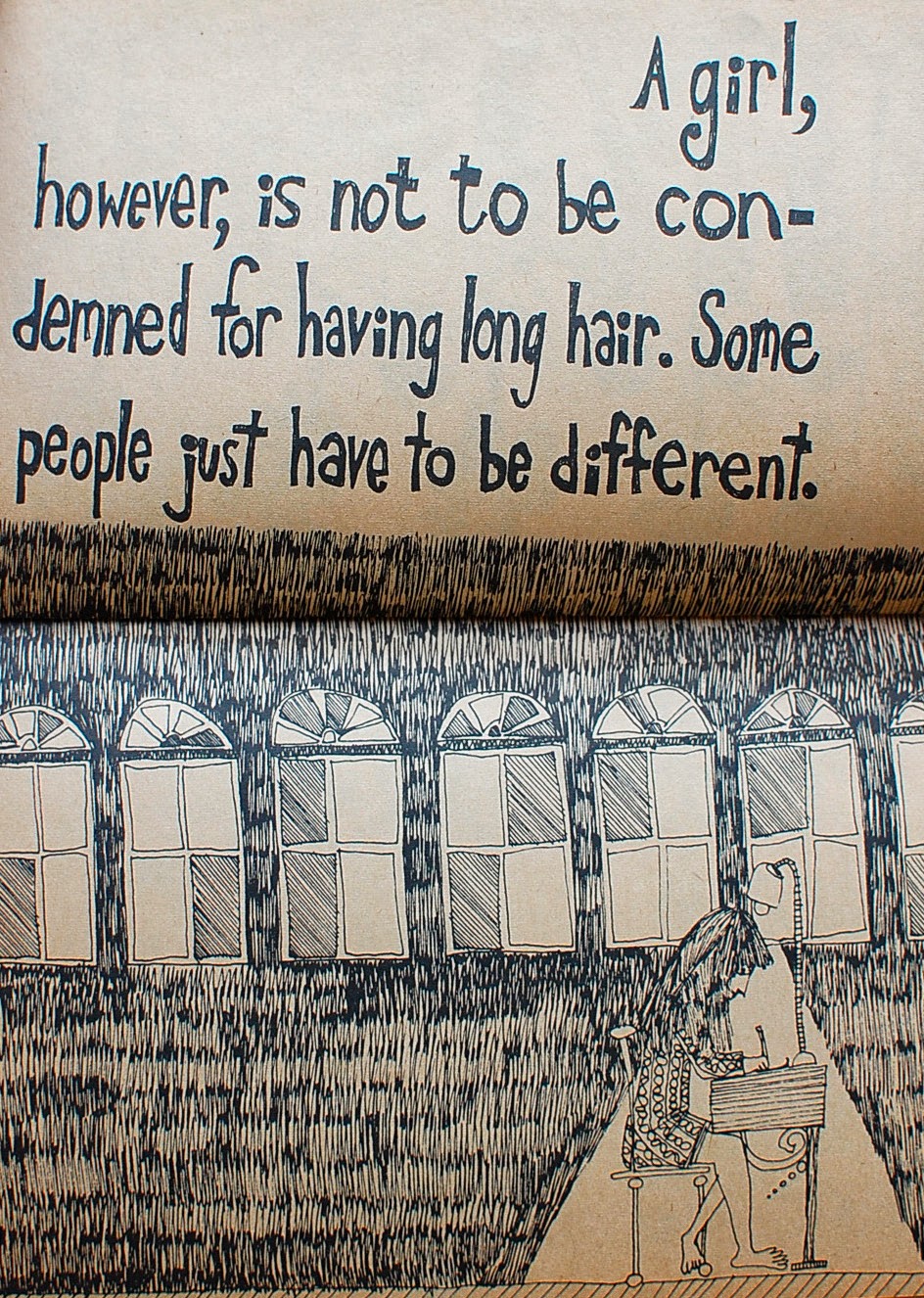 How to Be a Nonconformist is very much a time capsule, a cultural artifact from one of the more romanticized moments in recent(ish) history—one that frankly, you don’t see parodied nearly as often as it should be! In her “22 steps to nonconformity,” Karg manages to skewer tight pants, miniskirts, sandals, long hair on boys, short hair on girls, poor-mouthing, pop art, cockroaches, MGs, empty protests, goofy song lyrics and knee-jerk cynicism. Was this the beatnik brew from which punk rock sprang?

Karg’s peers may have viewed rebellion as a fashion statement, but Karg obviously walked the walk. The book may be a blast from the past, man, but the message is still relevant: If we’re all donning the same personae and calling ourselves nonconformists, doesn’t that make us all…conformists? 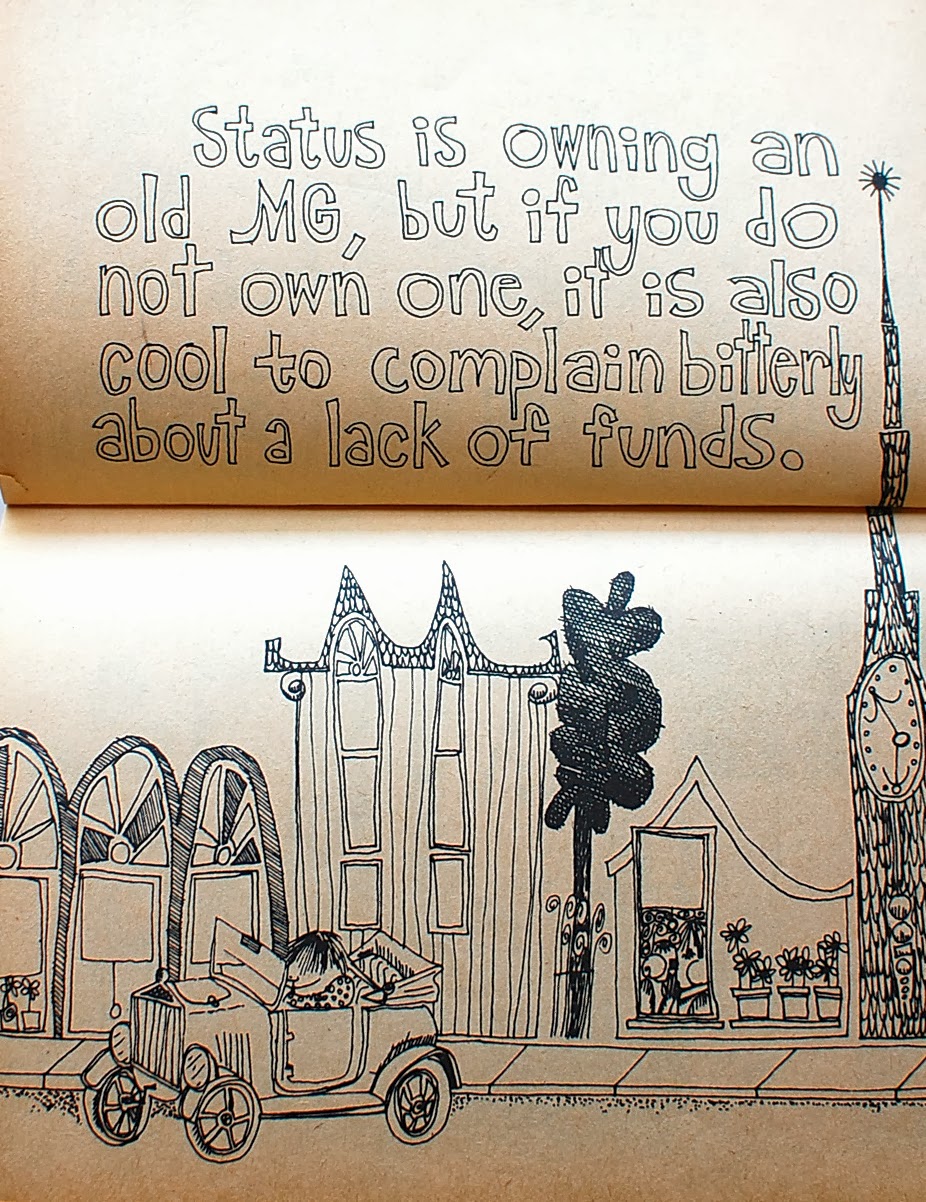 I’m so glad to have stumbled upon this beat-up, yellowing ex-library book at a sale last year.  I was sucked in by the cover art, but it’s the voice that’s so authentic—a worldly-wiseacre little sister. I put her in the pop-culture pantheon of all the subversive girls—Pippi Longstocking and Harriet the Spy and Winona Ryder in Heathers and Lisa Simpson and Daria and everyone at Sassy magazine—astute cultural observers who may not always flout authority outright but at least question it (in the drollest manner possible). 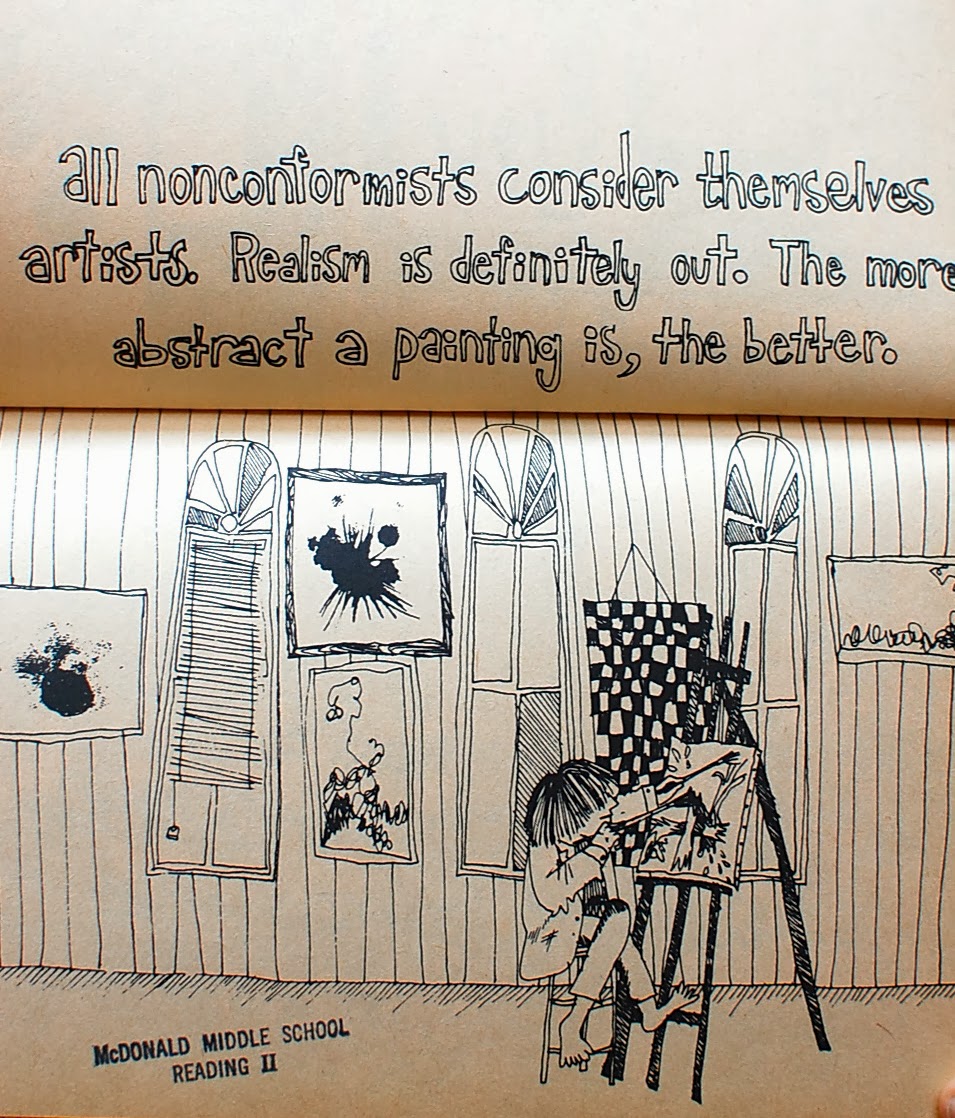 If you’ve only got one book in you, make it a good one, like Elissa Jane Karg did. R.I.P. 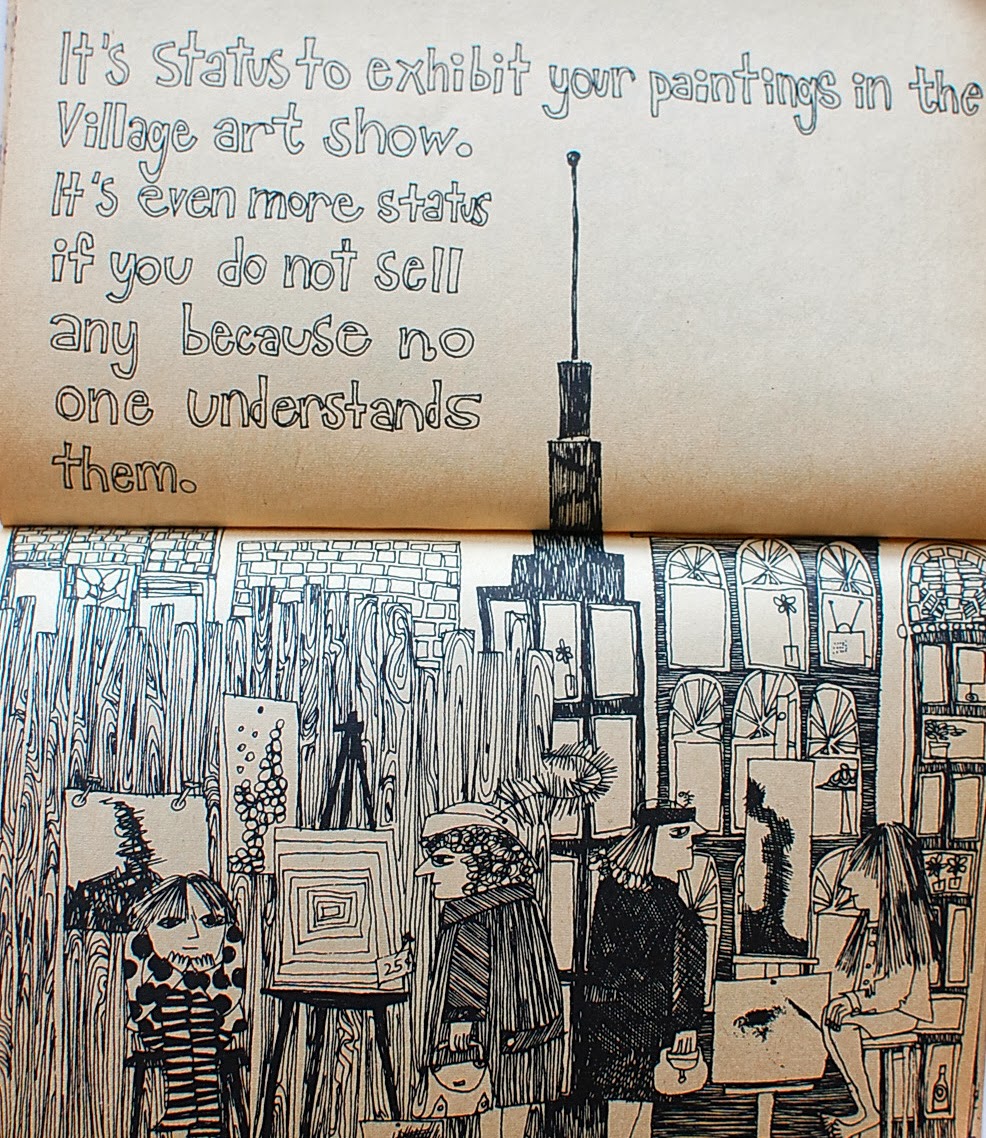 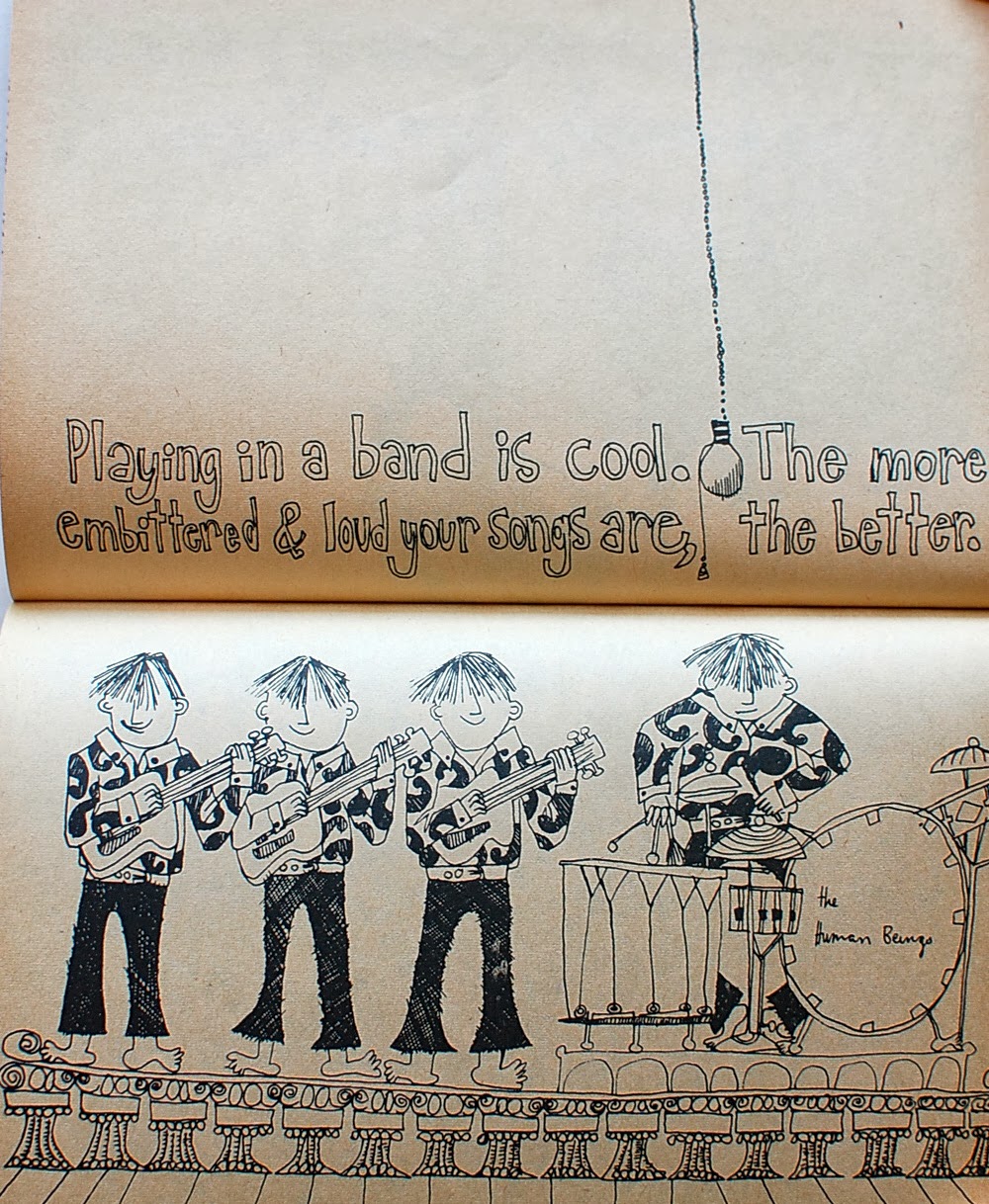 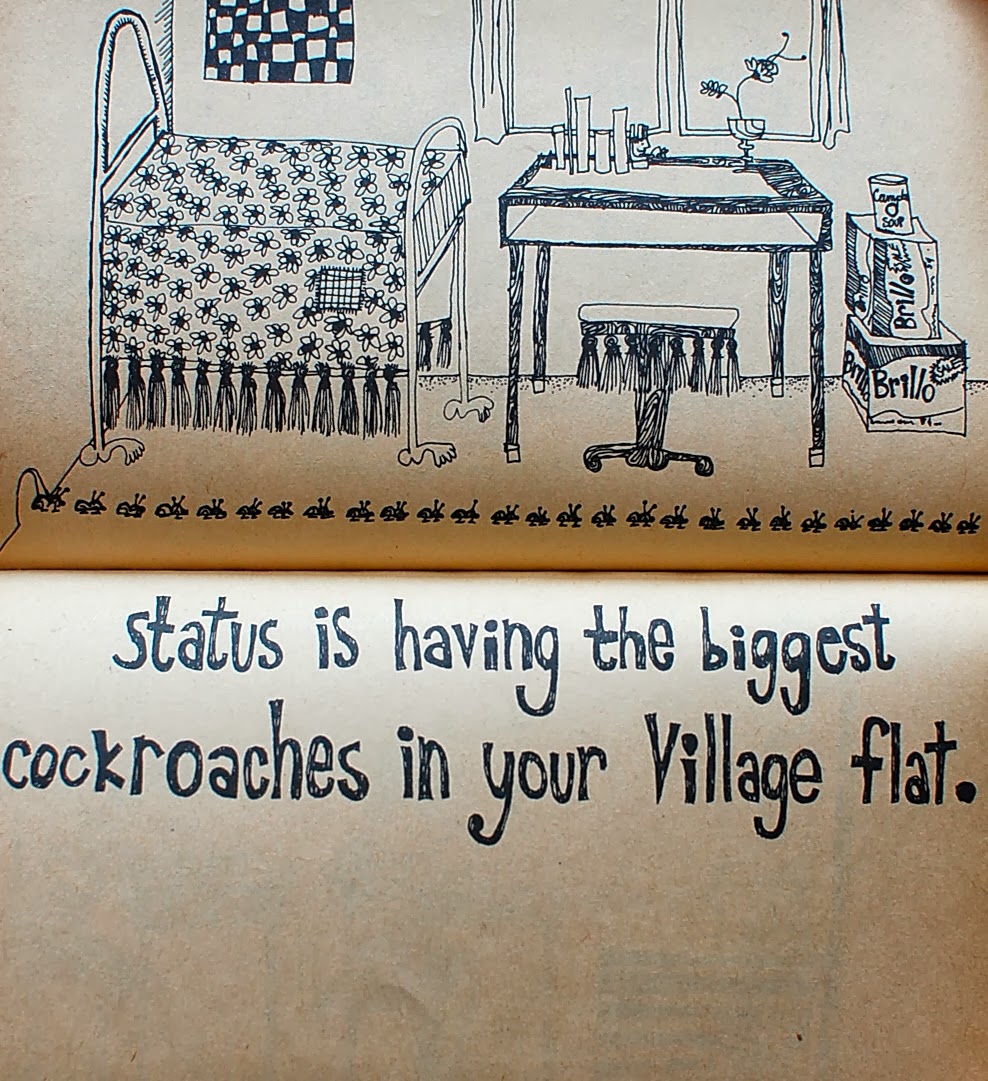 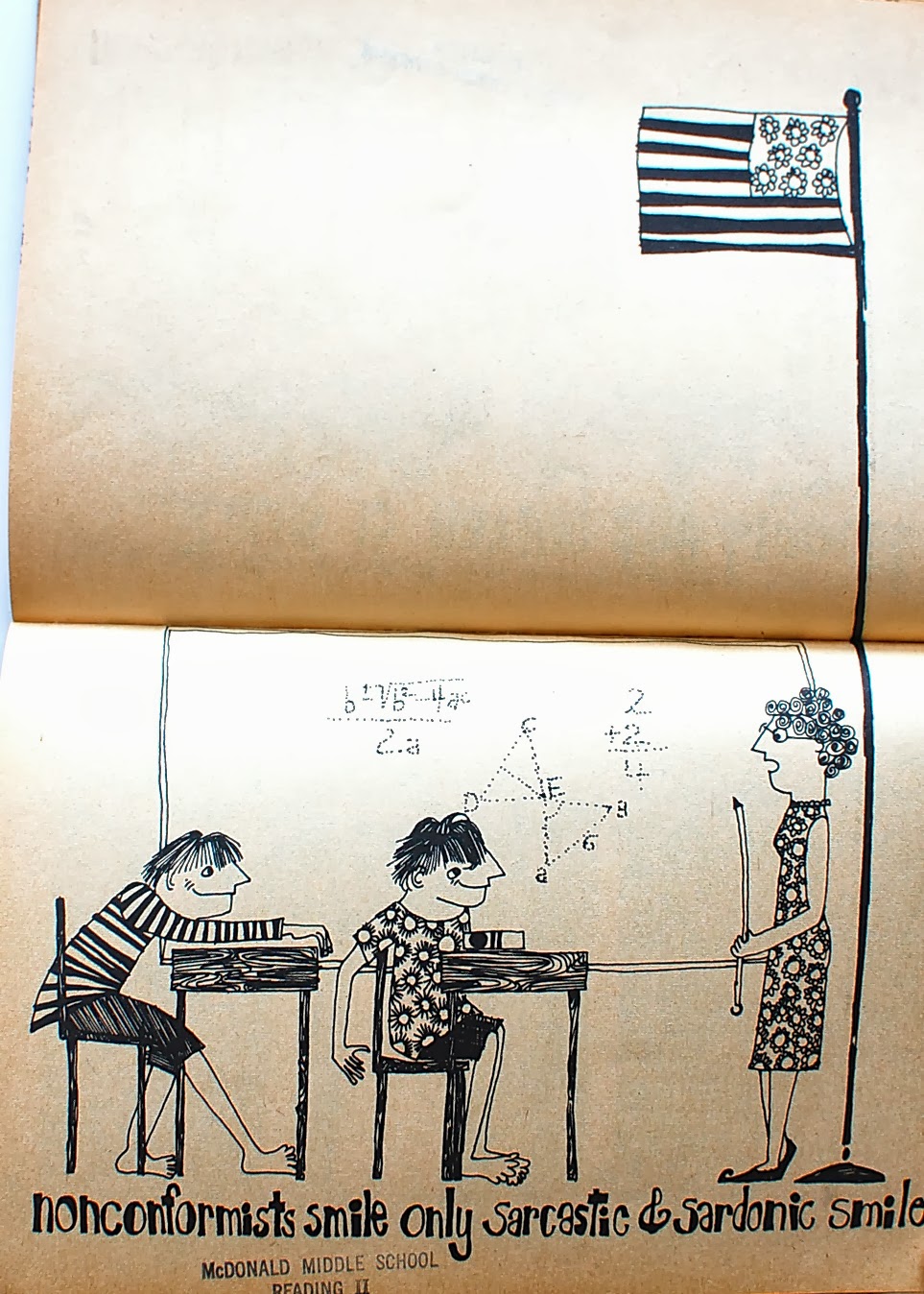 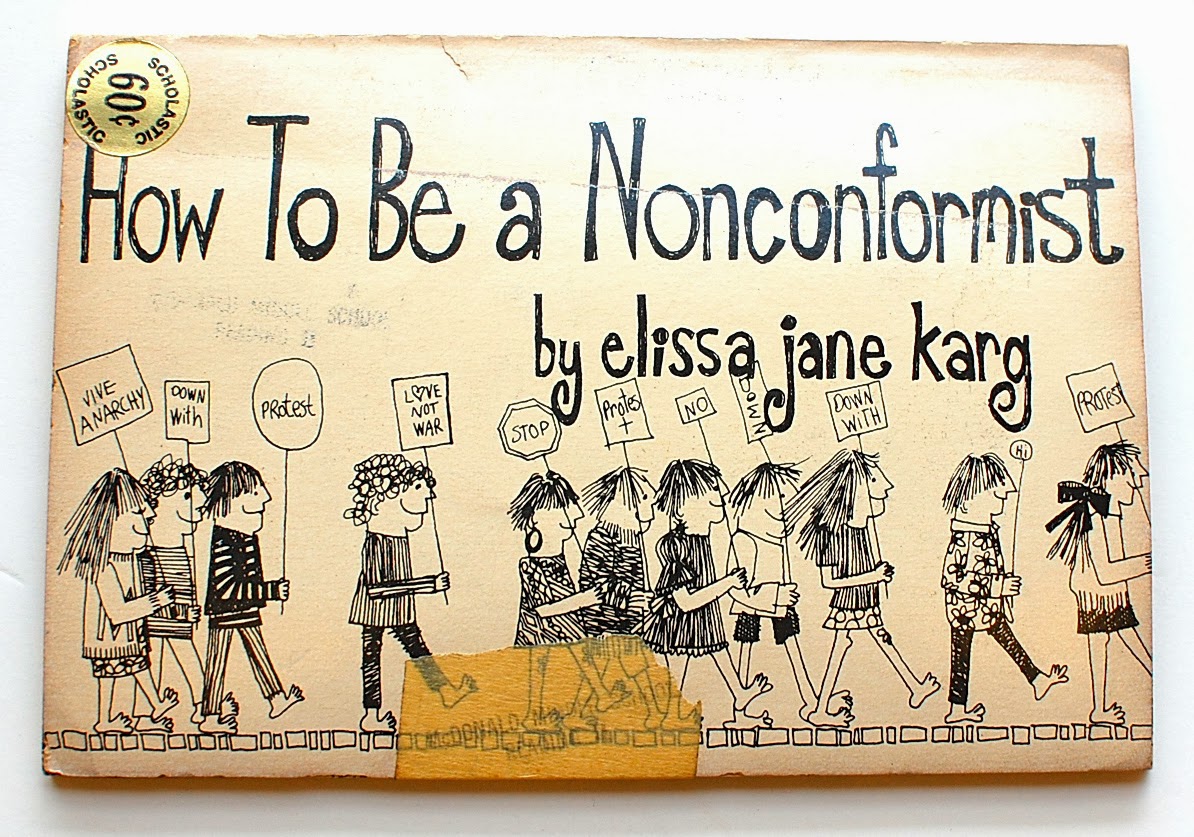 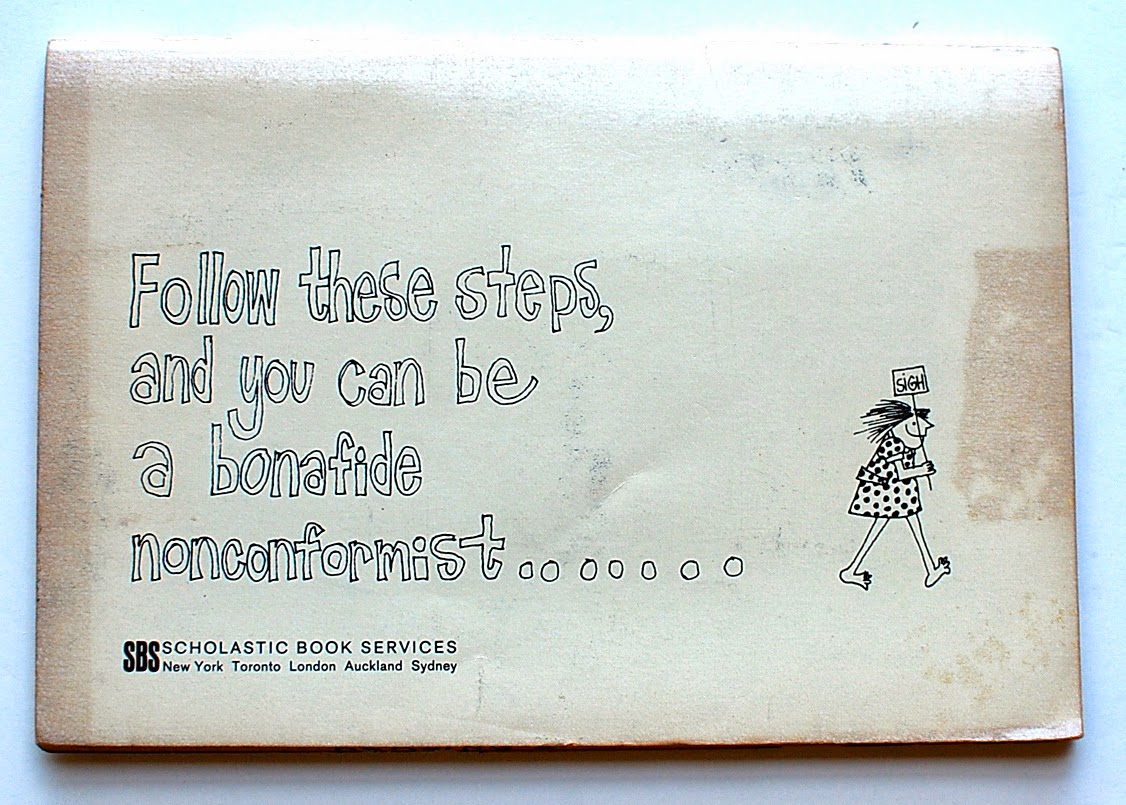