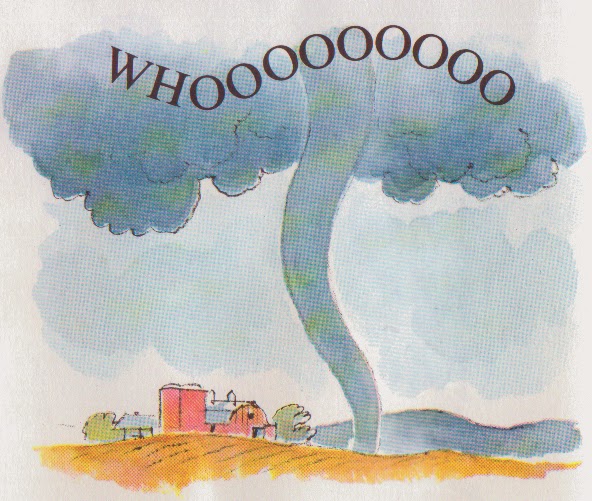 It’s been a great spring break here in Texas. A visit with my sister. The premiere of the incredible Cosmos series. (If you aren’t watching this with your kids, they are really missing out.) Beautiful weather… even though every time it seems like spring is here, old mother climate change has other plans. On this bright and beautiful nearly spring day, I just thought I’d peek in and share with you another gem by one of my all time faves, Peter Spier. 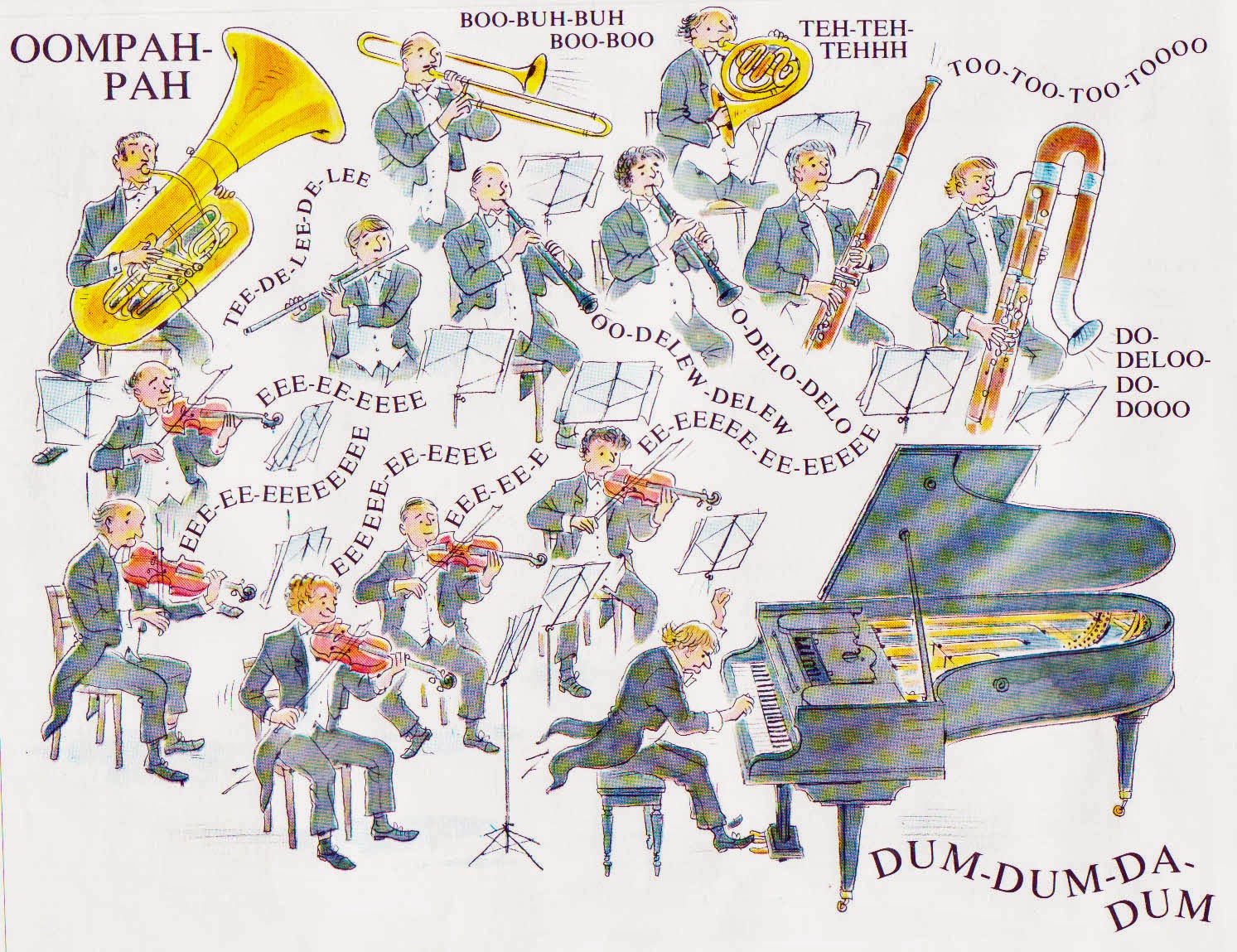 Similar in theme to Goggle Growl Grunt!, Crash! Bang! Boom! is a visual extravaganza of sound. BLUBBA-BLUBBA-BLUB… the sound a glass of liquid makes when a child blows into it through a straw. The RAT TAT TAT TAT TAT of a stick taping along a picket fence. The WHOOOOOOOOO of a tornado. 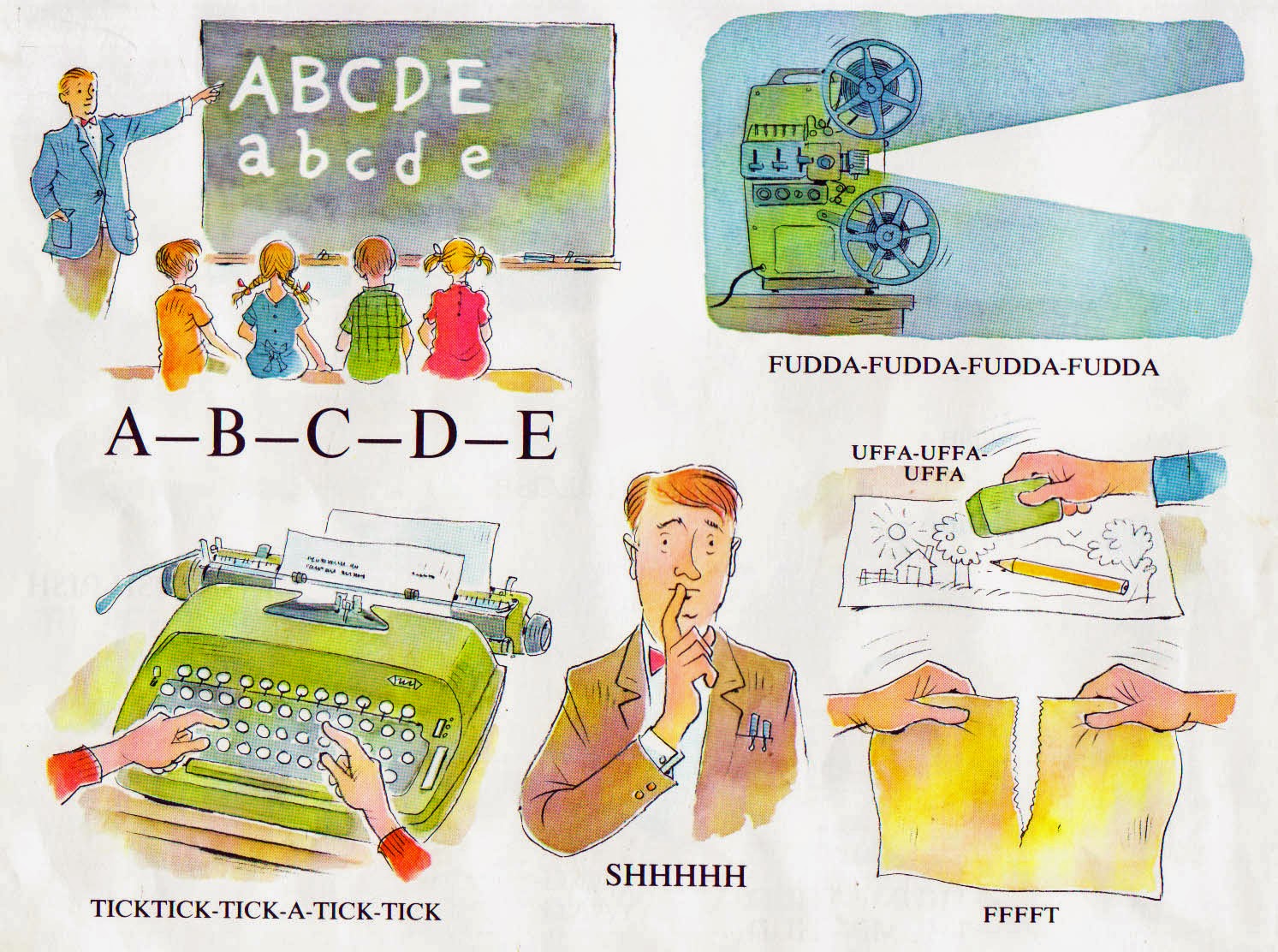 Or more dated sounds like the CRRRUNCH of an ice tray makes. The SCREEEEEETCH chalk makes on a black board. The hacking cough made my Daddy (UGH-UGH-UGH) when he smokes that awful pipe. The fake death by popgun, OH! AH! The FUDDA-FUDDA-FUDDA-FUDDA of a classroom reel-to-reel. It’s a time machine of a good time, all illustrated with Spier’s delectably detailed drawings. Never gets old… 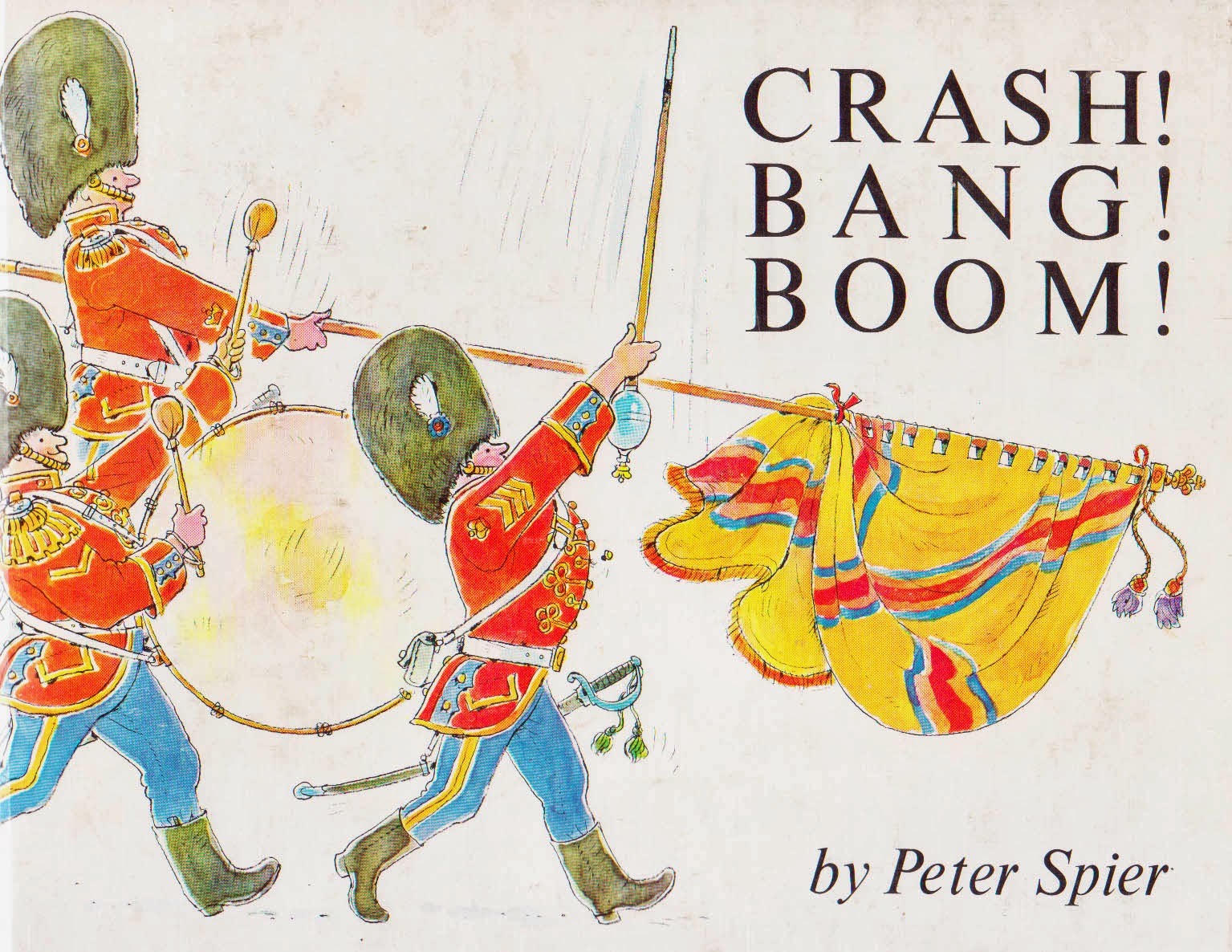 Also by:
The Fox Went Out On a Chilly Evening
The Star-Spangled Banner
Noah’s Ark
Peter Spier’s Christmas
Gobble Growl Grunt
Rain
Bored — Nothing To Do!
Peter Spier’s Little Bible Storybooks
Oh, Were They Ever Happy!