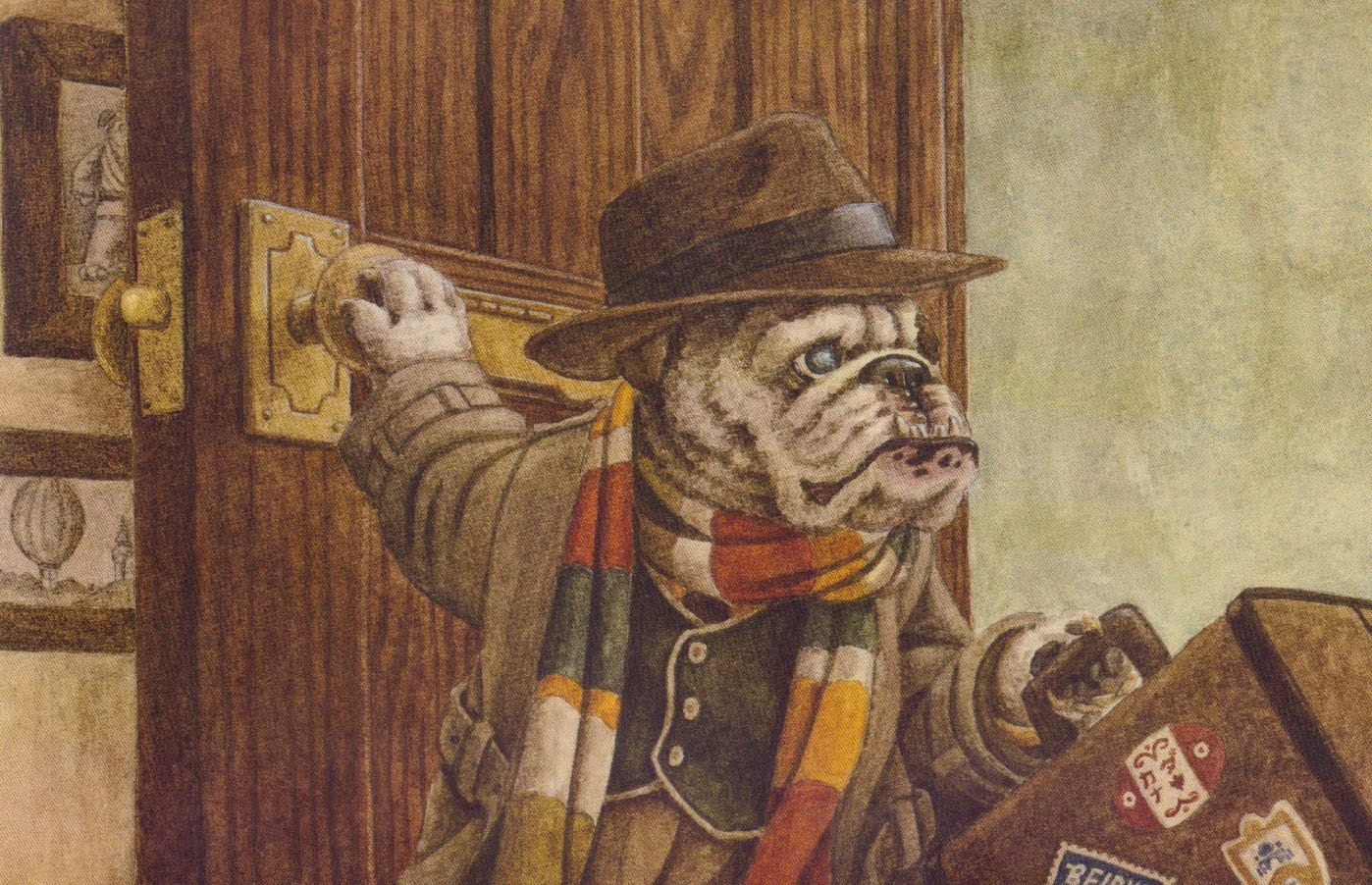 To celebrate the publication of Zack Rock‘s first children’s book, Homer Henry Hudson’s Curio Museum, I put together a short Q&A to find out a little more about the man behind the bulldog. 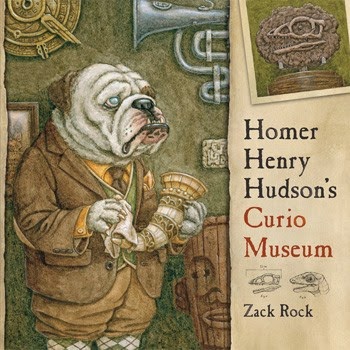 After following his fledgling career for five years, this past spring I was finally lucky enough to meet Zack in person, on the night before he was moving from Seattle to Berlin. Moving not because he had a job in Germany. Not because he was chasing a girl or following a friend. He was moving just for the hell of it. And he was taking his cat.

How bad ass is that?

That night I found out that not only is Zack talented, but he’s also curious, brave, totally neurotic, and kind of an all around virtuous guy. And he has a tremendous heart. But I didn’t need to meet him to know that. You can tell from his drawings that he cares about the world and sees it with a sense of wonder very few of us are able to hold onto as adults.

Anywho, I won’t brag anymore as I’ve done that plenty here, here, and here. Without further blah blah, meet the most awesome of the awesome, Zack Rock.

VKBMKL: What sort of children’s books did you love as a child?

ZACK: If it featured cats, I was hooked. Nicola Bayley’s Copycats series and Ursula Le Guin Catwings were favorites, and I had enough Garfield and Calvin and Hobbes annuals to dam a river. In fact, I ended up reading more comics than picture books, especially Mad Magazine. Their paperback collections from the 60s and 70s formed a large portion of my literary sustenance throughout the late 80s. The significance of the Berlin Wall falling may have eluded me, but no one in my second grade class had a larger repertoire of Spiro Agnew jokes.

VKBMKL: When did you begin to draw as a child? Any inspirations non-book or people-wise that brought you to this line of work? 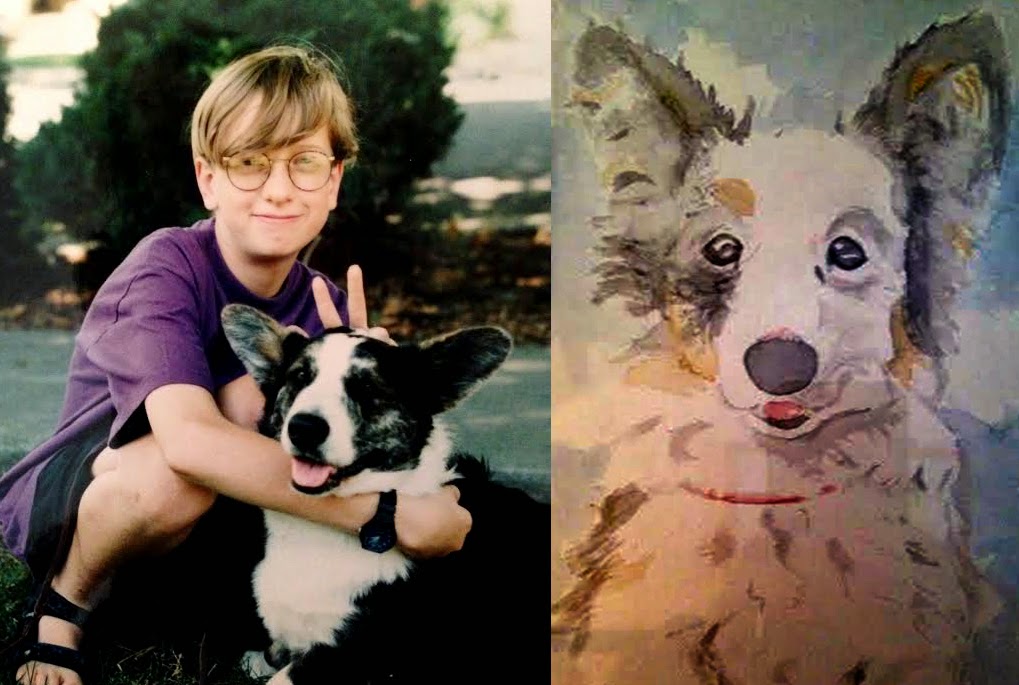 ZACK: A time when I wasn’t drawing is beyond my memory’s reach. Even in elementary school, I kept a pad and pencil at the ready in case some muse needed a sketch of hot dog riding a skateboard STAT. My binders were filled with 17% studious notetaking, 81% drawings, and 2% Stüssy logos. So all my career aspirations as a child leaned heavily on drawing and storytelling.

VKBMKL: I love the opening line of Homer Henry Hudson’s Curio Museum. «Everything has a story.» Is that a concept that you’ve mulled over for a while? 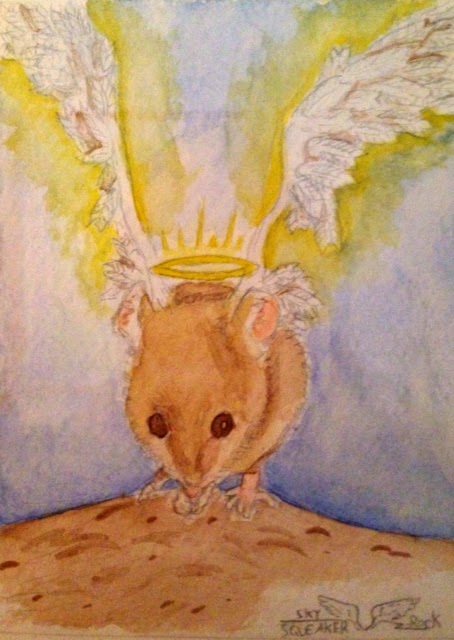 ZACK: Humans are meaning-making machines, and the way we endow people, things and ideas with meaning is by fitting them into stories we tell ourselves about them. We have Grand Narratives for how the whole universe works, and less grand narratives for smaller things, but we always have narratives. They’re rather invaluable for tidying up reality. However, these stories can also be limiting. The only thing humans are better at than making stories about the world is taking those stories for granted, especially as we get older and the stories turn stony.

If we come across an object or idea that falls outside our narratives, there’s a tendency to reject it or ignore it instead of exploring it. So the book suggests looking deeper into things we take for granted (including what we tell ourselves about ourselves), and seeing if maybe that’s not the whole story. (Love this Sky Squeaker watercolor from Zack’s youth!)

VKBMKL: How did you come up with the wonderful things that lines the walls of the curio shop? Any Easter eggs? 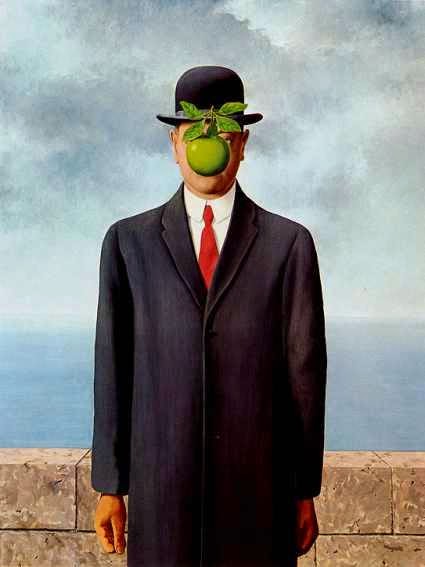 ZACK: Honestly, I stared at a blank wall and imagined REAL HARD. My main goal was to create curios that implied a story without leading the reader to one particular interpretation. Though one of the joys in creating this book was thinking up an unusual item, like a flute made from a leek, and discovering someone already created it in real life. That being said, the collections at certain museums inspired a lot of the artifacts: Pollack’s Toy Museum and the Horniman and Soane museums in London; and San Francisco’s Musee Mecanique for instance. And towards the end of the book, I just began including items related to my personal interests: Søren Kierkegaard’s face in the slice of toast, the hat and apple from Magritte’s “Son of Man,” etc. I knew I had exhausted my imagination when I painted a strand of Blue Ivy descending from a giant bottle of Beyoncé’s perfume.

VBKMKL: How did you decide on a bulldog and who did you use as a model? 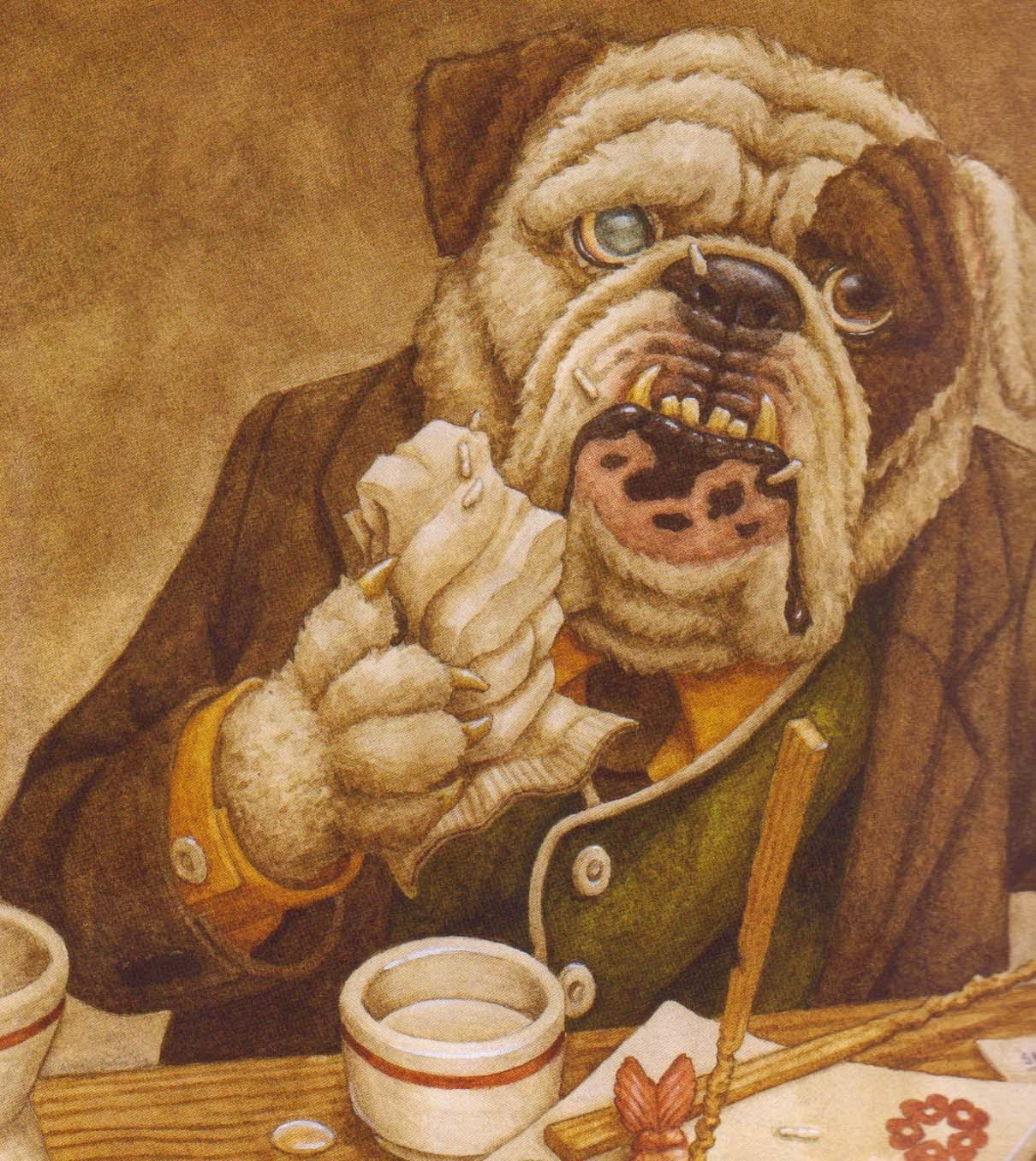 ZACK: I wanted my protagonist to be instantly sympathetic and unassuming. One look into an old English Bulldog’s sad sack eyes is enough to for the pity to well up in you, and if said bulldog is half blind, walking with a cane and wearing a stuffy suit, you’d likely not suspect he was anything other than an old museum custodian, a curio amongst curios. Unfortunately I didn’t have a friendly bulldog on hand to sketch. Had to rely on the Google Image Search Modeling Agency.

VKBMKL: The book is part Indiana Jones part Tyger Voyage. Were you obsessed with the idea of adventure as a child?

ZACK: I was/am obsessed with the idea of elsewhere, that a road away was whole other world I couldn’t even begin to fathom, with its own rituals, beliefs, traditions, stories. And beyond that place something more unfathomable, and beyond that, and that. It’s less a desire for adventure, more a hope to have my imagination bested. 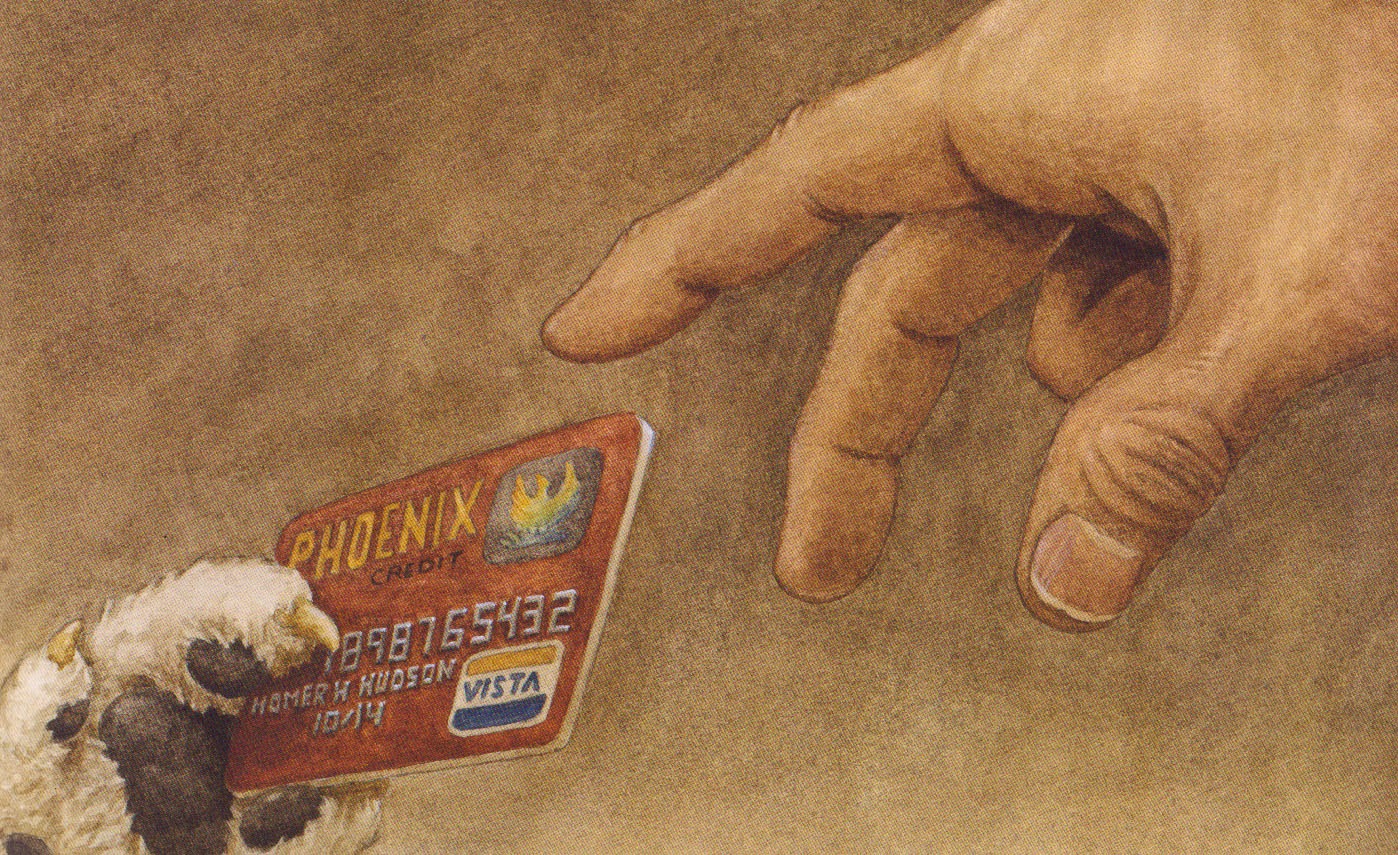 ZACK: The Phoenix is a mythological bird that is consumed by fire and is reborn from its own ashes. As Homer Henry Hudson experiences a similar rebirth in the book, I thought the symbol was appropriate. But it wasn’t supposed to be reoccurring! I painted both scenes where the Phoenix is namedropped months apart, and totally forgot the credit card Homer uses at the restaurant had had “Phoenix” written on it just like the ship does at the end. I justify the accident to myself by saying the Phoenix Credit Card lets him earn travel miles he can redeem on a future voyage aboard the Phoenix line of cruise ships.

VKBMKL: I love how my turbaned tiger (from my banner) shows up. What’s his story?

ZACK: I don’t know yet! But I’m hoping to find out some day! 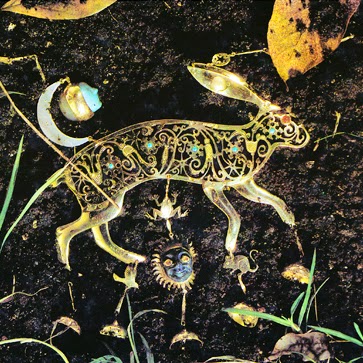 VKBMKL: And the rabbit jewel prize from Masquerade!?! Yay!!!! Elaborate!

ZACK: Good eye! It’s one last shout out to a picture book legend in the book. I had Lisbeth Zwerger, Shaun Tan, and Maurice Sendak in the sushi restaurant, and Kit Williams’ prize fit in perfectly in the museum.

VKBMKL: What are you working on now?

ZACK: My next title is yet another book about the power of stories, evidently I can’t get enough of the topic. In fact, I realized last week the protagonist—an accounting pig who dreams of being an acrobat—is basically saved by a bookstore. 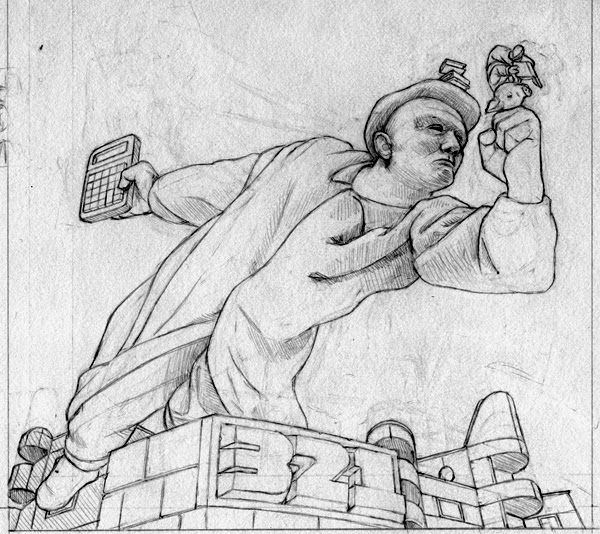