The Meanest Squirrel I Ever Met 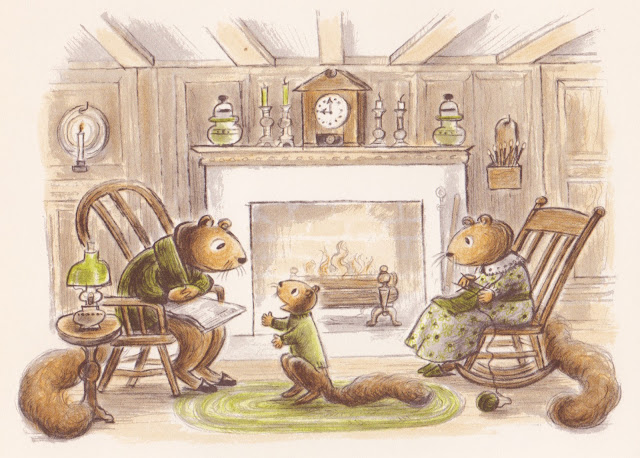 I keep coming back to Margaret Bloy Graham’s death earlier this year. Seems every time I turn around I unearth another of her books that I never shared when I was keeping this blog up daily. This one might actually be one of my all time favorites. Of course, anytime there is an unsavory, mysterious character in a children’s book, it usually tends to hit the reread pile around these parts. We’re spooky like that. But fear not, for all it’s shady-characterness, it still falls firmly in the rated G realm. Plus it has this sweet shot of Margaret and Gene in the back flap. 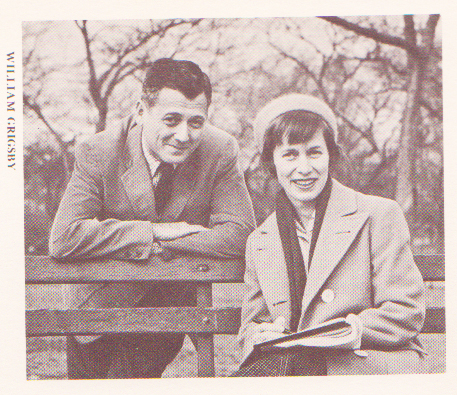 Nibble was a little squirrel who lived in the woods with his father and mother. On Thanksgiving morning, his mother brought a basket up from the storeroom. In the basket were pecan nuts, walnuts and hazelnuts. «Can I play with them?» Nibble asked his mother. «Well,» she answered, «if you’re careful, you may. But remember, these are not just ordinary acorns. This is our Thanksgiving Dinner.» «I’ll be careful,» promised Nibble. 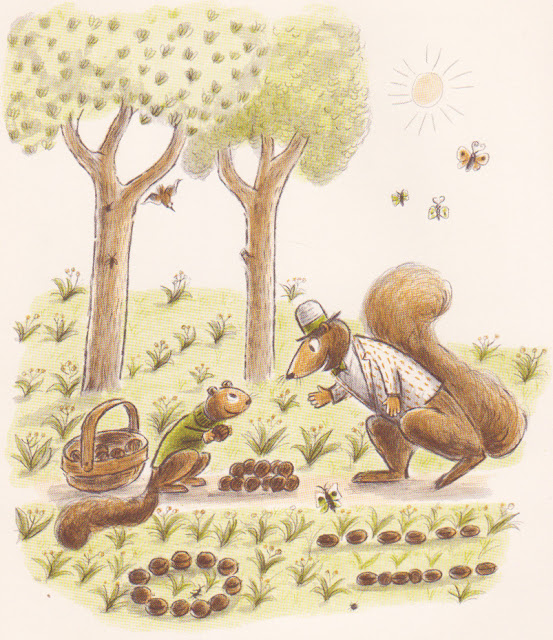 In what might be the ultimate «don’t play with your food» morality tale, after a few rounds of «Nuts in Rows», «Nuts in Circles», and, the classic, «Nuts in Little Piles», Nibble looks up to see a stranger coming down the path. Ignoring the warning of «stranger danger» always seems to come up in forest stories such as this, so it should come as no surprise when said stranger swindles poor little Nibble out of his holiday dinner, pecans and all! 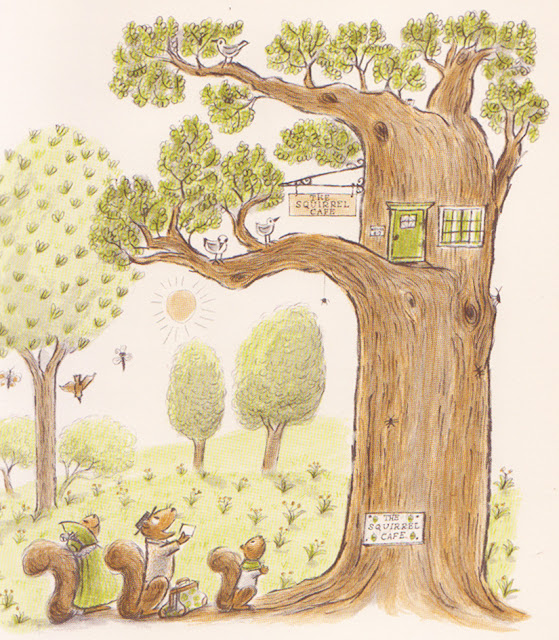 But it’s when the squirrel family is forced to get their feast elsewhere that the true story moves into action. Recognize what’s on the menu at The Squirrel Cafe? 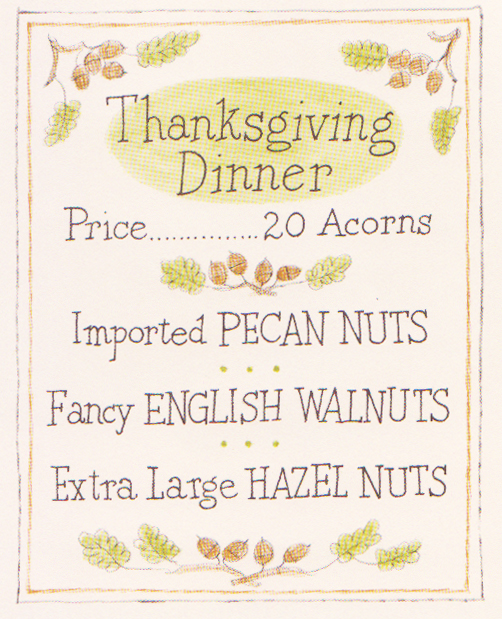 Ethical questions and nightmares ensue, as the whole clan tries to figure the best way out of their nutty predicament. The theme at the end of the day is repenting for sins and what it means to have courage, two things we could all use more of even in the heat of July. 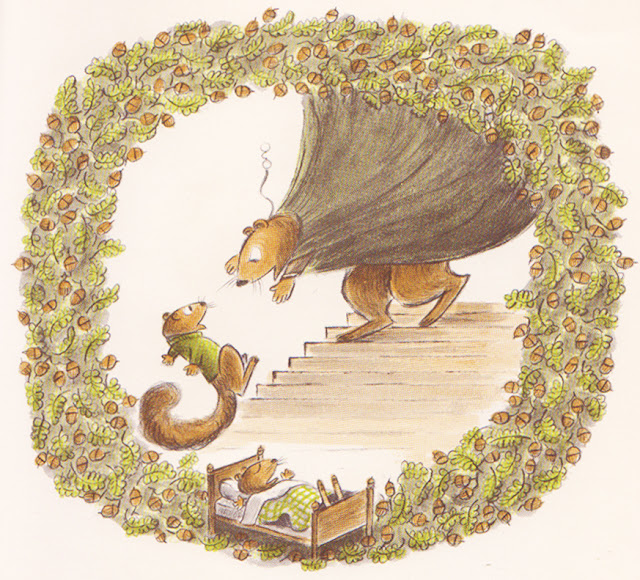 Another fabulous tale from the husband and wife team that brought us Harry the Dirty Dog and Be Nice to Spiders. May they rest in peace.
Also by:
Be Nice To Spiders
Harry and the Lady Next Door