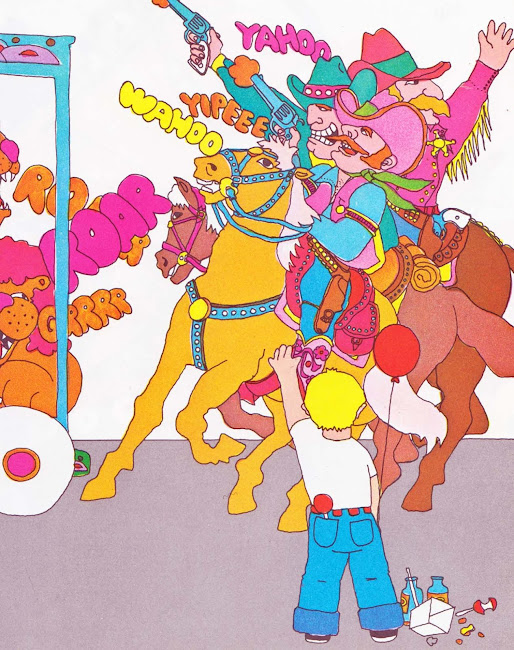 Funny how when you discover an author, their books seem to pop up all over. Now, is that a coincidence, or have they always been there and I just never noticed them before? After I found this book by Mr. Moskof, I stumbled across this one. Both designers, Mr. Moskof and Mr. Hefter (of Sweet Pickles fame) did a bunch of books together during the 70s featuring Hefter’s bright, groovy colors. 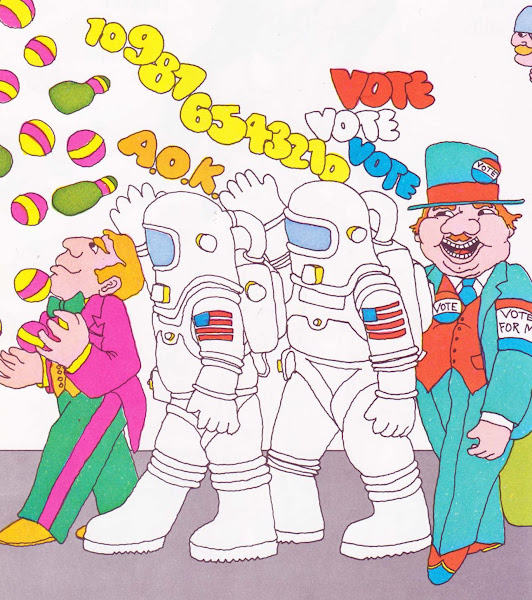 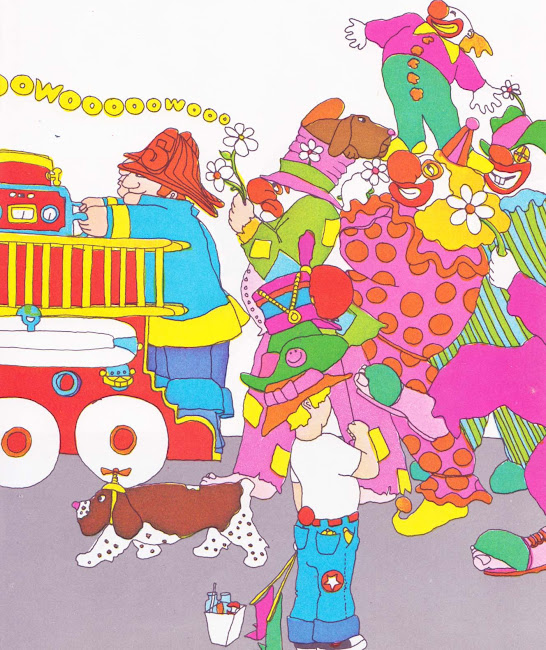 Christopher stood on the street waiting for the parade. First Christopher saw a drum major with a big baton and behind him a very noisy marching band and after them an airplane and a camel with bells around his neck and a car full of clowns and a monkey in a funny suit selling balloons and a long green crocodile and… 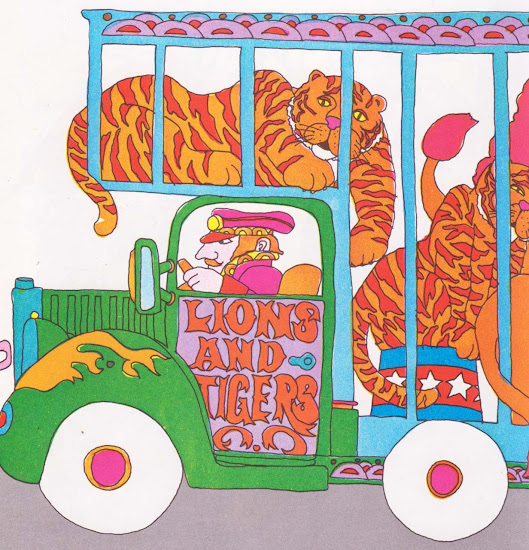 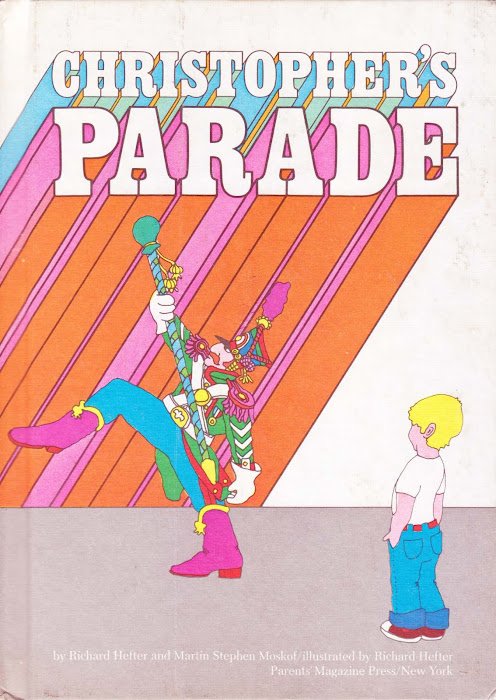