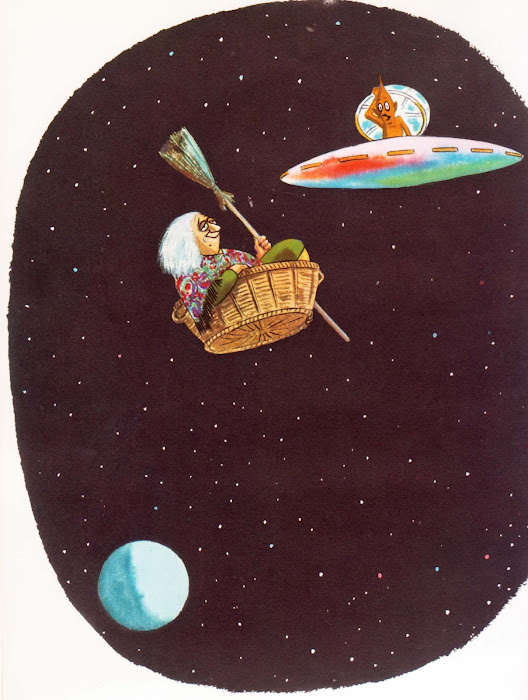 My good friend Thingummery let me borrow this little wonder, a book she picked up recently at an estate sale that’s getting ready to get birthday-gifted to her eldest daughter. I thought it apropos to share as those of us in the U.S. celebrated Mother’s Day yesterday, and Mother Goose is the ultimate storybook mother… even if Addams’ procreator is a wee bit on the creepy side. 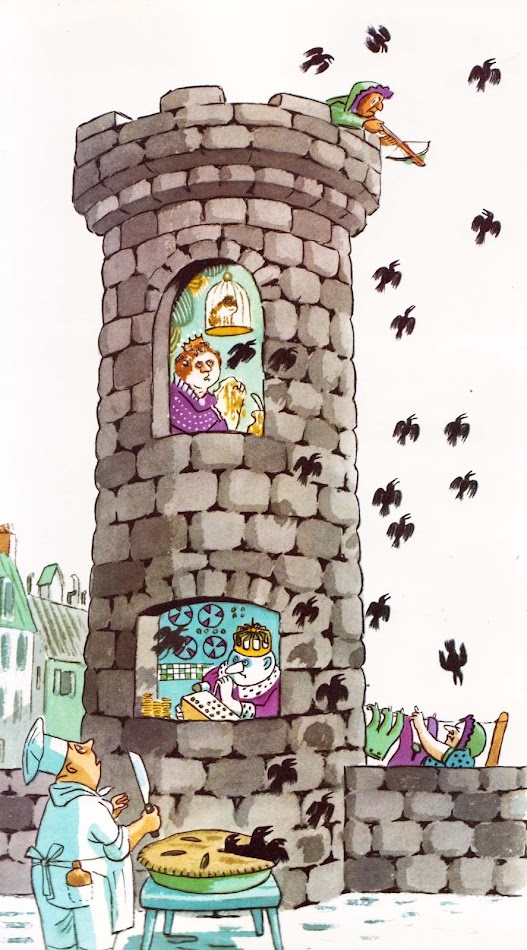 I grew up loving Chas Addams, even if all his books were on my parents’ bookshelf. The renown American cartoonist published many collections in his time, and his macabre cartoons and characters appeared often in The New Yorker, some of which were the inspiration for a television show, The Addams Family, that ran for a few years in the sixties and has reappeared throughout the years in various incarnations.

There’s a bit more over here on how this book came to be, the result of a publishing collaboration between Addams and the illustrator Robert Kraus, who founded Windmill Books, an imprint of Harper & Row, and brought in other New Yorker cartoons to begin creating children’s books… most famously publishing William Steig’s Roland the Minstrel Pig and the Caldecott Medal-winning Sylvester and the Magic Pebble.

In this cadaverous collection, there are more than two dozen nursery rhymes, all filtered through the lurid lens of Mr. Addams. 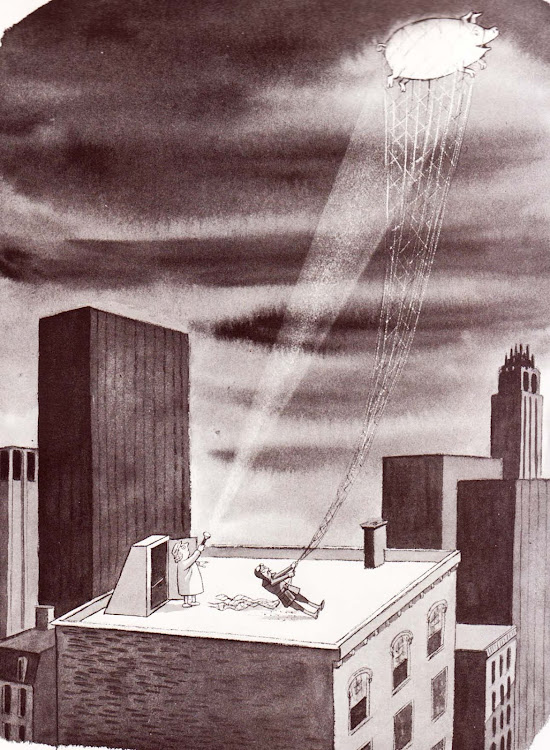 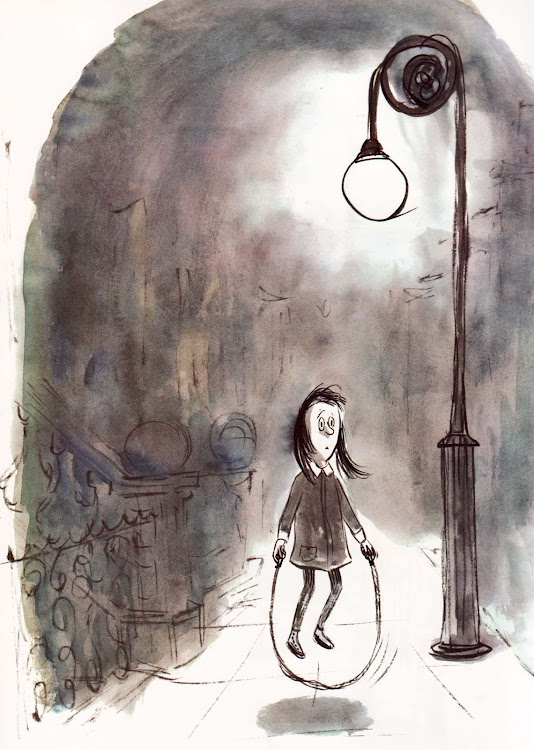 Here am I,
Little Jumping Joan;
When nobody’s with me,
I’m all alone.

All your ghastly favorites are here…

Humpty Dumpty, Three Blind Mice, Pease Porridge Hot, Solomon Grundy, Mistress Mary and more. Never before has childhood seemed so delightfully devilish. First editions like this one can get a bit pricey, but you can still get the 2002 reprint for not too hefty a sum. I’m off to secure one for my own son, but I doubt I’ll wait til his next birthday to gift it! 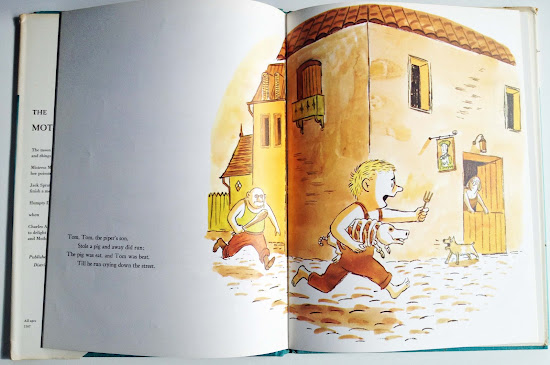 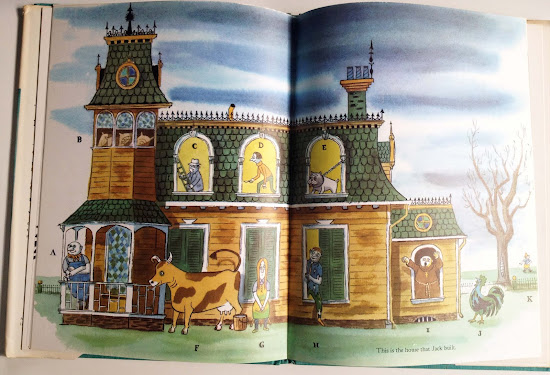 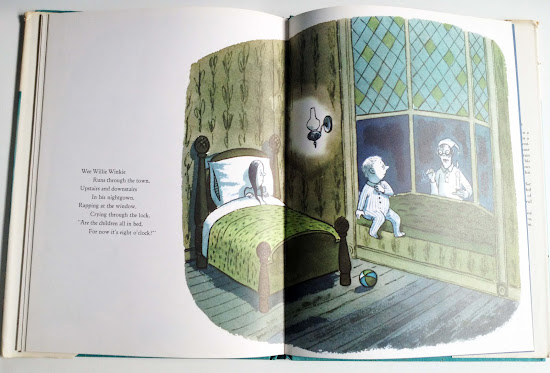 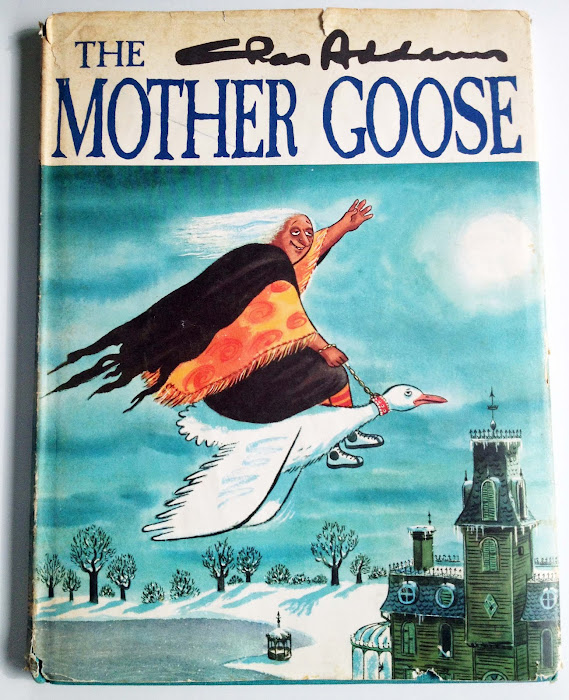