Oh, Were They Ever Happy! 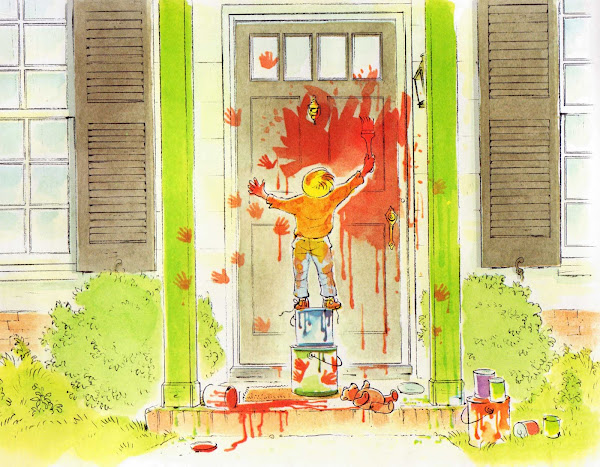 Oh, Were They Ever Happy!

I’m always surprised by the memories of how much my sisters and I were allowed to do without adult supervision when we were young. During the summers of elementary school, we’d be gone all day long without ever seeing a parent. Into the woods… down to the marsh… walking to the drugstore to buy Lance crackers and a Coke. It also depresses me how little the children of today are allowed to do on their own, at least around these parts. There are only two boys in our neighborhood that I consistently see out and about on their bicycles and every time I see them on the playground alone, it makes my heart sing that at least some children in this neighborhood are having adventures…

That said, Spier’s adventure here isn’t exactly the sort I had in mind, but still… the fact that these children would even have to opportunity to stir of this sort of trouble is pretty amazing. 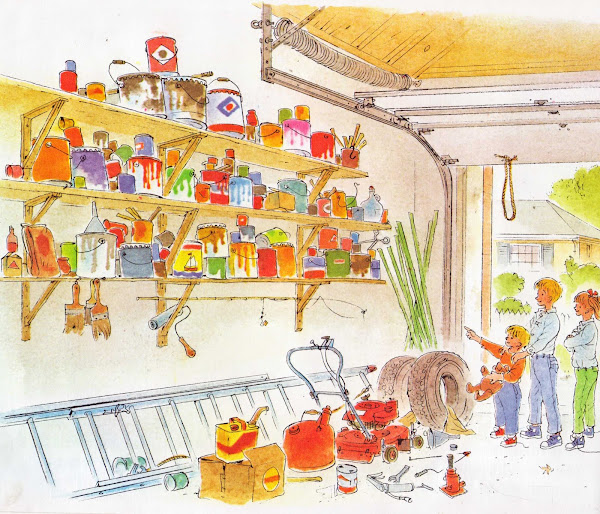 It happened on a Saturday morning that Mrs. Noonan said to her husband, «When are you going to paint the outside of the house? You’ve been talking about it for months.»

After breakfast, Mr. and Mrs. Noonan left for a day of errands, they told the children to behave themselves, that the babysitter would be there in a few minutes, that they were to feed the cat and the dog and make their beds, that their lunch was in the refrigerator, and they would be back late in the afternoon.

But the sitter never showed up. 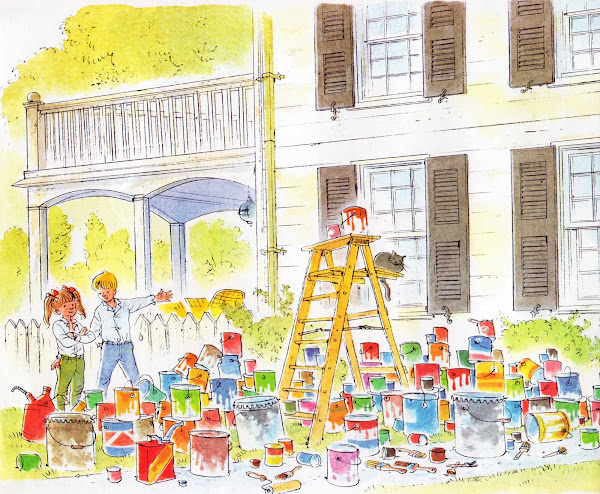 Ah, yes… the sitter. When she fails to materialize, the children get the notion to paint the house themselves and hilarity ensues. More than a bit of the Big Orange Splot in these pages. The title references the perceived reaction of the parents when they arrived home, though somehow I can’t imagine it when down so sanely. 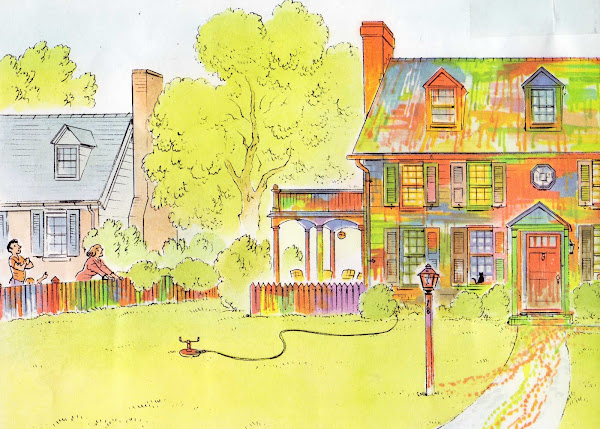 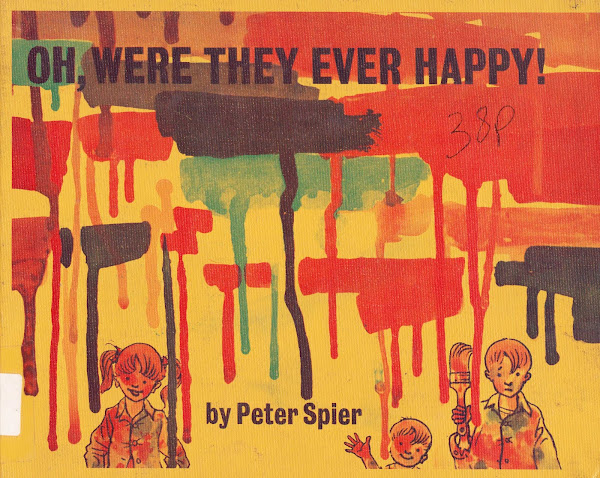