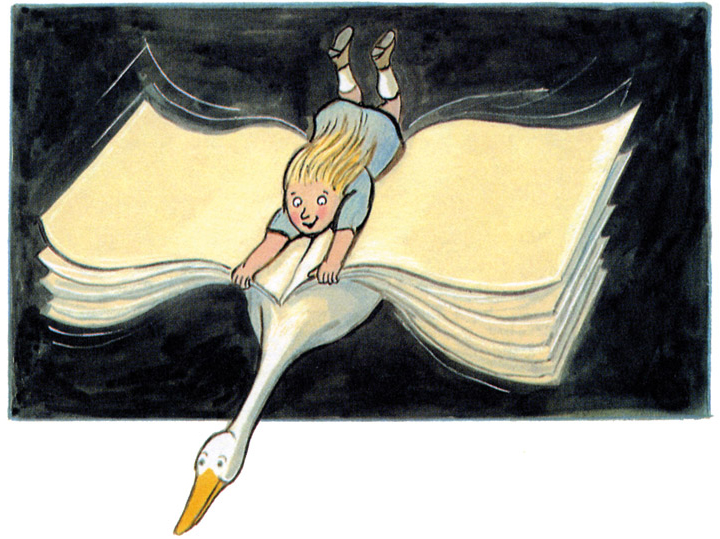 VKBMKLs: What sort of books do you collect? And does your collection include books for children? What are some of your favorites? 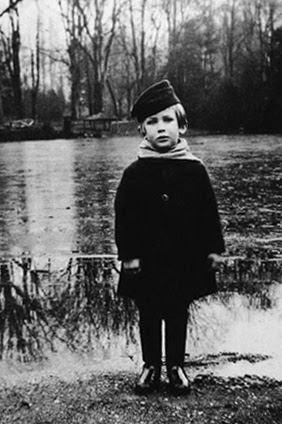 TOMI: Well you see, I didn’t go to college, and I hardly finished high school, so I totally educated myself with reading… with books. I had a huge library here, which I’ve given to my hometown, to my museum in Strasbourg. It is a visual library, which touches everything. I’m lucky enough to be totally trilingual, so I write in French, German, and English; books have absolutely shaped me. Of course, I collected a lot of children’s books, but the nucleus of my children’s book collection is quite rare. Old Victorian books. I was brought up with my mother’s and my father’s books that they had as children. German fairy tale books, etc. I would say the most marked of the titles would be the Struwwelpeter, an edition of 1862 or something like that. Then Max and Moritz by Wilhelm Busch. He’s a great poet as well and Max and Moritz was turned into a comic strip in America later, which was Katzenjammer Kids. Those were really, really great influences. But as I already said, I never can repeat the same style and do the same books, except in a series, you know. Like the Mellops had to remain the Mellops, but whenever I start a new children’s book, I just take off anew. I have to find a new style, a new way of expressing myself. I don’t mind letting myself be influenced. Not that I copy, but just let myself be influenced by other stories, by other illustrators. Like for instance when I did the German book of songs, Das Grosse Liederbuch [The Great Songbook]… my god, this huge best seller! Those drawings are totally romantic, and my influences there were people like Caspar Friedrich and all the German Romantics like [Gerhard] Richter.

VKBMKL: Out of all the bookshops you’ve known in your life, do you have one you loved the most and why?

TOMI: Well, absolutely right away it was The Strand Bookshop. Don’t forget I lived 30 years in New York. It was nearly my second home. I used to go there with Maurice Sendak all the time. I would say that in the Strasbourg library at least half of the books came from Strand Bookshop. In every possible form… medical books, various editions… and the prices in those days! I found a copy of La Femme 100 Têtes by Max Ernst, copy limited to number two for 50 cents and all that. It was marvelous. 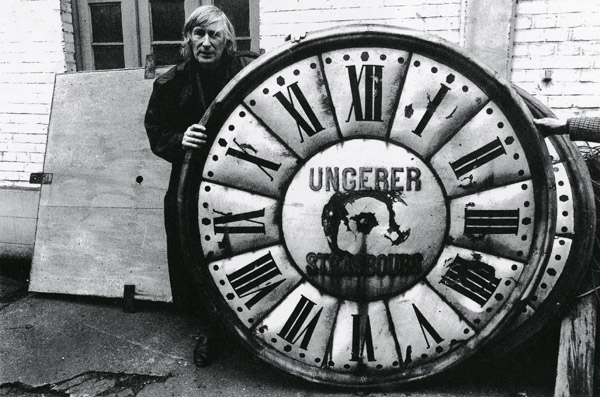 VKBMKL: Somewhere I read that you are a toy collector. Can you tell us about your collection? How large and what sorts of things does it include?

TOMI: My wife gave me once a little… made by [George] Carette in Nuremberg, made I’ll say about 1890, a metal boat. I fell in love with this boat and started collecting all the toys. This has turned into a major, major collection which I’ve given to my hometown, over 6,000 pieces. It was not a specialized collection. It was just toys in general. Most collectors are always looking for the new piece; I liked always toys which had already been played with. A lot of them repaired. Sometimes toys I was never even able to find like the double decker bus. I built it myself out of tin, and it could easily pass for the real thing. 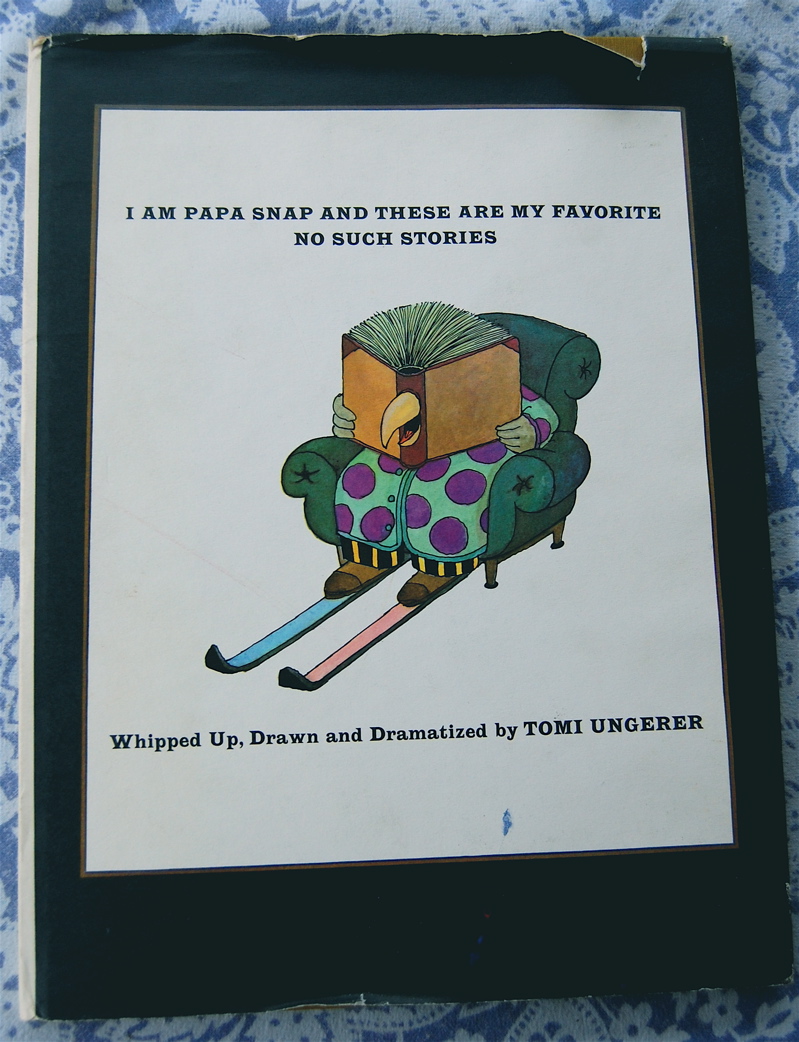 Now, there were many elements. The graphic element. I like to make things. I like to invent things. And the mechanisms in there are truly, some of them, so ingenious, it’s an inspiration to me. A lot of them, since they were broken, I had to open them up and repair them and fix them. I’m quite good at faking patinas, you know. You could rarely tell that they were ever tampered with. I really made them work, and I can say, too, that I played with them, like with my steam engines, and…the piston would be missing, and I’d have my little lathe, you know like hobby makers, these kinds of things. A lot of those toys I sometimes put in my children’s books. Like if you take Papa Snap, there is this big boat that’s sinking, while the big locomotive in the railroad station that’s a huge… three foot long… it’s a steam engine, so it’s all part of my inspiration. And then where I don’t need it anymore I just dump it or give it away. Now most of its in Strausbourg or in storage and I’m still finding the time to find the budget for another museum.

Books by Tomi Ungerer:
The Hat
The Mellops Strike Oil
Crictor
Seeds and More Seeds
The Three Robbers
Zarelda’s Ogre
Christmas Eve at the Mellops’
I Am Papa Snap and These Are My Favorite No Such Stories
The Beast of Monsieur Ravine
Emile
Allumette
Book of Various Owls
Rufus
Adelaide
Moon Man
Otto
Flix
Beastly Boys and Ghastly Girls
Orlando the Brave Vulture
No Kiss For Mother
The Donkey Ride
Mellops Go Spelunking
The Great Songbook
————————————————–
Read along on Facebook, tumblr, Twitter and Etsy.