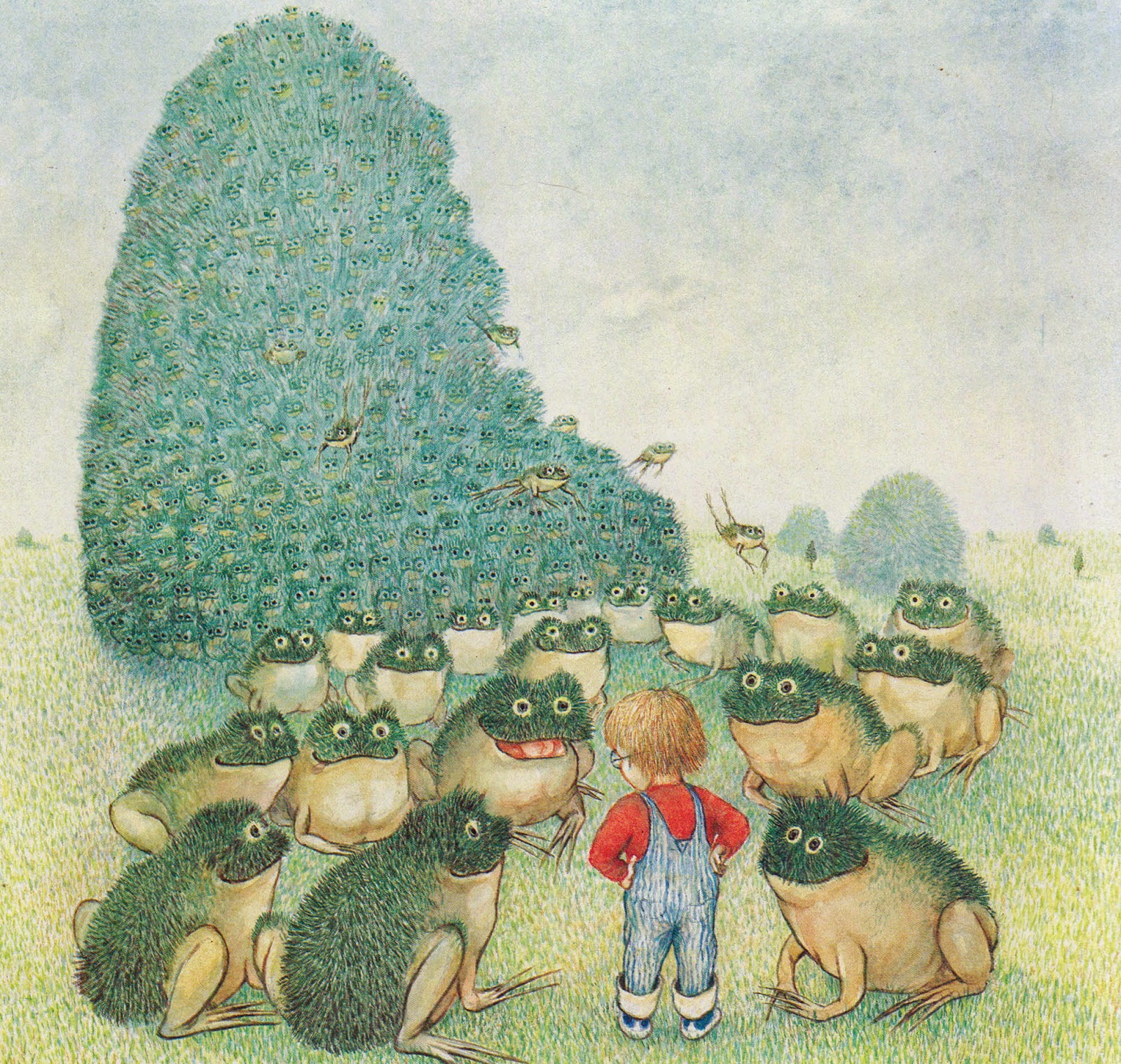 An early book by a husband and wife team who are two of the most famous children’s book authors in the Netherlands, its cover haunted me for a while before I actually picked it up and read it. The fantastical realism inside, didn’t disappoint. 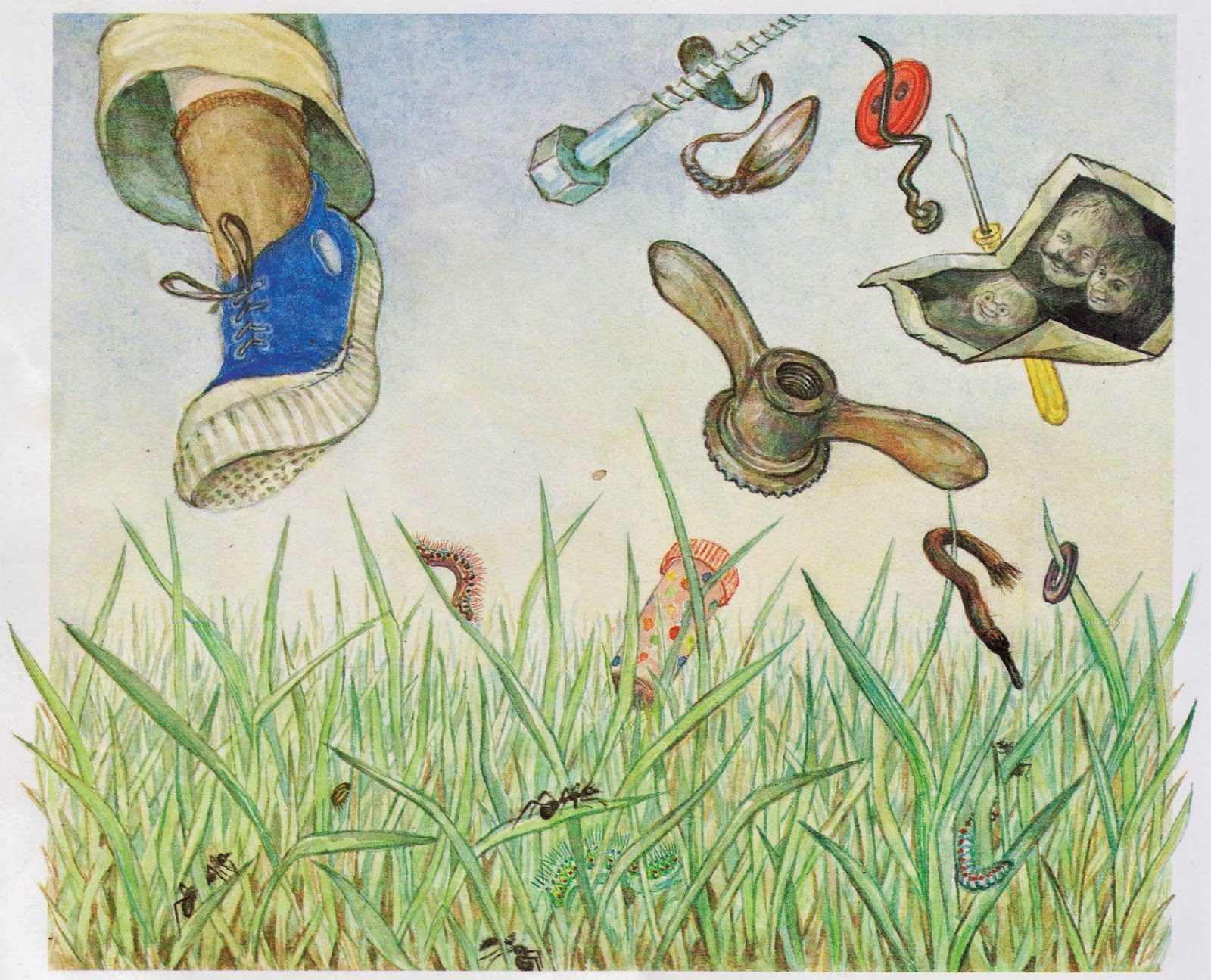 Meet James. He lives in a tall apartment building, but loves to visit the pond in the woods behind his place. His folks are always getting on him about bringing frogs back to the apartment, and one day, sad and dejected missing his frog friends, James begins blowing bubbles and something strange happens.

One of the soap bubbles began to grow bigger and bigger and bigger. When it had grown so large that it completely surrounded James, it started to float out of the window, carrying him along in it! 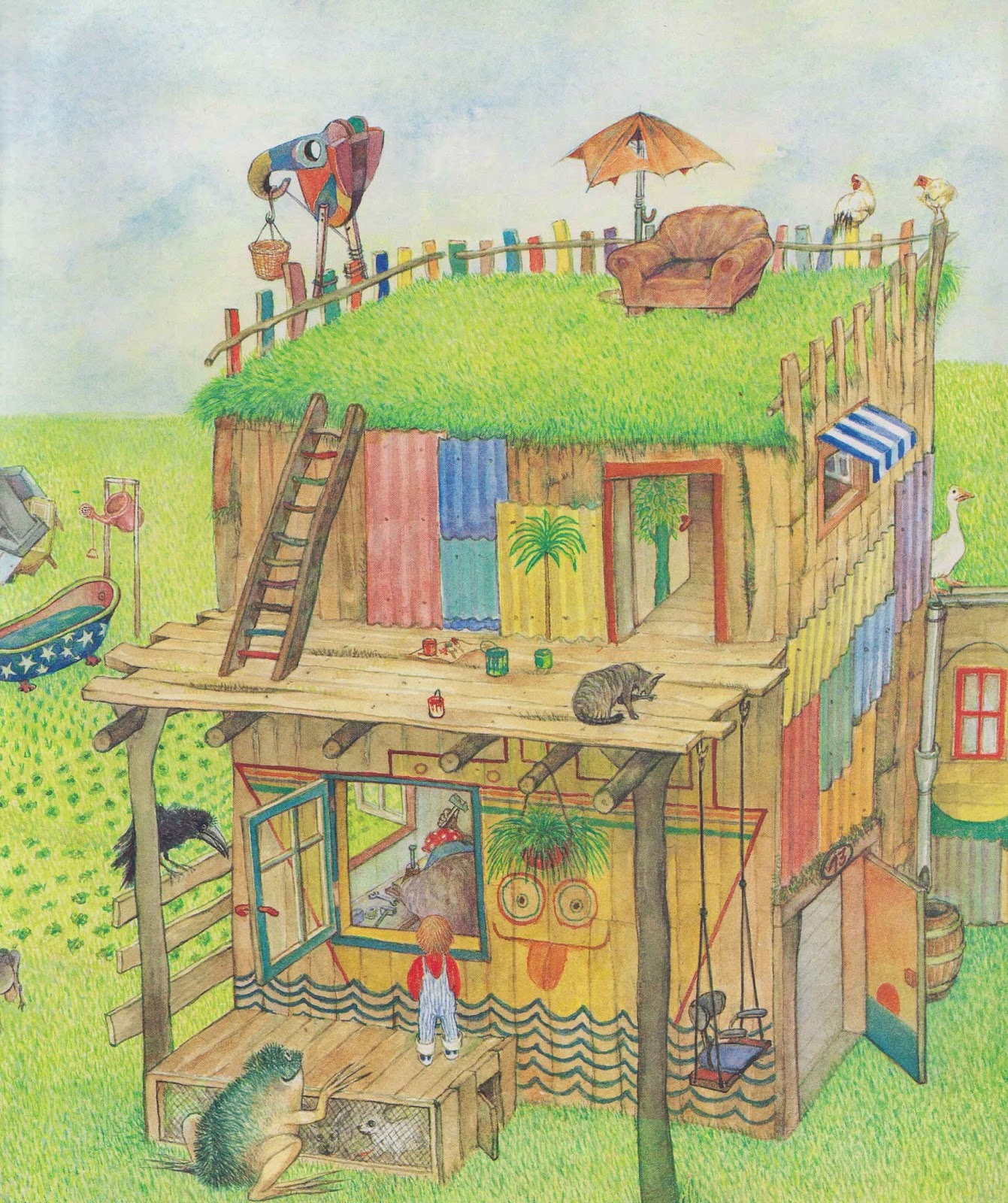 It’s not until his bubble finally lands that things get freaky. He meets a mess of grass frogs that eventually take him to Mr. Odd-and-Ends, a guy that lives by an enormous junkyard in a house made of junk, grass, rabbit hutches, and other, ahem, odds and ends. 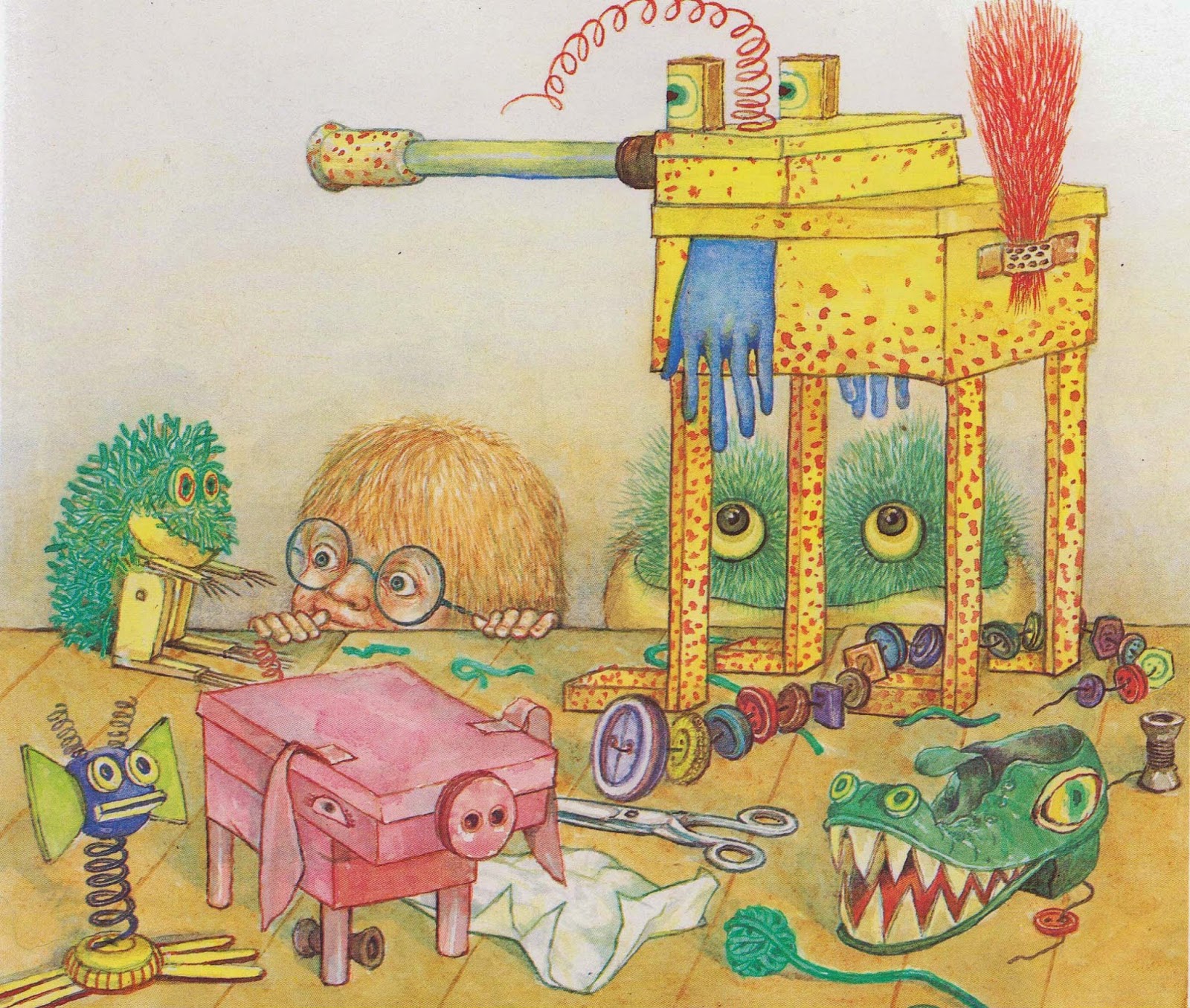 The mysterious man makes all sorts of things… like toys made out of shoes and match boxes, button snakes, but even better, a Heli-plane; one that is missing a part that James just happens to have in his pocket. 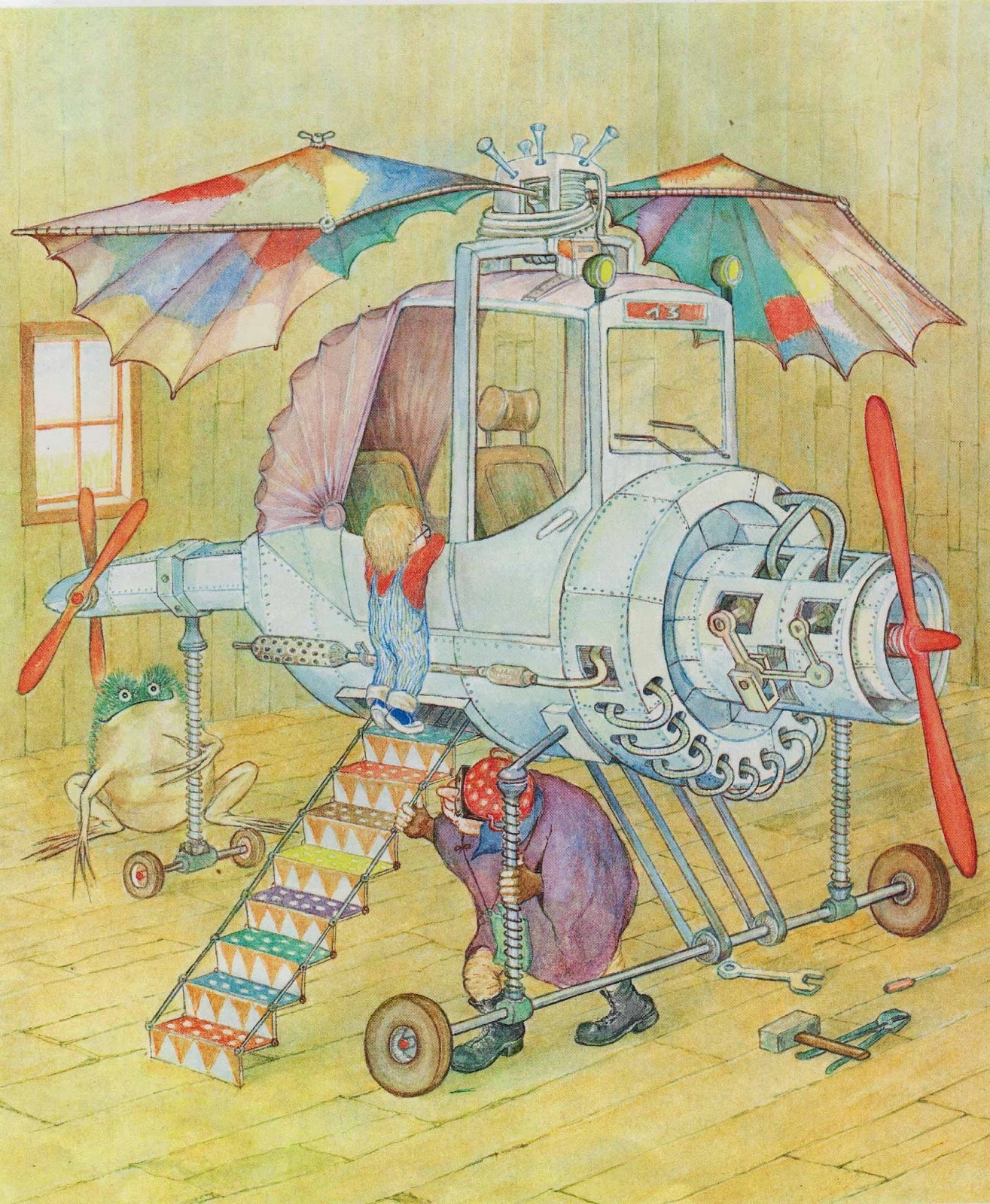 Not really sure how the story arrives at the ending, but let’s just say, James’ parents don’t have much of a problem with frogs anymore. 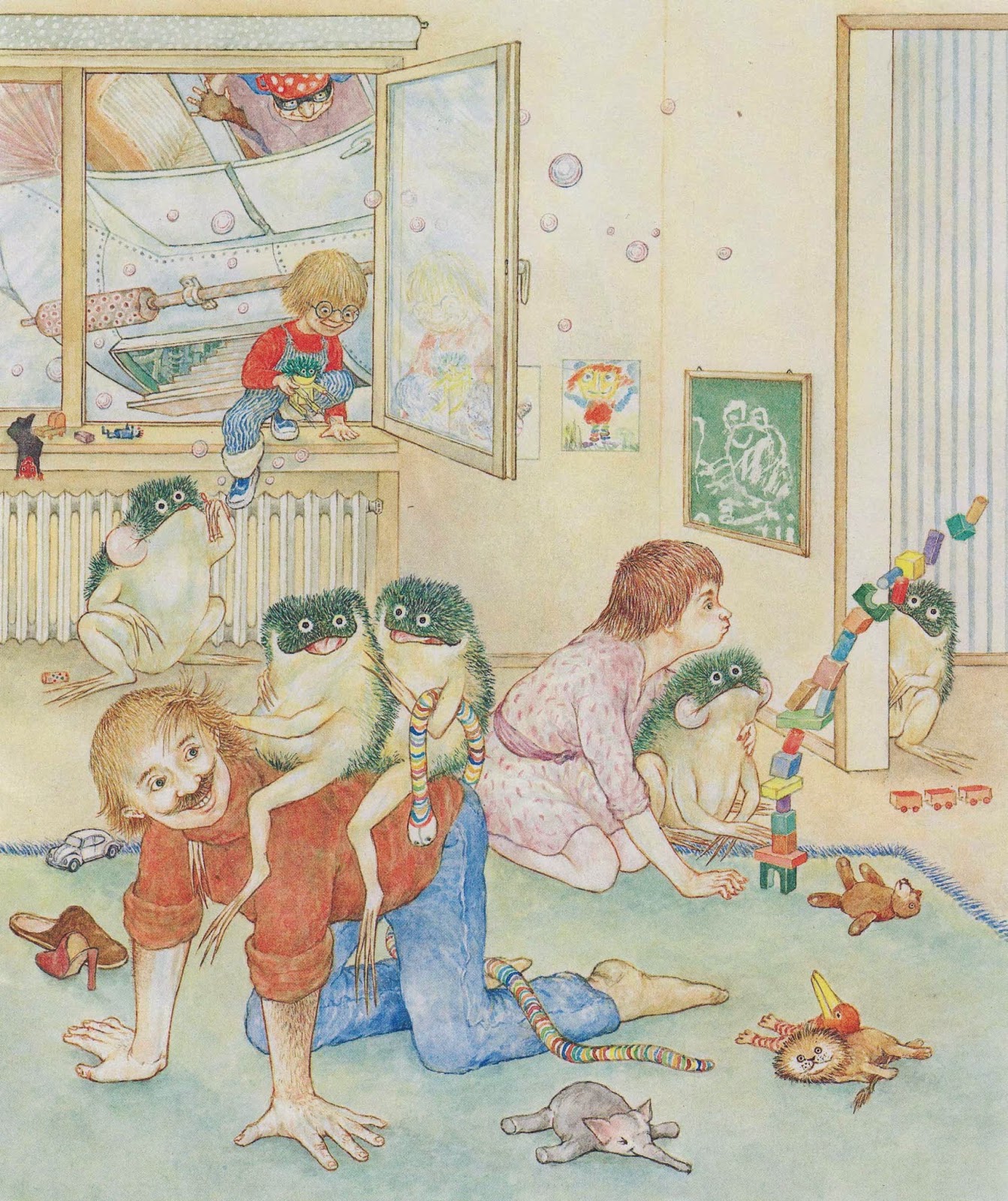 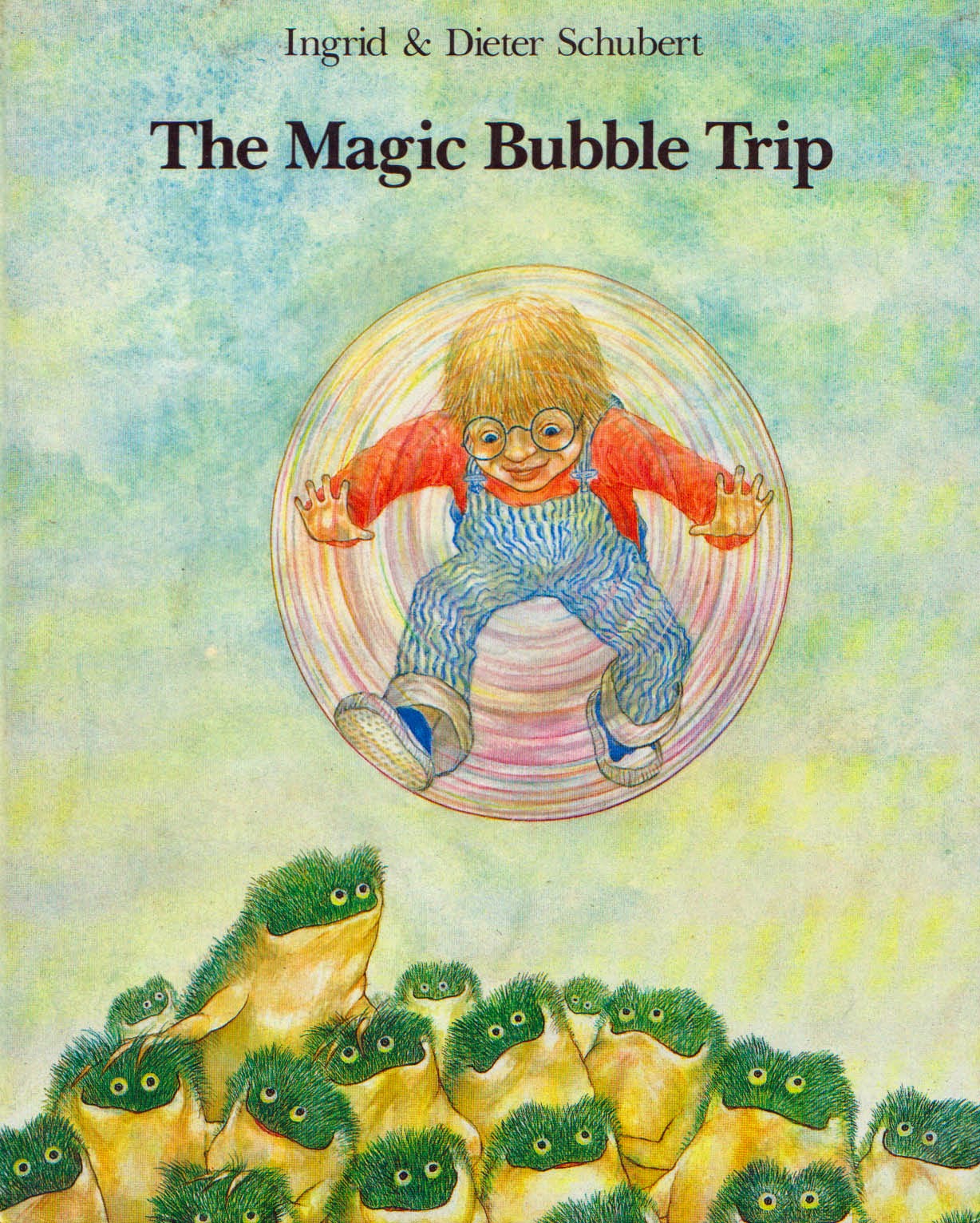