Not the most inspired Jack Kent of the bunch, but I am still on a mission to chronicle every last one of his books. The sweetest part of this little ditty is that it follows the classic Kent formula of a wee one wishing she/he was something other than wee. And I love love love the blue and yellow! 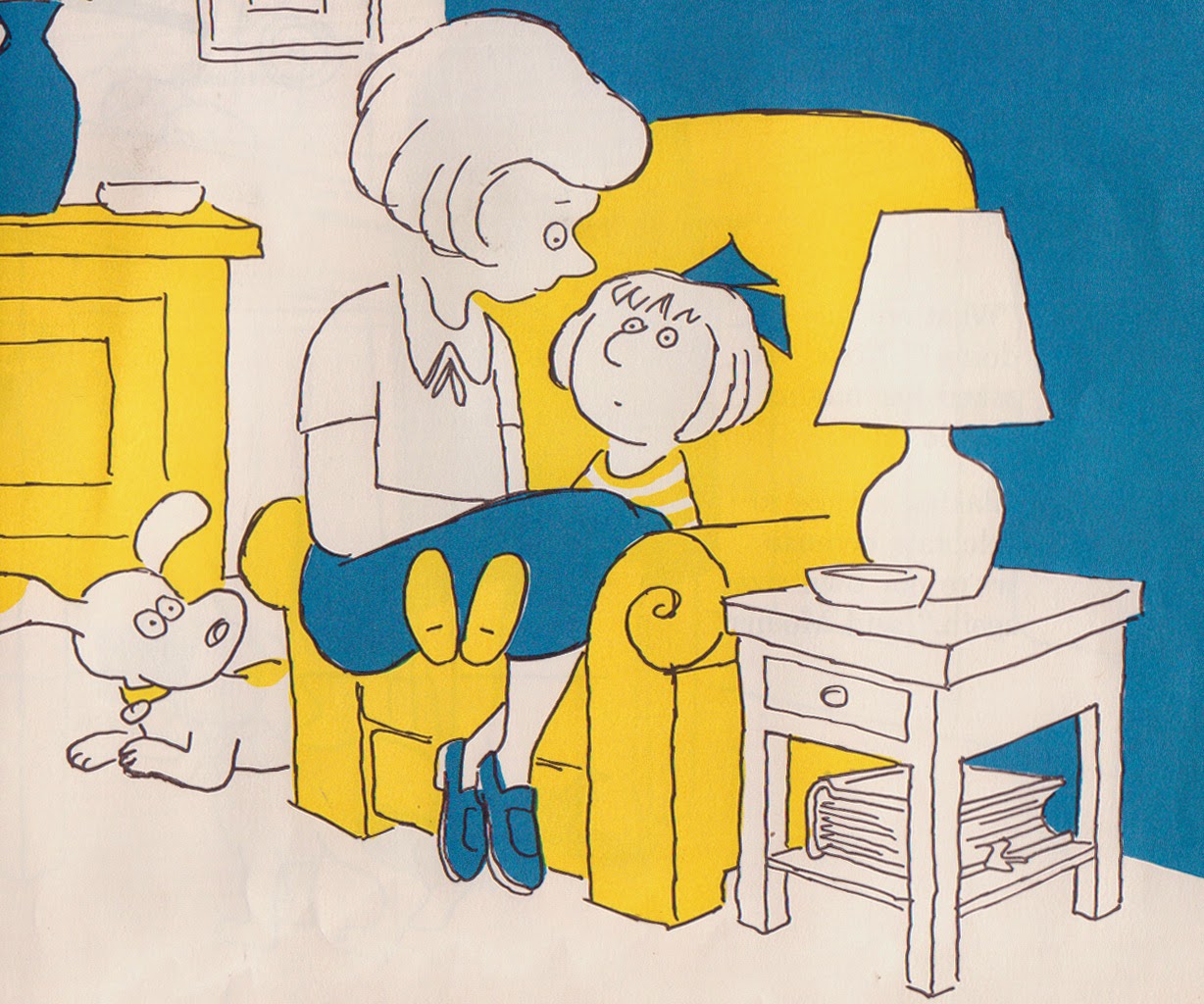 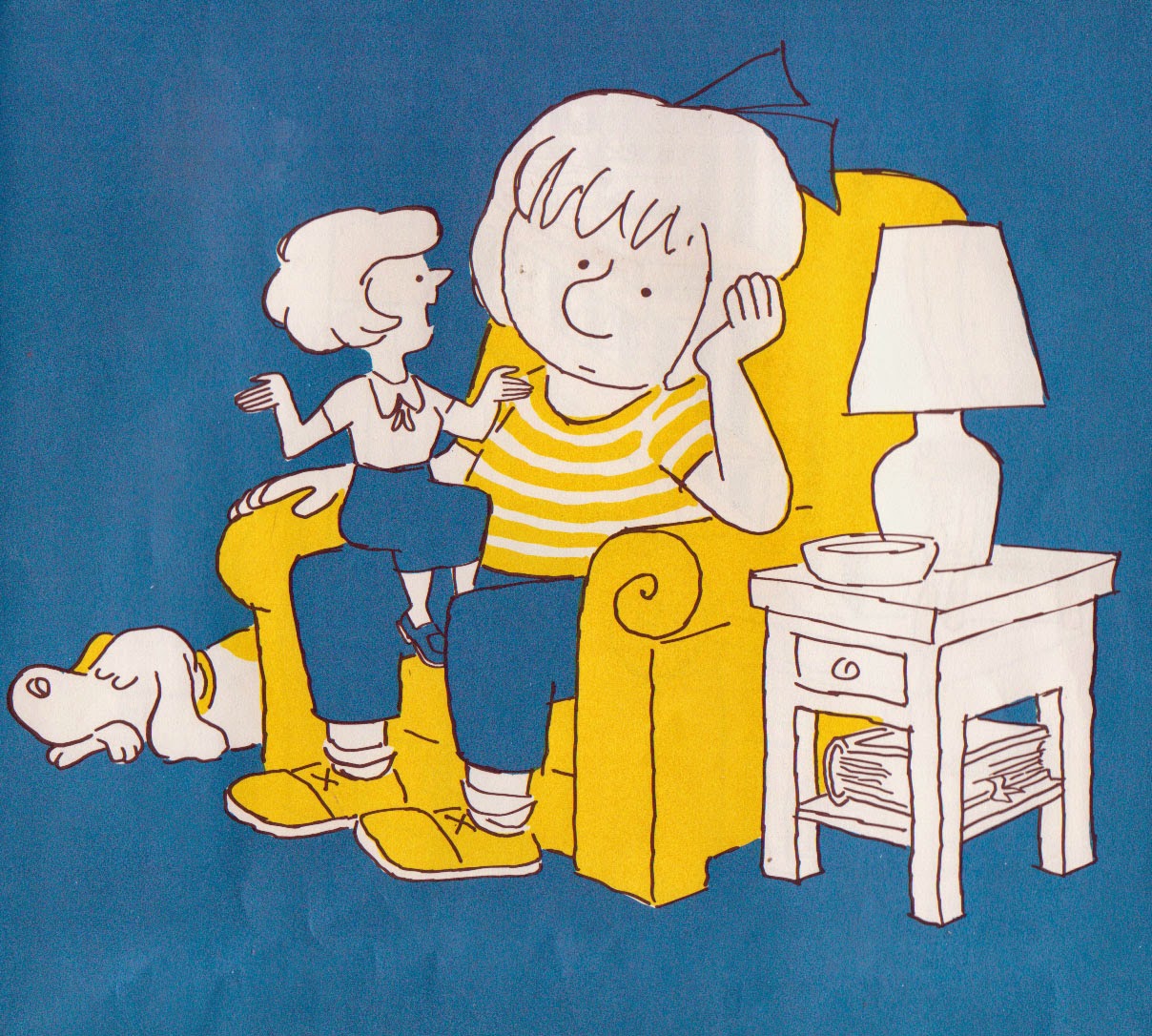 Life’s rough when grownups are always telling you «You’re wearing me out!» and you always have to study the bottom of things. Ah yes, there’s always a wish, and in a Jack Kent book, wishes always come true, even if it does seem like the grass is always greener. In a freaky Friday twist of fate, everything gets flipped upside down and comedy ensues. 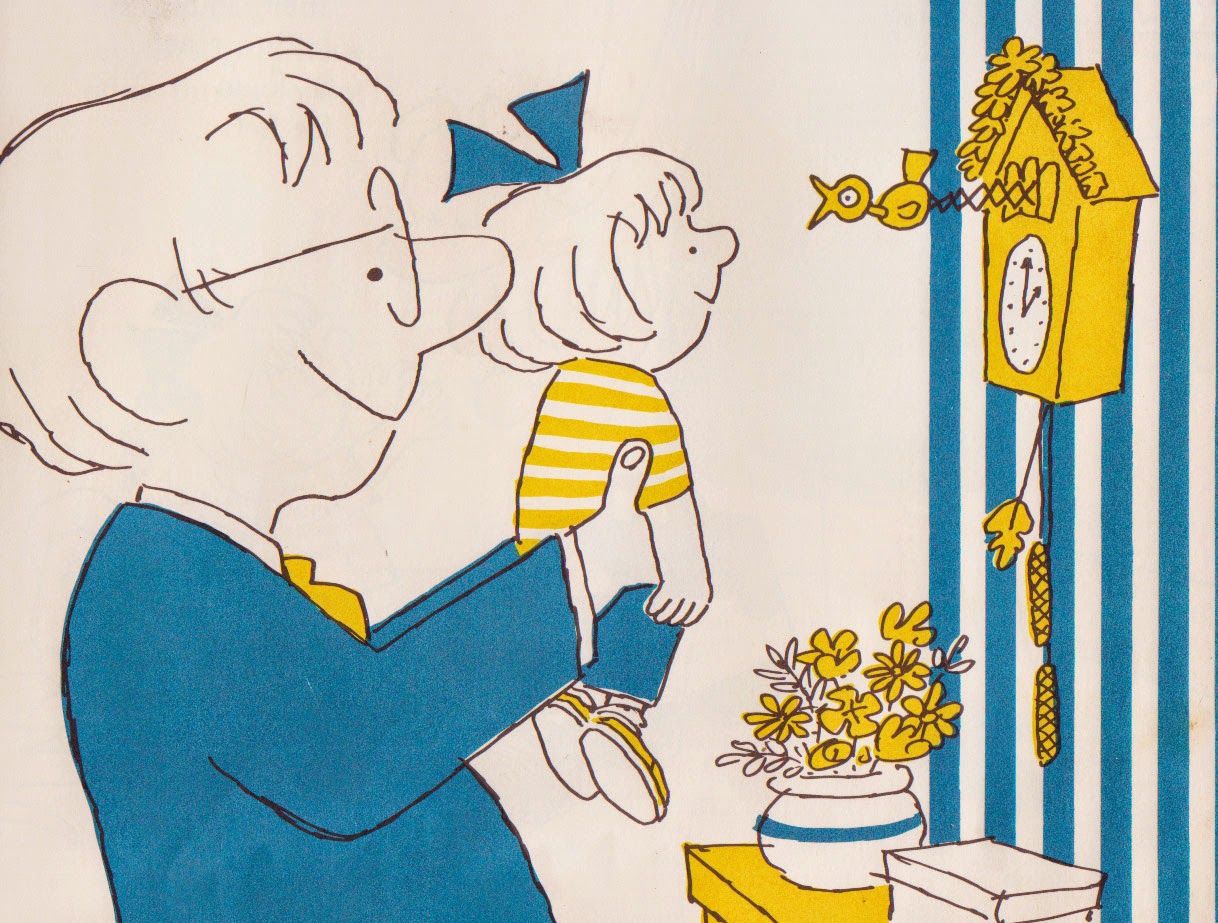 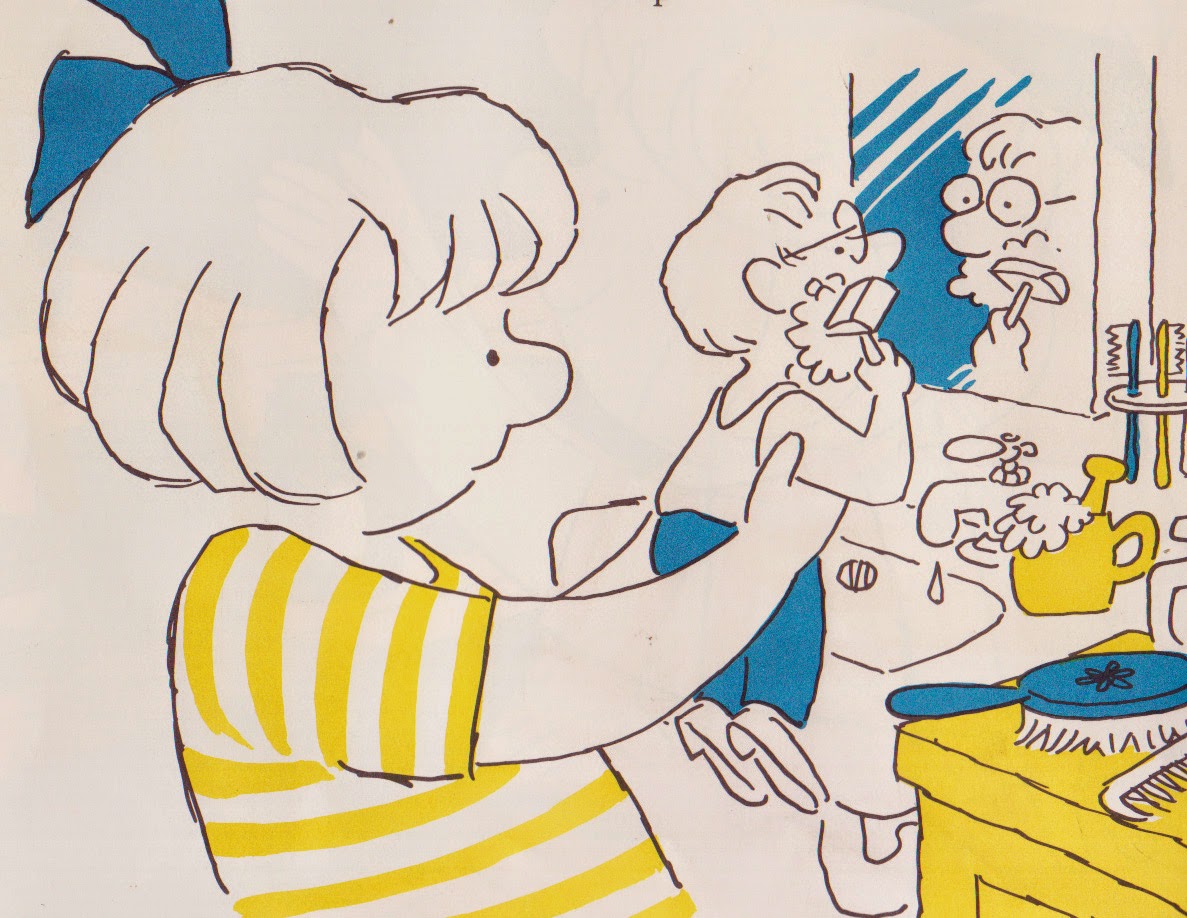 If you’ve never read the bit I did on Kent a while back in our local alternative press, check it out. (The post by his son, too)  And if you are a newcomer to his stuff, run don’t walk to your nearest used book shop and try to get yourself a copy of Dooly and the Snortsnoot, Mr. Meebles, Just Only John or any one of his fabulous fables. Also by:
Jack Kent’s Twelve Days of Christmas
I Was Walking Down the Road
The Grown-Up Day
The Fox and the Crow
The Biggest Shadow in the Zoo
The Animobile Book
Jack Kent’s Book of Nursery Tales
Dooly and the Snortsnoot
Mr. Meebles
Cindy Lou and the Witch’s Dog
Clotilda
The Blah
Jack Kent’s Valentine Sticker Book
The Bremen-town Musicians
Round Robin
Just Only John
Fly Away Home
Fat Cat
Piggy Bank Gonzales
Socks for Supper